Hi there! Could you @unik , @DeathCookies explain some of the behind the scenes events / stuff related to eboards in your country?

Basically, this is not all of the question I wanted to ask about eboards in your country…

I just want to know about how many ppl are riding them in your country in general?

Could you guess? Because it looks like a lot of french ppl get evolve boards… and there’s also just more ppl from the internet, who live in france or germany and have eboards… English people also got a lot of them… but that is further from the central eu

Well… i already created a thread with an esk8 map. You could specify your question and ask if we have seen more people that are not on the map.

You do not have to forget that germany isa country with many laws… some people even got a fine of more than 500€ because of it -.-"

@DeathCookies Hey, you should have put that map somewhere at the top! I dont see almost at all… I knew about it when it just '‘started’ but for now Ive totally forgot about

I’ve read yes, that in germany the rules are quie strict and polcemen will use the chance to stop and give you a fine for ‘‘unregistered powered vehicle’’ or such… but there’s no such category yet, to register legally eboard… without having to get a certification / approval of it… etc… crazy stuff…

Mellow I believe was working on it… and segway had pushed its own legislation for their segways to be made as a special / seperate vehicle category… which has some rules governing it.

How should i put it on top? you could make a post there to bring it back to the top

I think if @onloop stepped it, he should be able to at least pin it to the top! Perhaps moderators can also do this… but besides that, I’ve also seen another forum with the same layout/platform with some links at the top / near the ‘‘banner space’’ -

I also got to see the banner in the beginning but then it seems it was somehow disabled… at least for me personally.

Meeting in paris yesterday, okp, one of unik founder, was here 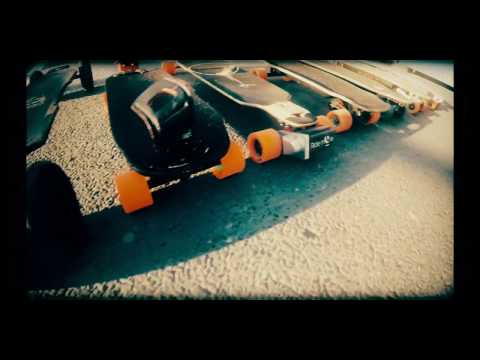 Yeah would be nice if it gets pinned

It looks like you go to ride in the same place almost all the time!

or is the the meeting place since it is somewhere in the center? At least I’ve seen that ‘‘canal side’’ a couple of times by now

Anywyas nice vid… at least Im seeing you are having and growing it as a eboard movement there, in France

Riding with other ppl is cool non the less

meetings are organised on our french forum. We use the app “zenly” to meet up when we ride in the city. And yes, the “canal side” is a good spot to ride in paris

hah, good thing these are ‘‘fenced’’ we have one (canal side) and if you ride really close to the side… it is possible to fall into water…

im not sure why they did not fence it… but for sure, I almost lost my board in the water, if there were no bindings for my board.,

As my foot was in the binding… my board flipped over and just landed on its ‘‘battery compartment’’. Ive got a big ‘‘tower thing’’ on my back end of the board… and on top of it is the on / off button… it so funny to find out that my board had switched off… only because the on / off button was pressed by the impact to the ground…

Time to have a leash like old times snowboarding!

My foot saved the board somehow but it was also the path which forced me to go such close to the canal side…So I cannot blame the city or the environment because I just chose a very narrow passage around an obstacle and to not crash into the latern, which was standing there… (will take a photo once I get there! )

Will be more careful next time when choosing on which way to ride… Should also make a '‘VR’'map of all the city to let other future eboards be warned about obstacles in their path! There should be ‘‘safe ride’’ zones… vs ‘‘dangerous ones’’ where it is easy to run into cars… or get to ride onto or down from curbs…!

Some streets has these nasty ‘‘drainage canals’’ and at first I really did hate them because they made my motor pulley’s set screws come loose… then after a while (also when set screws were secured back again) I noticed that with speed the obstacle is less ‘‘bumpy’’, even if it does give a shake!

There is a lot of to learn to actually ride streets safely and at high speed!

To get back to your original question:

So this number can be far off.

@Duffman Thanks for the statistics! I was actually a bit surprised when I found out there are also approximatey 3000 members on this ‘‘international’’ forum… I will try to look up the number once again…

Edit: here it is

Anyways… with 3000members on the german forum side, I assume you should still be able to create a little community of eboard riders / enthusiasts there… at least I remember that you had created an extensive build log of yours there, too