Funny / weird accidents while on Esk8!? Share your story!

Hi! Not sure whenever someone has tried to create such a thread before but here it goes!

I can probably find some ‘general ones’… like - loosing screws, getting a spark from connector and getting caught by a surprise, battery runs flat and either you need to kickpush or walk home (walk of shame?), … mh what else?

Anyways… some I remember are:

Accident / Board near water: Riding in winter, hitting a crappy block of ice / snow, falling afterwards while board moves 50cm to the canal side with water (board was about 2 meters from canal in end, im glad, i wasnt closer)

Responses from people: Wow, u are like some sort of inventor! Have u tried to sell / patent the idea already? Do u have a business? (or similar lines)

Mechanical failure: while riding near tram tracks I lost power after a while and wondered - wtf happened? Looked at my back side, where motor is and saw no belt on the motor… Guess what, the gaps / blocks near tram track created enough tension to rip my belt apart… (belt was on the tight side)

Not enough battery juice: Was casually riding in city, met a few guys I know, one of them had a BMX and they were planning to go to skate park while I was on question mark whenever to go with them too… The bmx guy said… ahh what it is for you not to go, u have got the electric board no problem…

Ok getting there wasnt a problem but the guy couldnt really go into my head to know I will need to do some more riding afterwards… guess what, when riding back to home later I was on my last leg of battery, stopped for a quick recharge in hope to get where I need further, charged up but as it turns out I didnt put enough juice into battery so in my last 1-2km board completely stopped… so ah had to walk a bit and take a bus in the end.

I know mine are not the most quality material as it is… but Im sure i will come up with something and maybe ive just forgotten some good stories / things ive witnessed.

not sure if it’s the same, but something similar:

When the world trolls you? Share your skate trolls

So I’ll start off by saying I’ve been riding with these gloves since November but it’s been cold out. Anyway. I went riding for about 21 miles with a buddy of mine. Stop to take a water break. Take off the gloves take off the helmet. While drinking...

Giving board to someone else:

I had car esc installed on the board and I cautioned some guys not to brake hard when riding it… well guess what, somone hadnt heard my warning, got up to a good speed and tried to brake… The guy was a good skater, so he just rolled out but it was quite a view seeing how the board stops and the guy flies forward into a roll so quickly…

On my first build I was going downhill, 20 degree slope approximately, riding the brake. My ESC got hot, went full throttle, I went “ass over tea kettle” so to speak

. Bruised up on my back and hip, but nothing broke…and nobody saw it so that was a plus.

On my second d build I was riding through the warehouse, took a tight curve, hit a puddle if water and landed squarely on my ass…that one hurt.

I have a few. They are not weird or funny… I’m already in love with this thread.

i bring a skate tool in my back pocket for this reason. removing the belt and then get back on my merry way looking like a jackass pushing a board going like 15km/h with a tsg pass

only had to do that one time though

Responses from people: Wow, u are like some sort of inventor! Have u tried to sell / patent the idea already? Do u have a business? (or similar lines)

god i hate that conversation. No you can’t patent an amalgamation of patented or open source components. No, you can’t trademark an invention, you’re thinking of branding. Yes, i’ve thought about a business… wtf is all this shit in my garage, genius? didn’t i just say i build these for money…

I once took an 8 mile walk after doing some range testing. Lets just say i had some settings that needed to be adjusted… lol. That sucked.

but the best story i have from this year is when i discovered exactly how hostile the glorified trail pig trash men get about trail rule 15 (https://www.orangecountyfl.net/Portals/0/Library/Culture-Recreation/docs/Trail%20Use%20Guidelines%20revApr2013.pdf)

There i was, range testing the 4WD Carvon Evo that got sent to Canada for youtubing when a bunch of fucking twats in a pickup truck drove up behind me and started honking madly. “You can’t have that on the trail! Take it off the trail!” These aren’t officials, they’re fucking garbage men emptying the trash cans on the trail. Naturally my middle finger was armed and ready, but i decided a nasty stare was better, so I lobbed a round of facial-fuckyous to the truck and hit the accelerator.

They sped up, honked more, and got even more optimistic about my departure from the only fucking road leading directly to my car. They got closer, close enough to almost run me down, so i carved right… really hard… damn i love those Evos… and swooped onto a narrow sidewalk at like 22mph and found a log in my path.

With one stiff push to the side of the deck, I sent the the Evo quietly into the grass and it stopped. However, due to the laws of physics telling me that my inertial energy needs to go somewhere, I took the liberty of deflecting it mostly into myself and went flying into a nasty case of pizza knee. Let me tell you though, my tuck and roll was on point.

And the Evo didn’t get a scratch.

I also didn’t get ANY of this on video. If i had, i’d probably have a decent case to get that rule reversed along with some punitive damages from the county to pay off my loans.

Also, i don’t really ride the trails too much anymore. I guess the pigs would rather i rode in fucking traffic.

*Riding at night in downtown

I didn’t brake in time for a red light and locked my wheels up trying to stop while going over some leaves. I didn’t end up in the middle of the intersection but I did twist my weak knee and fall down in misery in front of 25+ college students and cars. This was on the way to work… I took the next few days off to heal.

@Saturn_Corp sounds painful. Did u heal up well or the knee still reminds you of that day?

Well it’s actually just a prosthetic leg attached just below the knee. It’s pretty cool. I twisted it when I tried to fall safely but it only hurt for a week. Esk8ing was hard for a while though because of all the vibrations and bumps. Now I’m good as ever though!

I tried Evolve GTX bamboo with new remote. It has decent torq and speed but nothing compares to DIY world. So I floored it remote died on me the board emergency braked and I flew like 5 ft. I slide out. Neverever ganna ride Evolve. Left me really bad taste and the owner can’t trust his board anymore. He wants to sell it.

While riding my wife’s board I’m cruising about 15mph down a modest hill and decide I want to show off my carving skills…except I forget that my wife likes her trucks stupid tight, so I lean hard and the board doesn’t…millisecond later I’m ass sliding into a driveway while my buddy laughs and laughs. Wish I had that on video.

In the area around the downtown area of ​​Korea, there is police drinking control every evening. I have been on ESK8 for a while and have been checked for alcohol abuse.! From now on I should put less carving on the road. I thought you were drunken.! 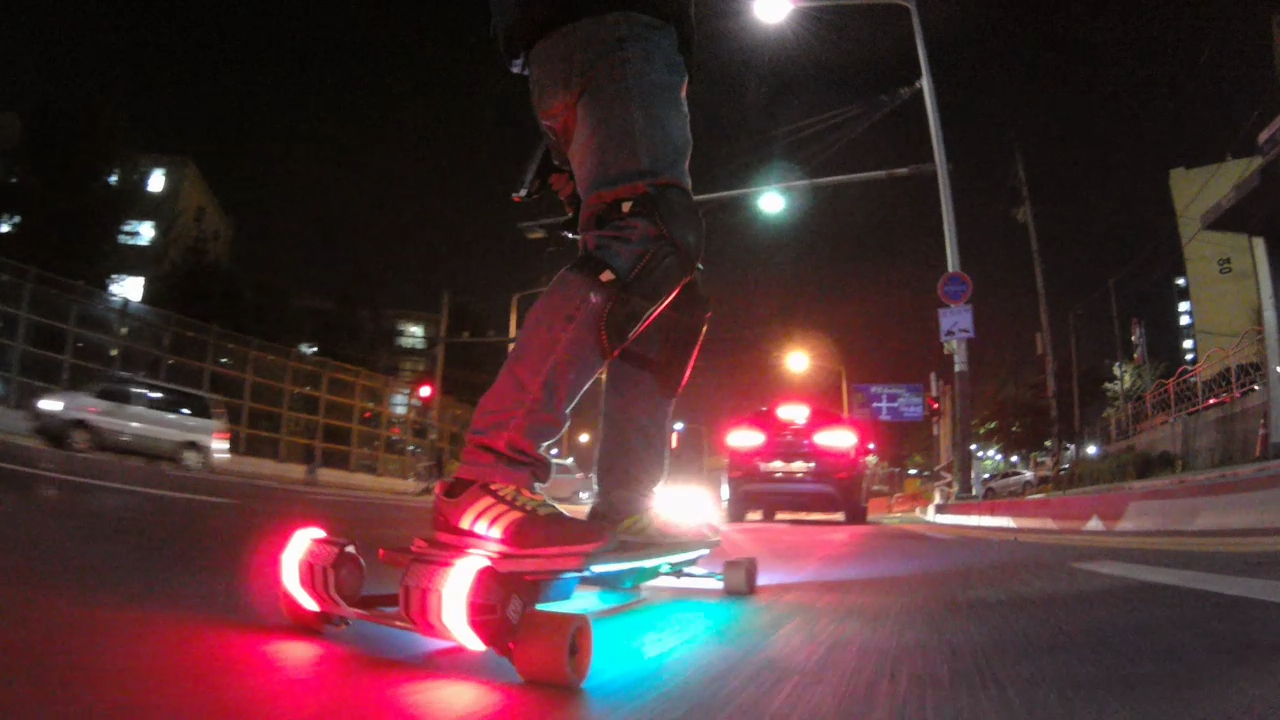 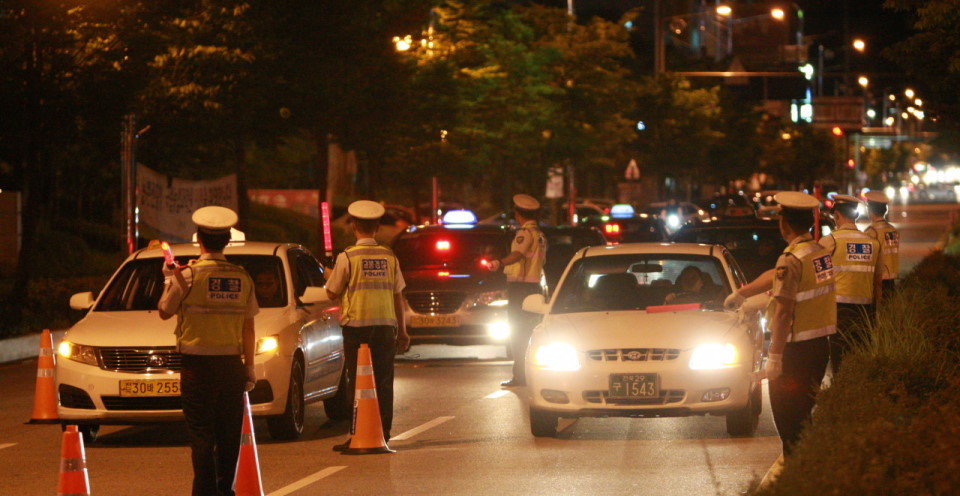 Did you actually go through a random alcohol test on your esk8? too funny

The which one are you conversation is the one I get the most and it shows the level of interest there is in this wonderful pastime. By that I mean the one where the person stops you on your carbon pride and joy with its 6374 motors and its sleek sexy design that you spent ages agonising over and asks if that is an evolve and you say with your chest puffed out " no I built this myself" and they reply with" which one are you then? Jed board?, Enertion? oh hang on are you that Max skateboard guy? Do you have a card?" and you feel like shit because you are not one of those people and why did the bastard have to rain on my parade? I am serious I have had that conversation at least three times in the last few months because people are interested and informed. I am in Australia though and it seems every tom dick and harry are knocking out esk8s over here.

Hah i guess people do see a lot of guys who have made their brands there?

Shit is dangeruous, thankful nothing else happened