Hi, I have been working on a 2 gear and a 3 gear system gear drive. Mostly discussed with people in private messages and few teaser here in there. But I decided that I should stop designing and start making.

I have worked on a 2 gear drive which I also plan to use for more budget builds since using 2 gears is a little bit cheaper than using 3 gears since there are a lot less parts and engineering involved.**

For pricing I hope to sell this for under $250 for a dual drive. Whilst the 3 gear system will be slightly higher since it probably includes 4-5 more individual parts

I will show pictures of both just to start a discussion, but I plan on start testing and manufacturing the 2 gear system just because of simplicity. There are much less work involved when sourcing parts for this gear drive compared to the 3 gear system. So I think its a good way to test the market and gain experience with something that I know will be rock solid. 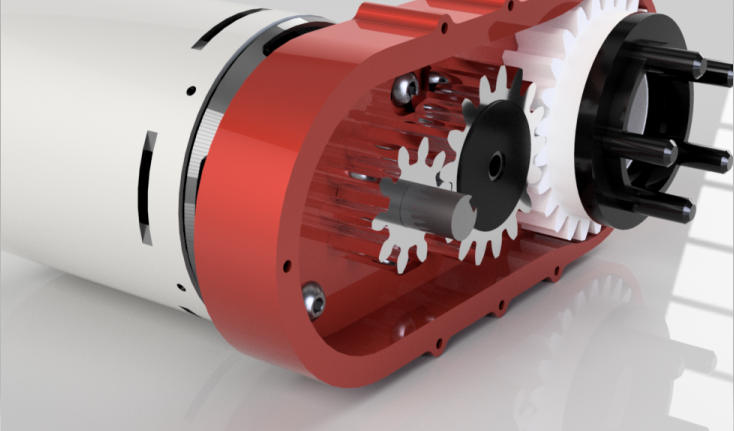 @Eretron thanks for picking up the parts 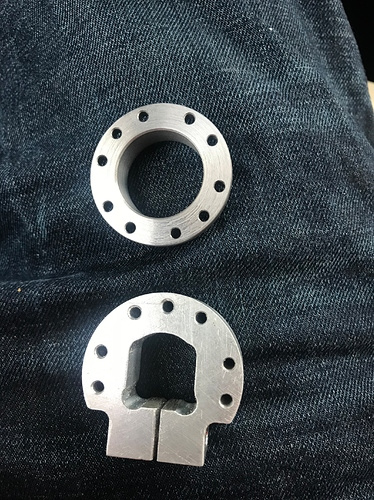 The gears are at home waiting for me to be picked up and then modified for proper testing! The only thing stopping for this one is the 1 week wait for the modified gears. I can hopefully be riding in the next couple of weeks

But need to test fitment as soon as that gets done I will work with @AreaKruzer to help provide a solid gear drive. I have designed it for TKP and caliber trucks in mind

And I have probably discussed with many people of PM. @Grozniy @skunk @brenternet @bigben

FIY, the way I have designed things for the 2 gear drive it means that SR TKP truck requires one less part which is nice

The disadvantages are unexplored, no one else has done it. I am doing it for science.

But the benefits are discussed my other topic, I will dig some of the points out

I will dig more points out but thats the main point

Prints are out and will be testing the fit. If the fittings and alignment are ok, we will be making them to test

Well I’m definitely following the progress of this. I’m highly interested in more options for surf rod trucks. If you ever need a 200 pound American who rides a skateboard between 3 job 6 days a week on crappy roads to test drive, I’m your guy lol

The surfordz version is actually easier to make. So once we have the gears figured out,the clamp for the surfrodz can be made, we’ll make a couple and see who wants to test. Think some guys in the UK would also like to test

RKP is also possible but I would 100% need those trucks with me to test.

@Skunk do we need to abduct another?

both, @moon and I will be making some prototypes within a week or two if there is no hiccups. So far we only have some alignment stuff to sort out and it’s pretty much ok for making the prototypes.

i hope this works out! seems like a good implementation!

I’ve been waiting for y’all to announce this. Can’t wait to test them out

It’s been a long time coming. The 3 gear could be a death trap so that needs my testing

As I said in pm moon, I’d be happy to chuck some miles on the drive to test it, I’m sure Ben would too but he can tell you.

We’d be on SR tkps

Lol, well if u need a willing body I have full Kevlar slide gear and will put it through hell

glad that many people are keen on @moon’s project