My buddy took a hard spill at 35+mph on his EUC, this past weekend… yes we were being little dumb trying to race, But I’m glad he was able to walk away with no serious injuries…

Did that once on my old Gotway msuper v2 at 22mph and still hurt so much. Can’t imagine bailing at 35mph plus. I’ve got an msuper X now (I think that’s what he was on in this video too) and I’m always geared up now. Be safe

What is overspeed cutout?

With EUC, when the control board pulls over 80 percent of the available voltage of the battery, it emits a warning beep. If you continue to speed up after that, when it hits 100 percent voltage usage, the board shuts down to protect itself and other electrical components

I think a soft cutoff would be nice.

There has been a lot of talk in the EUC community about a better way to set up the warnings and alarms. Some wheels have a thing called “tilt back” where it gently leans you back to say “hey slow down” but the issue is, it can throw you off when you don’t expect it so that’s why most choose the audible alarm

The onewheel chose the tilt back thing. The community hates it and wishes it was a beeper.

You forgot to mention the one death trap on the road that took out 2 boards. 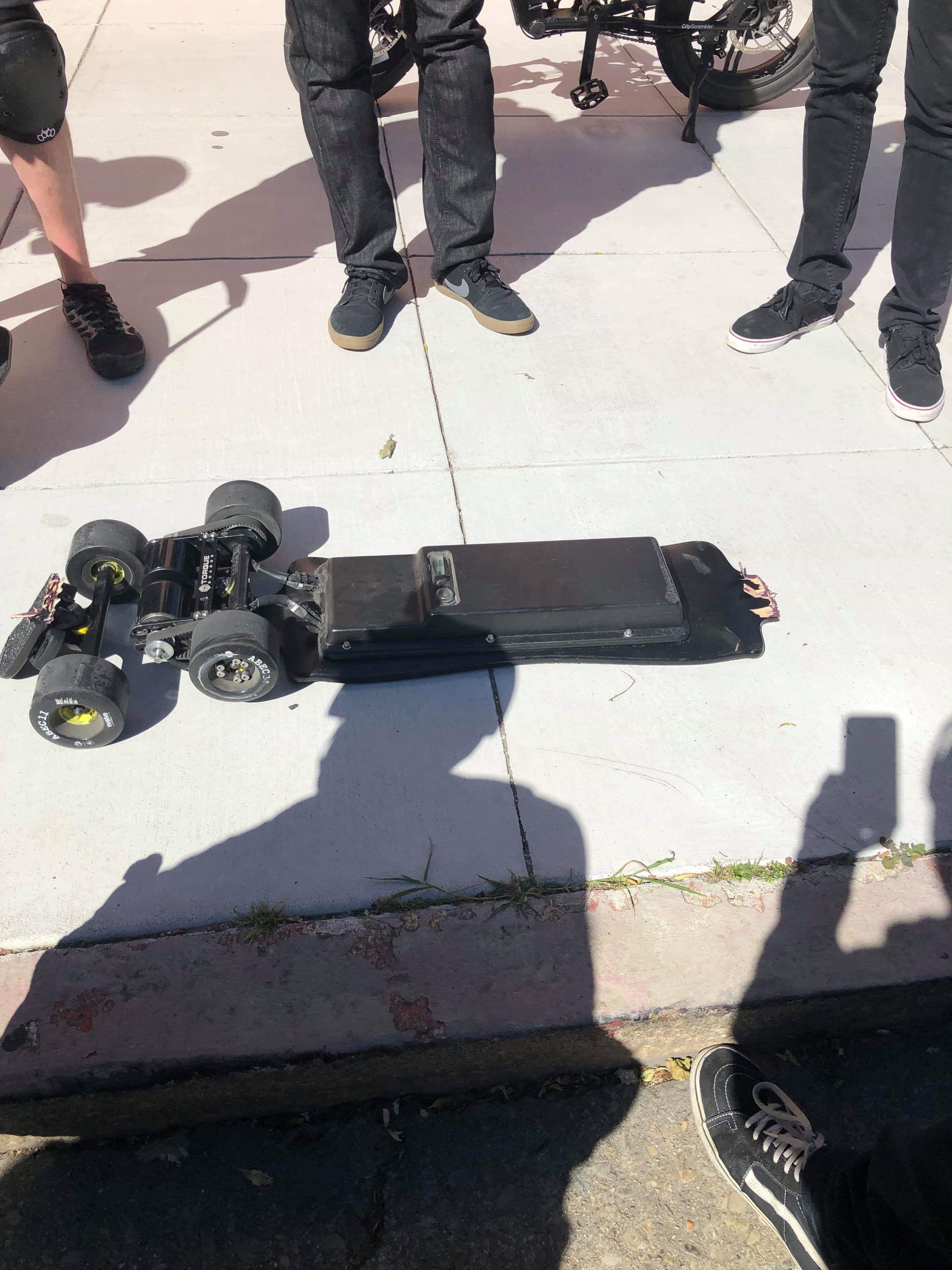 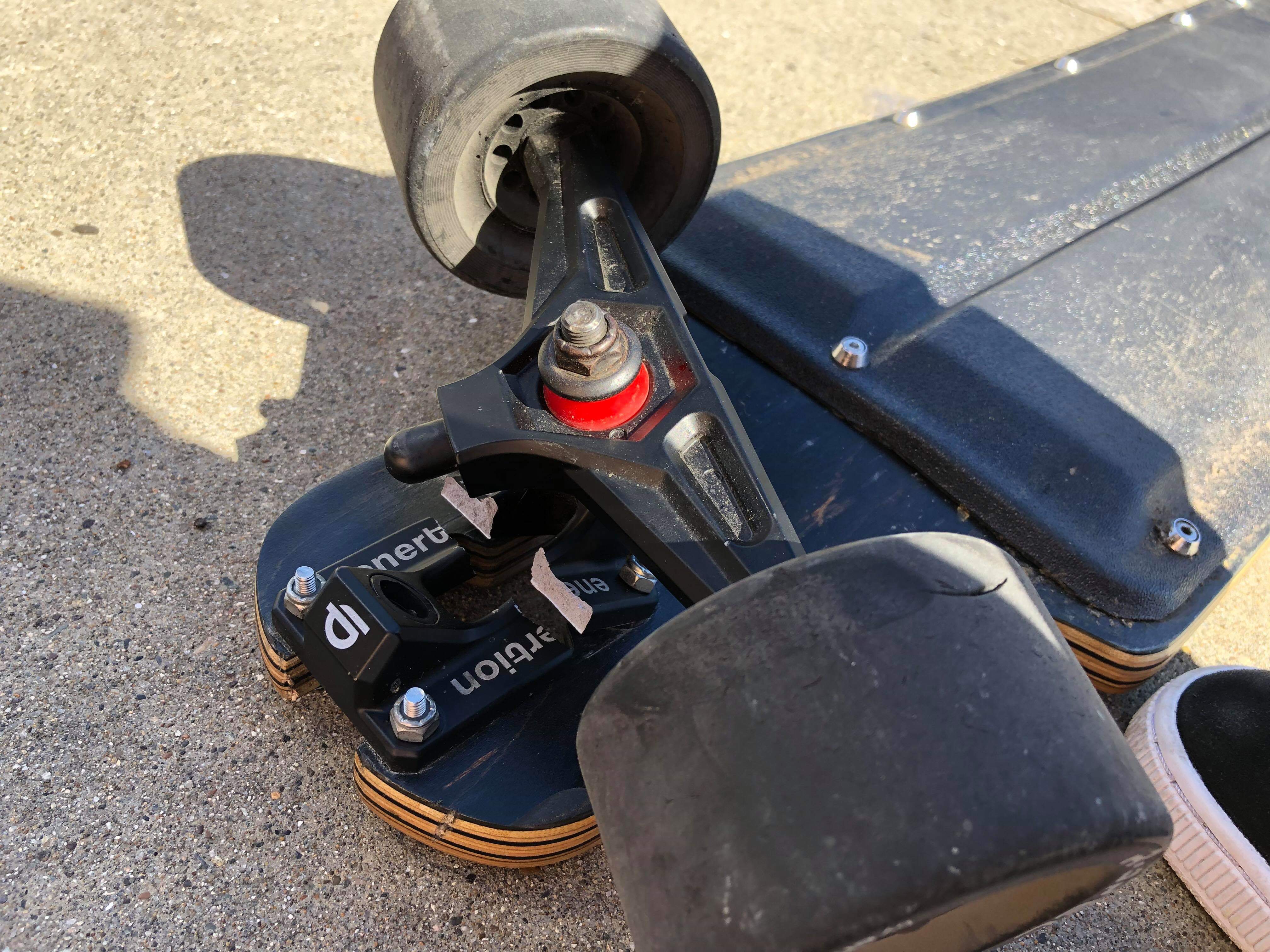 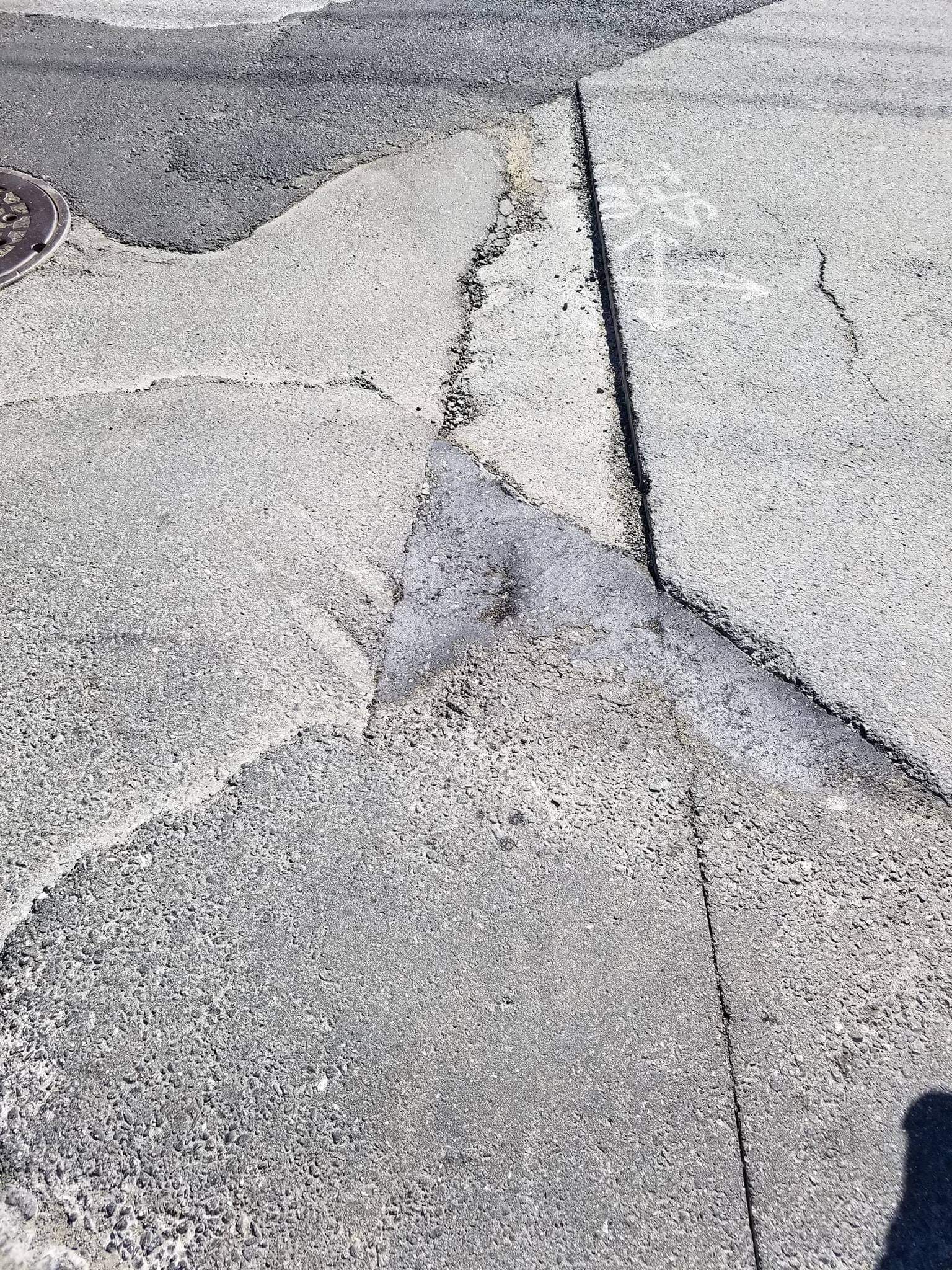 Yeah it definitely isn’t the best option. When you aren’t expecting it it certainly doesn’t feel nice.

Riding euc or onewheel is all about balance. Why would anyone choose a tilt as a warning

Lol that is some pretty poor truck design. There’s a hole right through the most structural component! Sheesh.

Also, regarding these tilt to control drives. It really is a limitation of brushless motors. They can only prevent you from falling forward to a certain extent. Once they reach their speed maximum that’s it, there’s no more throttle to give.

It was ‘Black Weekend’ here in San Fran. A lot of high speed hard falls and some totaled electric vehicles spilling their guts all over the streets. The EUC even reached 40 mph at the moment of impact… thats 64 kilometers an hour!! Amazing how our rider came out uninjured from the plunge. He was wearing full vest protection from head to toes. 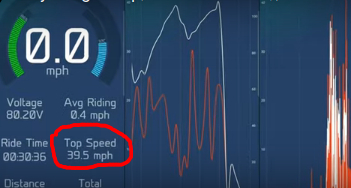 It’s amazing that thing could go 40mph. I fell off my skateboard at 25.mph a few times and I got hurt pretty bad. The 3 months ago I fell and broke my collarbone and I get nervous when I reach speed over 22mph now. I always wear helmet.

That EUC reached 51 mph before the dive!

…says the guy with one kneecap

That doesn’t look 40mph to me.