A very strange and scary incident happened to me yesterday. After switching off my remote, the board suddenly got going at full speed. Fortunately, nothing bad happened. It flipped over after going some 5 meters. I then switched the remote on again and the board immediately stopped.

I often switch off my remote before switching off the board. I must have done it like 100 times before and nothing bad has ever happened… until yesterday. I’m pretty scared to ride the board again until I investigate and ideally fix the problem. I don’t like the idea that the same thing might happen while I’m riding. The board is an eMTB with 4.5 kW of power and it can easily go 50 kph.

Any ideas what might have happened? I haven’t been able to reproduce the problem since the incident. I have two ESCapes and this remote from HobbyKing. It looks as though the receiver went crazy after losing the connection with the transmitter and instead of signalling neutral as it normally does in failsafe it signalled full throttle instead. Could that be right?

When I turn off my remote, my motor goes full throttle. Anyone know what the...

You need to re-bind you remote with the receiver. Pull the jumper after the binding is complete and before turning off the board or remote. Then test the remote throttle and brake, then turn the remote off with the board on to test fail safe. Fail...

SOLVED Board accelerates when signal is lost

Found the solution, as @Kaly says : " Today i encountered 2 issues with the remote First the remote comes already bind to the receiver, but in some instances the binding process need to be repeated, this is because of the fail safe feature of the...

I am currently planing my first build and am a bit hung op on the choice of remote. I’ve read tons of reports here regarding the reliability of different remotes and their “fail-safe” behavior. Most people seem to be happy with a remote, which will...

Problems that have occurred and how to prevent them

I’ve been bookmarking nuggets to remember when i finally have all the pieces. Here’s one i think is important: For the Winning Remote: The failsafe when losing connection can be set to coast by rebinding the remote, and unplugging the bind key...

Help! Motor is running without remote being on

You need to activate the fail safe on the remote

SOLVED Board accelerates when signal is lost

Found the solution, as @Kaly says : " Today i encountered 2 issues with the remote First the remote comes already bind to the receiver, but in some instances the binding process need to be repeated, this is because of the fail safe feature of the...

Thanks for the links. I have read through the threads, but unfortunately haven’t found much help there. I do have the failsafe configured correctly and it has never failed me until yesterday. The failure only happened once and I haven’t been able to reproduce it since then. That’s the worst kind of problem to investigate. I was hoping that someone might have encountered the same thing.

Here’s a mention of a bug in the GT2B remote. It’s different from what I have encountered though.

I’m going to set a 30 kph speed limit in the ESCs as a precautionary measure. I rarely go faster than that anyway.

sounds like interference. You might relocate the RX to the center of the board, toe side so you have a more direct line of transmittal…

I have a mini remote and noticed that when I turn the remote off, the receiver will automatically reset the pulse length to 1.600ms. So once I was playing with the knob and adjusted it down to 1.400ms or something and calibrated the min/max throttle around this value, so as soon as I turned the remote off, the value became 1.600ms which was around 20% throttle.

So I think you should check in the VESC tool to make sure the pulse length value is the same whether the remote is on or off, in other words, adjust so that the center value (0% throttle) must stay the same.

Thanks for your input. I have read about this kind of problem elsewhere. I’m afraid it’s not what’s happening in my case though. It only happened to me once that the board started after switching off the remote. Other times it’s all just fine.

It happened today again and this time I was able to consistently reproduce the problem several times. Here’s how it behaved. After loosing the connection with the transmitter the receiver waited for 30s and then it started signalling ~90% of full throttle. It’s back to neutral once it regains the connection. I tried it four times and it was the same each time.

However, once I turned the power off and on again, I was no longer able to reproduce the problem. So it looks like the receiver only gets into this weird state sometimes, possibly after being used for a while.

It sounds a bit like what @danielz describes here, except it can’t be consistently reproduced and I believe my failsafe actually is pretty close to 1500ms. Still, the match in the 30s delay is suspicious.

At any rate, I’m getting a different remote.

Here’s a recording of the weird behavior: 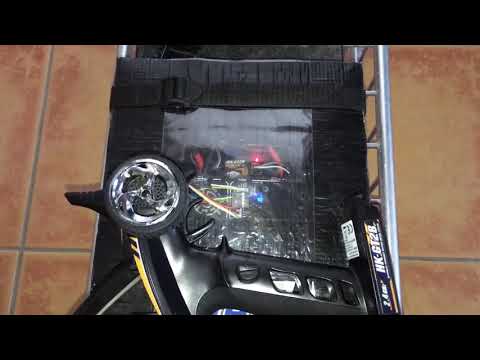 yes… I’ve been through this same exact behaviour as well…

It’s the failsafe that acts weird. This happened after I tried to set the vesc to gradually slow down whenever connection was lost (ackmaniac implemented this feature as I recall it).

Never got it to work properly due to this crazy behaviour, so I had to reset failsafe to its original neutral setting.

Edit- I had to play around with the calibration knobs a bit when re-setting the failsafe before it went back to normal.

for me, it was because a connection was lose between my receiver and vesc. Originally the board would unpredictably go FLYING out from underneath me, I was able to change the settings so that it instead would brake, but Im not sure which setting. This same thing happened about a year later where the board would randomly slam on the breaks for a split second and it again was because of a connection problem between the receiver and the vesc. Make sure you have solid connections and consider superglueing the receiver and cable together. Dont glue to the vesc since its expensive to replace

what pulselength value does the vesc get when it’s going full throttle after 30 secs?

Good question. I should have checked that. I’ll do it next time the remote goes crazy again (if I don’t replace it earlier).

Yep, the gt2b kind of has 2 failsafes, it ignores the one you set if it doesn’t get paired when you first turn it on and reverts to the stock 1.5ms. Its a ridiculous design or flaw. The only way to get make it safe is to set the neutral point of your trigger to 1.5ms. Use the caibration knobs on the controller. Then manually reset the failsafeto this new 1.5ms, because thats the only safe value. If your custom set manual failsafe happens to be near 1.5ms you would never know there was a flaw. See my post here.

Failsafe issue? Never seen this before

Here we go I confirm the gt2b receiver is the cause. Hooked it up to an arduino. If you power up the gt2b receiver without the controller on after 30 seconds it changes from my custom fail-safe timing valuve of 1330ms to 1500ms. Hence the motors go... 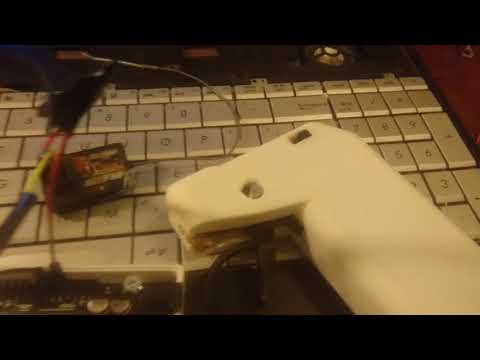