I’m wrapping this one up very soon, just waiting on a few parts to show up. A customer wanted a commuter with a lot of torque for shit streets and gravel and packed dirt paths and possibly grass and cobblestone and various other bullshit that makes street wheels less than optimal but doesn’t quite enter the realm of juice sucking pneumatics. We settled on these crazy MBS 100mm wheels that seem to have taken the world by storm, or at least they can’t seem to keep them in stock. This is the first of three of these kinds of builds, but by far this one is the most unique as far as detailing. The decisions for color and detail were arrived at organically once we realized that these wheels only came in green at the time. We decided that yellow should probably go with green, then of course that reminded us of hornets and so then the whole bug thing happened, right down to the stinger like point on the tail of the WithcbladeAT deck shape i designed for these wheels.

So without further ado, i present The Green Hornet. Which also has yellow in it. A lot of yellow. And green.

First the deck shape. I know, me and my posterboard. I suck at cad and don’t have my xcarve set up for cutting out complete decks yet anyway, so its pencils and jigsaws for now. got the deck pressed and cut out and laid on top of the trucks to see what we had. There’s a point on the tail. 36.5" from nose to stinger. Christ what a beast. New Witchblade AT deck sitting on these monster MBS...

i put these packs together next, took all damn day to build these three, but we got it done. Dropped down to a smaller 60amp BMS because they just fit better in the box and i have a feeling noone was ever going to see a full 80 amps anyway, despite the pack being rated at 80 continuous. Cell packs for my next three builds... still have to come up with a pack for the...

Boxes from my box guy showed up so it was time to test placement and motor mount clearance before i fucked myself by drilling holes in the wrong places: Testing out fitment and motor clearance on these new boxes for the three AT...

Ordered my robot minion to carve the channels for me…

First of my decks to actually enter the xcarve. I still have some tuning to do...

… while i went back and chopped some trucks for those enertion pulleys. Choppin these Calibers for a green and yellow AT build. I have no idea how this...

Got the SK3s ready for motor pullleys with the dremel. I got myself a new reincorced cutting wheel so that the bowl in the “flat spot” had a nice radius to keep that grub screw in place but also deep enough so that the lip i left on the shaft would keep the pulley from flying off in the event that the grub backed out a little after a while of heavy use. Chopping SK3s for that green hornet AT build I mentioned earlier. #longhairedboy...

Then it was on to replacing those ugly phase leads with some nice yellow ones: and then to get the drive trains assembled after stripping the blue anodize off of those mounts and replacing it with yellow enamel: by now the minion had long since completed the channels so it was time to bring in the deck and start the detailing and lay in the wires: aftr cetting the wires soldered in and building a tape wall and pouring in the resin, it was time to let that crap dry and go deal with the box. I cut the holes and took it out back to paint it. I gave it the old urban spray can treatment for that fade affect. Crazy spray can finish on the hornet box. #longhairedboy #electricskateboards...

while the paint was curing on the box i went to work sanding down the cured resin and with a pencil and paint brush i did this to it: Detailing the deck on that hornet build. #longhairedboy #electricskateboards...

so now it looks like it has hornet scales and once the glass was on it with the clear urethane we have this: Finally done with this deck for the hornet build. It took a while, but totally...

Internals are not yet assembled as i’m still waiting on parts, but the detailing and assembly was done as far as aesthetics, so here’s what we ended up with: Internals are still incomplete because I'm waiting on a switch but I HAD TO SEE...

Its a mad beast. I’m going to swap out the wheels with some black ones i’ve designated for street testing so we’ll see how it handles the bullshit. I have plenty of bullshit to test it on, too. Hopefully it will take the grass and bricks and gravel and shit pretty well, but i won’t know for sure untill i get it out there.

This thing can probably go up 50% hills…

hot damn I love it

They could use this in the Jurassic Park movies! Nice! 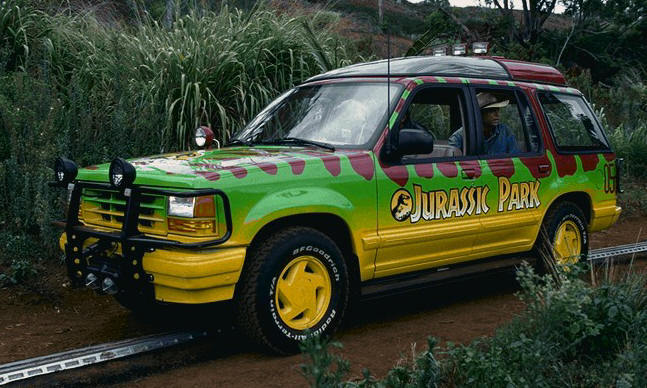 Great work, once again! I all ways wondered how well those wheels compared to the orangatang kegels, so please let me know, I may have to upgrade!

its designed to ride vertically up into trees to hunt prey from above. It’s the best i can do since i haven’t figured out how to make them fly yet.

i’ll get my son to shoot some video on my phone of me tearing around the park on it in the field and on the terrible streets in the area, as well as transitions.

I have another build using otangs coming up, i kind of can’t wait to street test that one. It may be an even more insane build than my first one that @Photorph keeps posting about.

You are an artist my man. Kudos for another beautiful build. Were you able to use Enertions drive wheel pulley on these wheels without any modification to the wheel or pulley ? Do you think DIY’s drive wheel pulley would work on these types of wheels also ? These wheels look interesting and I might be tempted to pick up a set depending upon how your tests go.

Very nice build. The dual diagonal must feel wierd though…

Feels fine for me

If anything, a single motor setup should feel weirder.

Thanks man! The cores in these are basically flywheel clones, so any pulley for Enertion wheels or regular clones will work. I’m using Enertion’s pulleys here.

I guess we’ll find out. I’ve never done a dual diag before or even ridden one, this was done for two reasons: 1) i don’t have 12" trucks to fit those 6374 SK3’s next to each other and 2) the customer asked for it explicitly after doing some reading. I encourage people to do a little digging and make suggestions, but if they don’t i decide things for them which is often appreciated as well. Some of my peeps like to be involved more than others.

Good to know. Thanks. On a side note, your crushed glass grip is also amazing, I would like to do something similar to my board but using lucids grip material as i don’t have a good way of safely crushing glass myself. They sell a kit and i think their material is also glass in a shaker. What do you think of it and have you experimented with it before ? Just curious on what your thoughts are on that, if its not too off topic here.

Or is anyone else selling those long enclosures?

i have not tried that. I basically did some reading on reclaimed glass grip for skateboards and i did come across that. But after seeing what they used and how they used it, i just did some experimenting and found my own way.

I should be wearing a mask in this but i’m not, mostly because i’m a dumbass. I usually do wear a paper mask. after that i sift it through a couple of strainers i got at the grocery store that have different screen grades in them and take what’s left after the chunks get caught in the first screen and the dust falls through the second one.

i will be as part of a deck and box combo DIY kit. They’re shaped specifically for my board’s soft-dome w-concave, which is critical for getting a water tight seal when used with a gasket material which is my ultimate objective.

some of you may have been around in the community long enough to know that this whole thing started because i wanted to build decks and boxes for DIY esk8 builds. Unfinished decks and grey boxes with plenty of room for whatever that can be mounted and painted any way you want because you do it yourself, optionally with wire channeling.

Dude this is inspirational

Are you trying to kill your customers by making boards more powerful and insane than mine?

Your decks are awesome man…someday, I think I’m gonna get another build from you (that day will be when carvon v3 and the new VESC comes out lol).

i’d love to do a carvon build. I just wish their hub drive systems weren’t quite so expensive, it makes working them into a price model almost pointless because people start to ask questions and ultimately decide on belts instead because of the price tag and torque availability. At least that’s what has happened so far for me.

And yes, I am trying to kill my customers. Lord Skatan demands blood!