Hall wires not plugged in on mystery deck 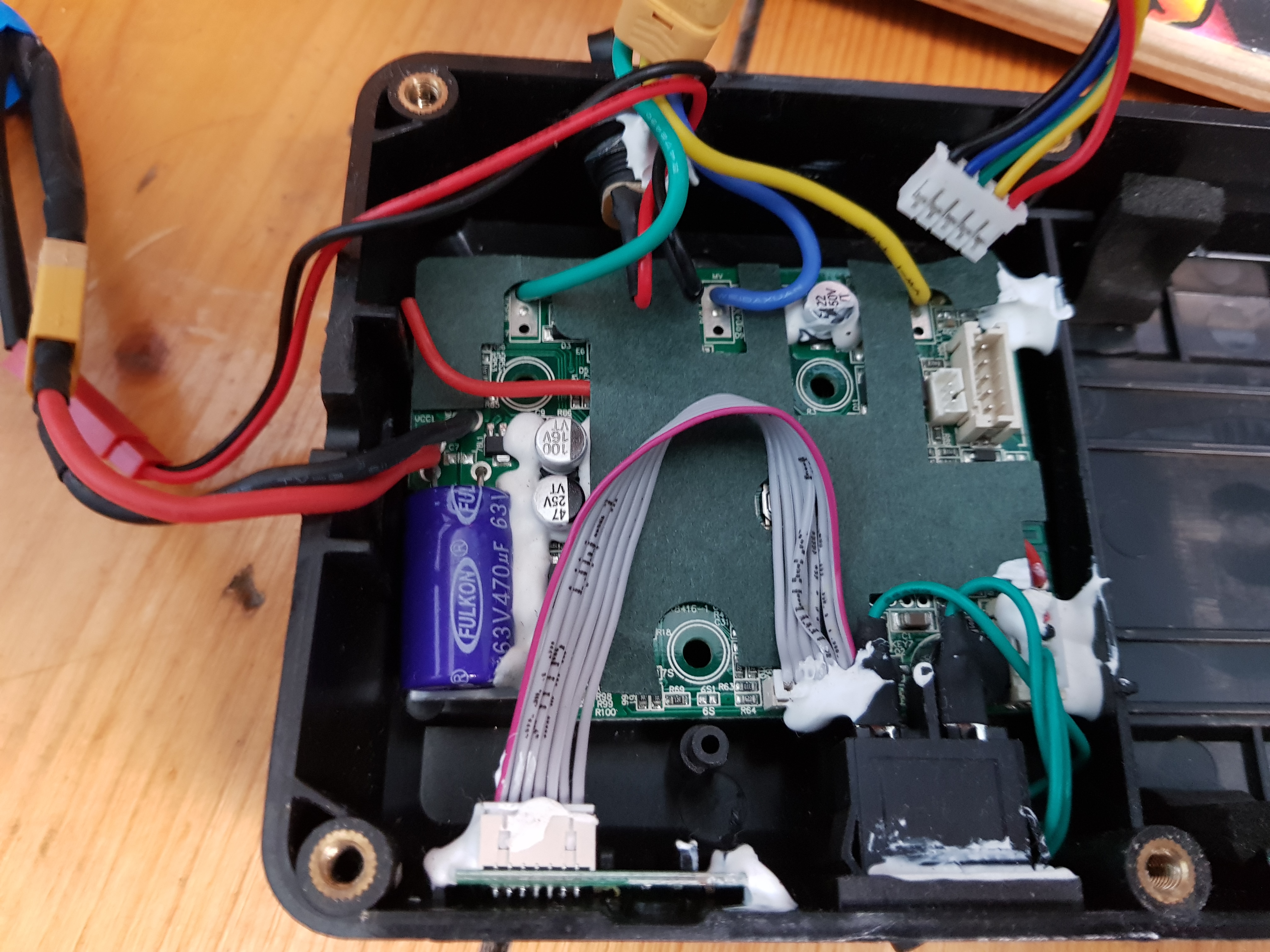 so i bought this deck through gumtree and i know nothi g about the brand or where it came from originally.

I opened it up and i noticed the hall sensor wires are not plugged in. Will anything happen if i plug them in?

Its a 7s single hub.

Going to be really hard to say anything about it without knowing what ESC it is at least maybe someone here will recognize it but if you can find any model # or product identification printed onto the PCB under the paper or on the other side of the board that will likely help. The ESC may be configured to run sensorless and the port could be used for some other debugging/programming so would be good to at least confirm it’s a hall sensor port and then see if the motor runs without the wire hooked up (perhaps it wasn’t configured to use the hall sensors anyway in which case hooking up the cable won’t do anything).

I’m running dual hubs and found out one of the halls popped out, still runs fine but it wasn’t supposed to happen. Sometimes they wiggle loose and if you want better start ups then maybe it’s worth risking it 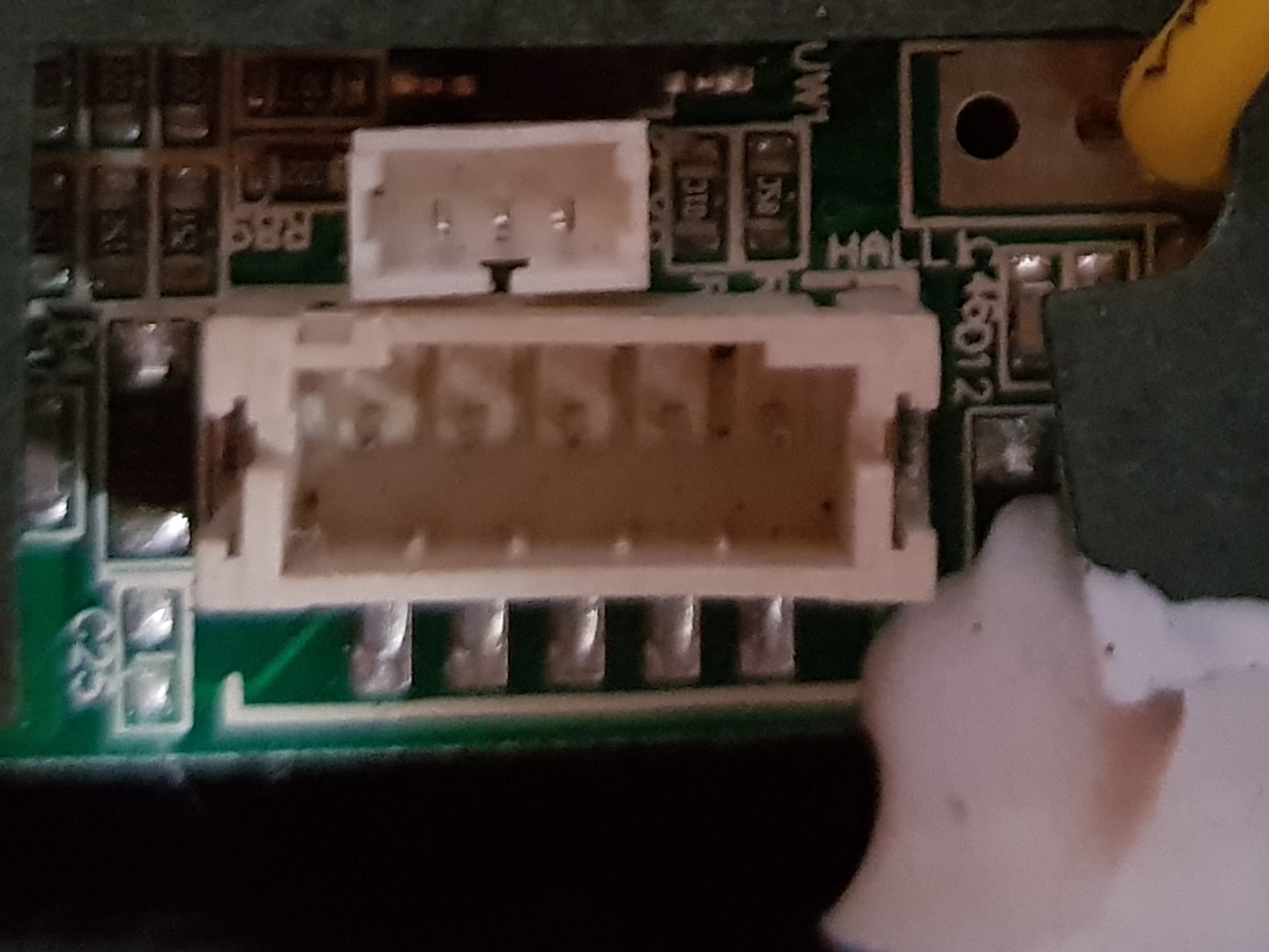 yeah it says its the hall port.

it was already working.

i ended up just trying it, it’s got a shaky start with no load but makes less noise. When i let go of the throttle while riding it would coasts smoothly when before i’d feel a slight tug from the drag kicking in.

It has much less power