So I’m just here to share a video. Enjoy👇 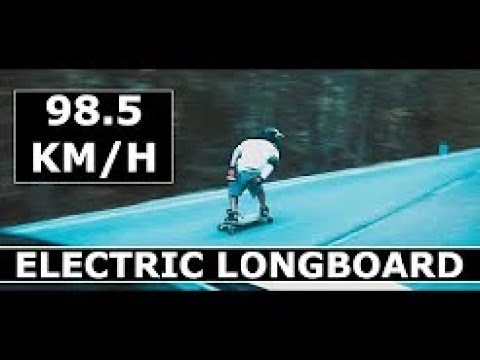 I enjoyed that thanks.

I must buy wowgo board now!

Good video. But definitely not gonna buy a wowgo. Should’ve had him do UPHILL first

@skateborad Why didn’t he change the back truck too? Wouldn’t that make it twice as more better?

That was a cringeworthy 9 minutes of video. Thank you.

I see testing out the trucks at higher speeds…is this the only way to reach them on a wowgo?

Why not? It’s certainly one way to test the board to the Extreme. Points for wowgo here in my opinion.

Most people I know that bought an esk8 don’t really care about going down hill fast. I can attach a 2x4 to some trucks and push it down a hill and it will get there.

I want to see how the board does uphill, full speed to full breaks, real life riding situations that most of us put our boards through. Not just bombing downhill and testing the brakes every now and then.

but its an orange porter, should have blocked it more though/

I think you are missing the point a little.

This is one test amongst many that you could do to take things to the extreme.

Clearly the board survived higher speeds in this test than it’s likely to hit in real life - this is a good thing.

Yes I get that, but what did the board do to get to those speeds? At that point, you are just testing to make sure your hardware doesn’t fall apart.

The motors did nothing to truly get him to that speed, that battery did nothing except some regen charging, we didn’t see how bad the sag was, what was the capacity during the hill run and after?

All of the info I want a review video to cover, this literally covered none of it.

Dude it’s not a board review

Lots of things are tested here, durability of the trucks at those speeds, hub motors able to withstand high speeds, brakes work at silly speeds ok

You can find plenty of reviews on YouTube man. Someone did something slightly different here, why not enjoy it?

I’m expressing the exact reasons that I didn’t enjoy it.

You just agreed to alot of what I said…he’s jsut making sure hardware doesn’t explode when going down a hill. Also, he only checked one truck…he swapped out the front one.

It just doesn’t do it for me…just because you can go fast downhill on something does not mean its quality, if you are going to make a video, talk about that stuff.

Good thing we know that if we don’t think the wowgo is good, that we suck.

I’m gonna start making car reviews of me just rolling them down a hill and will then talk about how powerful the engine is.

Yea, they gave him the board to do a review…and then he provided this.

All I’m sayin ya know?

The part that got me is when the dude said that those people say that the wowgo is “poor quality” suck and don’t what they’re talking about. Lol.

Poor quality is the batteries it contains. And the stock trucks that I see broken and bent all over the internet. He had to change them from stock anyways. Says something. And the wheels. I’ve ridden those cheap knockoffs and they suck in my opinion. They ride like shit. That board couldn’t make it up that hill if it tried. Most all boards will make it down a hill without the need for motors. I think he needs to reevaluate what quality is in the eboard business. Wowgo is definitely not “High Quality”.

and then the burn in on the video, super click bait.

98 km/h?? yea maybe rolling down hill. If you are going to claim stats like that, make sure its true and accurate and is explained. Cause did he hit 98 km/h, maybe! Was it due to the boards power and capabilities, hell no!

That’s like me saying that my wife’s boosted can go 80 mph with out loosing any charge whatsoever (all I had to do was put it in the trunk of my car and drive 80 mph, the board was going that fast so my statement isn’t wrong!)

durability of the trucks truck at those speeds

Need to update my build log…one surf rodz and one orange porter. Think anyone makes mounts for those?

Those has to be tightest trucks known to mankind lol.