Having a lot of random errors on my master FocBox, please take a look at this logs

Can someone tell me if this behavior points to a dead mosfet or an almost dead DRV? As you can see from the logs, all current and power goes to zero but the duty cycle keeps staying constant, that means the cutouts ocurr while I’m keeping the throttle pressed, of vourse the cutouts are more noticeable on hard acceleration or hard braking.

BTW the problem is way more frequent in FOC, I’ve been runing flawlessly FOC for months before this issues started

Check the led when you push throttle. Does it blink red while pushing throttle? Whatever you do do not run motor detection while this problem is occurring, if you do there is a high chance you will short your motor!

The led on the remote does not blink, I have a solid RC conexion, this issue is beyond that.

Unfortunatelly the errors do not ocurr on the bench, only under load when the board is being riden.

Here is a sreenshot of the errors I got from the VESC Monitor:

Also if it occurs only under load then the chance of it being a drv error are a little lower as usually it won’t work at all even under no load. Also if you type in “faults” to terminal in the bldc tool, it will tell you your errors as well.

These are not errors. It is the acceleration measurement which get’s recorded when you press on the speed box. When you start the app you can see the errors of all vesc if they are connected by CAN while reading the data of the master. If you don’t see errors at startup then there are no none. So it is best to restart the app after you experienced the cutouts. If you can’t find any then it is very likely that your remote has cutouts.

I found the problem: 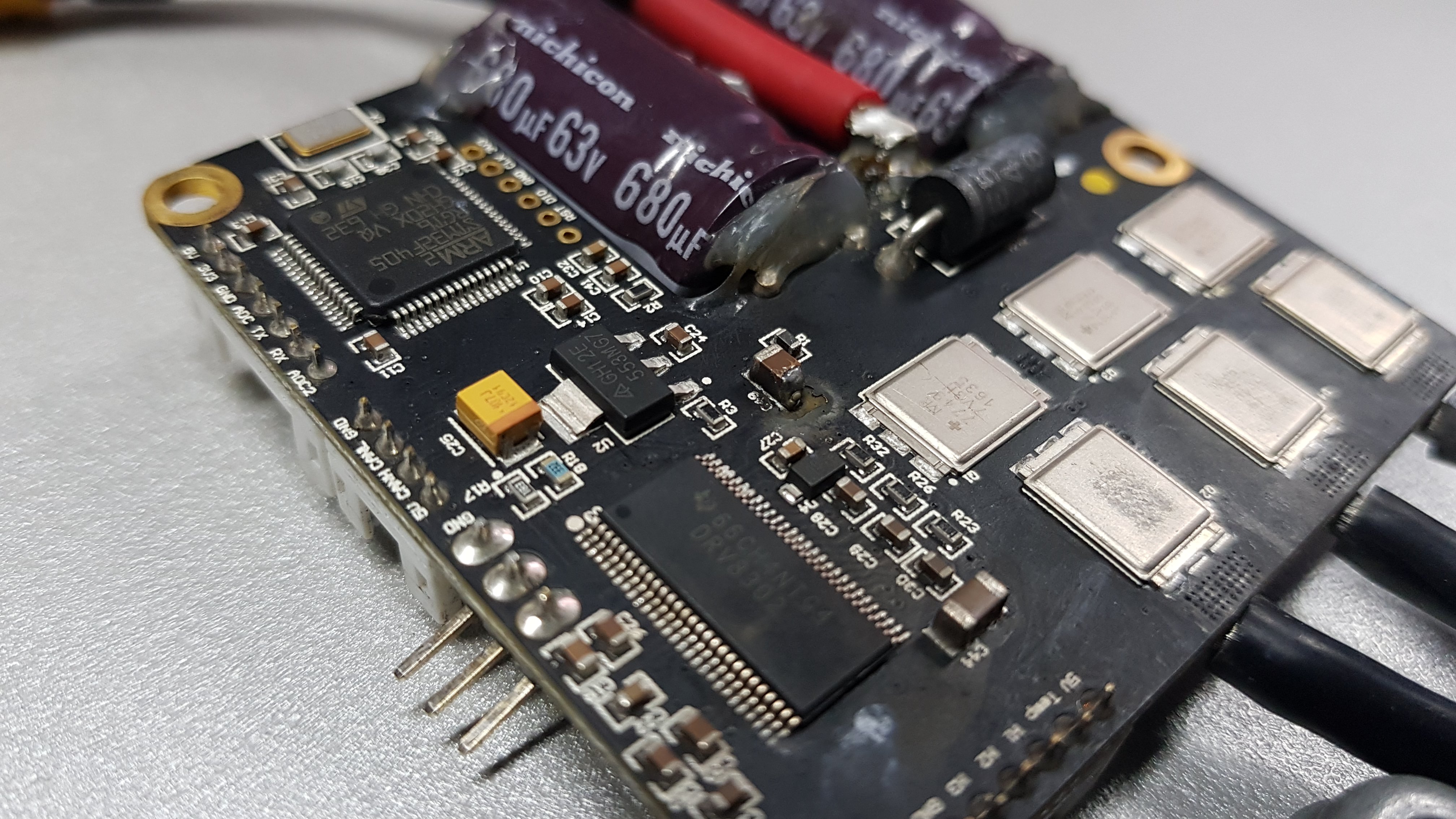 I installed a new FocBox and the board is a fucking rocket again!

Clean it up forst with some denatured alcohol. It’s hard to see if the trace survived under the burn. Half of C49 is gone… Wonder what did that…

Here is a closed up picture 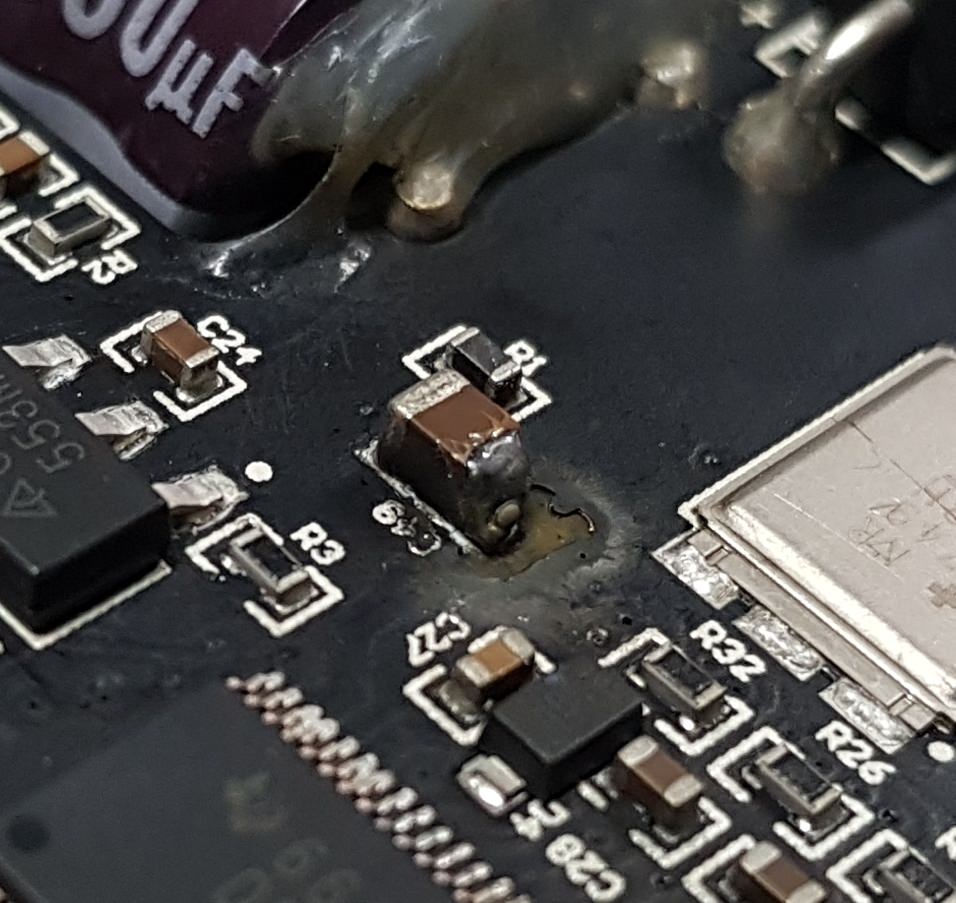 Unfortunatelly the errors do not ocurr on the bench, only under load when the board is being riden.

In the spread sheet the highest voltage is above 45V, so is likely that during braking it got up to 50v lots of times and eventually blow the cap

A 63V is that much more expensive to enertion not use them?

@Eboosted, yes It could be repaired Just sent it back.

@Pedrodemio as @Blasto said they are 100V caps, the problem is somewhere else.