Just got bitten by this bug yesterday after helping my brother with the first steps of his build and have been reading through the forum here and at ES making a parts list for my own build.

Looking to put together something compact and relatively light; will be using it to commute ~2-3 miles over flat roads.

I’ve put together a detailed parts list here: https://docs.google.com/spreadsheets/d/1RNYZZSbDeuusBSgbq1e1CRSRdVisJzE7fKbwjH5OkD8/edit?usp=sharing but the gist of it is 6s2p (if I have the nomenclature right) with VESC and the beefier of the enertion motors.

I’d love general feedback on the compatibility of this setup; it seems roughly similar to some of the smaller builds on the forum. I don’t need to scrape the bottom of the barrel in terms of cost and would like to build something that I could expand (mostly in terms of adding cells for longer range) if this turns out to be a viable form of transportation for me. Also verification that the charging setup (charging the two 3s1p in series with the listed charger) makes sense would be reassuring.

I also have a few specific questions; I’m largely new to the world of DIY electronics so these stem mostly from the lack of experience/understanding with the wiring for the battery/esc/motor circuit.

I wanted to get feedback on parts and the general idea for the build before buying parts. I’ll keep posting updates as I learn more and add pictures once I start ordering stuff and assembling.

Thanks in advance for help and advice; looking forward to sharing as I go!

[Introductions] New member? Introduce yourself and share your DIY plans
cmatson January 17, 2019, 9:18am #2

Looks awesome so far, and is very similar to my first build!

as for the connections, I know if you message @chaka (who owns ollinboards) you can get some level of customization as for which connections you want on your VESC.

A couple things to keep in mind: -I don’t think the deck you picked comes with griptape, so you’ll either need to add that or choose another deck.

-what are your plans for that power switch? it won’t carry the volts/amps necessary to just put in line between the batteries and the VESC, so I’m not to sure where it would go.

A couple deck related things to consider though: does it have flex? is it long enough? with flex, you run the risk of breaking components (like batteries) that don’t flex; and sense your board is so short, you probably won’t be able to make two enclosures like the diy boosted board has. The reason he did that was to allow flex in the middle.

so I’d suggest possibly choosing either a longer deck, or one where you know for sure it’s stiff.

Then for enclures, I highly recommend the ones @psychotiller makes. They are clean, and you can get whatever size you want- he also does custom shapes by request. You can check out a pic of some of them here:

After that, the only MISC things I can see you needing are screws to mount down the enclosure. Alot of people use a bolt/wingnut setup to allow easy removal of the case, but that’s all up to you!

for balancing/charging you can either have the batteries be removable, or simply allow for the balancing leads to be accessed through the side of the enclure. Maybe @lowGuido can post a pic of his charging setup on this thread so you can see a good example of that.

EDIT: I’d actually change your motor to a higher KV than 190. with a 6s lipo and 190kv, you are probably looking at less than 15mph with the included gearing from your mounting setup. I’d try something in the 210-245 range if you can. I know @torqueboards has one (it is also sensored for smoother startup!) here that is 230kv: product/electric-skateboard-motor-6355-230kv-2650w/

it’d also bring your overall cost down, and you could order a mounting setup from diyelectricskateboard too if you wanted everything to be shipped from the US (i.e. I’d be cheaper again)

edit again… haha just keep thinking of possible helpful things to add! Here’s a thread where some people have shared their builds and specs:

I’ve used a couple of these as well. They do wear out because of the internal spark, but if you use an XT90 antispark plug in line with it it will probably never wear out.

In addition there are a ton of good build logs here on the forum both complete and in progress. I recommend you just take a look around, and it should help alot!
cmatson December 24, 2015, 8:54pm #3

also one more thing for the charger: I highly recommend this little guy (just a couple more bucks on amazon) as I have been using it for a while now with no issues: 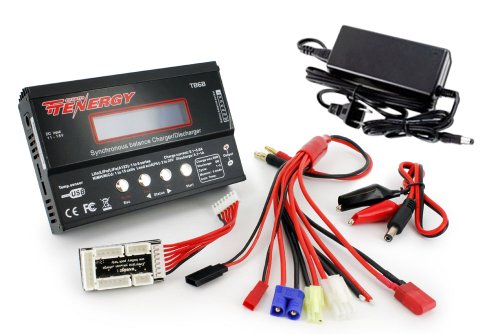 K thanks, wondering how a vesc would handle 10-12s tho

The VESC will handle all the way up to 12s- A lot of people also run it with the space cell which is 10s.

But let’s not hijack this thread

@cmatson Thanks so much for all your thoughts! Much appreciated.

I’ve switched out the parts list to grab the DIYes adjustable mount kit and 230kv motor as well as the recommended charger.

Was thinking that the 14/36 gearing is a nice, middle-of-the-road option?

My plan is actually to build up and get the electrics all working (or at least have it in hand) to have an in-person feel of the scale and then pick out a board. I really like the dual enclosure look and the practicality of allowing a bit more flex. There’s a skate shop in Palo Alto and I might demo some different boards to get a feel for what works for me.

As for the enclosures, @psychotiller’s look amazing; my first hope is that someone at work has a 3d printer and will help me design and print a simple dual-enclosure setup, but if not I’ll definitely get in touch to get something made up.

Lastly, wrt to the power switch, I’m trying to get a setup that looks like this: http://i.imgur.com/nfCSnhJ.jpg. I don’t (clearly) know enough about circuit design to understand how to find the right kind of switch, but that’s what I was going for. Any directional guidance there would be super helpful.

Thanks for the link to the builds & specs topic; I’m definitely still working my way through the mountain of awesome, detailed content in the forum.

I have that motor and i cant get it to reverse. Do you know how to reverse it? im running it sensored on the fvt 120 amp esc. Thanks

As for the deck idea, I love it. Try before you buy! whether or not you like a deck all boils down to how it rides, regardless of the looks.

gearing sounds good too. And for the switch, It’s just a matter of finding something that can handle more power. I totally get the look you are going for- haha that diy boosted board is absolutely sweet! I know DIYes has one, but it’s $60…

Have you thought about a simple loop switch that doubles as a key? there is a helpful thread about making one here:

It's not a marvel of engineering. It doesn't light-up blue. It's not as nice as the push-button anti-spark, or similar (out of stock) on Enertion. It's also not $45-60. This might be a bit remedial for some of you (you know who you are), but i wanted to show how i built one in case someone else wants to make their own. You can do it easier/simpler, but i had some time to fiddle in the garage and enjoyed making it for my next build. Starting off with the anti-spark XT-90: [image] [image] I…

I haven’t seen many 3D printed enclosures, but I can’t wait to see what you bring to the table! I think the hardest thing is making a casing thick enough, but not having it be overly bulky. Do you know if there is a somewhat flexible filament that would handle road vibrations better? I’ve only 3D printed small things like go pro mounts, but I’m not sure how well hard plastic will handle road vibrations over time- an interesting experiment none the less!

As for switching the direction of the motor @barajabali, I’m not sure… You’ll have to consult @torqueboards for that.

NinjaFlex can flex pretty well. I’m not sure how expensive it is though.

Merry Christmas to you too!

Thanks for the link to the anti-spark loop key; will keep that in mind as I go forward. Thinking at this point I’ll just order the basics of the circuit and attempt to get that working and can then fancy it up on the connectors and on/off switch/key.

Saw the 3D printed enclosures on this build: https://endless-sphere.com/forums/viewtopic.php?f=35&t=74882&p=1130345&hilit=3d+printed#p1130345. Thought they looked nice and clean and simple. I might also experiment with vacuforming ABS as that seems within the range of my experimenting abilities.

Hey @barajabali,You may want to change the motor wires around until it works. If the hall sensors are not arranged correctly you mat only be able to do forward.

im just assuming that the hall sensors are arranged correctly because thats how they came, they came prewired into a plug which fits into the ESC. and i tried some messing around with the 3 phase wires before and fired a brand new 65 dollar esc

any help would be great. im not getting any resonce from torque boards.

He told me that id have to program it to reverse (which i did) but when i engaged the throttle the motor engages in breaks.

Are there any precautions when using a VESC and 12S with a low kv motor, like 149kv?

I’ve seen a bunch of people use vesc’s on 12s with no problems.

You just have to use a motor with less than 200kv. Some people put limits on the top speed to keep it at a more manageable level too.