I have a single 8s 5063 260kv build and everything is great except for the belt slipping on various occations. If i go too hard on the break or on the throttle it will be super loud and the belt slips like crazy. I paid attention to the belt being aligned as straight as possible and not to be too lose. I have a 15mm wide belt, a 16t motor pulley and a 48t wheel pulley.

I was planing on adding an idler pulley but i dont think that i have space for that on my motor mount.

Also i read on this forum about people who have a single drive that never slips and pulls up steep hills without problems.

I am a little clueless what else i can do to improve my drive system?

Thanks guys! And heres a picture of my drive system: Yeah they might be … i got the belt and gears from ebay and starting to wish that i hadnt hahah, heres a closeup of the small pulley (its kinda hard to tell on a pic) I’m using the set from @johnny_261 and it’s been great on my hill and breaking tests. The quality and robustness is quite evident. I’m starting a new thread for this as things have evolved from my first test batch of pulleys in this thread here: Anyways, you can see that I’ve sold quite a few kits with positive feedback. I am offering the kit as well as the individual...

you sure its because of the pulleys? It’s because your running HTD3m belts. I have the same problem with those pulleys. My next build will use HTD5 pulleys and belts

HTD3mm could be a problem. I believe boosted use 3mm belts though. Your mount has lots of space on it, so i would try tensioning the belt by moving the motor further down the mount. It can be tricky but definitely will help, unless its super tight already.

Exactly right @pat.speed ! HTD 5m belts are the only way to improve this drivetrain. @florensvb - you need to upgrade your belt and gears to have any sort of improvement. check out my post here http://www.electric-skateboard.builders/t/my-obsession-with-idler-pulleys/30191

oh wow i never even thought that i have htd3 ?! how can you guys tell? ok i guess i will order some pulleys and belts from esk8.de

i am on the run now, more infos later

I advise against over-tensioning. I recently had to rebuild an @JLabs 6374 motor because I had my belts too tight. The motor shaft walked out, broke the grub screws, and ruined the motor bearings. I had to replace them, and drill out the grubs from an M3 to an M6 via tap&die set. just search “what is timing belt tooth pitch”, and you will find what you need to know!! The pitch is critical to belt-drive capabilities

can you guys confirm that the belt i posted from esk8.de is htd5? i will order from there

Just a glance, and it looks more familiar. On the right track. Now get a longer belt. 255htd5m15!! Hardware to accommodate it. I build for hill climbing, maybe you don’t need all that…

You can also replace the 18T 3M motorpulley with a more teeth pulley if the topspeed won’t be to high. Just a cheaper way Or you can use a pulley idler?

okay guys i think i will order a 15t motor pulley with a 36t wheel pulley and a 275mm long and 15mm wide belt: 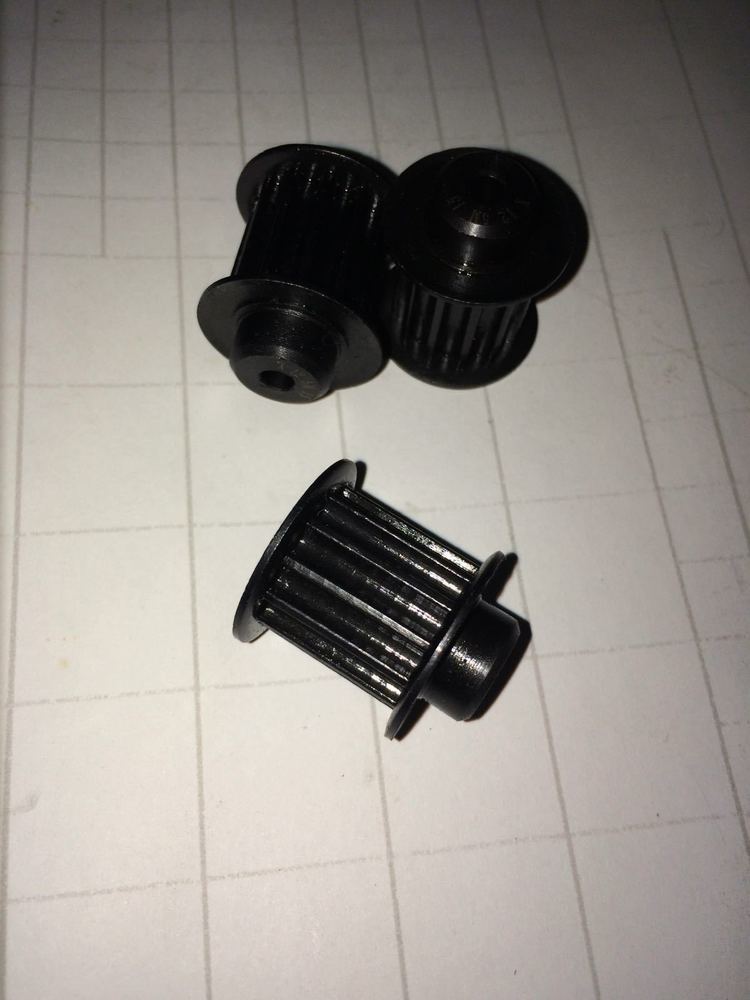 It all depends on your build. What one person uses may not be suitable for another. Im using 280mm on a 15/40 Gear configuration. You can either do the measuring and math and then figure out what belt you need or trial and error of buying many belts. If you do buy the gears measure them out and use a online calculator to find the right belt. https://sdp-si.com/eStore/CenterDistanceDesigner Input the gear teeth, and the center distance and click show parts on the belts section.

Yep, 3M is your issue. They’re not as capable of delivering as much torque. The only benefit is they’re smoother and have more geqrar rqtiow available. Not only that, 3M is not as thick

alright so i am happy that you guys figured out what my problem is! stupid ebay kit delivered 3M pulleys and belts … if i can give some advice to other first time builders: stay away from cheap kits- nothing is more expensive than buying things twice!! Ill have to rebuy the whole drive system now