How do u hold ur batteries down?

Or I should say “up” in ur enclosure? Just foam and compression against enclosure I don’t like. Would like to fix the 18650s to the underside of the deck but non-permanantly.

If they’re affixed to a case then you can velcro them to your deck and add a foam layer between them and your enclosure to reduce vibration noise.

I feel then it would still rattle but be dampened. And the enclosure attachments will be strained. Before I glued lipos to the deck and that worked well but don’t want to glue 18650

i use this on the deck and battery pack, but the pack is also pvc shrink wrapped so its a single, solid mass:

then some foam between pack and enclosure to fill up the gap.

this is only on stiff decks, I’m figuring out a way to get this to work on flexible decks for an upcoming build.

it would still rattle but be dampened

how would this be avoidable? Glue is what u used before w lipos and no rattling. Think I’ll shrink wrap the 4 parallel cells and glue that down w soft rubber like I’ve done in past w lipo

This is the way I had my 18650 fixed to the board. It is just straps that have aluminium plate the width of the strap on the end with a wood screw going through the plate and strap. I had a board with literally no flex so this worked out great.

Usually I use silicone to hold them in place and military grade velcor as well. Only downside is getting the battery out is you want to swap it out takes for ever. (4 hours actually…)

VELCRO!!! Buy it in strips with adhesive backing.

I use a few vibration absorption sheets (usually 3mm thick) on either side of the battery pack. 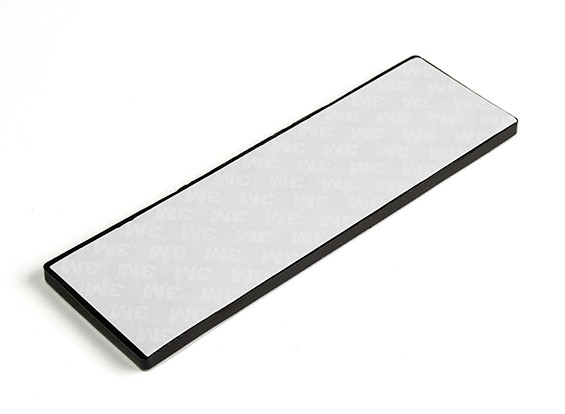 …Has anyone tried to make an enclosure out of hot glue? (Besides Hummie)

I use servo tape to hold hard case lipos in place. Battery packs stuck to the deck with servo tape and then an abs enclosure to cover it. The servo tape holds well but the packs can be removed if necessary

Yea I’m kinda obsessed with anything but a box. I’m now liking adding another layer of shrink on each cell and adding some extreme thickener to liquid polyurethane. Make a sticky putty hopefully, and stick the cells individually down. Then the box is just backup in case the putty fails. Could still probably cut the cell out and trim the putty off the board w a knife. Everything is slow but syched on my board. Prints are in the mail for super thin copper compression pack parts and just have to order the rubber bands. and the thickener for the polyurethane @pylonflyer. Would know. One day soon I’ll have a respectable board.

Silicone just to give things a position, and then the velcro sounds like it could be easy to get cells out. Or are u gluing over them w silicone too? It doesn’t stick to shrink wrap on 18650 though at all I think.

So shrink wrap the pack. Put velcro on, usually put a layer of vibration dampeners between battery an velcro, then put the pack in the enclosure (cannot move anymore). Then black silicone to hold the battery in place, so on all 3 sides exept the one where the vescs will be placed. (its somewhat soft the silicone so again safes the battery from vibration an hits) then cutting dense foam and tucking the battery in.

Kinda loocks like this, the silicone is under the blue foam. (dont mind the velcro on top, was super tired and put it on the wrong side ;))