How important is battery display to you?

I am trying to decide what to do with my battery and just wondering how important is battery display?? Do you have a habit of recharging your board after every time you ride it so you don’t need to know how much battery is left??

I think it’s a well needed feature. I’d prefer to have it.

If you have soft/hard cut offs set correctly, you don’t really need it. However, it’d be about as annoying as not having a battery meter on your phone. I wouldn’t make a board without one.

display is good. you can always just add one for like $3 they are cheap and easy to install

Imo very underrated, get one

@maxz I stopped using a display once I got a sense of the capacity and range of my setup. However, I ride mostly the same commute on a regular basis so everything is predictable. VESC lvc does a good job preventing overdischarge. Also, I charge with a regular lipo charger so I see battery status once I’m home.

All that said, considering the low cost, I think that displays are worth having most of the time.

If you are using a vesc you can monitor your voltage through an android app too but it requires a blue tooth adapter.

I love having one , simple and cheap, you know exactly how much is left ! 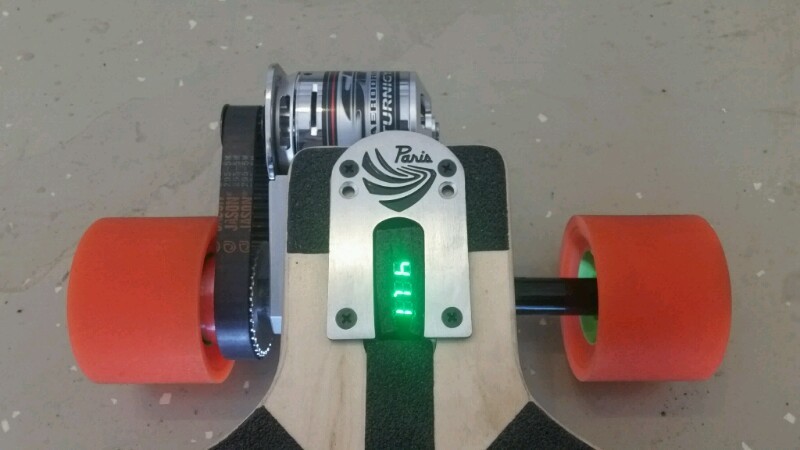 @maxz - The problem why we don’t have an LCD with our A123 is because it’s a LiFePO4 battery and wasn’t able to find the proper LCD for it. You want the LCD to turn off with the power otherwise if the LCD is kept on even when the pack is off it will drain the cells during storage.

Bestech sells a led volt meter. I bought one but haven’t had a chance to test it yet. Might want to check it out.

Just bought this one myself.

@Jinra how do you connected it?

@Jinra How long do those take to arrive at your door from Hong Kong? Last thing I ordered from there took like 45 days to reach Saint Louis

This is the one I have, basically the same thing. Seems to read abit high though.

That is a very small battery