The cheaper they are, generally the more ‘aspirational’ their stated specs are. And yea, cooling. They way they heatsink the mosfets are to put them at the edge of the circuit board and use a metal clamp to clamp them to the inside of the aluminum case. The cases are thin aluminum plate so it doesn’t work very well, If you start to push them anywhere near their stated specs, they get hot as hell and fail pretty quickly. The first few I used, I ended up using heatsink adhesive to glue big heatsinks over the top of the hot spots on the case. Pulling roughly 12-14A, worked great for about 2 years, then fried. Eventually I just started using better quality PS’s and overspecing them a bit. Meanwell is a decent brand, have half a dozen of those that are running for up to 3 years 24/7, no heatsinks. I am however running them at less than 70% max spec.

ive had good luck with my cheap ones and only one was faulty and right away could tell as it smelled and then a big snap. they replaced it with a higher rated one and been good since. ive had meanwells also. biggest problem for me is breaking them from dropping them. definitely worth mounting them to the wall or ceiling with a long charge cord so they dont fall over. ive broken at least 4 that way! they’re not too hard to fix if you know what youre doing.

ive broken at least 4 that way!

@Kug3lis that sounds like a fantastic ESC your working on! I’ll definitely be ordering a set when you offer them for sale! Do you have an idea / rough estimate about how long it’ll take till you’re finished and ready to sell?

Also, isn’t your design using no drv/dvr chips since they seem to get fried easily from what I understand?

I am surprised that there isn’t any interest in a thicker board routed from the top, like chaka’s. It would be nice to just plugin the cells like hummie is suggesting above.

if it gets any thicker the trucks rub when turning and it starts to feel like youre riding a brick. as it is now it feels like a normal skateboard with nice slight flex

that power supply…200$ is a lot but for that amount of power output and the two knobs its pretty unique.

If you’re thinking about it, maybe go this way 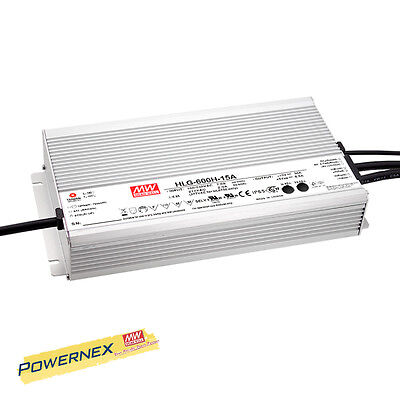 A bit less power and not as big voltage range, but a lot less likely to die on you or do crazy stuff. $140 at qty:10 or above hmm… GB? Unfortunately, this series doesn’t have a model that can do 10s and 12s.

I’m so excited to start putting things on this deck. Parts are piled up.

What build do you have planned? I can’t wait to get all my parts together for the deck too!

What enclosure are you going for with the @psychotiller batteries?

One of his. Not sure yet. Placing order tomorrow.

Not sure yet. Placing order tomorrow

Ummm 10s6p not a flat pack then right? He doesn’t have a enclosure posted for Hummie decks that are not flat packs. At least not that I know of. I’m probably gonna get a 10s6p as well

Yeah you’re right about that. I recall him mentioning to go with altar wedge or the other lomier burst(not sure if i spelled that right) for those bigger packs. Hoping @Hummie can put an enclosure with my order as well so it would be a perfect fit for a double stack!

I modified a set of old base plates and mounted them on top of my drop through deck with longer bolts and it worked a treat. looked like a drop through truck from the top with the truck mounted below. Just cut off the raised section for the bushings and it acts like a double clamp. Took a little while with the grinder and sander then a quick coat of satin black and it looked pro. Depending on the truck you will get a gap that you could conceivably use for switches etc. I’ve also done a similar thing with a baseplate to create a trailer hitch using the bushings as a swivel. tows a deck with a back truck on and a milk crate which holds exactly one carton of beer. Working on a quick release version now. Will post pics when its done.

I’m going to at least attempt to mount drop through.

That’s a double drop and a thicker enclosure. Be careful with that

By less than an inch. But that’s not what I’m doing

i asked myself a couple days ago and she said she also would like to know! so … but they always have been within a week late max in the past.

but im going to pennsylvania for two weeks on a plane tonight. so after i get back hopefully boards and tyres will be waiting.

So 3 weeks at best for US buyers?