I made a LED braking system once 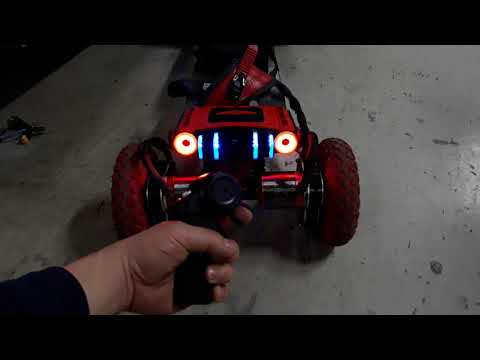 I would like to let me know if you have any good LED patterns.

Of course the module was made by a friend. I just put the receiver on.

I want to show the system of the brake light made by my friend. Oh … I’m sorry. My wife does not want to do repairs in the room indoors. So it should look clean. I painted it to look clean.😩 Continuing the discussion from Icarus | Led light |...

How did you make this?

I saw a short clip of the carvon esk8’s with lights lighting up when the board is turning towards the corresponding side.

A friend with a knowledge of electronics made me. It’s plugged into the receiver.

Does he have a tutorial for it? I really want to know how this works

You can use an Arduino as an add-on between the receiver and Vesc. The Arduino can read the ppm(I assume) input and determine what state the vesc is in.

solidgeek just put a snip of code that might help. I did similar with different style remote but pretty much map the throttle, anything idle (val) blink led and brake(Val) led on. On analog stick you can even incorporate turn signals, but sure a 3 way switch would work too

@LunarKim How about selling two of it for me

This might help you on making those brake lights, Done by @Nowind on his carver https://www.electric-skateboard.builders/t/trampa-street-carver-nowind-build-history/15192/101?u=partypoison

This is some next level shit man! He should make these to sell, I’d buy haha.

And what do you do if there is a problem with the Arduino ? You can’t use your esk8 then because your PWM signal does not reach the VESC anymore ?

I really really think it’s a bad idea to put some electronic (thus potential problems thus less safety for you) between the receiver and the VESC but it’s just maybe me. I did LED braking system on my build and I have nothing between VESC and receiver. There is at least to different ways to achieve that, can you find them ?

PS : I said “between the receiver and Vesc” because it’s what you stated, meaning PPM is going to Arduino only and Arduino transfers it to VESC next. Is this what you think of (because my answer is based on that

It is connected to the receiver in parallel using a Y-cable. And a friend told me that the module of the LED braking system is not Arduino. I have drawn the connection structure. It is a LED braking system module made by a friend.

do you have a circuit diagram of the pcb? Cheers

Hey Lunar, it is one of the solution to do it. I guessed it was done like this but @ZackoryCramer said “between the receiver and Vesc” so I added my post-scriptum to be sure he was aware it was not “between” but “in parallel”.

Nice job from your friend. Don’t know if you can easily change thresholds or colors but even the capa is here (to protect) and it’s even smaller than an arduino pro mini, good point !

I saw four wires on this PCB and plug the LED pattern into the USB connection.

This PCB was made by the idea of ​​a friend. I am an excellent guy who wants to learn.

This PCB was made by the idea of ​​a friend.

Could you ask your friend to share some details about the PCB - I would like to use this. Had the same Idea using an Arduino - but why to invent the wheel, a second time. 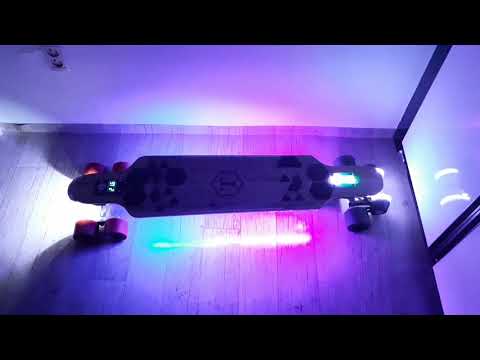