Short version: great promise, and I hope SkullBoards replaces our hubs so I can revise this review - because there are moments of awesome when riding the Skull Boards Evo, AKA the SKEEVO… that are followed by hours of fatigue and pain, from hub vibration.

This is so much vibration, that it’s going from the hubs, through new Ollin Popocas, into the hardwood floor, up a Gorilla Pod and distorting the camera on an iPhone X. 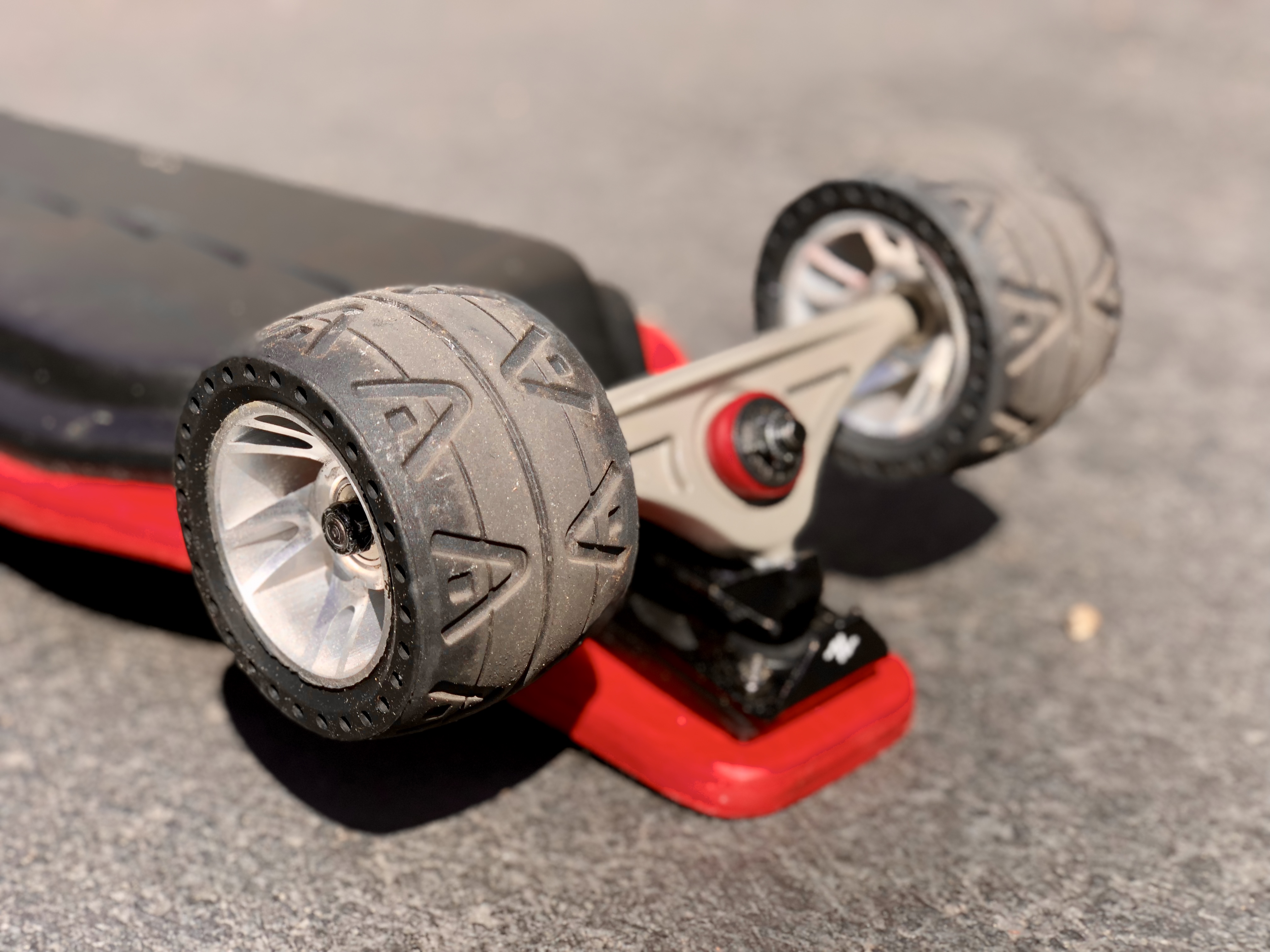 The designers of these hubs have a terrific vision that, in my experience and @donta42’s post confirms, fails due only to low manufacturing tolerances. Hopeful this is a bad batch.

Simply put, we cannot find any way to balance these wheels and both hubs wobble, at all speeds, making the board unsafe. The vibrations are coming from both ends of the board (all four wheels), so it presents an oscillation effect. 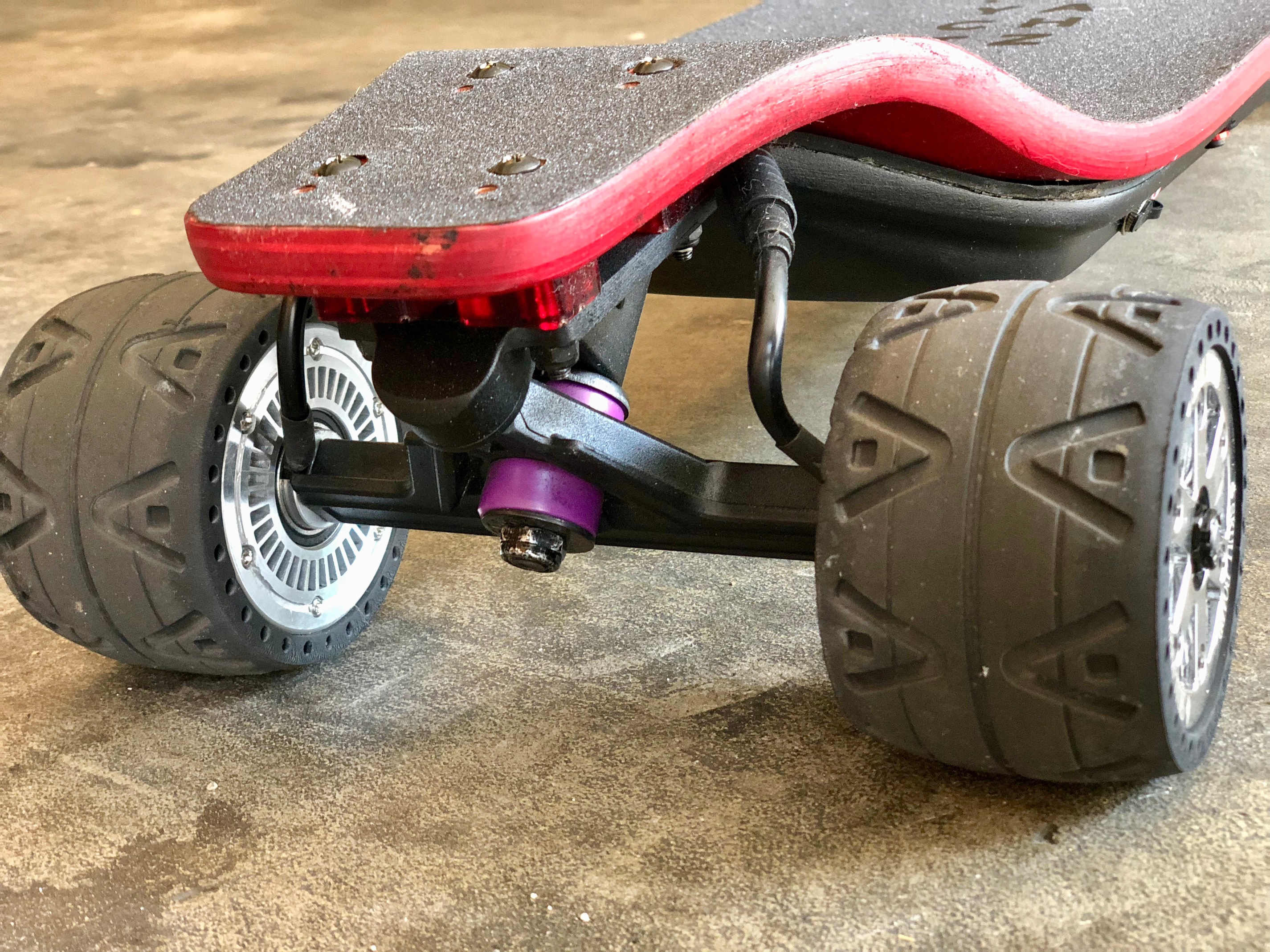 Here’s the good: when the oscillation stops, the SkullBoard drivetrain runs beautifully. The hubs get very hot going full-tilt (about 20MPH), and exactly as predicted, the rear rubber gets very sticky giving this Evo a kart-like feel. It’s awesome and I look forward to the “precision” version of this in the future:

I believe I discovered the optimal way to balance these wheels without altering the hub; I slid bits in the little side holes, that go across the tire - which helped balance the tire, but nothing I can do will fix the hub. 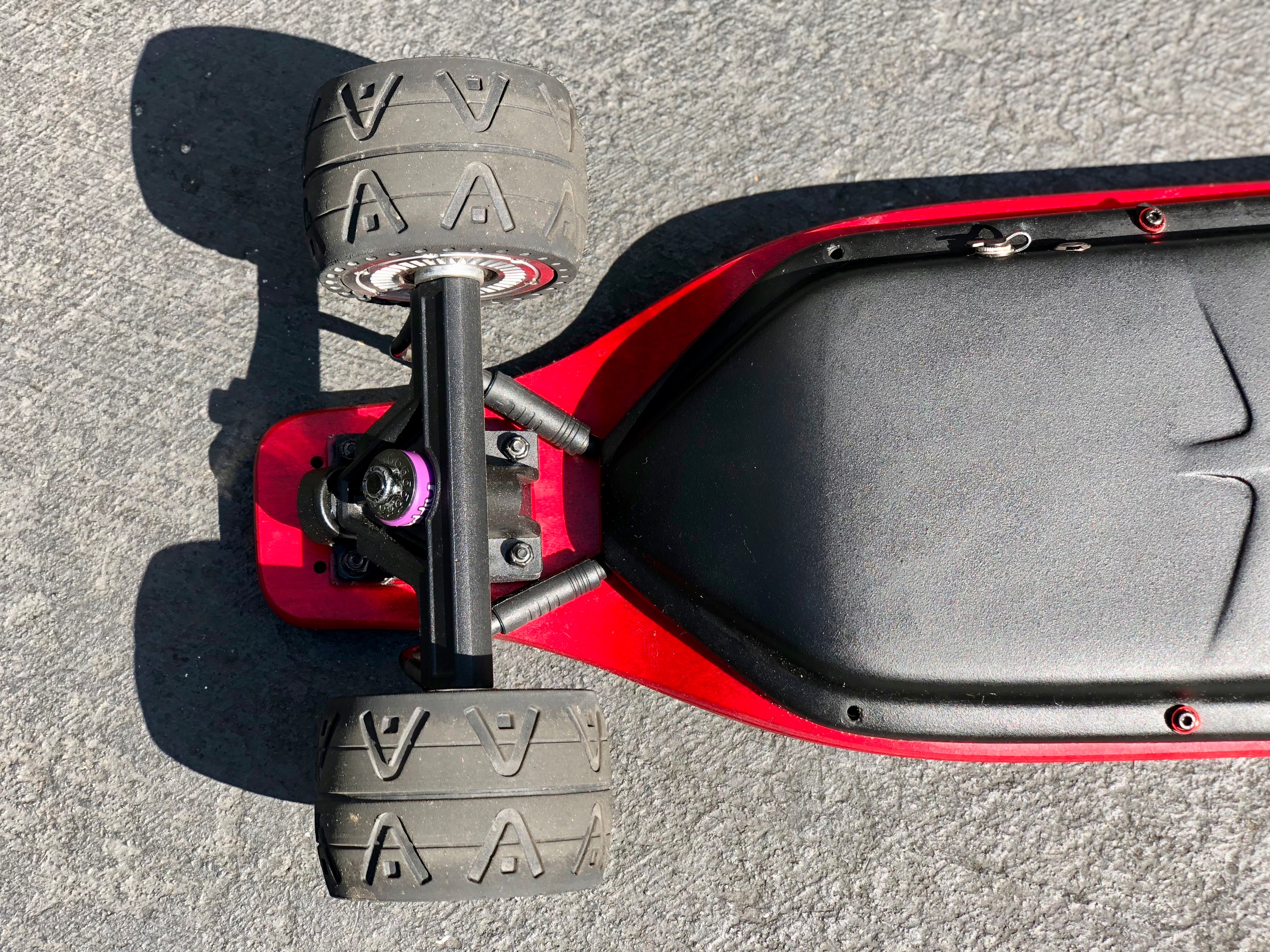 You eagle-eyed readers may spot some missing screws; at the start, all M4 screws were in nice and snug with blue Loc-Tite.

/that’s/ how much the rear hubs vibrate, creating what I can only describe as, the most uncomfortable ESK8 I have ever built or owned.

The feeling is best described as riding one of these: 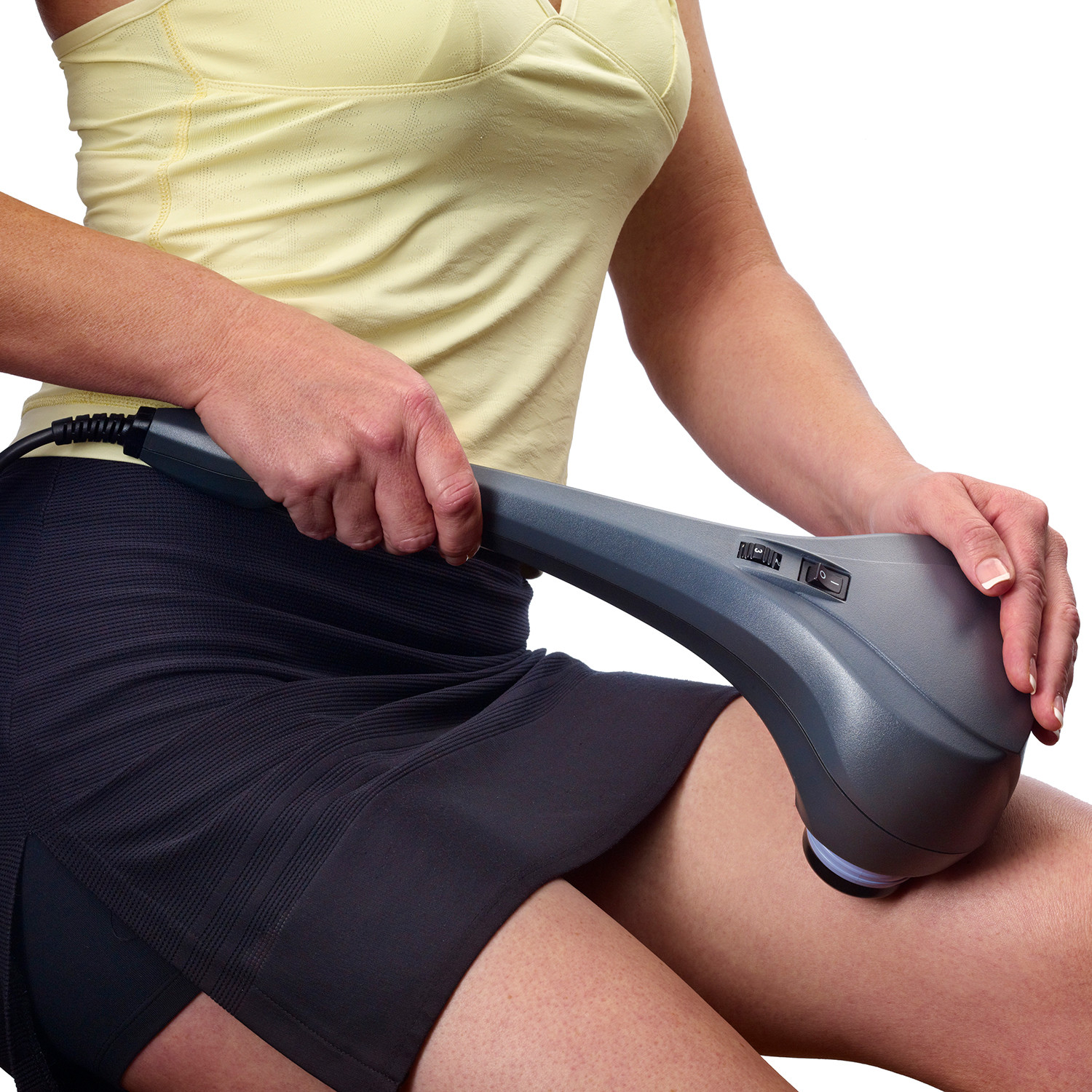 (or riding both of these, as is often the case for my fellow Raptor owners 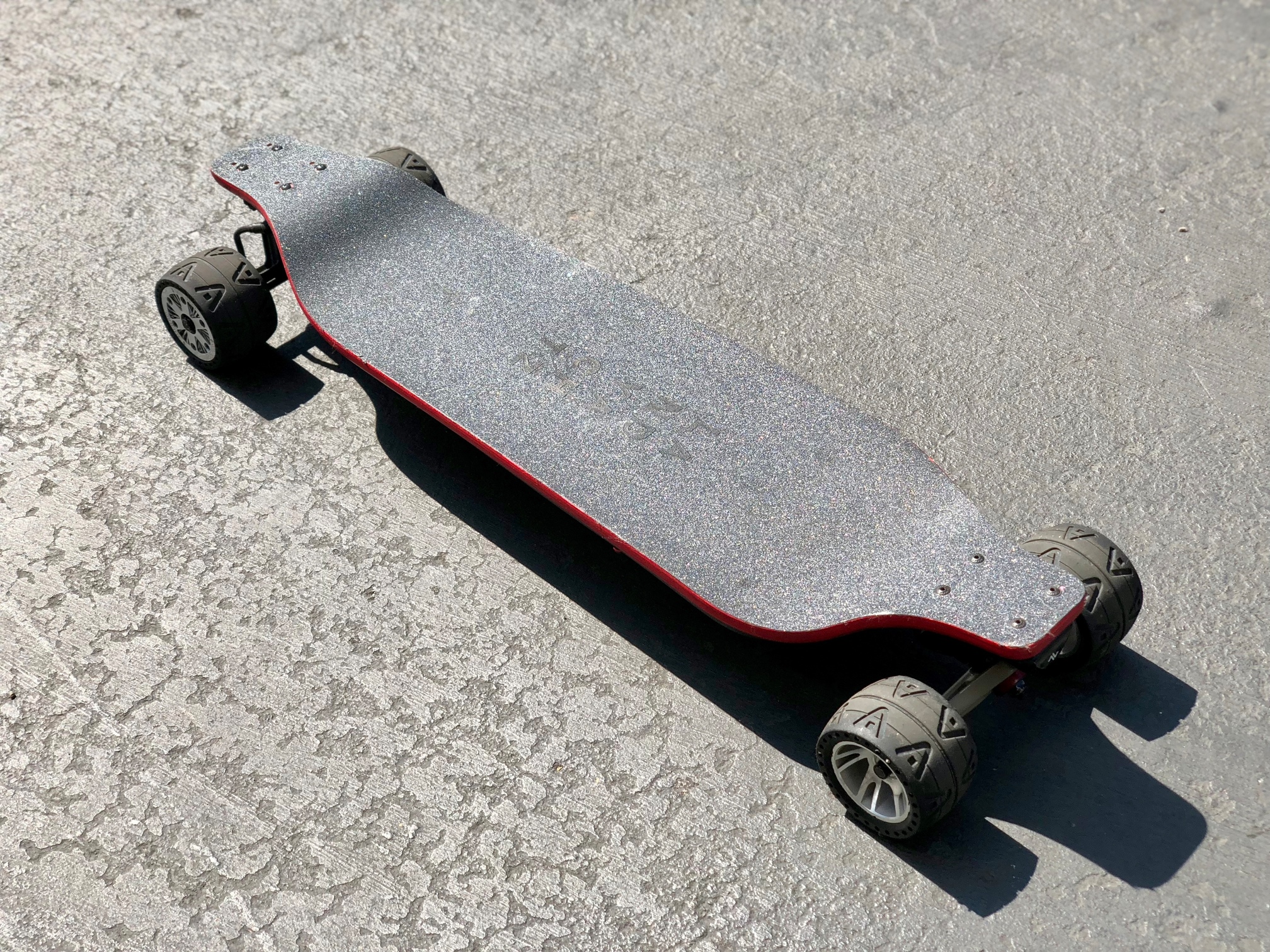 The look and geometry is actually very good; I can turn easily within the street and the board feels wonderfully stable at speed when it’s not vibrating. 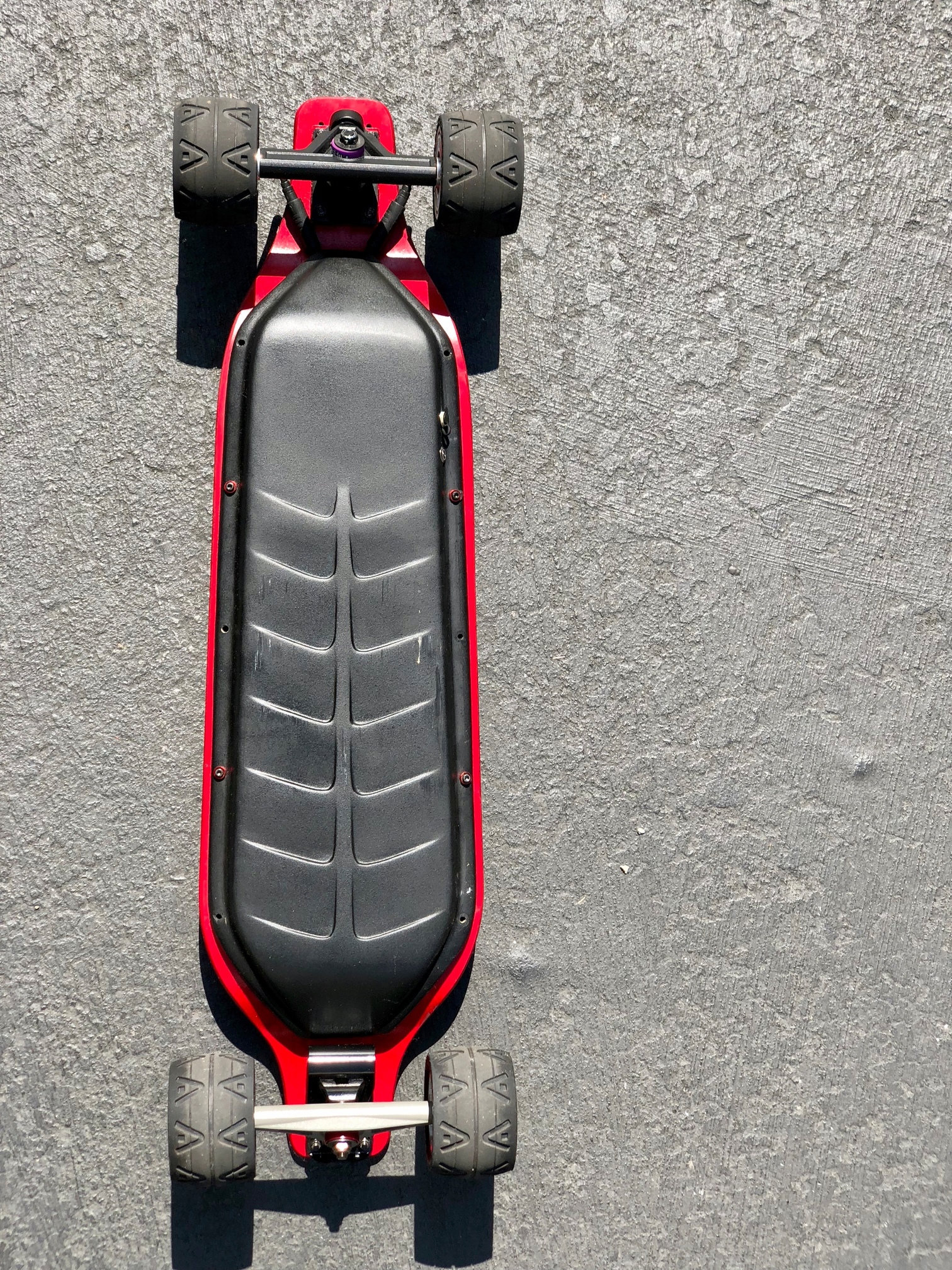 Yes, I even tried to shape the tires but it doesn’t help because the cans themselves are not perfectly round and aligned. 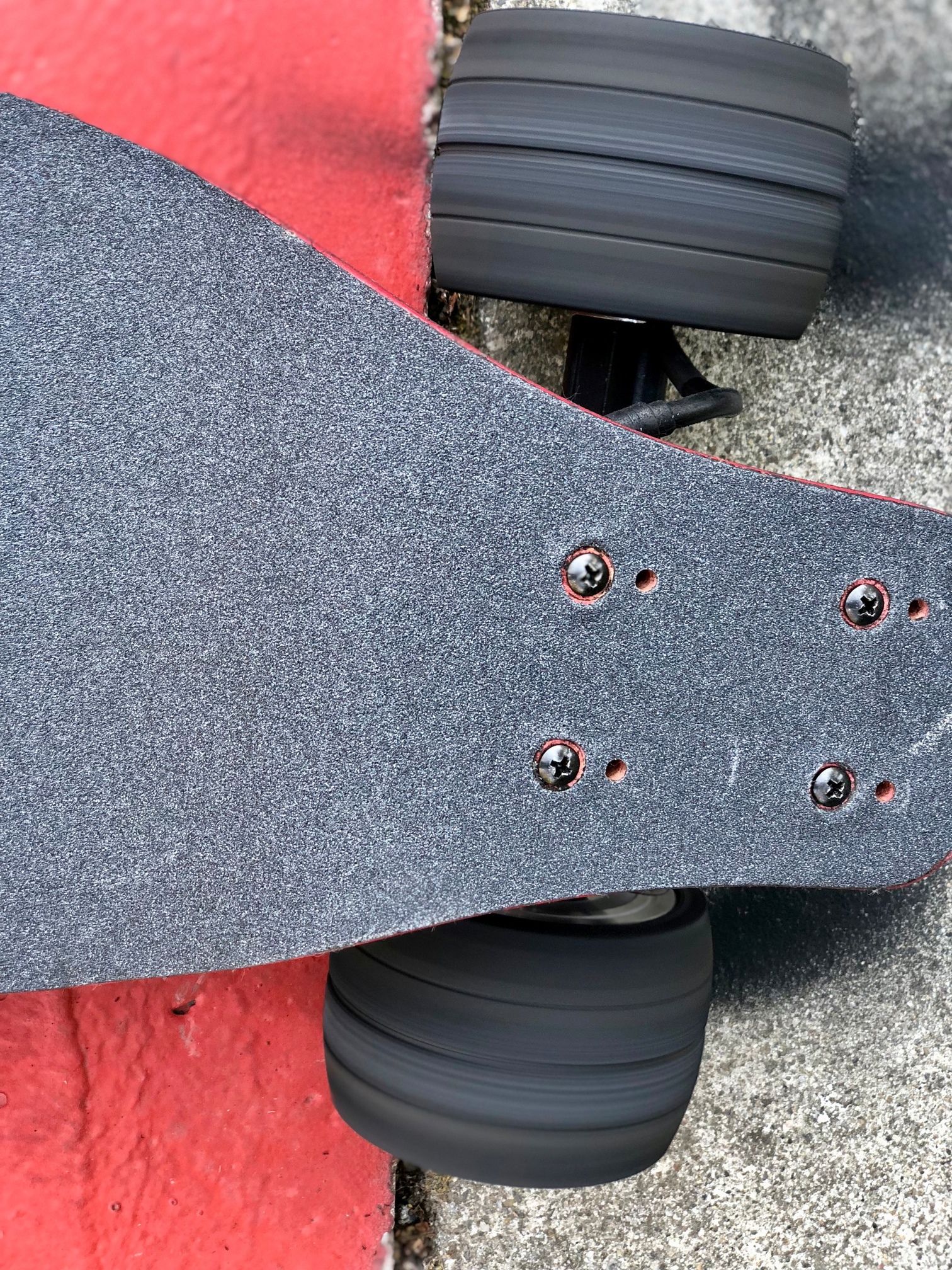 I’m going to ask SkullBoard to replace the motors, see if they want to give this build another shot and we will update it here and on Reddit.

Two of my friends bought SkullBoards and both have the same vibration issue. It’s not unlike the Backfire2 vibration issue; it’s just way more exaggerated.

For the record, it didn’t feel any faster on 12S, so we’ve set aside the TorqueBoards 10S3P battery as it’s safe to say the SkullBoards kit performed the best with that battery.

When our Skull Boards Evo, or “Skeevo”, rides smoothly for a few seconds at a time - it feels /amazing/. Hard to argue against car rubber for asphalt.

imagine driving a car with four tires that are out of balance.

to give you an idea of how worse that is on a rigid downhill legend like the Evo, at 18 MPH, I backed off because I thought the /Avenue/ in the front couldn’t handle it (I have sorbothane between the battery and electronics and the deck, they were fine).

Screws with Loc-Tite jumped ship tho.

The Skeevo is a failure in that, as it stands, it has the worst boardfeel of any esk8 I have ever owned or built.

Ask my brother @donta42 how his stock SkullBoard rides, and his is understandably worse (no avenue truck, shock pads, tire shaping, etc.).

This could be a bad supplier shipment for SkullBoards, and to be fair, even my new Boosted Mini X arrived with a bent axle. It happens.

I’ll update this review as I have time, but for now, we’re pulling the @SKULLBOARD drivetrain out of our Evo test mule.

At certain speeds, for a little while, the vibration from both trucks will cancel each other out and seriously - incredible boardfeel, love it. You can tell these are going to be awesome in the future.

A shame about the vibration, the board looks amazing

When I used a generic 110mm wheel made of rubber, I had a similar problem, so I cut them in half to find why they were so unbalanced. Turns out that the rubber pour was really bad, lot of big air pockets in some places that made the wheels completely unstable at high speed

Ugh that blows. Thank you for the great review. Would the tires work on standard cores in your opinion?

Hmmm… very interesting…So even a custom dialed set up has vibrating issues???

Hey there guys! I was originally only going to pick up the skullboard rear truck kit + front wheels…But ultimately, i did not want to go taking apart my current set up which is working soooo perfect for me right now. Sooo to rule out any esc...

Not to the tolerances we require for the speeds at which we ride, my brother.

No way I would say try 30MPH on these, for example.

In automobiles, wheels/tires that are unbalanced will make the car shake and vibrate at certain speeds… The seat… the steering wheel… the frame of the car… and all the while, the car will consume MORE fuel as you continue driving that way…

I wonder if the “AIRLESS” nature of the tires, and those little tunnels across the tire mimic a poorly inflated car tire,… which will also cause vibration in an automobile… The way the wheel compresses unevenly during carves/turns and even simply going straight… The “structure” of the tire doesn’t hold up uniformly, thus introducing more vibration and poor fuel efficiency.

ty for the review, i was so hyped for these wheels, because i dont want to go the pneumatics route…well gotta wait then

I think this is SkullBoard’s first customer service test. Let’s see if they offer to swap out the hubs.

To be fair: the SkullBoard ESC is a keeper, hands-down, the 350W king, and I am going to try it with my Landwheel X5 hubs if all else fails.

A YouTuber we all know reached out from Reddit, today, asking to review the Skeevo as it is.

We’re not out to embarrass anyone so I politely declined, yet the point remains: the best upgrades in the world can’t fix a warped hub.

I guess that is my question now… Are these warped hubs/“rims” ? or is the nature of the “airless tire” contributing the inconsistent deformations…???

Because on a car, each of those two things will create the same symptoms (perhaps at different speeds)

(could be both! hhaha)

God! Mine are balanced!

So youre running into battery draining issues. but no vibrations??

Video of the vibration here:

clearer angle from side, demonstrating out of balance at all speeds

I hear different opinions… I would like to build evolve supercarve trucks with skullboard hub motors… Is it worth or not??

I just want an stealth esk8 So i want hub motors Also i love the evolve trucks. I want to combine those :). 130 dollar for 2 hub motors and 2 wheels is not that much i think… I only need to vind evolve trucks somewhere xD

Might be tough to mount them, but I’m happy to try to help find a solution.

Btw where you from ?? Did you need to pay Amy taxes or duties for the skullboard hubs?? Gr

No taxes or duties; I ordered the ESC and controller from Min at @SKULLBOARD and DHL delivered very quickly - in fact, I believe SkullBoard’s ordering and procurement system is the best out of all of their competitors (SMS updates, someone is there in live chat always, etc.).

I bought the hubs + 21,098 ft. of bubble wrap from @dspx who wanted to ensure the SkullBoards safety so badly that she packed them in a box the size of a microwave

how is the esc doing?? does it perform well?? does it accelarate a bit nice?? i maybe want the same esc… but want to know if its good…