Hallo !! Welcome to everyone on the forums

hi my name is Jason, I like long walks on the beach with my electric skateboard!

Hello my name is: Dave, generally a jack of all trades, master of none. I’m here looking to meet like minded folks also in to viewing electric board pornography. Also here to lend an ear or a helping hand in the development of electric longboarding. 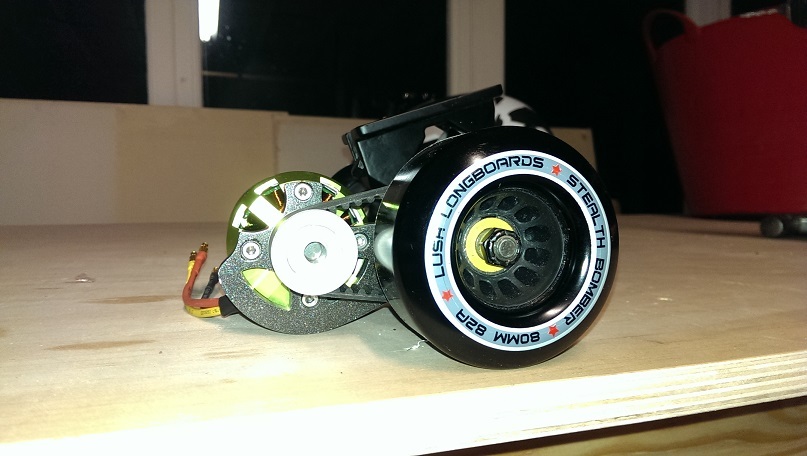 Hi! I am in the process of building an electric skateboard. Don’t think, build one and it will benefit you heaps with your last mile journeys. A DIY board will crush any pre-made board on the market. I look forward to seeing your build thread and helping you out!

Hi, new member - been lurking for a while on endless-sphere in prep of my build. Building an exotic wood pintail eboard, dual rear motor, with enertion components and a custom made board. Will post pics of the build as soon as I’m able to upload!

Freinds call me Swede. My plan is simple. Buy it, ride it, have fun doing it. Just placed my order for the carbon fiber completed board. Cant wait to get it so I can try it out.

Hey all looking to start a buil in the next few weeks little bit by bit i have a baby on the way so funds will be limited but i wanna do my home work first! Also i have build my own electonic cigarette mods so i am a very hands on diyer will give any thing a go first before paying some one to do any thing. Tought my self alot from you tube and was passed on a lot of knowledge from my old man

ultimately im wantinng to build a hybrid of these 2. I have also riden the fiik spine which was a dual motor setup not sure if its available to the public yet dan quinn owner of fiik lives around the corner from me

so i want the dual motors, carvy like evolve, battery and off road of the street surfer

I have been looking at alot of the enertion stuff i like it all but want more off raod AT OPTIONS!

Any surgestings would be greatly appreciated thanks

Enertion is 7.5ah. Hub motors are good for carving apparently.

Hello everyone! i’m Manolo from Argentina. Sorry for my bad English! In Argentina doesn’t exist electric Boards, and i think this is a great idea to solve a lot of problems i have with traffic here at buenos aires. I hope you can help in my build. I was reading a lot of posts here and i think you are awsome…

Welcome! We’re all here to help and learn along the way.

This is a great place to learn! Good luck!

There are few options for all terrain builds atm, We use to offer 5 inch all-terrain pneumatic wheels. But they sold out and i didnt restock because we are working on something new. Won’t be available until next year.

At the moment the parts we sell are designed more for Street. Maybe do a custom bushing setup from riptide, then you can get a really turning feel from any trucks.

Also Check out Alien drive system for their all terrain wheels.

The beauty of DIY is if you can imagine it you can build it.

Do plenty of reading first!

Enjoy the build as much as the ride.

Hello everyone! New member here from Sweden, just saying hello. Got my board hanging on the wall and the space cell sitting in the box, just waiting for the remaining kit to be ready for shipping. Can’t wait to get my hands on it and get it all mounted! Then it’s ridin’ time! (Unless the snow hits first, which would be a bummer)

Hope you get your stuff soon. You waiting on vesc?

psychotiller: Never tried snowboarding, should do it sometime, only just recently picked up longboarding too.

Onloop: yes, but i don’t mind the wait, seeing as it comes so highly praised.