So this has been a work in progress for a long time… I had the vescs sitting about waiting for the time that there was something that deserved them! This was first put together on a smaller custom deck that worked well but being tall(6ft,6) I found myself with my feet moving close to slipping off. I made an enclosure by making a plug for a mould then moulding that so then I could make enclosures. Here is the plug ready to mould. 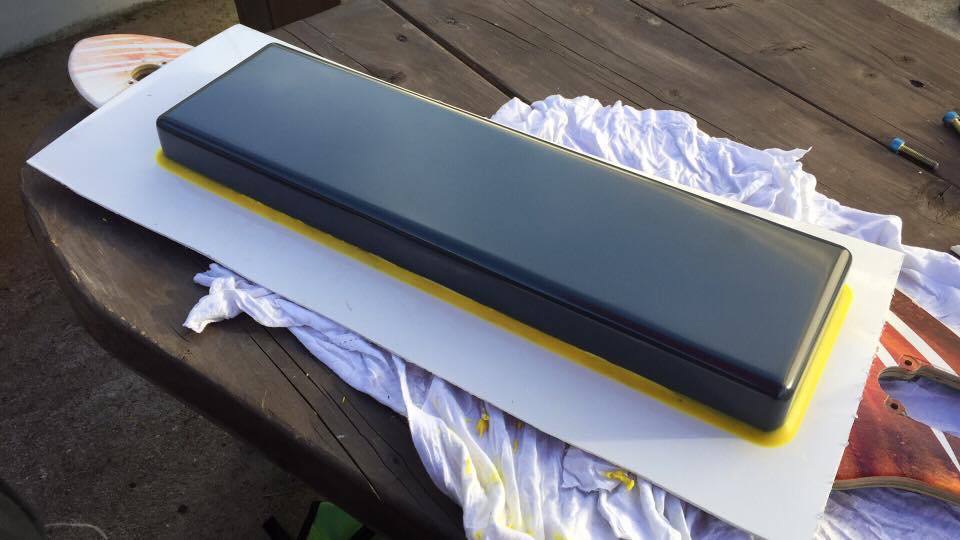 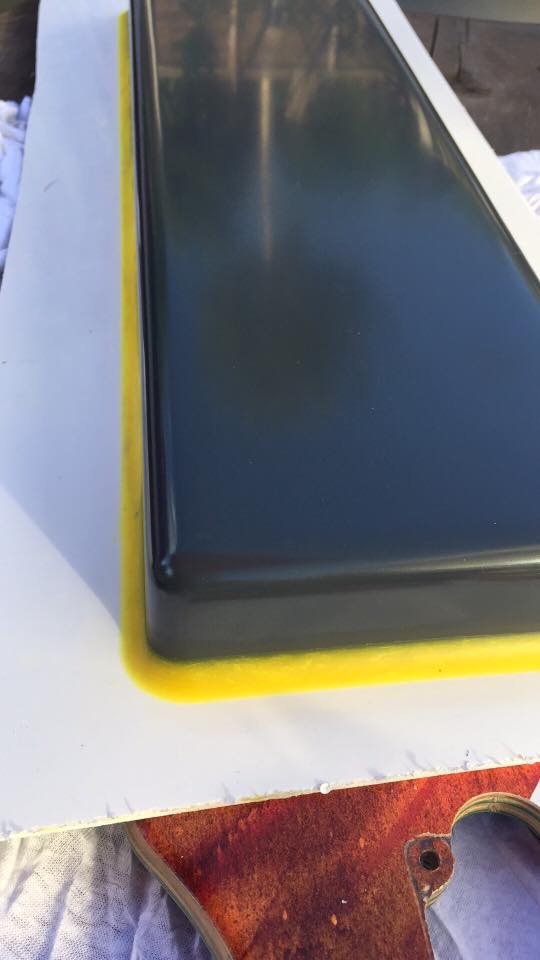 IMG_1264.JPG3264×2448 1.71 MB
Obtaining the Landyachtz board I then went through the whole process again! Last night I used the mac compiled vesc tool to go foc sensored and what a revelation. AMAZING, sooooo smooth. how did you make the plug ready mould and the enclosure?? I want to do the same thing

The plug was made out of wood and then primed. This was sanded back with finer and finer sand paper then polished. Then 6 coats of wax and then mounted on the waxed deck shape. Then it was ready for moulding. I did 2 coats of gelcoat and min 3 coats of fibreglass leaving the mould to cure tacky in between coats. When it was fully cured I pulled the plug out and cleaned, light sanded and polished up the mould. Then it was ready to wax up ready to start making the enclosure. It’s a lot of work for 1 enclosure and can go wrong at any stage if you scrimp on any of the processes! I have the mould and a few other enclosure shapes now, so in theory I can sell some enclosures and recoup some money for the time and materials…

Aha, that sounds like a ton of work and materials that I dont have, I think you can make a killing if you sold those enclosures though, I would def buy one If I had the money. Oh yea and another question howd you get those evolve hangers? I have a set of gullwings that I would not switch for anything else but the catch it that I have a motor mount Jb Welded on there and the mount freaking snapped on me like a solid plate of aluminum just snapping on me. But Im looking into a dual 6374 setup and If possible save some money on not buying the entire evolve trucks and just hangers instead

Photo of my snapped motor mount that died on flatground I like the trucks but find it sketchy when I get up to 27-28mph. I need new bushings I think… I bought the hangers from the evolve distributer outside Paris (Ride more) Could something like this be any good for you for dual 6355s? http://www.electric-skateboard.builders/t/new-circular-truck-motor-mount-40-shipped-order-now/33609/46

I’ve been covering costs selling the enclosures for £40.

I think stiffer bushings might help with higher speeds, but double kingpin trucks just aren’t meant for speed, though it can’t hurt to try!

Ive never been faster than 25mph, but ive been riding these trucks for a year and a half now, I cant be any happier with these trucks!! But i already have a 6374 in hand so im probably going to get another one of those and Im probably going to get another set of those mounts that have carbon fiber arms or some other motor mount, Im going to wait for reviews on those motor mounts as theyre still a beta thing

Im in the us, ny specifically

There’s a part of the cycle track on my commute that is really straight that I always push it on but I know not to gun it too much after a few exciting moments. It seems to have very slight corrugations in the tarmac that resonates with the trucks and it gets funky. Do you know when you get those on the edge moments when your nose clears? Or is that just me??

Oh yea another question, what size belts are you running

For anyone wondering, you can order the evolve hangers by emailing [email protected] and asking to buy replacements. This was the only place I was able to find GTX hangers for sale without buying the whole set of trucks.