I tried it at -60 and -50 on the motor and 0 on the battery. Didn’t notice much of a difference between the two.

I also tried both at motor and battery at zero - it just doesn’t brake.

So, my problem is that the vesc just cuts out a little too easily so I just upped (since it’s negative) everything by a little: -15 on bat min -50 on motor since, if I’m understanding what whitepony said, it sounds like the vesc cuts off when the regen hits a certain limit. I don’t mind if the brake is a little less strong, just don’t want it to shut off so easily.

Not sure if thats the right direction but hopefully I’ll have time tomorrow to test it out.

not sure what upped means!

you need to make the battery regen min more negative, like 4x4V = -16V according to cell speccs -> change to -20V to have more headroom. the battery will be charged outside speccs, but only for short moments and its still a million times better compared to crashing into a car or something!

you can always leave the motor at the negated max current for min current, cause thats simply what the motor can take.

@guyguy so I don’t really have any big hills to test brakes on, but I tried them on flats.

I can easily say the breaking on the boosted is stronger. If using only the boards brakes I have to plan ahead of time. I’d say it’s not strong enough to throw you off when I slam on the brakes (which can be a good thing i guess?).

In terms of the brakes cutting out, I may have had that happen but I can’t remember clearly if they cut out while I was actually holding the joy stick back. I’ll again have to do more breaking tests. What situation were yours cutting out in so I can try that? Was it only down hills?

Here’s a little video I took of my friend just hard braking from about 10-15 mph (running pace) on flat surface. I asked him to brake as hard.

New video by Will Ch 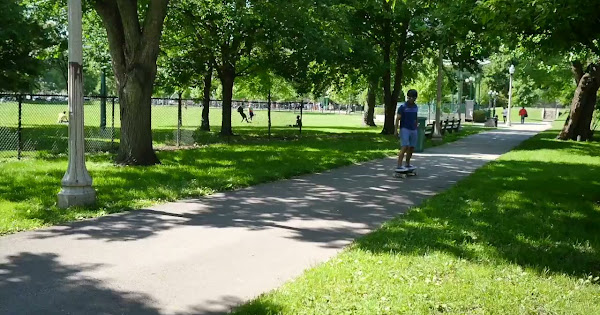 You can hear it rattle then it cuts out around the end of second 4 - you can also see him move forward a little on the board.

It’s not just in hard brake scenarios, it happens in long brake scenarios for example if I brake softly for over 3-4 seconds it cuts out - you probably have to be on a hill to mimic this.

@whitepony by upped I mean from -20 to -15. So, +5 on the battery min. I’m going to test it in a safe environment, if it’s really soft I’ll probably open it up again and retune. If I have to choose between softer brakes and the vesc shutting down mid-brake I’d rather have softer brakes. A lot of it is expectation and inexperience on my part too - when I was braking softly down a ramp into a tunnel it cut out and I just wasn’t expecting that to happen. I had to just jump off the board and the board took a hit.

The cut out is caused by too much power going back into the battery right?

The cut out is caused by too much power going back into the battery right?

yea, the min current is exceeded (larger negative number) and the vesc goes into error for a few seconds (red LED blinking), then comes back online!

but after your experience was contradicting my expectations, maybe I just shouldnt say anything anymore.

That rattle sounds like belt slipping? I didn’t have any rattle in mine for sure.

I think sending it back to him was the best option. He will take care of it.

What did you think of the board compared to the boosted performance wise? It’s top end is much faster im sure and your range must be way more. Not sure how your friend on the boosted kept up while you guys were riding together.

Brakes on boosted are solid though. And it has a lot of flex so the ride is more comfortable. LHB boards are pretty stiff so you feel everything. I ride mine on smooth pavement and that’s where it shines.

Thanks so much for the link @flatlinecustoms. In the end did the suggestions in the thread help i.e. upping the min bat setting and changing the control to current no rev w/ brake?

@photorph I’m trying to troubleshoot it myself a little first to see if I can fix it before sending it to LHB to save him money and both of us time. Adjusting these few settings doesn’t seem that difficult either – if the issue were something bigger like replacing a major component I’d definitely send it back. Playing with the BLDC tool has given me a lot of insight into how the board behaves and I do want to invest some time into learning how to both maintain and ride the board. In regards to the boosted board, we just swapped with each other and rode around the block. I had my daughter and my wife/his girlfriend were there so we didn’t want to just go off cruising (although the urge was there…). I’m ~225lb, so the flex on the BB was significant, I never really got comfortable on it but then again I only rode it a short time and I’m still new to this. The roads in Chicago are extremely bad. I’ve taken drainage trenches (you can see one the middle of the road in the video I posted from IG earlier) speed bumps and all kinds of general Chicago road BS and haven’t had much problem. Although, at the end of a ride I do feel like I’ve been sitting on a riding mower all day.

@guyguy removing the reverse worked when I was in the north Georgia mountains. Month later under extreme braking around my house had it happen again. I haven’t had time to replicate and take inside to check faults so I have not adjusted anything just yet. I would definitely try the settings first.

So I tested brakes today, they didn’t go out on my while riding. But sometimes when I have the board standing, if I give full throttle then slam the joystick all the way back nothing happens and then I just fully lose connection with the remote. It stops working completely, I have to turn the remot on and off for it to work again.

I don’t know if I should worry about this or not…since while actually riding I haven’t had an issue (yet).

From what I’ve read I think this is less an issue for dual mounts because the motors are smaller and the braking is spread across both. Your dual has 2 vescs, one for each 6355 which is smaller than the 6372.

That’s good to know. Like I said no issues while riding yet, however see video below. It totally cut off. Video is unlisted and I’ll remove it in a few days.

Wonder if @longhairedboy thinks this something I should take action on… Since it hasn’t happened while riding yet.

do you have to turn the board off and on as well, or just the remote

I was told, btw, gunning the control forward then switching to reverse was a bit of a cardinal sin that goes back to RC racing. Not sure why though…

I changed mine to brake no reverse in BLDC and increased the settings to -15 bat -55 motor in (or lowered depending on who’s talking). We’ll see if this helps.

-20 is actually what i had it set to originally.

I’ve never seen a steez do this before. You say it always re-pairs immediately though when you turn the remote off and back on again? That’s some spooky shit, i can’t think of anything that would cause that.