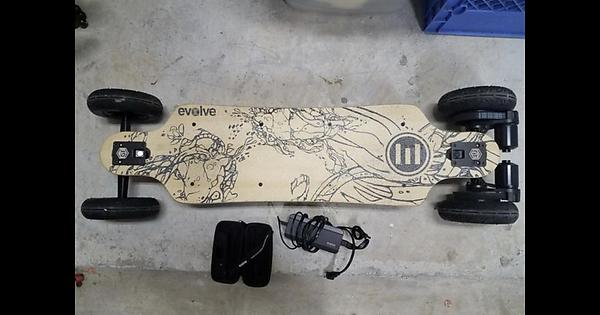 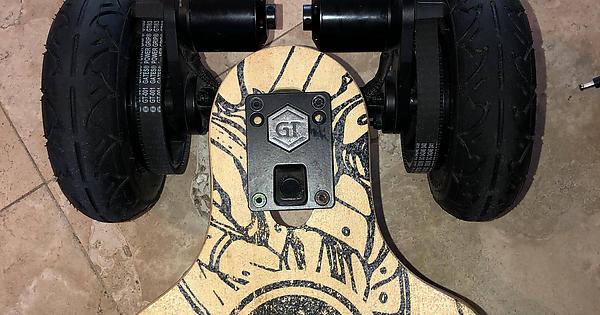 Comes with R1 led remote & case (no disconnection/braking/switching ride mode issues), standard evolve charger, waterproofed enclosure, tail light, and OEM spare tube and belt purchased last week. (Under 40 battery cycles) This board is basically brand new and gets its full advertised range (I’m 170lbs for reference). The only reason I’m getting rid of it is because I’m upgrading to a Kaly xl carver soon.

Are you selling in parts it only whole?

Selling it whole, no point in parting out a nearly flawless board. It’s perfect for a year of riding before it’d probably need a lhb battery upgrade. Even after the upgrade fees it’d still be cheaper than buying a new board, and the 30q 10s4p upgrade is much better than a carbon gt battery anyways. I’m selling bc I’d prefer freeing up the money before ordering the new kaly.

40 batt cycles is a decent amount you know, it shouldnt be classifed as like new

For a battery of that type it has a minimum of 250 cycles that’s not a lot. I agree that it’s not like new but we should be clear as your post made it seem like to cycles is a majority.

Yeah sorry, didn’t mean to make it sound like that, I was just doing some calculations in my mind 40 cycles x 10 miles per cycle is 400 miles even though the bamboo gt is rated up to 21 miles stock. (so hence me saying 40 cycles is a decent amount) @mmaner

@Brennanx1 how many miles you got on the board?

if we go off of evolves specs a stock battery could do at least 5250 miles on 250 cycles based on 21 miles.

I should clarify that by “like new” I meant the condition of the board and components themself, not just the battery. Only marks are from me riding it since I got it (I’ve used it for almost 200 miles), and it was used for under 100 miles by previous owner (25 cycles). She told me she maintained it at half battery by recharging it and testing motors/remote occasionally, and it shows since I still get good range. She had it for sale for a high price since she had several, but I talked her down to a fairer, but still rather high price, which I’ve accepted a loss from since I plan on upgrading. I’ve been riding it several times a week so the count is slightly up but range isn’t noticeablely worse. Today I rode 3.5 miles in fast/gt mode mostly street with maybe .7 on grass and the remote showed 76% battery remaining (and slowly rising). It rides strong till about 30% I noticed a few weeks ago when I rode it for such a long range (8.5 mi), so I’m sure I can achieve at least 10 miles with the AT wheels if I took 1-2 short battery sag breaks. Battery sag exists with these boards, nothing but the cell upgrade will fix it, that’s why I mentioned the LHB upgrade earlier since he’s located nearby. Anyways every part is in perfect condition except for the cosmetic marks I made while riding. The marks are a light scratch on one motor, one motor mount has a few small scratches in the same spot from rolling it by hand, and the deck has a sticker and a few tiny spots missing black paint near front (seen in photos). Nothing on the trucks, wheels, or enclosure. Everything still works perfectly and you won’t stop me from riding it unless you give me money. I’ll occasionally lower the price like I just did, as battery cycle increases and marks appear from my riding. The board and battery really do perform like-new and that can only be seen by test riding in person, which is why I’d prefer a local pickup. Or I could upload videos if wanted but that’s not as useful as actually testing it in my opinion… Sorry if any of you felt mislead.

Yea all that was typed on a phone lol

You see, I have a bamboo one and one main reason people on this forum aren’t reacting to this post is because evolve has 3 main problems. 1 being it’s unfortunate resistance to water. One drop of water will break an evolve board. 2nd being its range capability is no where near the actual range of the board. You see as an esk8er we want continues power and throttle till it runs out of charge.(3)Unfortunately evolve sets it’s boards to reduce the amount of energy going to the motor, and after it reaches 50% it automatically goes into eco mode which sucks. I love GT mode but when it’s at 50% and I’m using GT IT SWITCHES TO ECO!! When that happens going uphill your f*cked. Going from 20mph-3mph within seconds! Now that’s how accidents happen. That’s the main reason people of the esk8 community back off of the evolve brand. I love my bamboo but seriously, EVOLVE NEEDS TO STEP UP THEIR GAME, if they want people to buy their products!

I would recommend reducing the prices or try to sell on offerup or eBay, those are your best chances

I don’t honestly think that this is the right place to sell a complete nice evolve to be honest. Anyone interested in that would be for a tuning platform and that one is too nice and too expensive for that kind of conversion. Probably best to try the facebook groups or reddit. Good luck though

I think eBay is the best for it

Well I’m glad the original owner had it professionally waterproofed. I usually don’t get that sudden change in modes until right after I let off the throttle in GT mode after a long ride. I’d imagine that effect would be amplified with the GTs two motor drag, but that wasn’t the case for me. I recall draining the battery in GT going up a bridge after a long ride and it switched to eco, but I wasn’t thrown off. I noticed the switch instantly as acceleration decreased, but falling wasn’t even on my mind, and I was going at least 14mph up a sidewalk next to cars. To be honest, it didn’t feel like the board was instantly throttled to eco acceleration, it felt like a gradual decrease (maybe bc AT wheels?). It’s annoying but only happens after a long ride and usually replenishes enough battery for the fast riding mode after a few seconds anyways. I think it’s a great deal for someone who wants an AT board now. The battery upgrade is only $350+ ~$130 for quality cells and provides a much greater and longer lasting range, but I really think swapping it now is kind of a waste of a battery, even though all evolve boards need it down the road.

Edit since lots of comments while I typed this: You guys are right- eBay is definitely a faster way to sell it. I have a local offer on OfferUp for $900 in a few weeks but who knows if they’ll follow through. I just wanted to post it here in case anyone was interested. All of you with the crazy powerful boards are the reason I’m listing this

I’ve always been a “speed demon” and I’ve been craving something more powerful. 7000 watts please!

At one point if you use evolve for more then 300cycles, it will start acting up, as @mmaner says, “evolve are only good for 1000miles

Yes, very true Once you hit 1000+ hit me up and we can upgrade your system complete. 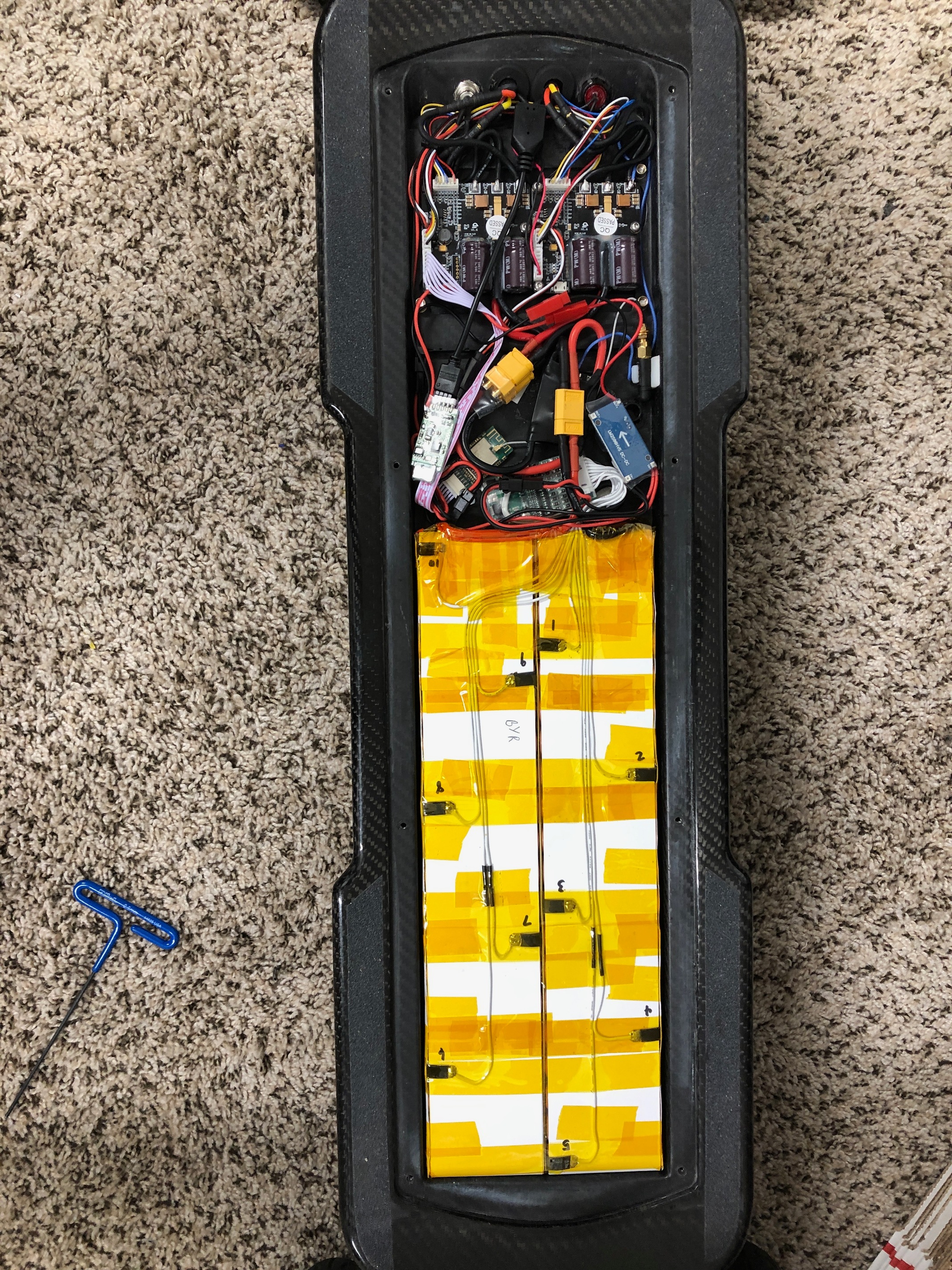 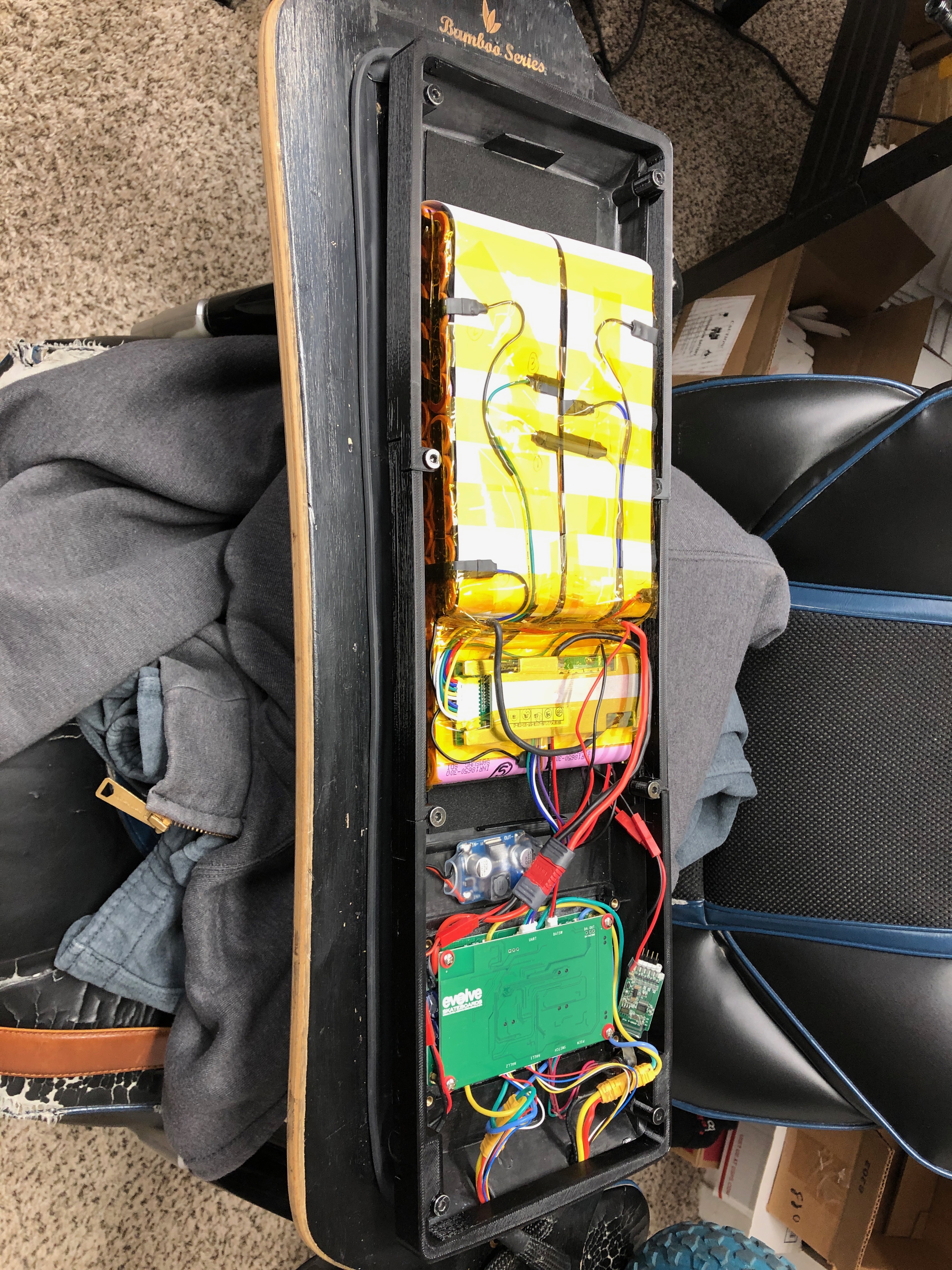 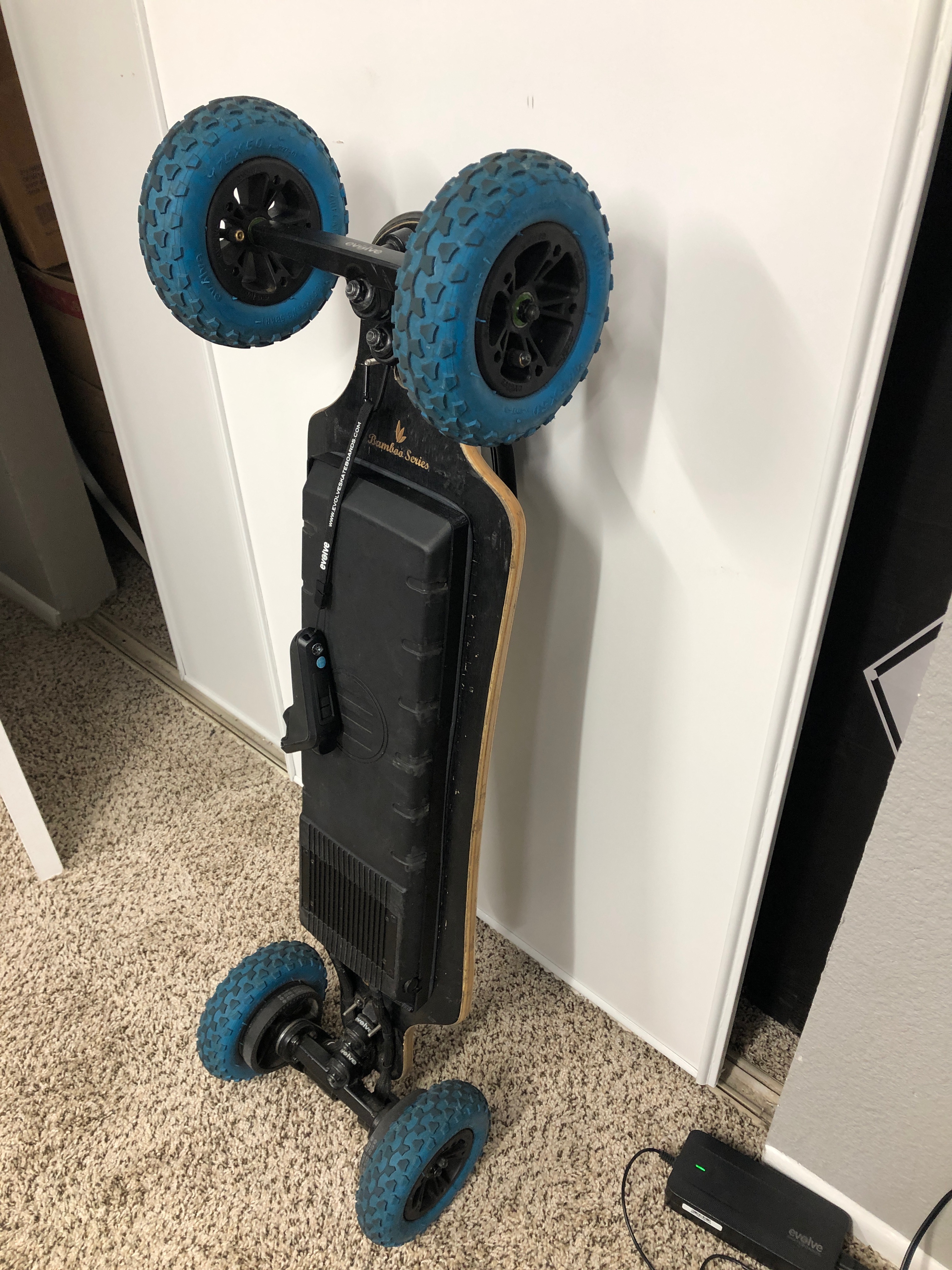 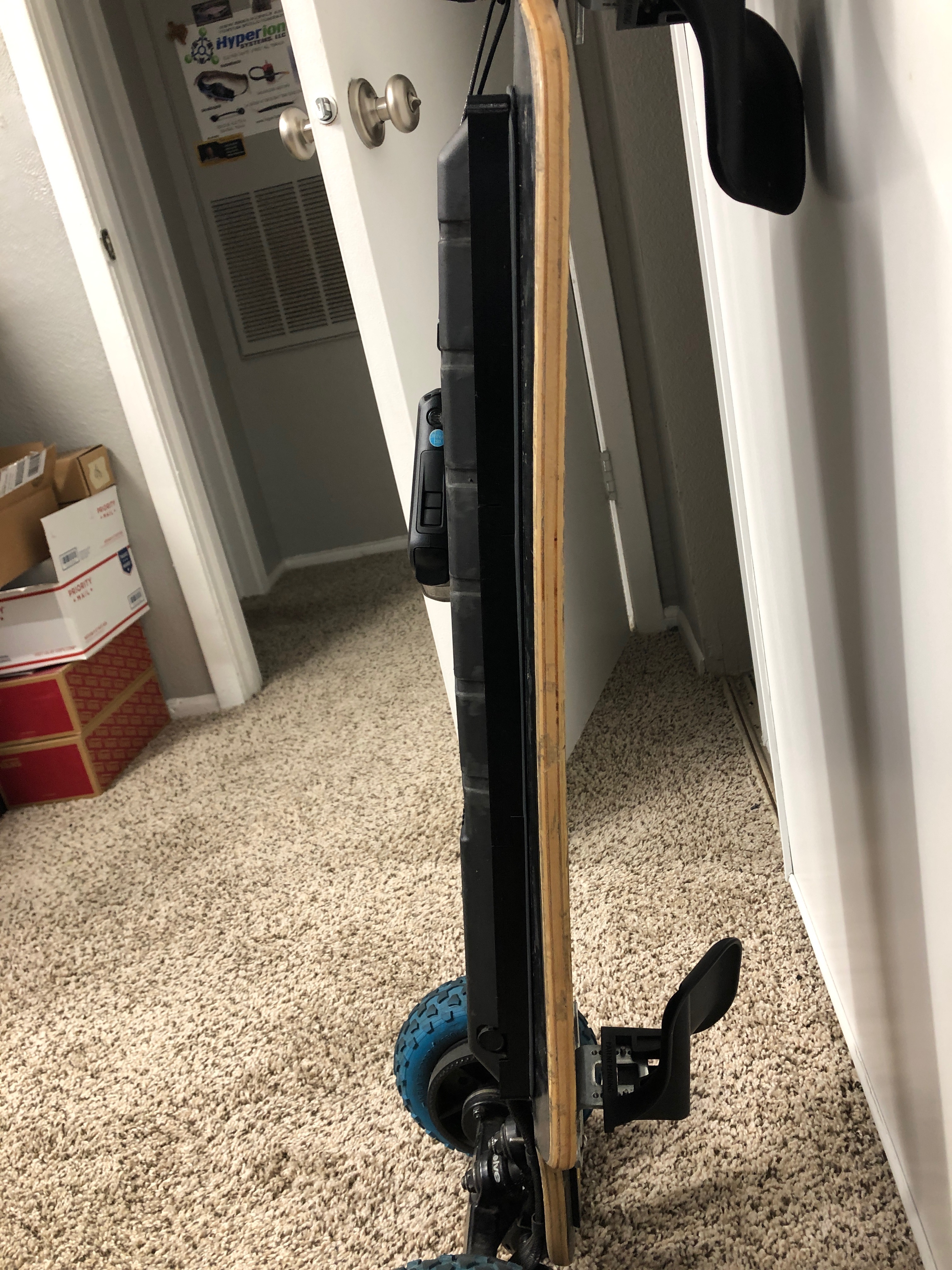 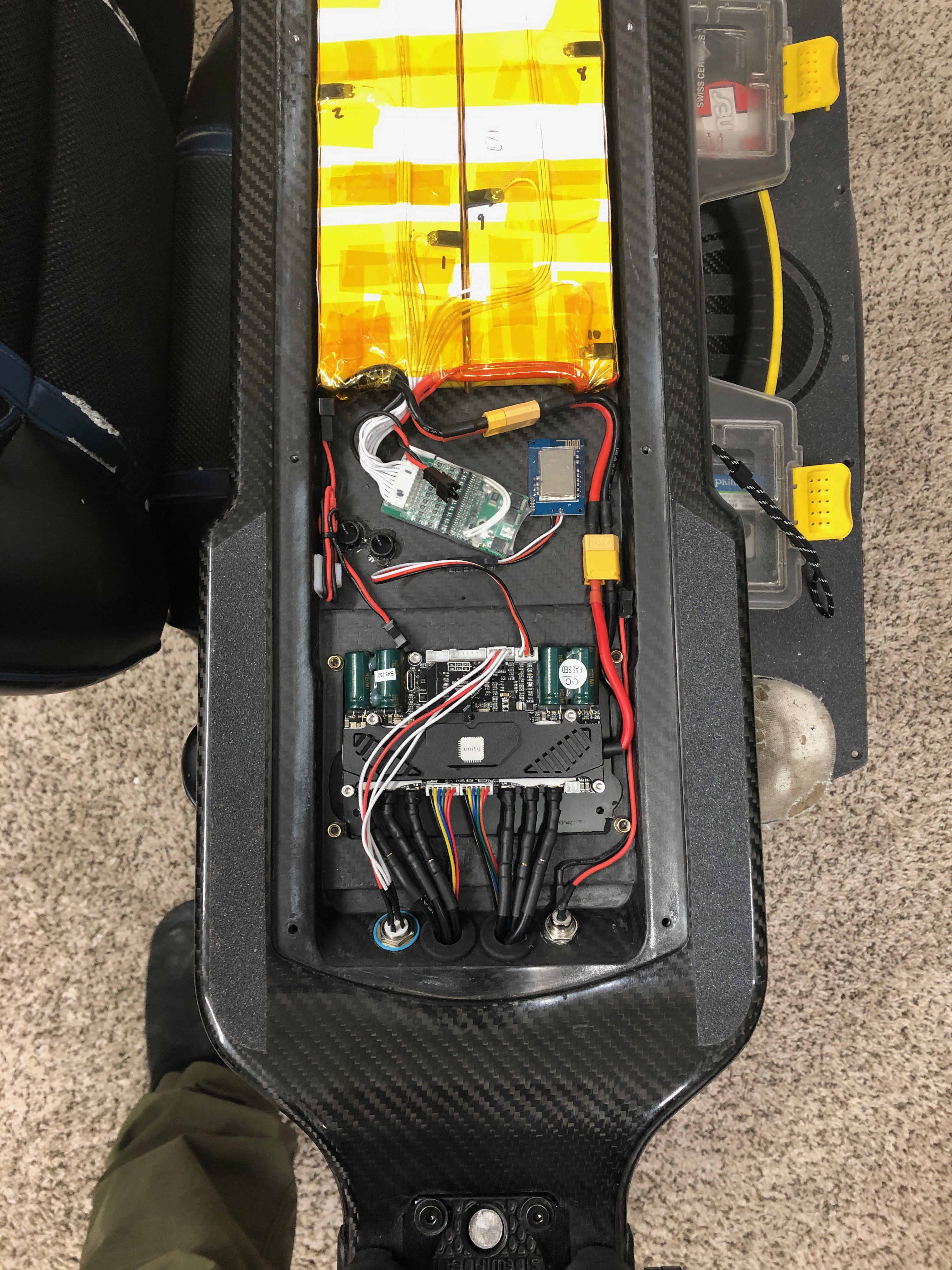