i think i got a bit ahead of myself with ordering all parts but not understanding everything to be honest. I bought 2x Turnigy High Capacity 12000mAh 6S 12C Lipo Pack w/XT90 batteries. But i don’t really know how to charge them. I know that i should use a balance charger but my question is if i can charge both at the same time or one by one? Would this be enough and how would i charge them simultaneously?

This would be my balancer : Charger Link 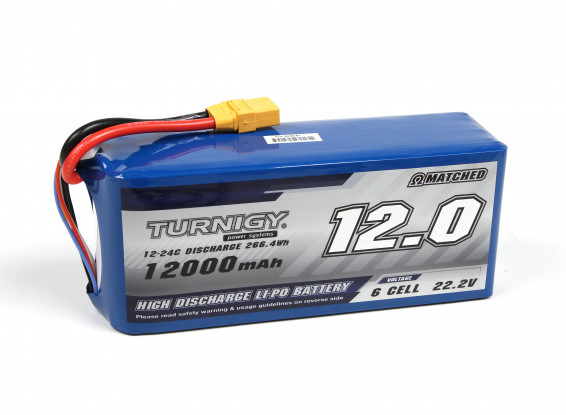 yes you can charge them at the same time using a standard hobby charger and a parallel board from Hobbyking (the imax b6ac is a great one) . just test the voltages first and ensure that they’re relatively close before you plug them in. with that monstrous capacity it will take ages to charge as when they’re in parallel it essentially creates a 6s 24,000mah pack. so if you charge at 5a itd take just under 5hrs to charge

With this Charger you will charge ages. I need 2.5h for 5Ah. You could charge them parallel with a parallel board, but than you need to know what you doing and it will take even longer.

It’s not a 5a charger

that’s what I thought too. In 6s max charge current is 2.3a

So pretty close to 10h for both to charge.

just under 5hrs to charge

That made me laugh

The Powersupply that comes with the Balancer has 12V 5A. The 5A are good, but i need more volts right or is that ok?

How about this one?

You’ll then need a bms and more wiring and another hole in your enclosure. If you get what I posted, no more holes, no bms, no more wires.

Never seen a balance discharged this powerful before.

The most easy thing is to get a charge only bms 25€ plus a laptop style charger 4-6a for 12s and you can charge both packs with one charger and way faster.

I feel I always know the easiest because I’m the laziest. U can skip the bms if ur willing to balance on the side. This method also allows fastest charging and cheapest. Best for the laziest, cheapest, and most impatient, but you must be somewhat capable 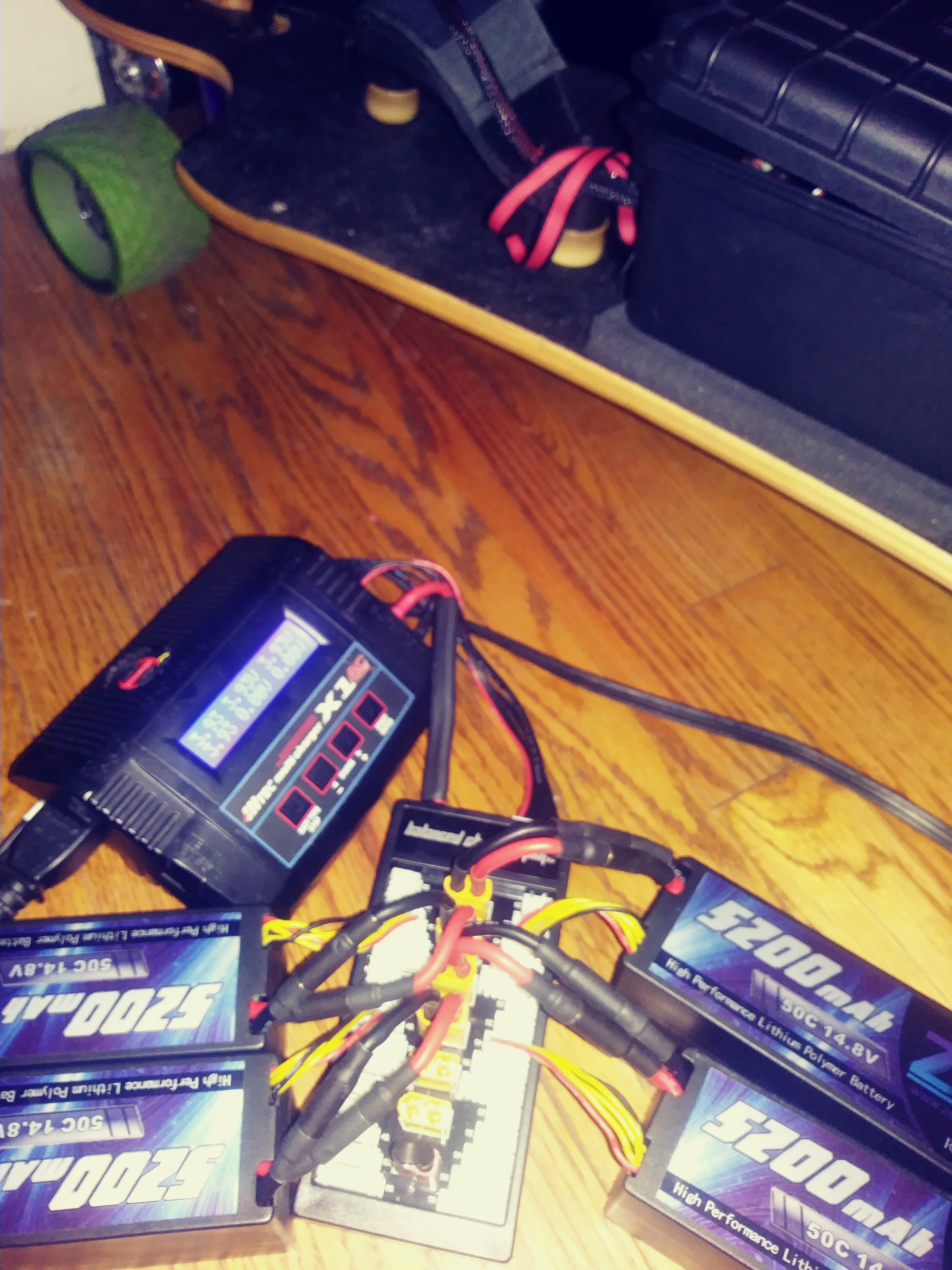 Oh and I’m doing that with six lipos now.

Technically this doesn’t have to be charged the fastest way. I’m building my first DIY Board as my Second Board (Wowgo 2s) This is supposed to be a Mountainboard. So if it takes 5 hours to charge so be it. I don’t want to solder or cut anything on my batteries becuase i don’t trust myself with it. Plug and play would be the best

Hardly easy. Those little plugs drive me nuts and ur doing tons. One big xt90 plug and putting the balancer intermittently to the two 6s balance plugs

. Easier. Cheaper. Way faster. But more likely to blow up if u don’t watch out

I found this on “Skatemetrics Patriot” Build. What do you think of it? I don’t quite understand the last part.

EDIT : They use the same batteries as me!

You can charge the batteries individually using a 6S balancing charger like ([this]). For bonus points, however, you may also consider building a very simple adapter for a standard three-stage charger like [this] , which will allow you to charge both batteries at once (be sure to balance them from time to time though, or you could start a fire). Creating a converter is as easy as soldering two bullet connectors to a coax charging port, like [this].

Honestly i‘m Not holding anything on that guys… You should always balance lipos, because if not you can easy peasy ruin your full pack because only one cell was over discharged.

If you go with a bms solution you don’t need to solder anything on your battery. Look, I made this adapter 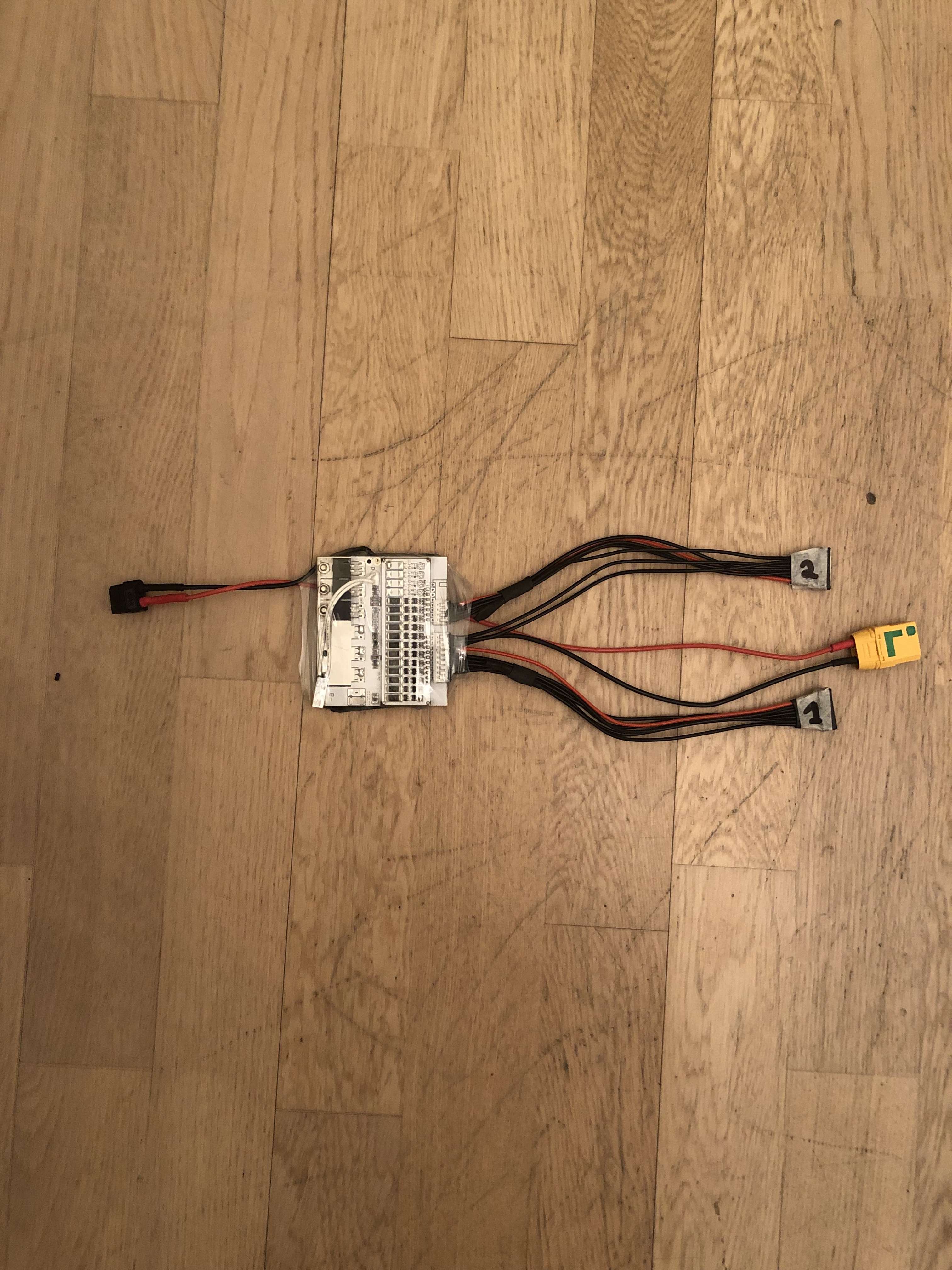 You just connect a usual 12s charger on the charge side. And both your lipos in series( like they are anyhow connected in your board) from the other side. You than connect the balance leads of your packs to the bms and you can balance charge them.