I had a very simple and very plug and play build running LiPos, but decided to revamp it, so here’s the rundown my first proper/updated build.

Pics of the progress so far… 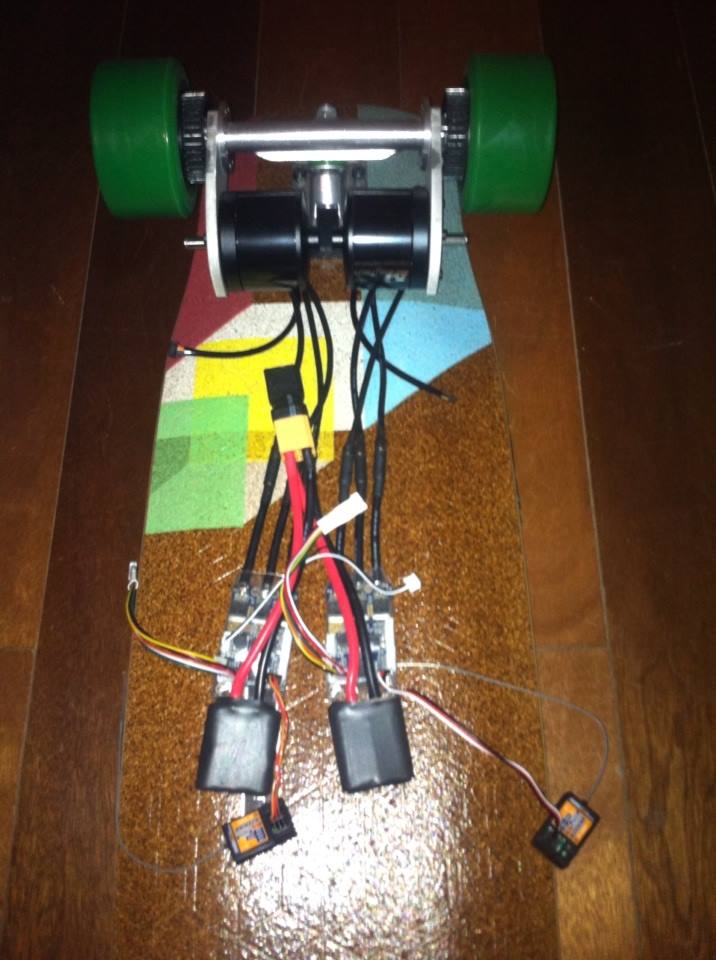 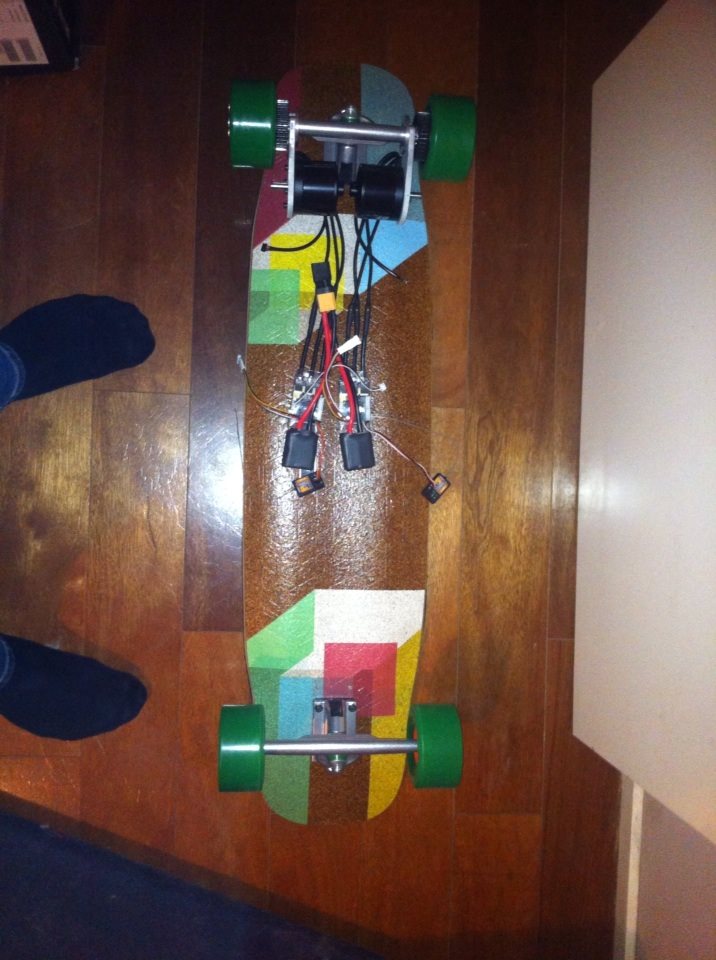 Doggo hates it, she can remember the sound the Evolve GTX makes. 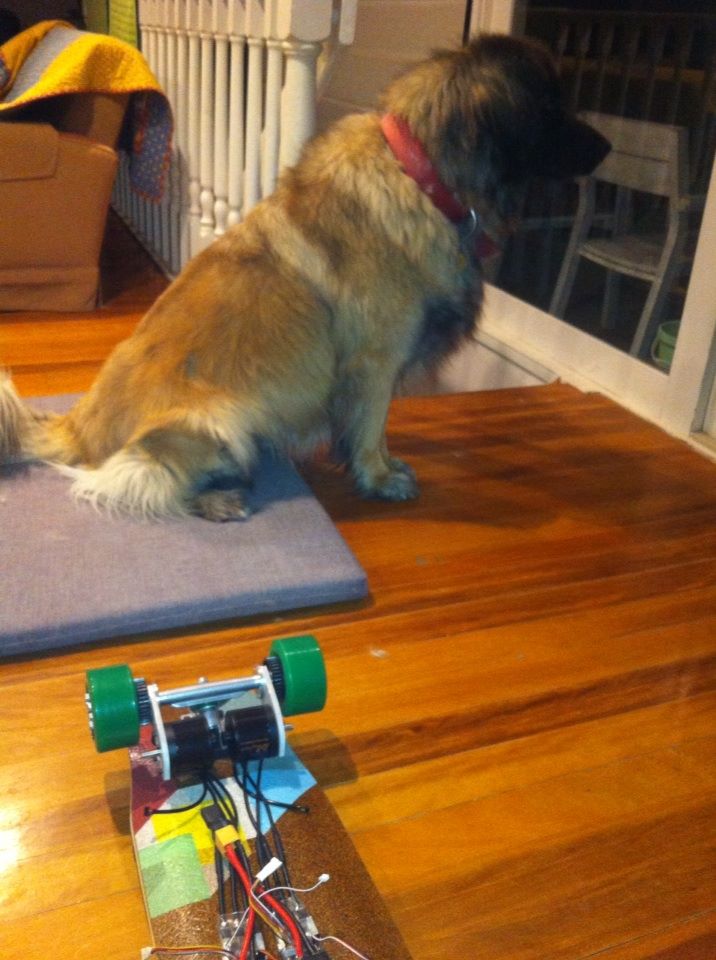 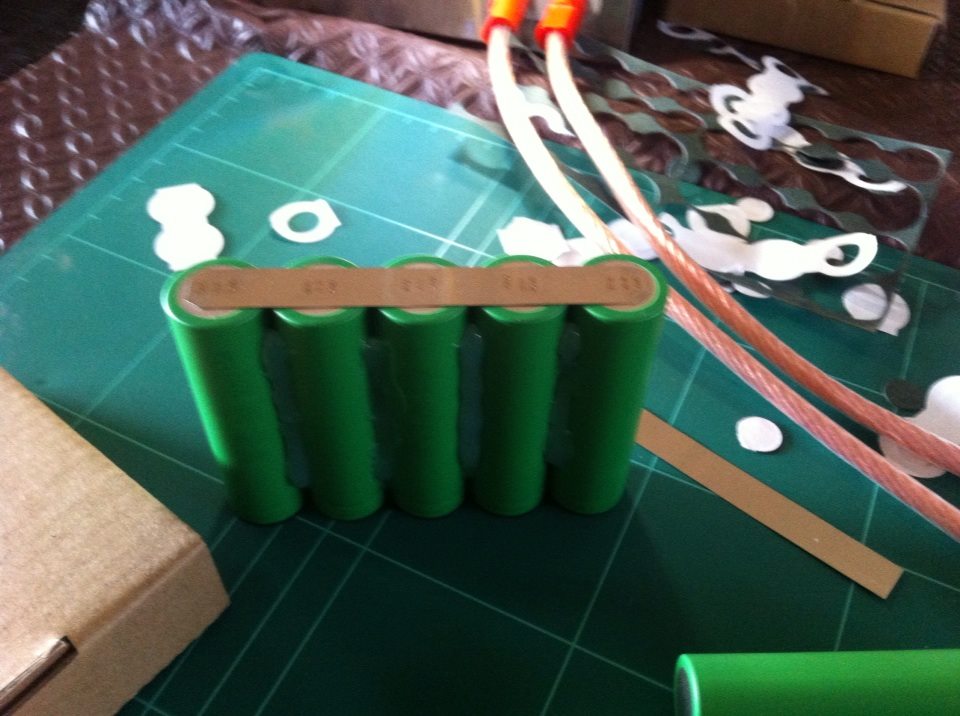 All connected up (lots of nickel strips stacked up on the series connections that go length-ways along the pack): 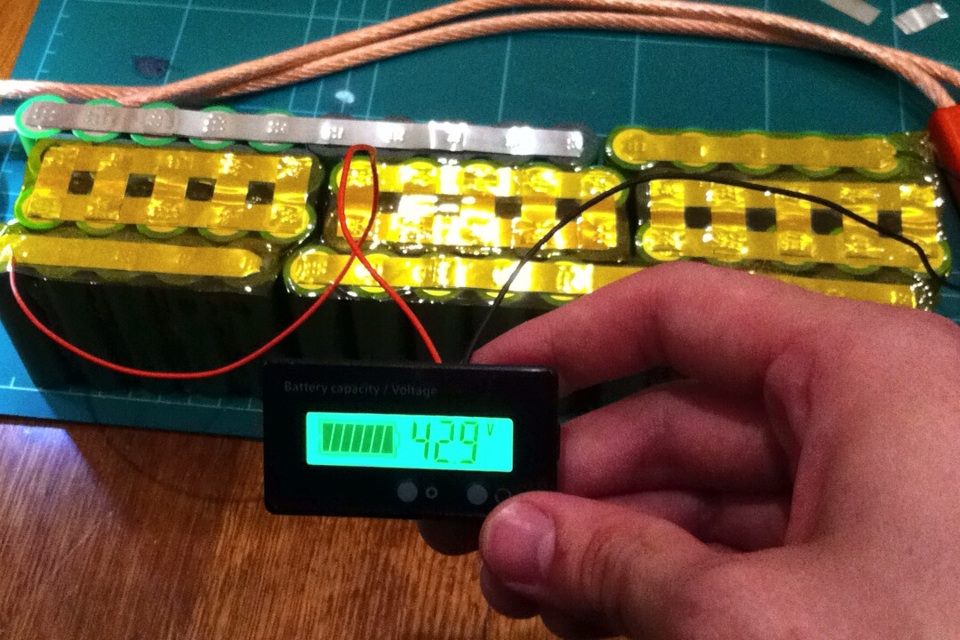 Did some insulating then folded the pack out: 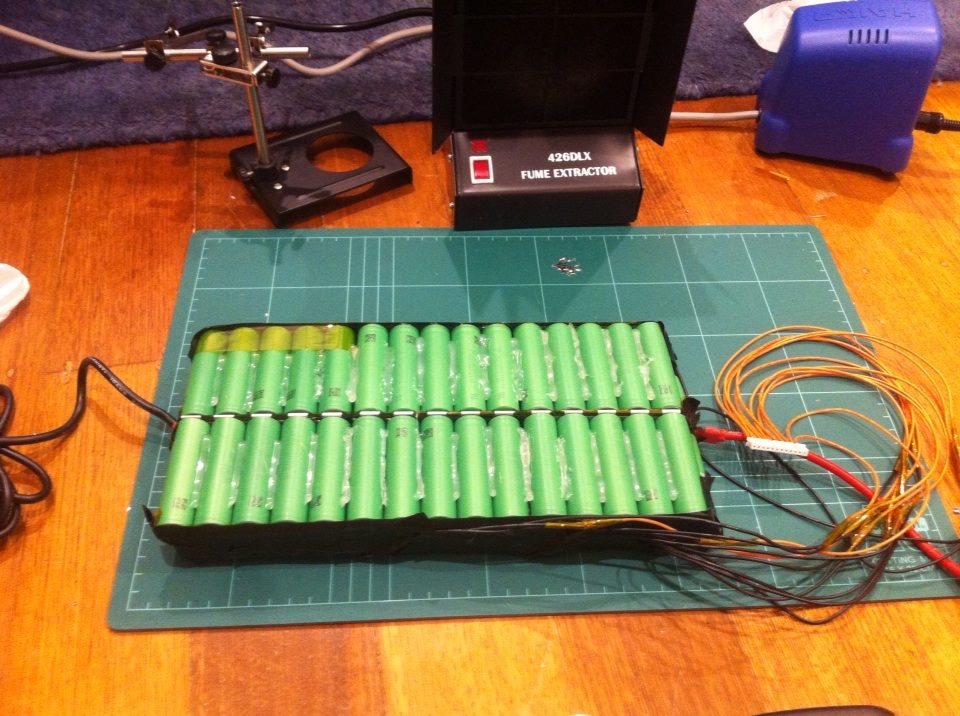 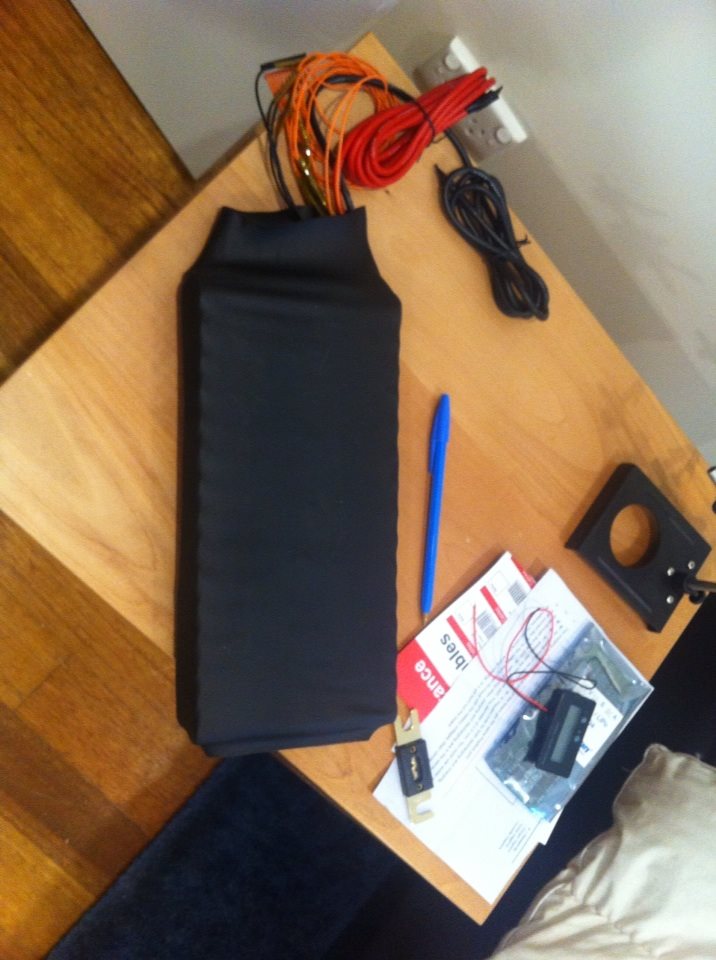 I’ve connected up the BMS and an XT90 off the battery pack and it is on its first charge as I write this, no pics of that yet. All that’s left now is attach the bits to the deck and attach the enclosure. Big thanks to @psychotiller for answering many questions about the build!

Edit: Had a little hassle when ordering stuff for the battery pack. Watch out for fake batteries, I got a fake bunch of HG2s from ebay (local seller in Australia and luckily they refunded quickly). Did some searching and found people on vaping forums recommending the seller Supersports600 (in Australia) who seems to do much more testing to weed out fakes. I ended up ordering my VTC6s from them and everything was good! Based on my experience, I’d recommend chatting to them if you’re looking to order in Australia!

Any pics of the final build?

What kind of insulation do you have between the two batteries? The middle row looks really close

Great job! Let me know if you needed anything else!

Nothing is attached to the board just yet, I’ll hopefully drill and stick things to the deck tomorrow night, I’ll get some pics as I go!

I did some extra polyamide tape, followed by some electrical tape. Added a layer of the little gaskets I used on the positive terminals and folded it open. I think it’s enough, I did press it together after folding so there’s a decent gap but yea it is a small gap. I also did some more gluing and taping after folding to try to make it a bit more rigid to reduce any movement that might wear the insulation.

Thanks mate! And No worries, will do

If I remember I’ll measure the clearance to the enclosure later, I have put half inch risers on and with 97mm wheels it should be reasonable. The deck is also pretty rigid, so that will help. It should have better clearance than my evolve gtx, which I’ve bottomed out few times, in part due to the deck flex.

Grabbed a couple of pics: 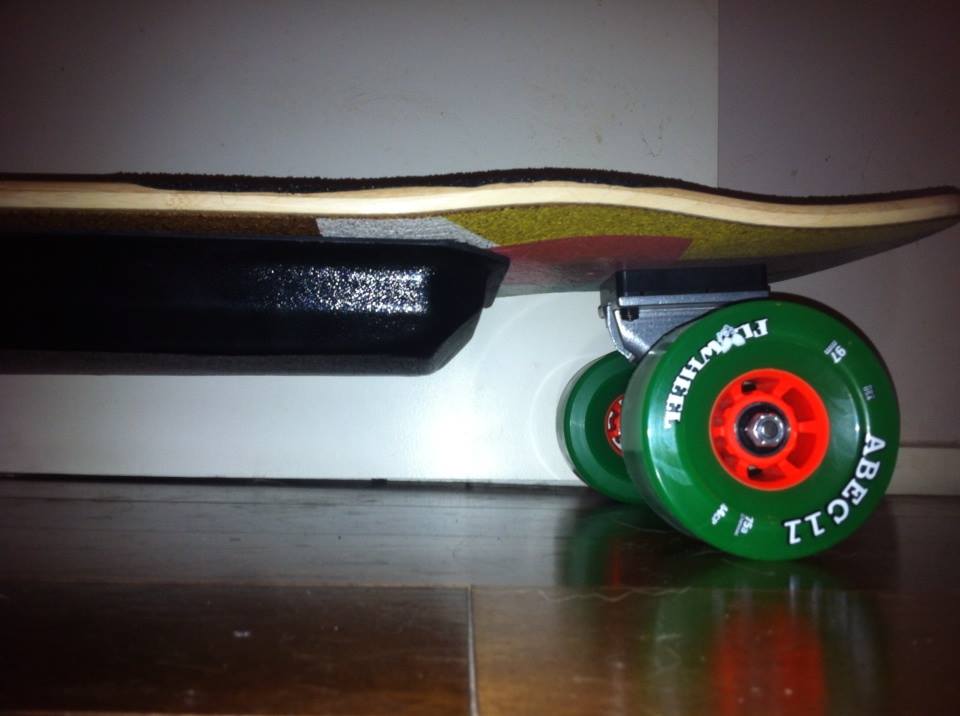 Measured wheel clearance in direction of travel toward the flare and got about 70 mm (not a very accurate measurement, but gives some idea): 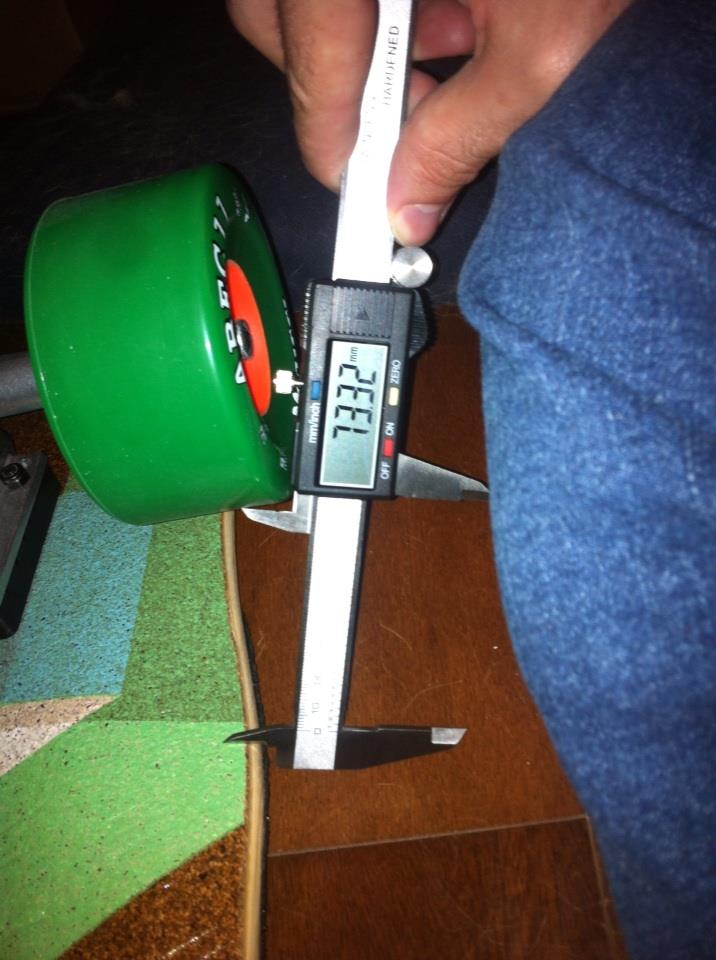 Here are a couple of pics of the completed board (I’ve since added a couple more screws to the enclosure), and one of FET failure.

FET failure happened while the board only just moving as I stood back onto it after a break. I had stopped riding for a few minutes, as I was about to get going again just getting back onto the board (had not yet used the remote), I heard a crackling noise from the board, and I turned it off straight away. I had to get picked up, since one motor was braking, so I couldn’t just kick the board home (I suspected an ESC had gone and was shorting two of the motor leads somehow). When I opened it up later, it was evident one of the FETs had blown.

Bit strange with the timing of the failure, it had been ridden fairly hard previously on the same day (testing out the acceleration/speed etc), but the riding for a good while before I stopped had been light/cruising, I had then stopped for a while and it happened while the board was barely moving as I went to stand back on it (no load from the remote, I had just stood on the board, so any motion as I got on it would generated a little current from the motor back to the VESC). I have ordered a couple of ollin escs a while back but haven’t heard anything yet so I don’t think they’re on their way yet, but I’m sure I’ll get them eventually, looking forward to having direct FETs! I passed up the recent FOCBOX deal knowing I had other good VESCs ordered, kinda wish I’d grabbed a couple now, so that I could have something in the meantime. That enclosure looks almost exactly like one I had made, did you make that your self?

I grabbed it from @psychotiller (the knuckles enclosure). Was just right for my stacked battery pack!

Great build working on a similiar one, just tested some hg2’s from australian ebay seller with 99.9% positive feedback their capacity topped out at 2550mah. Out of desperation more than anything i spotted some 4ah battery packs at aldi for $22 i grabbed 6 that gave me 60 samsung 2000mah cells these will do while i sort out my ebay refund. Going to grab that enclosure

Yea, the one I originally bought from was highly rated at the time, I see they’ve dropped to 99.8% now though. Won’t name names on the negative side here. Sorry to hear you got bitten too, but good that you’ve found a short term fix.

But on the positive side… Once I got the refund, I bought from supersports600, sent him a message on ebay and he did me a better deal as I was buying a bit of bulk. Maybe there are cheaper genuine ones around, but I just didn’t want the hassle/uncertainty, and the price was still reasonable.

Minor update on the build:

Where did you get your bms?

Also! Do u have pics of how u connected the switch?

VTC6 are one of the best cells (despite VTC5A) but have higher density of energy:)

It was just from ebay, here’s a pic! It’s wired only for charge, not discharge, so I didn’t need higher amp. 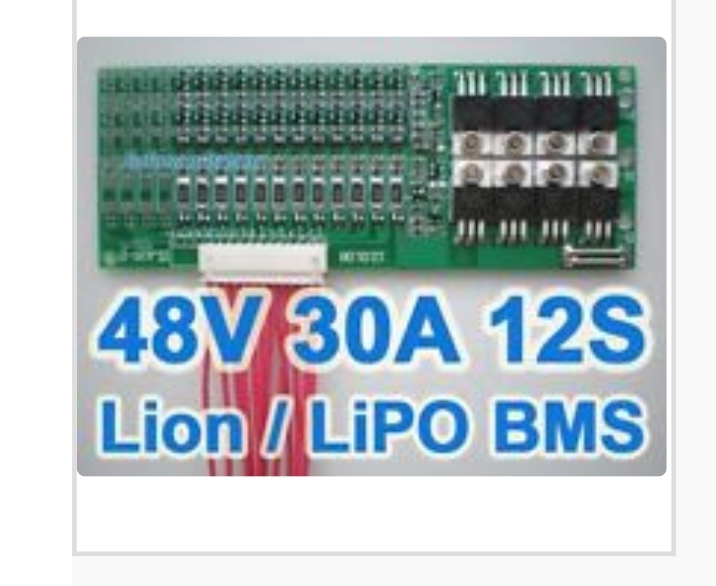 No, sorry. Might be able to take one as I just blew a focbox last weekend! 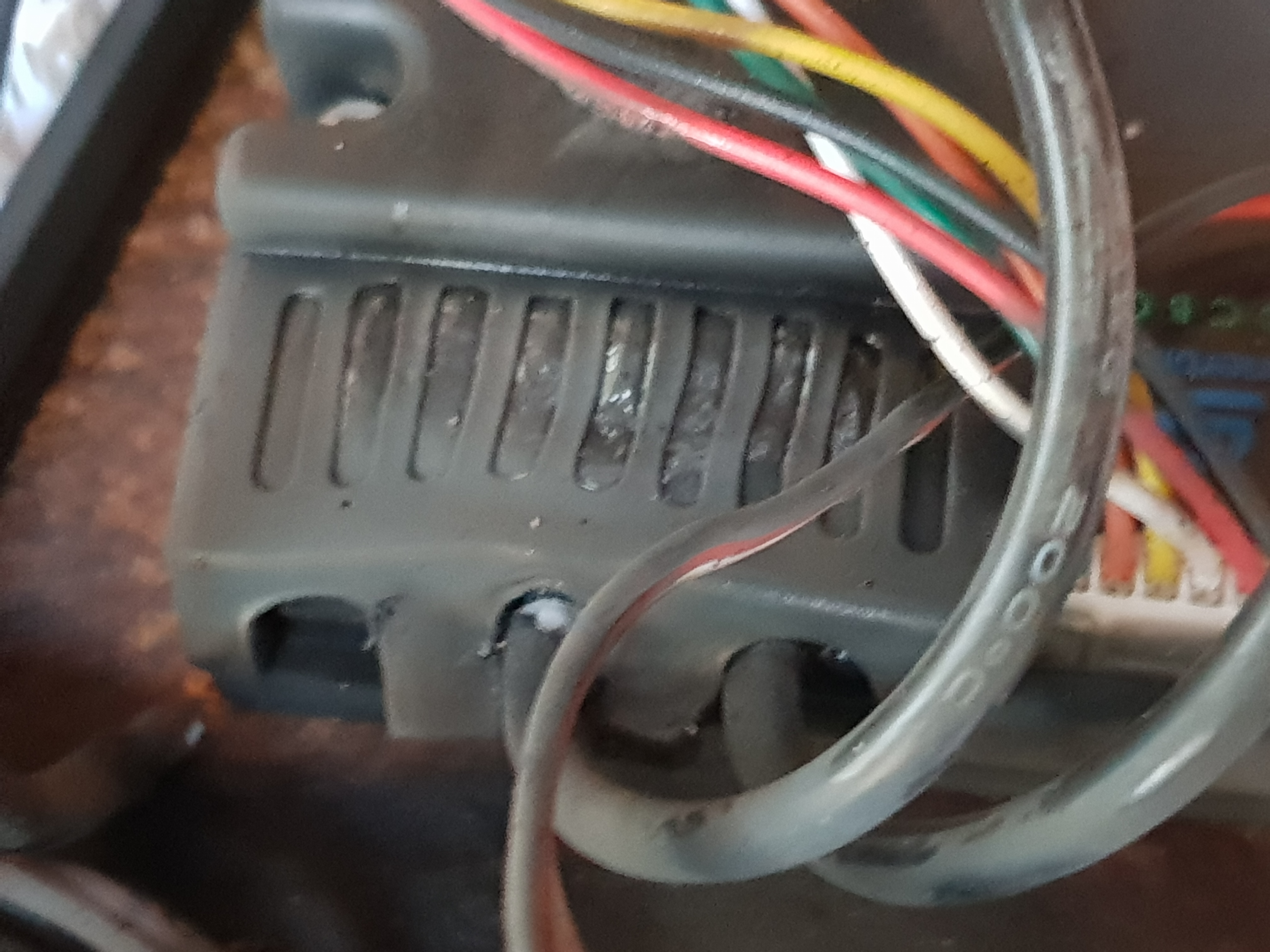 how did this happen ?