Just came across this Maytech ESC which has some pretty decent specs - has anyone tried this out yet?

Still on the hunt for a reasonably priced ESC that can give my eMTB the big fat hairy balls it deserves! And if the specs stand up at $200 a pair this is pretty decent!

These have been around for a while. I think I have two but never used them. Supposedly the brakes were sketchy, but someone chatted with FVT to get new firmware. There’s a thread on here somewhere talking about it.

I think I have two. If your interested PM me

Thanks @JLabs - i think I know the thread you mean but wasn’t that for the > FVT sleeping Lion? This is Maytech…

Maytech does not manufacturer any products. They are basically a Chinese marketing company, they buy other factories parts and mark them up to sell to people outside of China. (Same with diyeboard.com)

So the Maytech esc is the same as the FVT esc

Ahhaaaaaaaa I gotcha! So they’re one of the same. Dammit i thought I had stumbled across a new kick ass product!

Dan, Allow me to share my opinion with you. I have tried using 12s car esc’s similar to those and the brakes are not just sketchy, they’re a bit dangerous. The acceleration is not easy to control especially at 12s The FET’s overheat easily especially at 12s even with the huge heat sink because they are very tiny compared to the FET’s on a Vesc. The Focbox is rated 50a continuous, That’s a total of 100a continuous with a dual setup which should be enough even for a mountain board, I can’t say for sure since I’ve only built street boards.

yeah let me throw my hat in the ring here

i used one of these ESCs (before i blew it up trying to add a heatsink after i lost mine) and the acceleration is extremely sudden. the brakes are also very very weak and are stronger the faster you’re going. That sounds great and all, but what it means is that it’s very very hard to guage exactly how hard it will brake at any given time and you’re more likely to get thrown off at high speed. Stick to the VESC and its variants.

I can give these a one word review. “Shit”

50a is enough, but they (focbox at least) overheat before reaching that continuous. I agree with other assessments made here that they usually are good up to 30A continuous before heat becomes an issue. That said, it will protect itself and just slow down/stop. There is one hill here where I hit the thermal threshold after 3 minutes of climbing.

I’d say, go vesc6 if you need serious and continuous off-road climbing capabilities. With my dual focbox, I’m 95% there in the performance department. Good enough for me. Will see what it is like in summer though.

It works. The feel is totally different from a VESC, but with the VESC 4.12 I was not able to go up to certain hills in my area and this ESC just keeps going.

Ah good to hear I’m not the only one pushing the FOCBOX to it’s limits. I’m gonna add some bluetooth modules to mine to see exactly what’s happening as they work great in FOC (sensorless) and I get the same performance as BLDC but with a better start up but they got way to hot way to quick and just cut out which is super sketchy if you’re travelling 50kph and fully strapped in on tarmac!! I’ve actually been out of action for the last 2 months (not been on the forum too much either) with a fractured pelvis from a similar incident!!

And i was wearing full pads including crash pants (arse pads!). I really need to play with some better cooling for them though now to see if i can make them work as it sounds as though unless I go VESC 6 (which i can’t afford right now) then I might have the next best ESC for the job already. 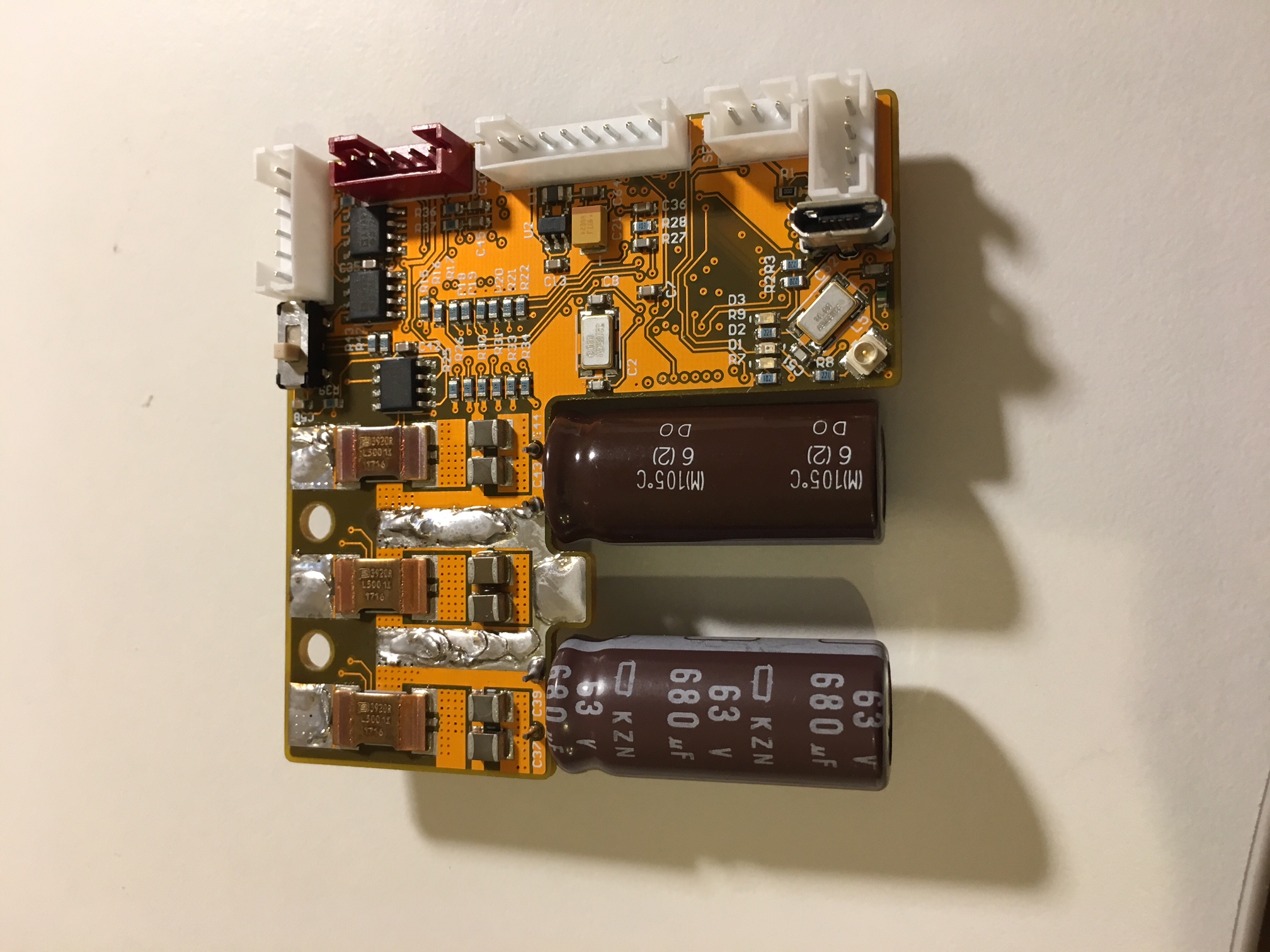 Sorry to ask but how is the 9150 used in the firmware? I am selling at the moment at 130GBP (without transfer fees) plus shipping and doesn’t come with housing Any plans for a housing and heat sink? That’s a very good price.

There should be a way to gradually decrease speed though instead of the threshold throwing you off the board?