a brushless motor needs to know his position,

Thats a bit sexist to be honest. I know for a fact that my unsensored sk3’s are female.

don’t know what gender my hummie’s are but they do pack a punch. (they are also unsensored, aint need sensor when it has so much torque)

sorry all my machines are actually ladies

@winfly i think that depends on more factors, rider weight, battery, settings, incline… if they would have sensors you could start from standstill on an incline, i hardly doubt you can do this right now.

Chuck enough amps through a motor and sensors become unnecessary. Mine start fine from a standstill not when rolling backwards though. Then they need full wack.
@Nordle Not all mine are female just the ones that are absolutely the best.

enough off topic stuff guys I have hijacked this very informative thread enough.

Let’s see what happens bro. Damn SF streets destroy shit. Going up n down steep hills can be dangerous and frustrating if you don’t have the power or your brakes don’t work properly One thing for sure those trucks look pretty damn badass

These motors are pretty cool but I don’t understand why the trucks are so wide.

Ideal would be shorter axles with offset core wheels. That would allow for a shorter axle but keep the wheel width wide.

We interrupt the current topic to bring you… Aladdin and Panda… 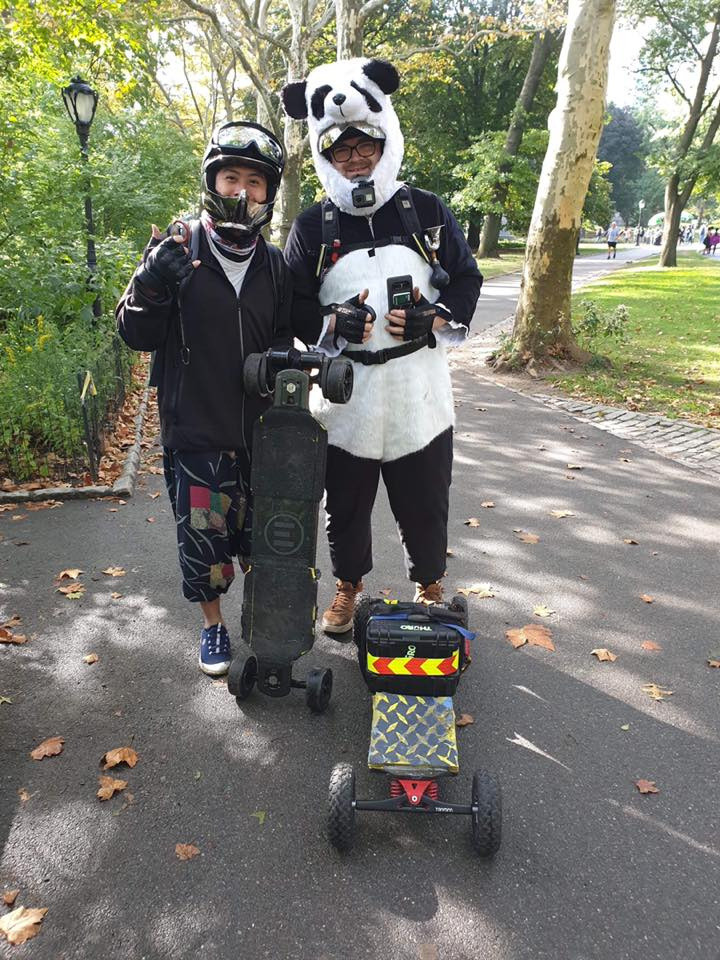 Bent (I’m pretty sure)! It was @Aeroquiv’s fault 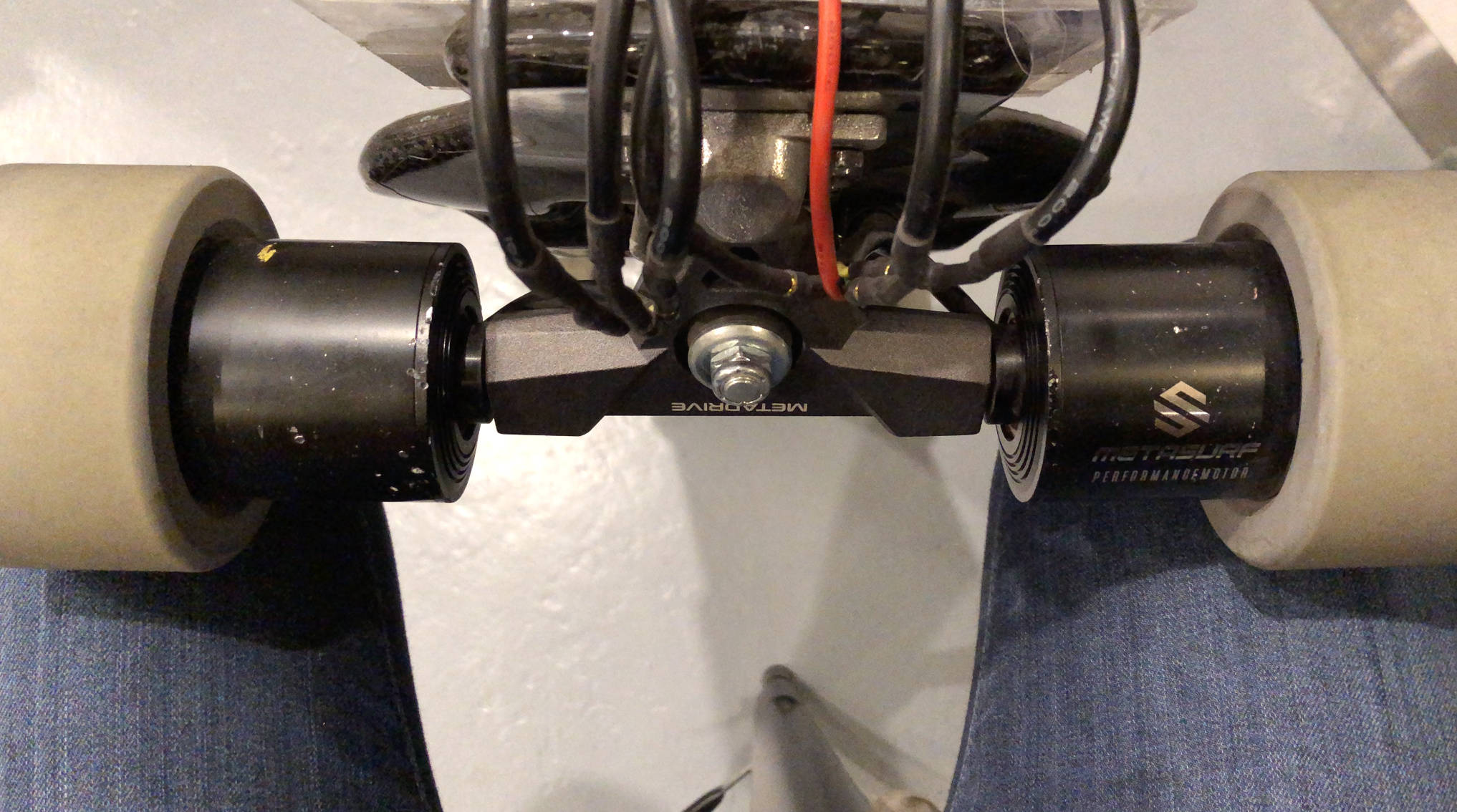 Metasurf will make a “stronger truck” “as soon as possible” with either “high alloy steel or titanium alloy for the axle” and make it thicker in the process.

@Aeroquiv is a big boi.

That’s an ouch. After all, it was for science…

Yeah totally for science! We knew this was going to happen, just waiting on it to happen tbh

hm…then will it be possible to swap out bearings in existing motors for the new trucks with thicker axles?

Be cool to see the inside of the motors and we could figure if they could be put on a wider axle because the plan of going to a harder alloy or titanium I don’t think is a solution and they’re not going to get a strong enough 8mm axle that can survive all the leverage. Luckily it didn’t snap if it already is a hardened steel as they tend to snap not bend

Not a big surprise but hopefully they will address it now. Like to see the motor stripped down though.

For reference, I was 185 ish lbs with gear and backpack.

So it only took 50 miles to bend these trucks.

So far, I would say these motors are okay for what they are. Torque was as expected for 65 kV motors. They were not as strong as Raptor 2’s, however. I reckon that they would be a bit better if only they were sensored. At 10s, 65 kV is just too damn slow. 12 or 13s suits these motors a lot better.

Speaking of sensors, I do not recommend riding these un-sensored, especially up hills. I’m not sure if it’s a quirk with the Flipsky vesc, but they required a good amount of speed to detect rotor positioning, and if you were not careful and didn’t push fast enough, they would cog and throw you off the board. This would also cause problems trying to climb hills, because once you hit under the 8 mph threshold, they would again, cog and come to a complete stop.

Braking is pretty strong at speed, but low end is extremely lacking, but again, I suspect this is more of an issue with the fsesc and not the motor itself. I had the same problem using the Raptor 2 hubs on the fsesc.

Further testing would need to be required using more reliable motor controllers. I didn’t realize this was more of a vesc issue and less of a motor issue, so I didn’t prepare any focboxes before I bent the trucks and returned them back to Sofu. 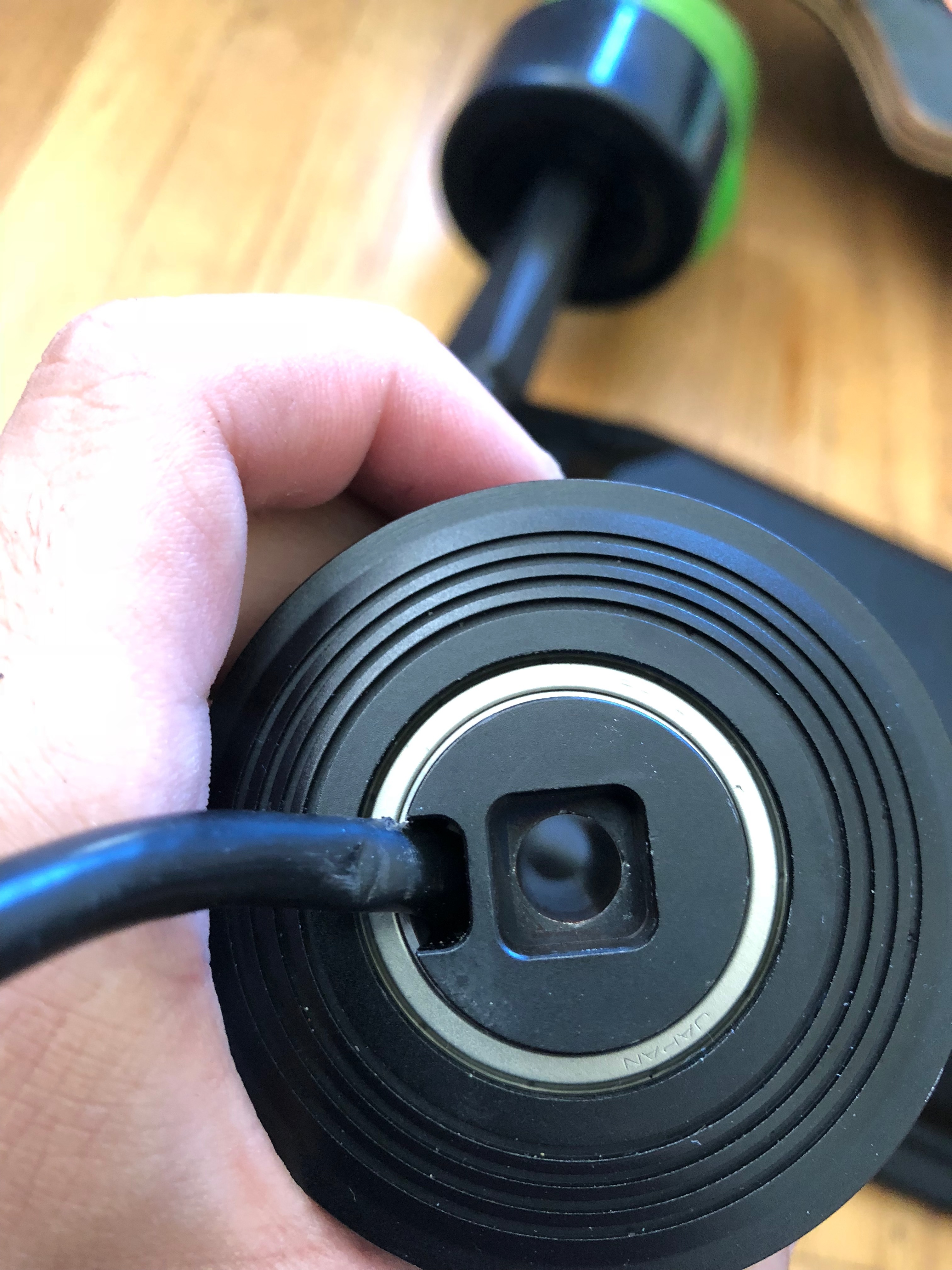 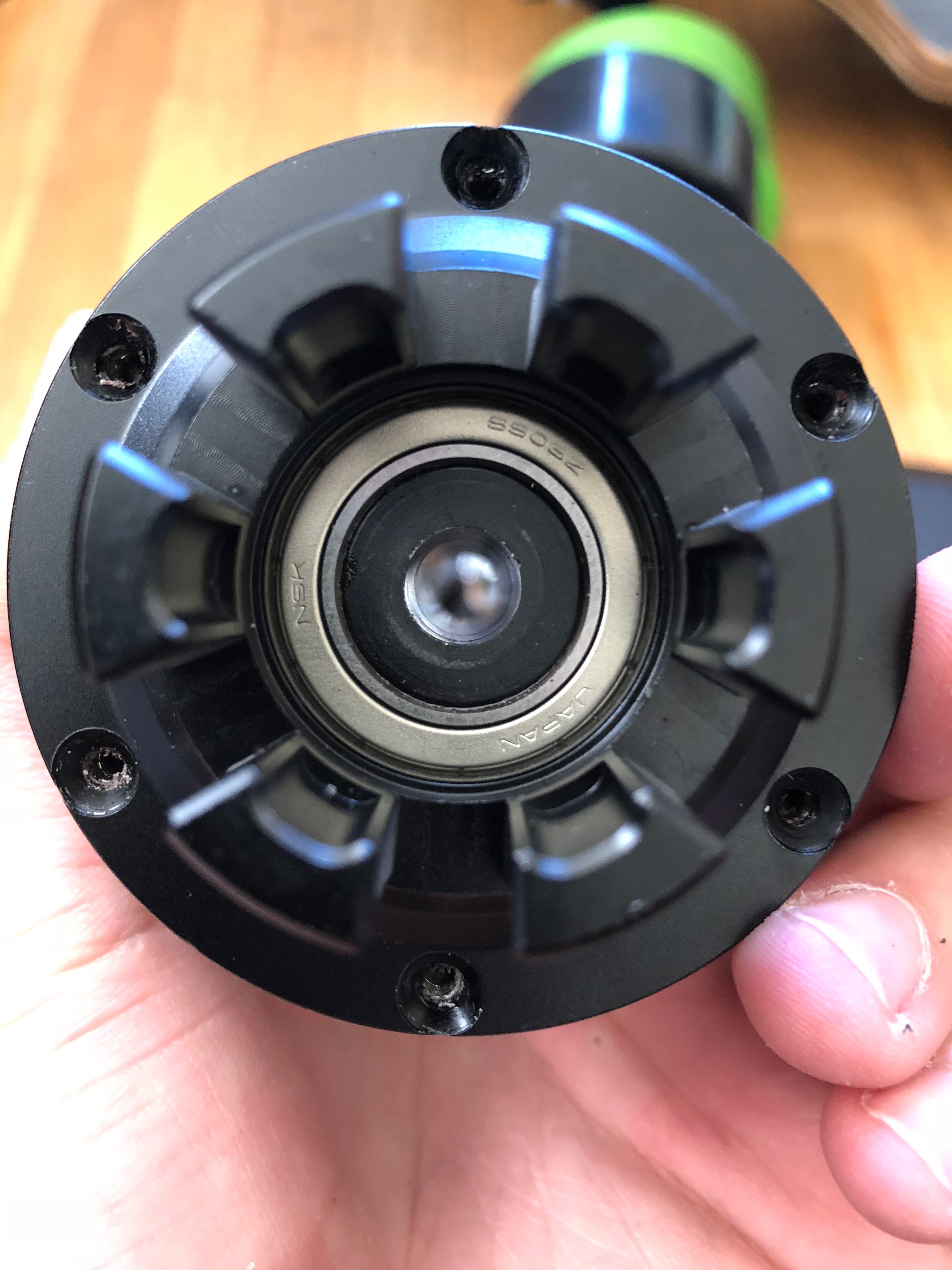 Gap and motor key before grinding 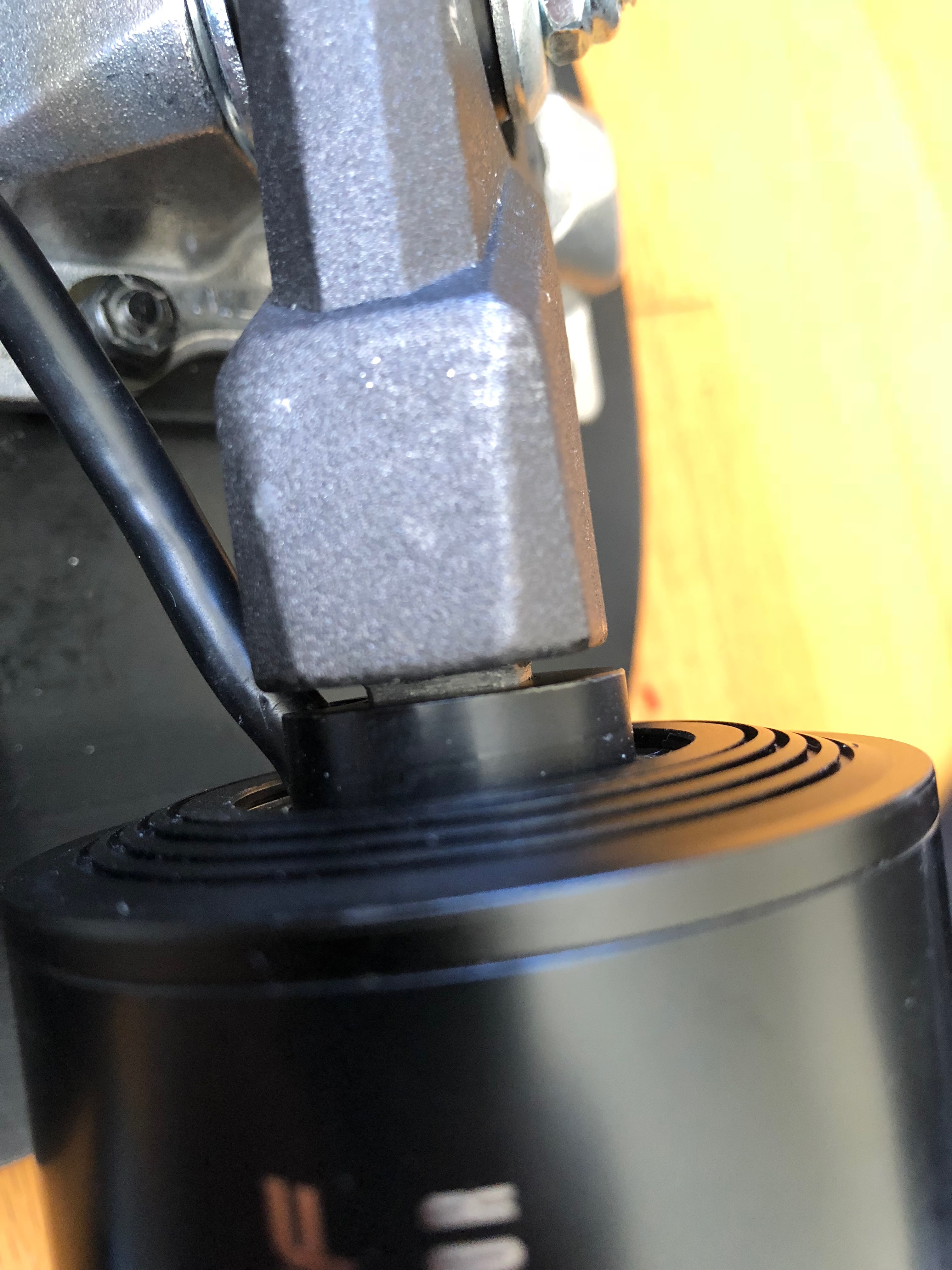 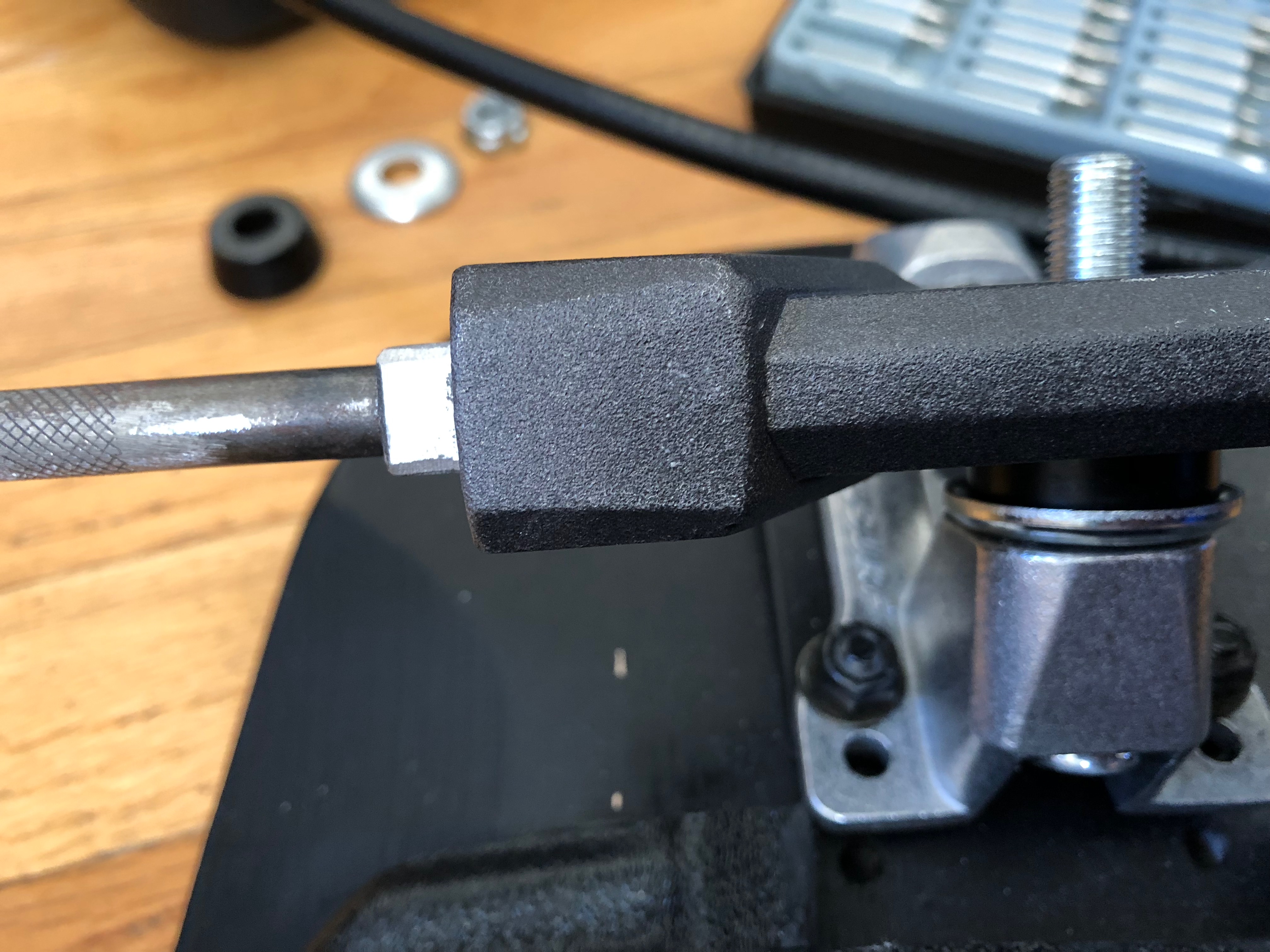 30 min and 2 lungs full of aluminum later. I think I cut a little bit into the axle… like .5mm … didn’t expect it to be so soft that my shitty cutting discs would be able cut it that easily 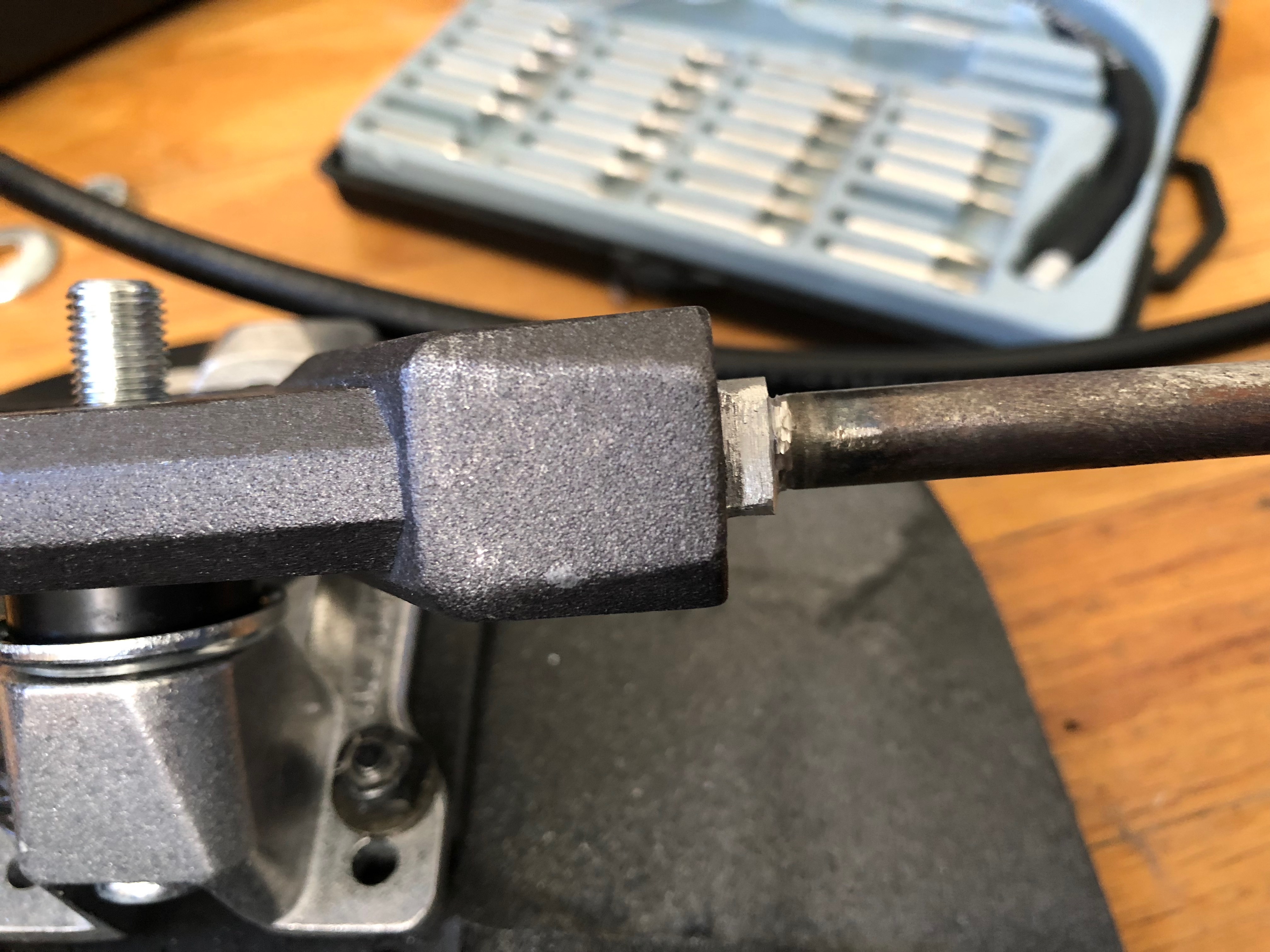 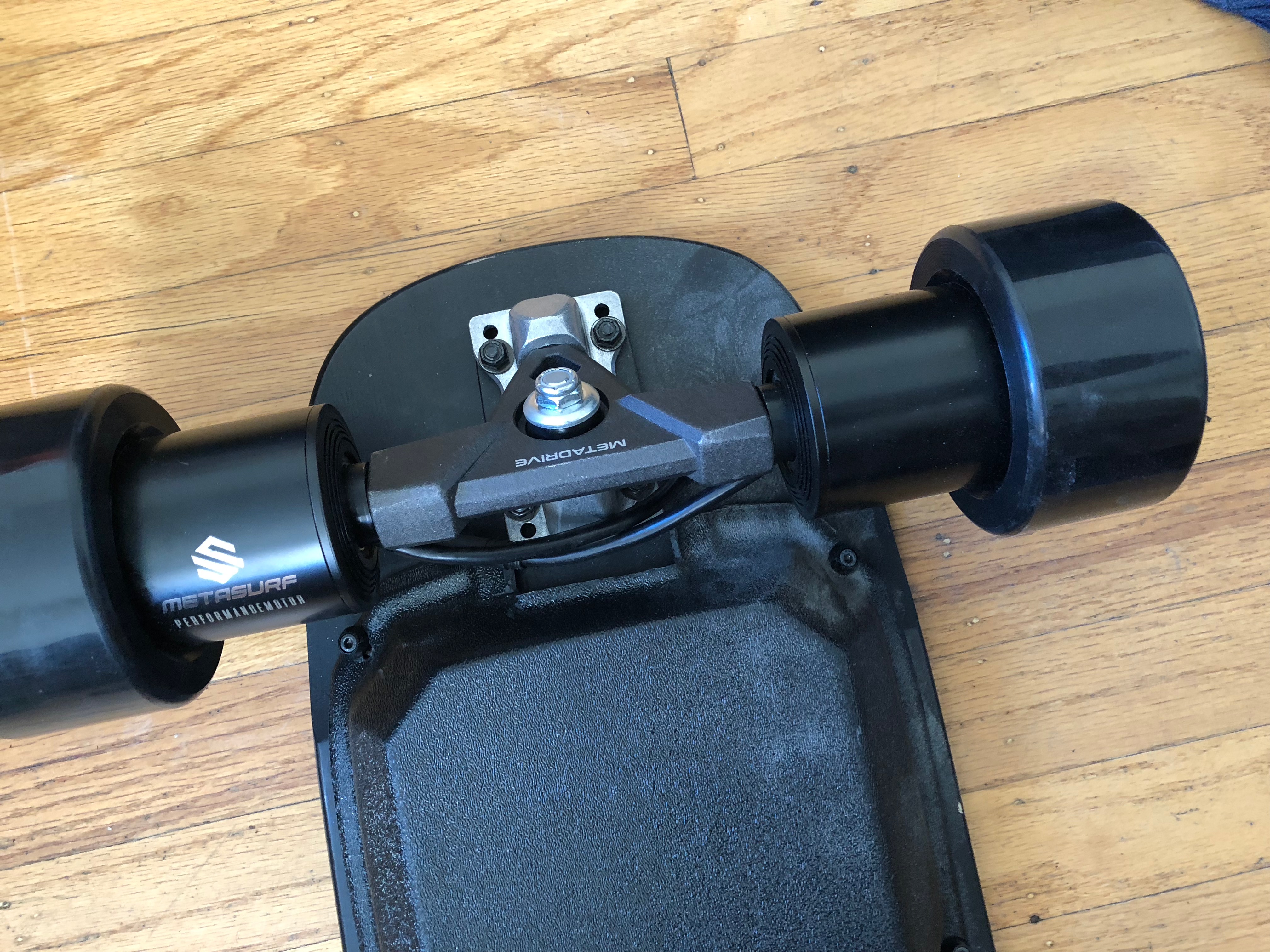 Edit: I can’t wait for 10mm axles at least. In the meanwhile I’ma test these out and maybe run them off a curb lol