I am trying to find the LEDs which are used in those flashing skateboard wheels which flash when they are turning. It has to be some capsule with copper wiring, magnet and LED. Does anyone have a clue where to find those? Or do I need to buy the wheels and cut them out? 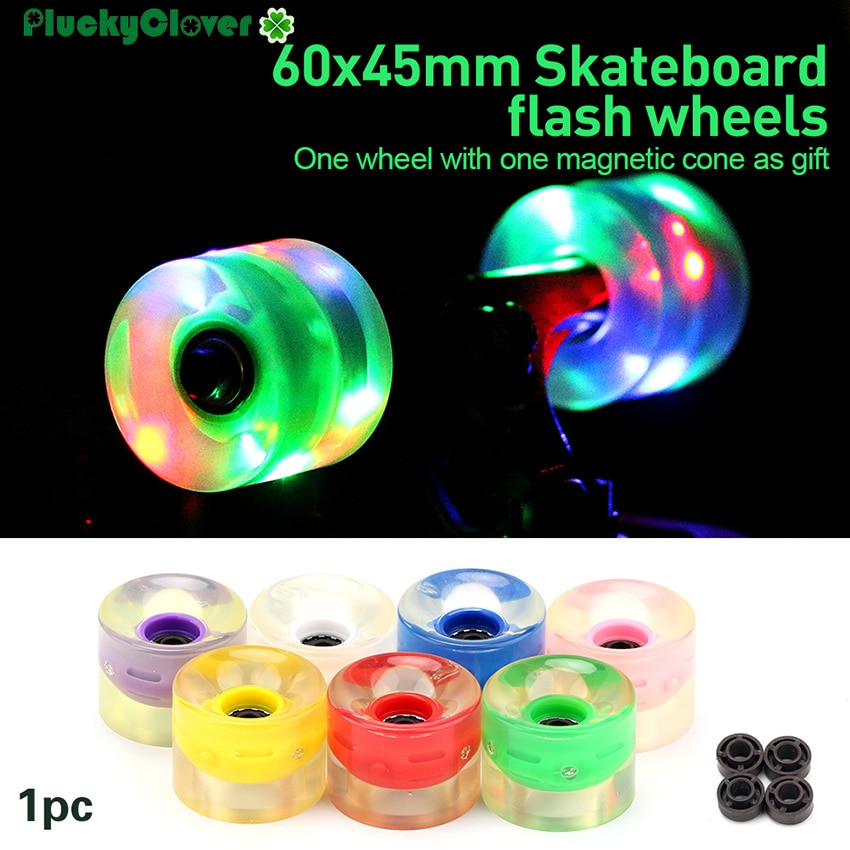 I want to attach these motion-powered LEDs to my 96mm wheels on Backfire because I couldn’t find any 96mm flashing skateboard wheels on the market. Also, do you have any other suggestions on how to make the wheels flash when they turn?

Look at the picture above, there’s a plastic core containing the LEDs, maybe drivers and probably wired to a central ring magnet. Next your wheel needs a magnet spacer with opposite polarity so when you roll the two magnets create eddy currents which power up the LEDs.

How are you planning to attach it to your wheels?

Hello, I also want these wheels, theres obviously a demand for them with normal skateboards, however our skateboards, they seem much more suited to. Can a manufacturer just start making these. Of course they will sell. Have you seen the 110mm arctic blue wheels? Obviously they sell. We just need a similar 110mm wheel with lights. Maybe start with 90mm and work from there. Cheers

Verreal has started offering these recently in 97mm size but only in the color pink for now. I think they will make more colors later. Here’s the link:

Edit: They have Green and White now as well

Verreal Glow Wheels are one of the first Light up wheels that're able to install on electric skateboards. Get your light up wheels today and shine like crazy in group rides.