Just went for a ride and noticed that above a certain RPM my motor started making this high pitched metallic noise. It disappeared as RPM kept increasing, and reappeared as RPM decreased to the previous level. Also, after the ride I had this ABS OVER CURRENT fault code.

The motor does the same noise without load.

Before the ride I had adjusted Motor Min from -45A to -55A and Batt Min to -25 from -12. I switched back to the older settings, but the issue remains.

Other than that settings were the same as on previous rides. I had also adjusted the motor mount so it was better aligned to the wheel.

My setup includes A single 6374 sensored motor from eskating.eu ( @fottaz ) FocBox 10s4P 30qs and SuPower 60A BMS and I’ve been using the extended BLDC tool to set up FOC.

Have always been running in FOC-mode with no issues.

Any idea what this could be and why I got the over current fault? 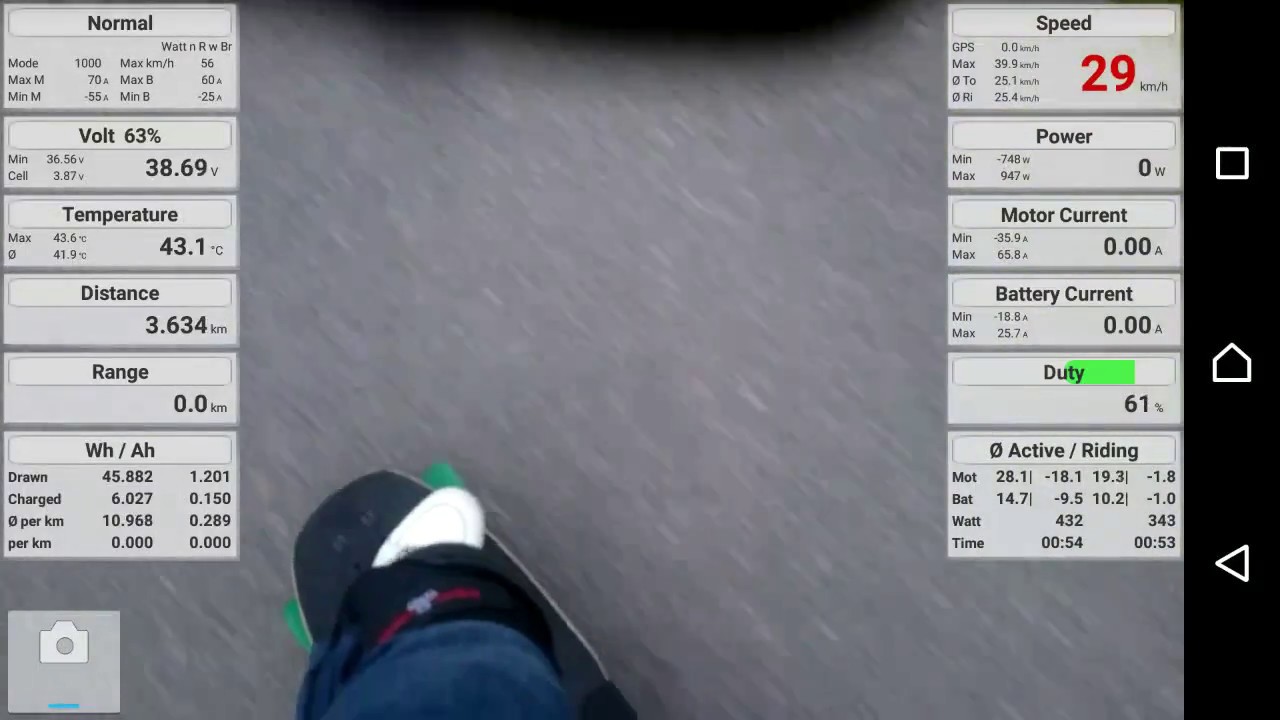 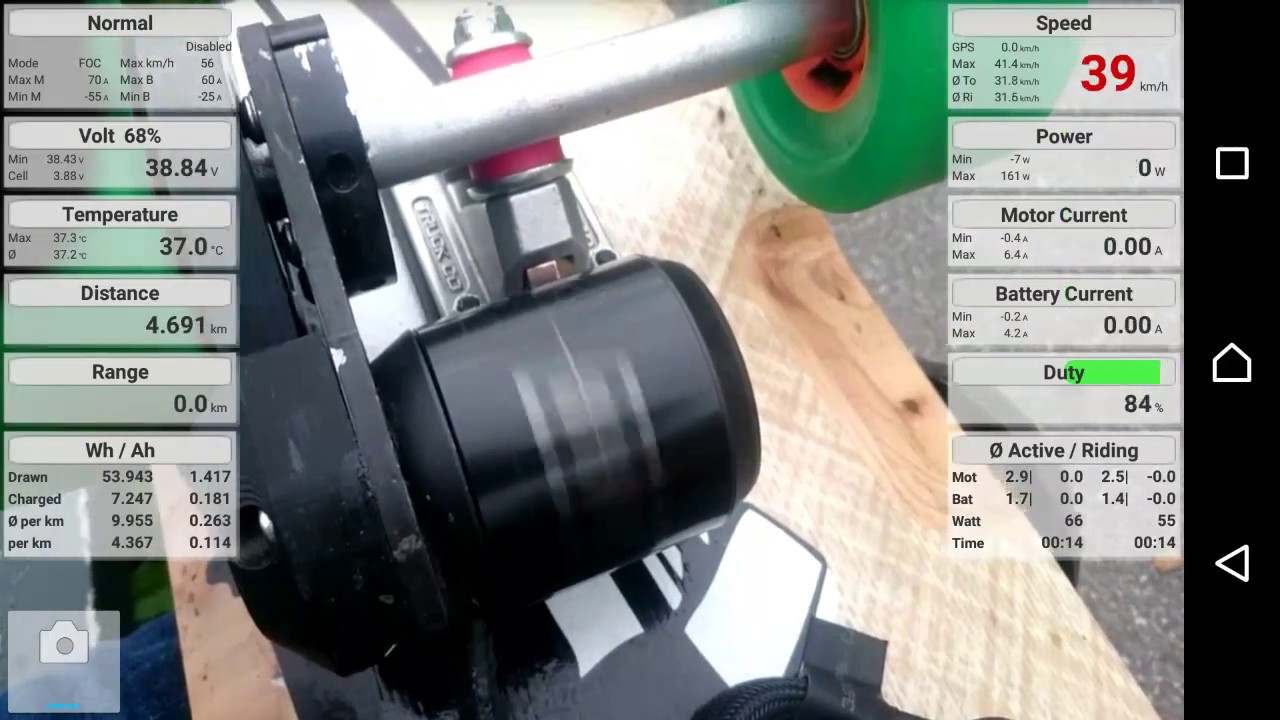 Sure, I could do that, but as nothing was changed setting- or setup-wise, apart from what I mentioned, why do you think that would make any difference?

(As motor detection should be done with no load whatsoever on the motor, I’m afraid I will strip the threads in the motor if I remove and remount the motor mount, as it already happened with the threads one of the holes… )

Maybe I could try with belt attached…

Benjamin in one of his videos on setting up FOC did motor detection with belt attached so maybe it is a case of bldc only?

I couldn’t replicate the over current error, but the noise is still there, with or without wheel and belt.

Hmmm in the video it sounds like at a certain rpm the motor hits some frequency that resonates with the board or some part of it. Try connecting to bldc tool and on the right set the rpm to where it makes the noise and check if there is something rattling or resonating. Maybe try a different motor if you have one…

I listened to the motor carefully and noticed this noise from somewhere in or around the motor that’s actually present at all speeds. Sounds like something is touching at each turn of the motor. Probably it’s this noise that makes that screeching sound at a certain rpm.

When keeping the motor running at a low speed you can hear some other repeated noise that follows by the motor loosing some momentum. At this low speed it seems the motor runs a bit uneven or inconsistently, like it keeps loosing power for a split second after that cogging sound? 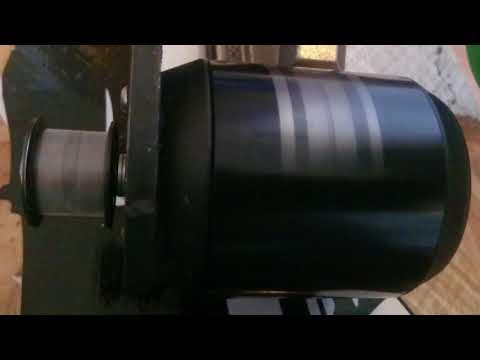 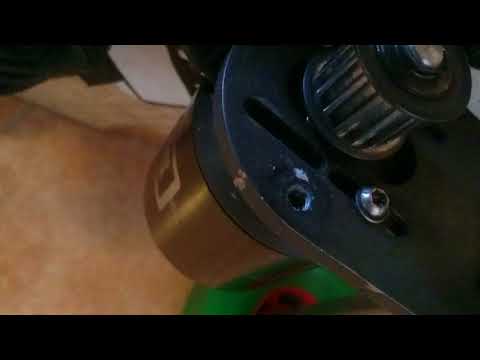 Oh yeah that is definitely a grinding noise. I would suggest you to first check the connections from vesc to motor because the loss of power might be a connector that is not making good connection and when it is vibrating it cuts the power. That would explain the abs over current fault too.

The grinding noise is probably something I’m the motor it has happened to me that there was a small rock inside and when the rotor is spinning it hits it. If you are worried that you will strip the thread in the motor you can leave the stator of the motor screwed to the mount and just take the pulley off and then the circlip which will allow you to pull the motor apart. Once there check the bearings and look for something that looks out of place. Post pictures before putting it back together, maybe someone here will notice something you might miss.

Ok. I’m currently disassembling the motor. I checked connections and they’re fine, however while running the motor at this lower speed where the “bumping” are present, I noticed that when supporting the motor with my fingers, the sound disappeared.

Also, the moving part of the motor can be moved about 1 mm (that’s how it was when I bought it), and maybe that’s got something to do with it, or is it normal? 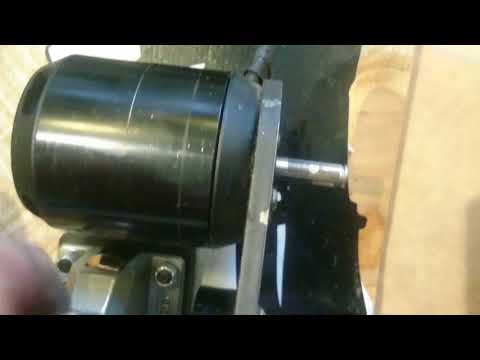 That is either a bearing or the groove where the circlip is on the shaft that got worn and allow this movement. I checked mine and it moves too but significantly less. Take the motor apart and inspect the bearings, you unfortunately can not do it with the motor assembled.

Actually… Do you remember if there were any spacers between the bearings and the circlip? I have two pretty thin washers on there, maybe they broke and fell off which is now allowing the movement and vibrations, sounds etc.

There were two spacers between the circlip and the bearing. Can’t see any damage on them and as I mentioned, this is what it was like when I bought it new.

Here are pictures from inside the motor. Magnets seem to have been rubbing/grinding against something. Can’t tell if the copper winding is damaged as well? It looks pretty good. It might have been grinding or it is just dirt, dust and stuff on the magnets because it looks like you wiped it off on one of the pictures. The windings look good they are not so easy to damage since they are mostly covered with the steel stator itself. Wipe everything with a dry rag and if there are not any rocks or something like that inside the motor you can put it back together. Do those bearings spin freely? You can try that with your finger, press against the inner rotating part of the bearing and rotate it. If you dont feel any resistance or rough spots when rotating it thy should be good.

My tip to assemble the motor is to twist some rag so that it is like a rope and put like a U turn around the stator near the motor mount. This is to slow the motor impact when you will be putting it back together. When you were disassembling the motor you had to overcome that magnetic force so this is going to pull the rotor of the motor to the steel stator. KEEP YOUR FINGERS AWAY. The rag is going to prevent the impact, afterwards just pull the rag out and reinstall the circlip pulley etc. There is nothing wrong as far as I can see with the motor.

Just to make sure please check if the motor mount screws are not touching the wire on the inside of the motor.

It looks to me as if magnets have been touching the stators slightly. If so, that would explain why theres been this very slight repeated noise even before while rotating motor by hand. I could never find the source for that sound, but this might have been it.

If it was the same noise, it has accelerated since, and maybe that bumping noise if from magnets very briefly touching stators and then letting them go because of the momentum?

There is a very small gap between the stator and rotor, the smaller the gap the more precise the motor was made. When you wipe the magnets you would see scratches on them if what you are saying was happening. Minor scratches are OK but any major scratch is not good. That would mean that the magnet is slowly moving towards the stator.

Reassembled the motor after cleaning it. Thanks for the tip on how to put the can back! Still got fingers attached to my hand

Noise is still there, both the grinding and the bumping/knocking. 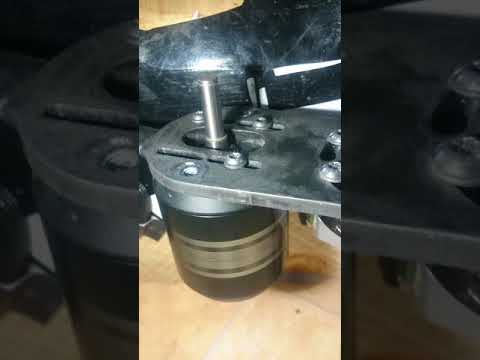