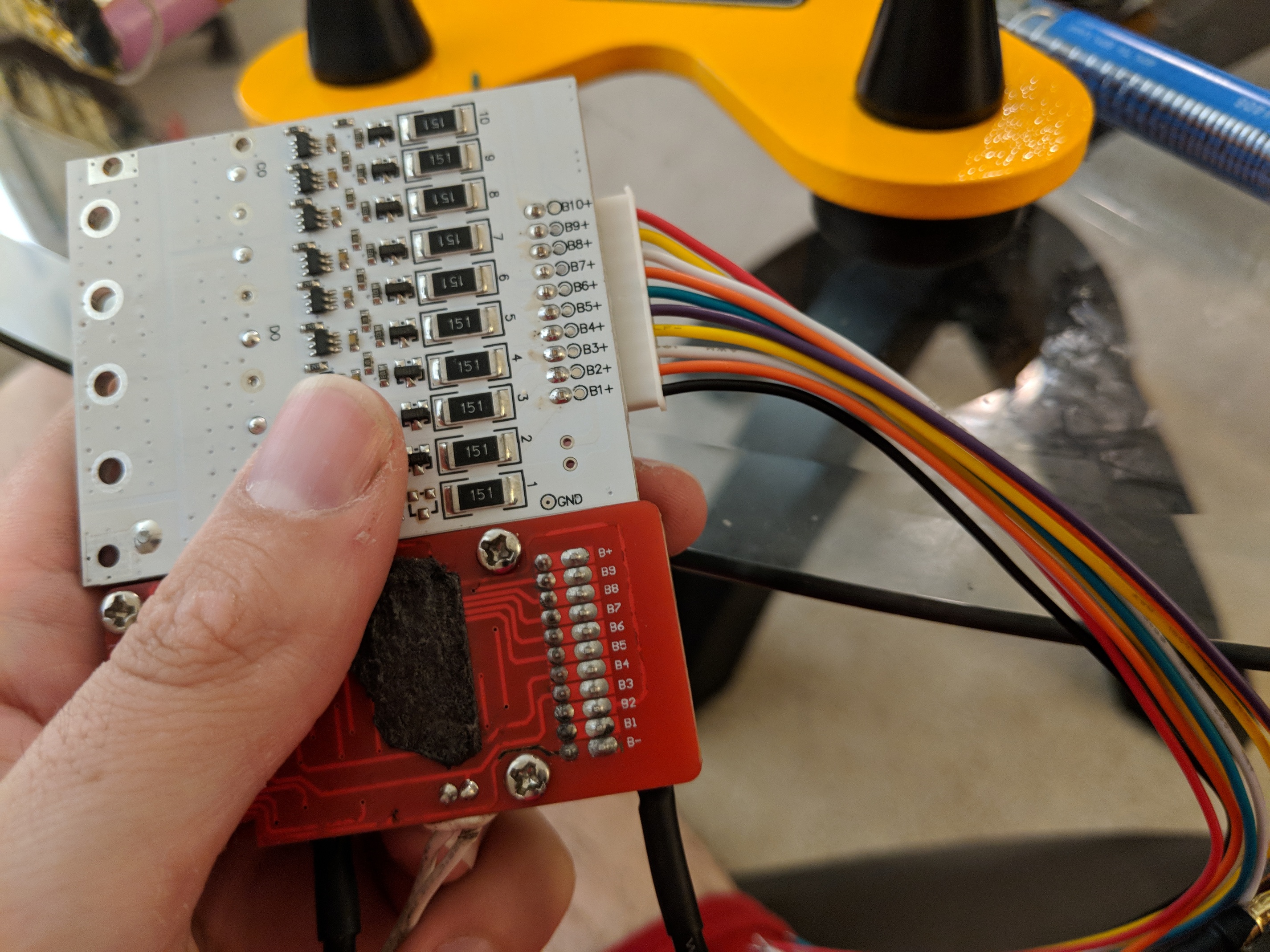 So the bottom (red) BMS sparked rather majestically due to a Nick in some bullet connector shrink wrap while I was laying things out in an enclosure and it’s very dead. I purchased the top (white) BMS off Amazon next day shipping

This is a charge only BMS, doing discharge bypass The battery is a flat 10s4p pack, so the ch- pad on the white bms is going to the charge port negative post, and the unmarked lower left pad opposite the p- is going to the negative battery terminal

How should I be translating the wiring? The header off the battery pack is 11 white wires. The first and last wires go to the same cells off which the negative and positive battery terminals are coming off, the other 9 go to what I believe are cells 2 through 9.

This is what the pack looks like by the way. A hand made pack made by a friend. 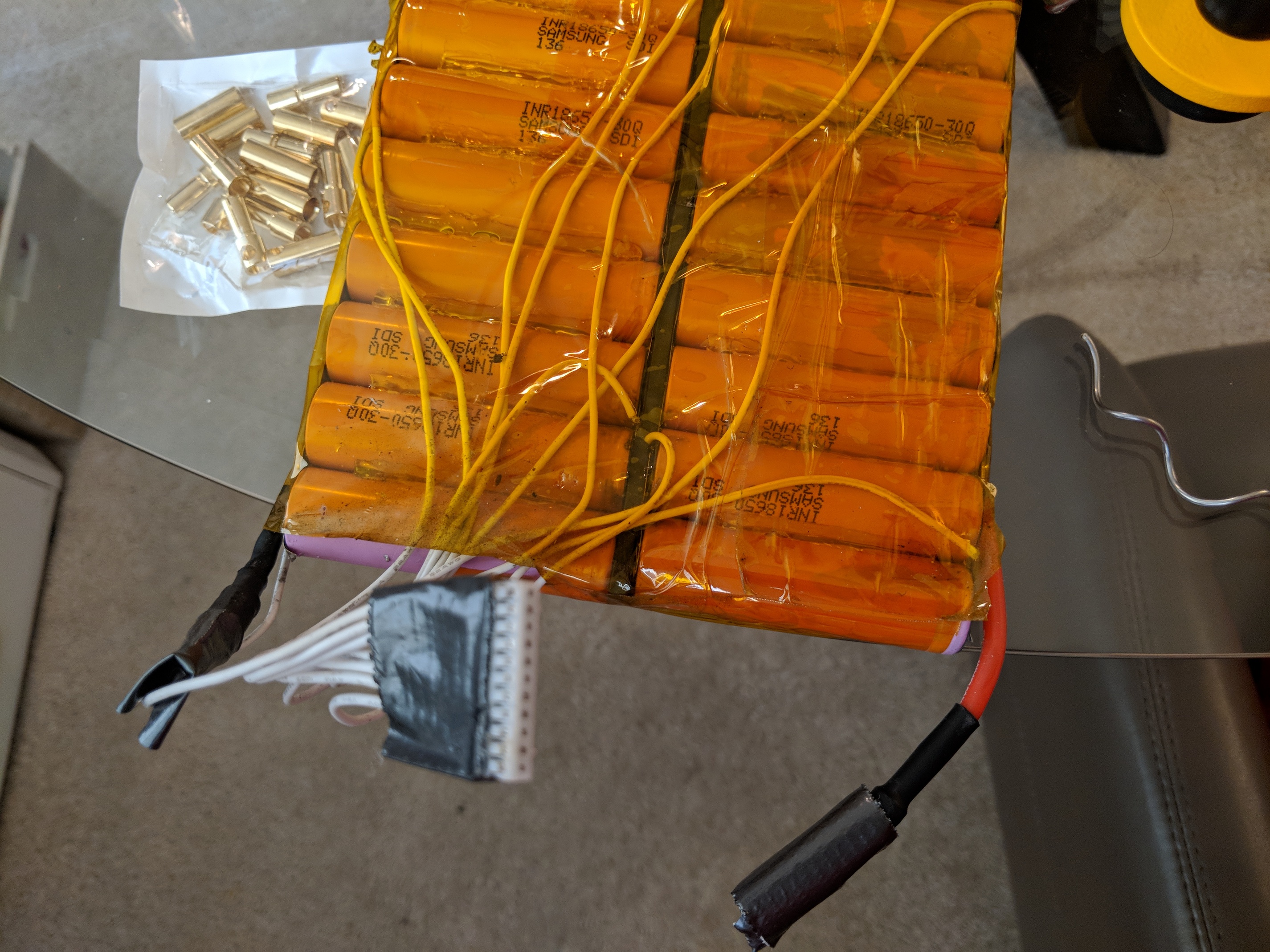 And this is a more succinct view of what I’m dealing with. Making an 11 port plug fit into a 10 port hole 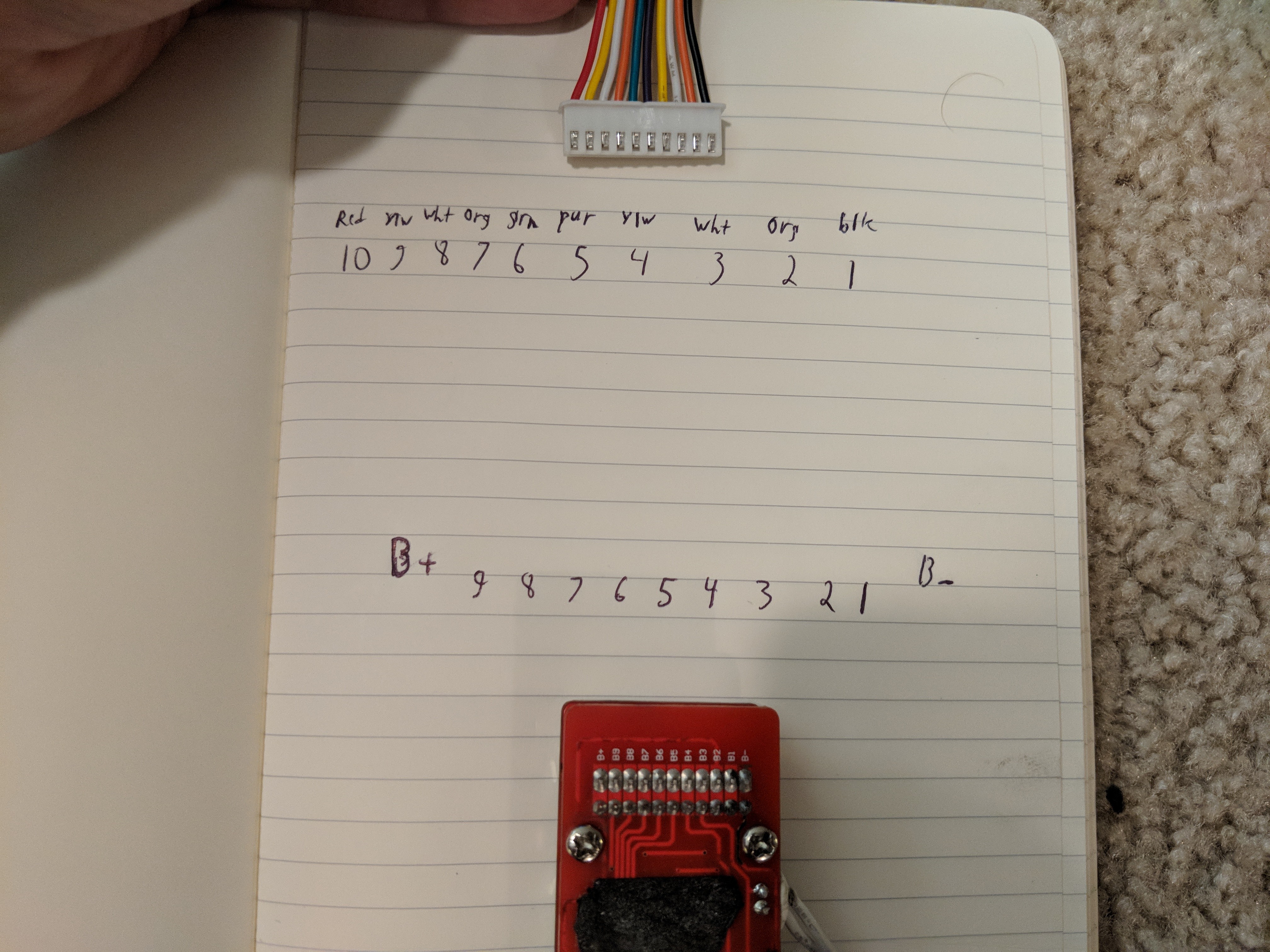