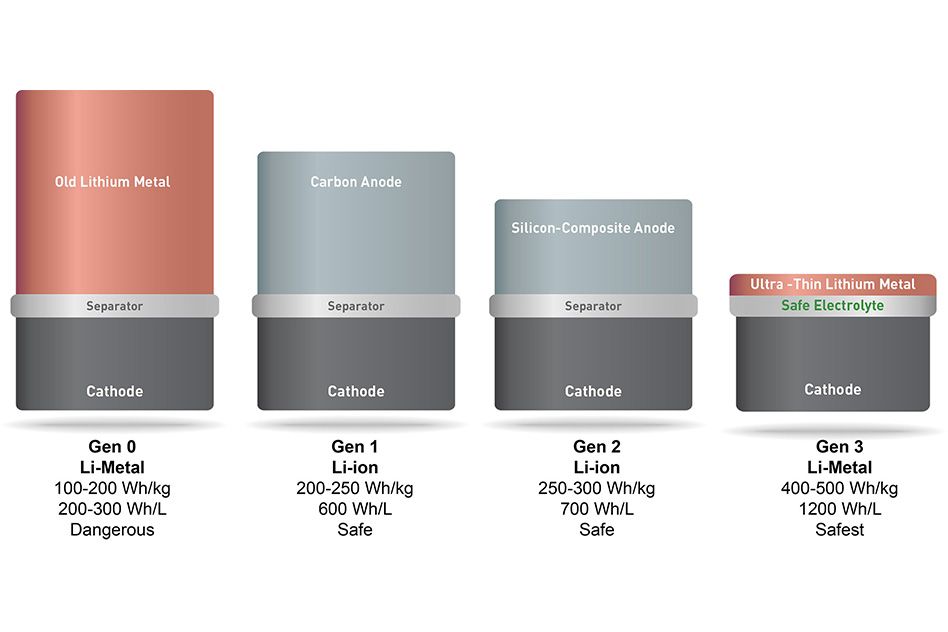 But this was somewhat of a blessing in disguise Through Hu’s MIT connections, SolidEnergy was able to use the A123’s then-idle facilities in Waltham — which included dry and clean rooms, and manufacturing equipment — to prototype…

…At A123, SolidEnergy was forced to prototype with existing lithium ion manufacturing equipment — which, ultimately, led the startup to design novel, but commercially practical, batteries.

Like they said in the article, the biggest hurdle for the new ‘wonder’ material is always getting that mass production method. This time,

…we were forced to use materials that can be implemented into the existing manufacturing line,” he says. “By starting with this real-world manufacturing perspective and building real-world batteries, we were able to understand what materials worked in those processes, and then work backwards to design new materials.”

How safe is it. Can we get larger capacity batteries on planes with this.

I hear of different revolutionary battery technologies every year, but it never seems to come…

That’s true, what ever happened to lithium air batteries? And those ones that recharge by dipping them in water? So many cool ideas, but none of them have taken off yet.

Space cell for Raptor has a range of 25km real world. This battery could allow it to go 50km plus. More than enough for a good run. Good for remotes as wll.

Batteries are the big issue for all electronic devices especially smartphones. No use designing things thinner if the battery doesnt last.

I was going to post about this yesterday, but was too tired to actually do so. You all should note that this battery tech is made by a team that is led by the guy who invented li-ion. His name is John Goodenough. I’m sure that there is a joke to be made here

You do realize this thread is almost one year old, right? And you found out about this yesterday?

Oh shit, I just searched “new battery” and this thread came up first, and showed the date was the 16th, so I assumed it was from this year. However this is what I was talking about -> https://iq.intel.com/fast-charging-glass-batteries-last-longer/?sf74963483=1

Edit: The article I read yesterday was this one -> https://phys.org/news/2017-06-electrolytes-liquefied-gas-enable-batteries.html