New board on Kickstarter soon

Looks interesting, due early next year. Single hub motor with swappable batteries. I like the shape of the board and you can buy complete or motor battery etc as one for your own board. I am not part of this just saw it on Instagram and asked questions. The Electric Skateboard Drive that fits under any Skateboard

The electric skateboard drive that is remote controlled. The Mellow Drive is a good fit for longboards and all kind of skateboards.

Says top speed is 35kph and saying you can put two batteries on at once?! To bad not a dual.

Why does every company choose orange for their wheel color? Same manufacturer? Riding the Boosted Board wave?

link to the kickstarter?

They said it will be up in a couple of weeks

They just updated on Instagram and it looks like you can buy two to make it dual rear! Very interesting concept. it has just been released, looks great. 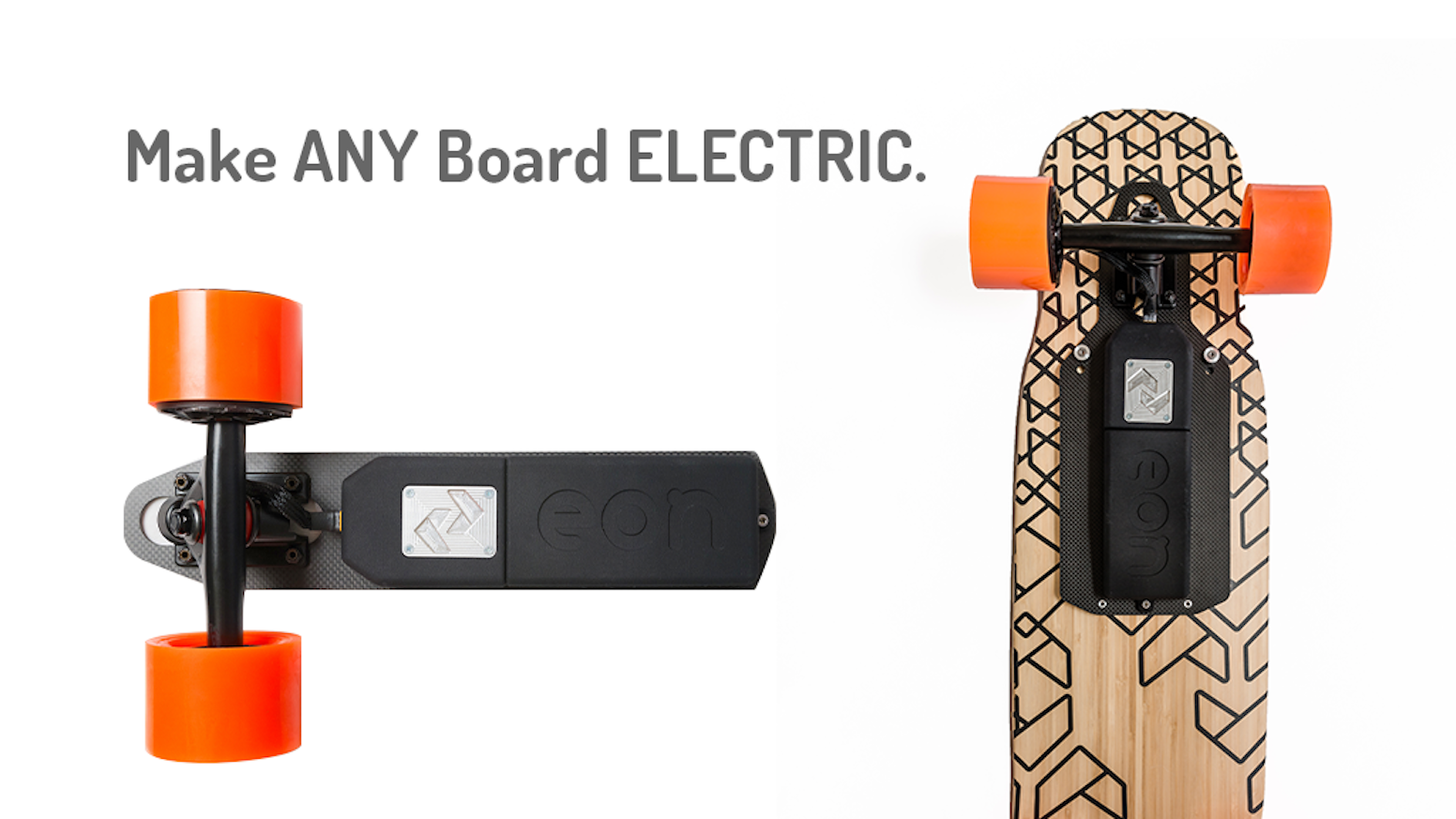 Convert any skateboard to an electric in seconds with an ultra-light, bolt-on power-train capable of 22 mph and a range of 15 miles.

I want a deck like that little kick tail, anyone know where to get one??

Here is the link https://www.kickstarter.com/projects/rideunlimited/eon-by-unlimited-plug-and-play-electric-skateboard?ref=video

i’d love to see the internals.

Looks great tho too many e boards on kickstarter alr

with only 10 cells and 37volts. and also a claimed 1000 watts. doing the math…with volts times amps being watts…37 times x = 1000 … x = 27 amps. Ok but since they’re also claiming its 99 watt-hour pack and can go on a plane, and we believe them, then each cell must be 3ah. there are no cells that are both 3ah and can put out 27 amps continuous so either they have some programming to limit the current or the few cells will be overcooked. That’s saying nothing of the little motor

I think you’re confusing watt and watt hour. While the motors can output 1000w it doesn’t mean it’ll be outputting 27amps continuously. Burst of 1000w would still constitute 1000w of power. 18650’s should be able to burst to 27 just fine, you’ll just have to worry about temps.

That said, I still don’t like these underpowered low output boards.

@Jinra don’t you think that since it’s claimed at 99 watthours in the pack with ten cells the cells would have to have just under 3ah capacity (which is strange and I’ve never seen a cell just under 3ah capacity to begin with)…but the point is no cell in that capacity range can put out the 27 amps necessary to do 1000 watts continuous. So you could burst to 1000 watts and be fine but what’s to stop someone trying to go up a hill and keep it at 1000? Either it’s got some programming to control it or the cells will get cooked. But I don’t know the cells are and maybe their 99 watt-hour claim really means under 99 since that’s such an unlikely number to match with in that case there are smaller capacity cells that could put that power out continuously and it wouldn’t need to have the power limited somehow to save the cells from overdrawing from them