Saw someone posting about a li-ion battery cell in the chat. Did some quick research and turns out it seems really good. The cell is: Sony VTC6 Capacity: 3120mAh Max cont discharge: 30A Price: 3.69€- 6€

The cont. discharge is insane on these, the king has imo been HG2 for discharge and 30Q for value. These have higher discharge and really low price right now on Nkon on 100+. https://eu.nkon.nl/sony-us18650vtc6.html What are your opinion on these and have someone done some real testing on them?

They’re good cells, but they’re quite expensive still even if you have 40 cells (10s4p).

You can compare cells on Nkon by using my handy tool I built… http://kevindark.co.uk/publicservices/nkonfilter idk why it is cheaper if you buy 9 instead of buying 100 :))) but yea i heard it good cells and not a lot of testing yet

30A continous discharge when under 80c, otherwise 15a safe

A BATTERY MOOCH POST: The Sony VTC6 is not rated at 30A!

I'm still testing this 3000mAh battery but wanted to address some misinformation going around. Just like the other Sony VTC batteries, the max continuous curren 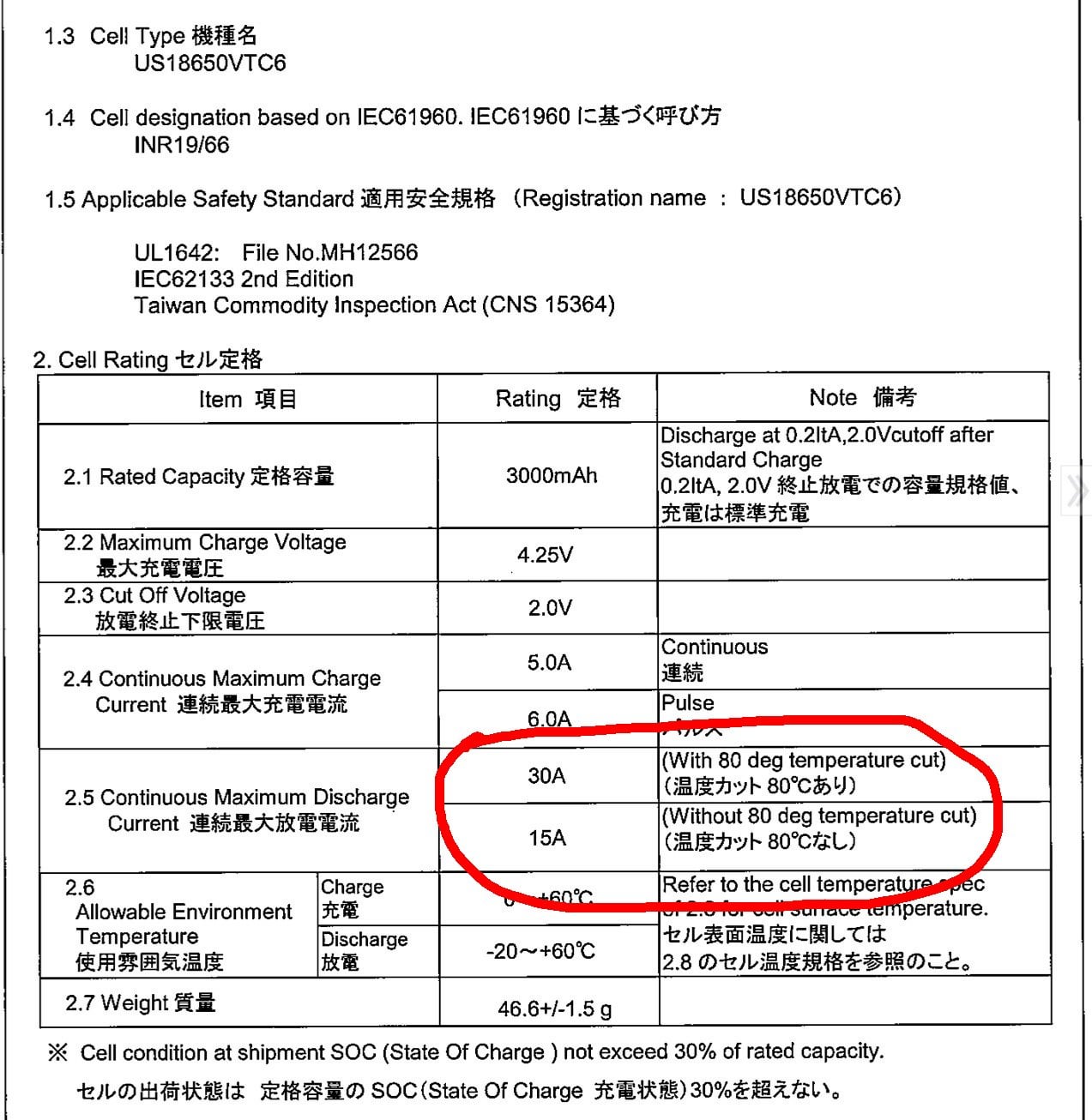 r/electronic_cigarette - The Sony VTC6 is not rated at 30A!

Yeah, and IIRC, the 30q still just barely edges them in 15a tests as well… and are also cheaper and have a substantially higher cycle life rating… IIRC. For a bit higher current applications, the VTC6s might be a slightly better fit than the 30qs… otherwise, I think the 30qs are still the reigning king overall.

Unless you need the extra 500’ish mAh - check out their newer little brother which is higher output - VTC5a’s. Not VTC5’s.

2600mAh and seen them measured by mooch at 25A continuous. Great if you don’t need/want the monster range, instead higher C output.

Also, if you look at the data sheet, the VTC 6 seems to degrade at an alarming rate. It states 55% capacity after 300 cycles at 10 A. Of course, this is continuous current, but still a lot worse than 30Q’s and HG2’s. I remember reading on some vaping forum who did a comparison test of the VTC and HG2 and the VTC lost its voltage under load relative to capacity advantage after only 20 charges and the voltage plummeted thereafter. Just something to think about since I myself have not done these tests.

The VTC6 are not new cells. They’ve been around for a while. Sony doesn’t really make these cell.

it looks like more of a 15A cell with 30A burst current. it just barely outperforms the 30Q and holds out temp wise a bit longer at 15A.

but it cost more. good for a 12s2p/3p with high peak current. still about 2.7ah usable. 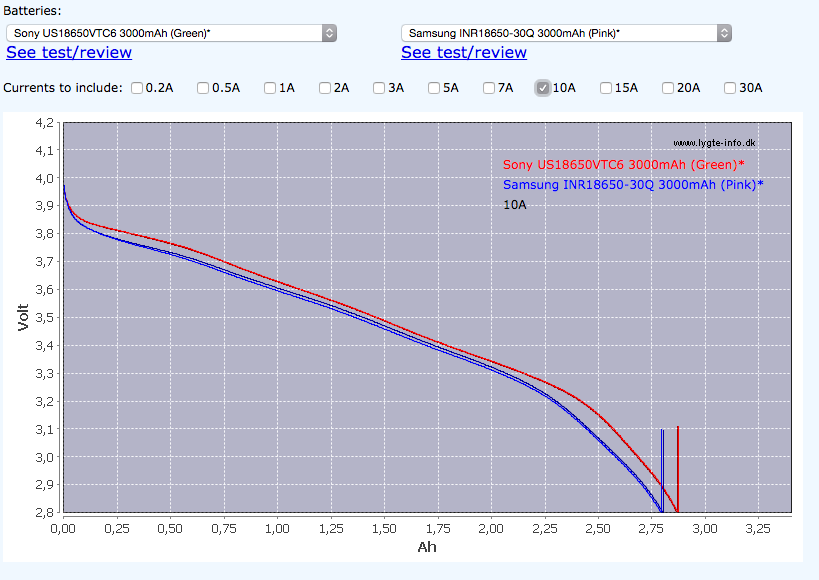 I think the Sanyo 20700A is more of a contender for the king cell. Look at dat sag! Hey Justin, nice find… I guess the main problem with these awesome cells is finding a decent supplier…

Yea, there’s none at this time as far as I know.