with a deadman switch (if you dont like it, you can turn it off)

2 separated triggers for accelerating and breaking

you can see the controller battery level on the screen, i think you can’t do it in the old remote 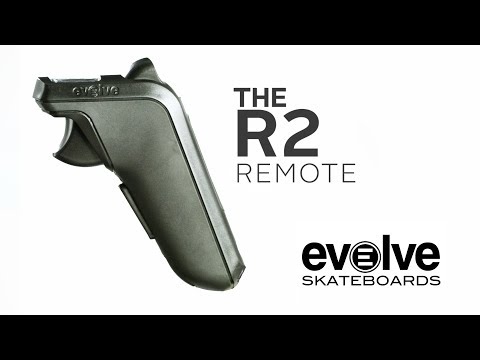 @b264 looks too much like a gun to me. Not worth pulling out of my hoodie pockets around cops, that’s for sure.

i updated the first post with a new video

I hope this solves the disconnections and dropouts issues.

The separate brake and acceleration triggers is an interesting idea, must try one out to see how it feels. Being able to switch off the dead man switch is a cool touch too.

i think it was a little offtopic here, so i removed the reference to unlimited controller here

Any idea of this remote be compatible for us DIY pepz? Compatible with our receivers?

it might be compatible, but will they sell to us non evolve owning plebs?

Why exact feelings, haha. This is one reason that I’m looking at colored filament for remotes also. Shape and color can’t look like a gun or someone will get shot at some point, just a matter of time.

Lol yeah. I already wear a face mask, shades, and a helmet… so some people are going to get the wrong idea when I reach for the remote.

I find it looks like they put a lot of thinking and engineering in it, but separate acceleration and braking? That must be uncomfortable and silly. I even would say it is dangerous, I don’t know any controllers where the opposite direction of a motion is put on separated places.

That thing looks interesting but stupid.

I hate to say it, but I think it’s a matter of time, with how trigger happy some police in the US are.

On the remote design though, thoughts on seperate brakes and acceleration? Seems like it would feel un-natural to to most people who already ride eskates. Wounder if you can hit both throttle and brake at the same time or not.

Big question here is will t work with vesc based stuff. And. If so could you still get all the telemetry correctly?

what was the problem that this solved? the trigger breaking off?

why? At what point would you ever want gas and brake at the same time?

i’m asking a lot of questions. Sorry if it seems like i’m calling anyone out. I don’t understand some of the reactions i’m seeing to this remote.