I’ve have been working on an opensource electric skateboard platform for a few years, I think I started this project before Boosted Boards Kickstarter.

I have now built and tested 3 major prototype revisions and feel that the project is mature enough to gauge the communities interest and engage with potential beta testers.

The platform consists of the following parts: 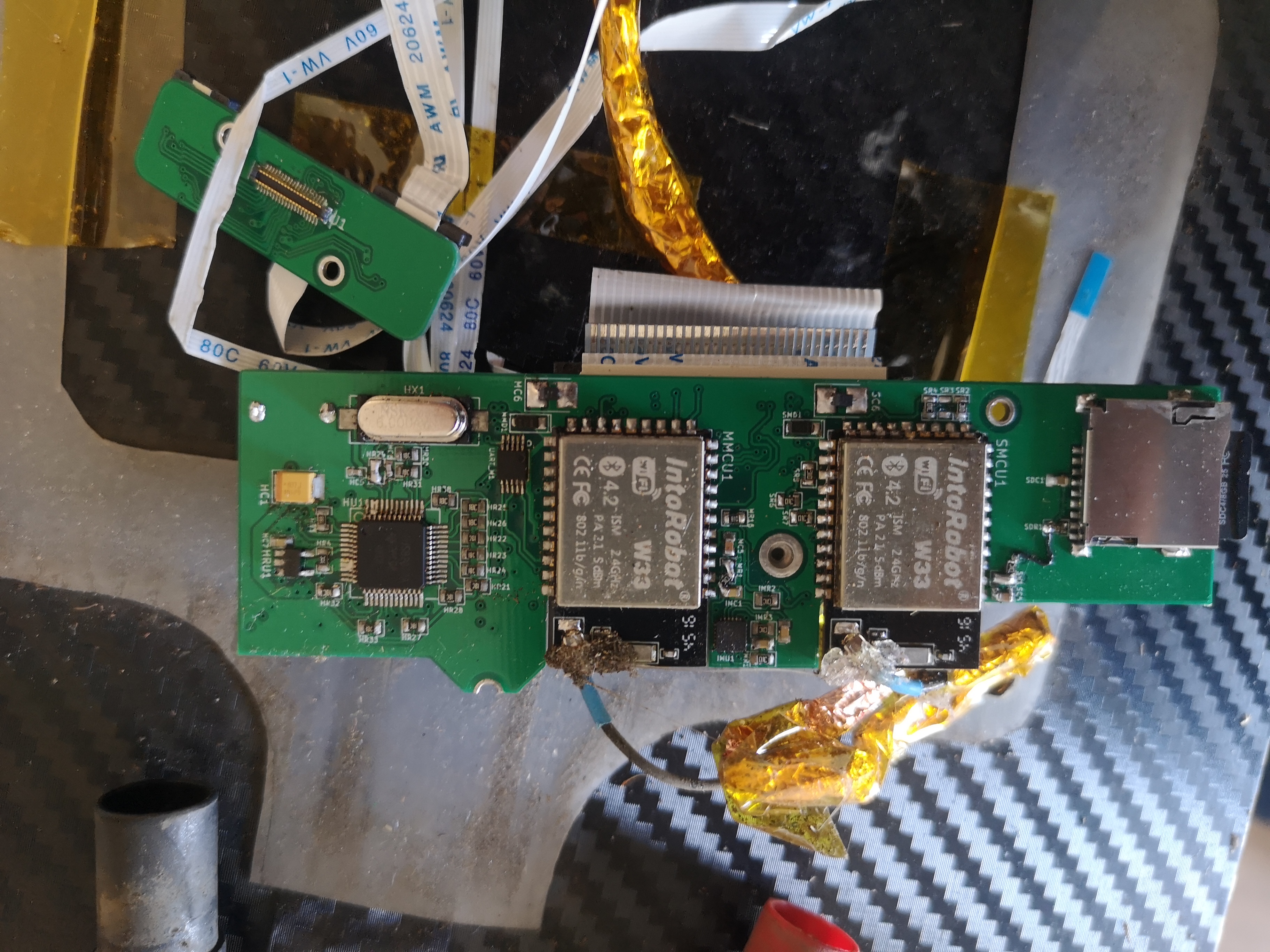 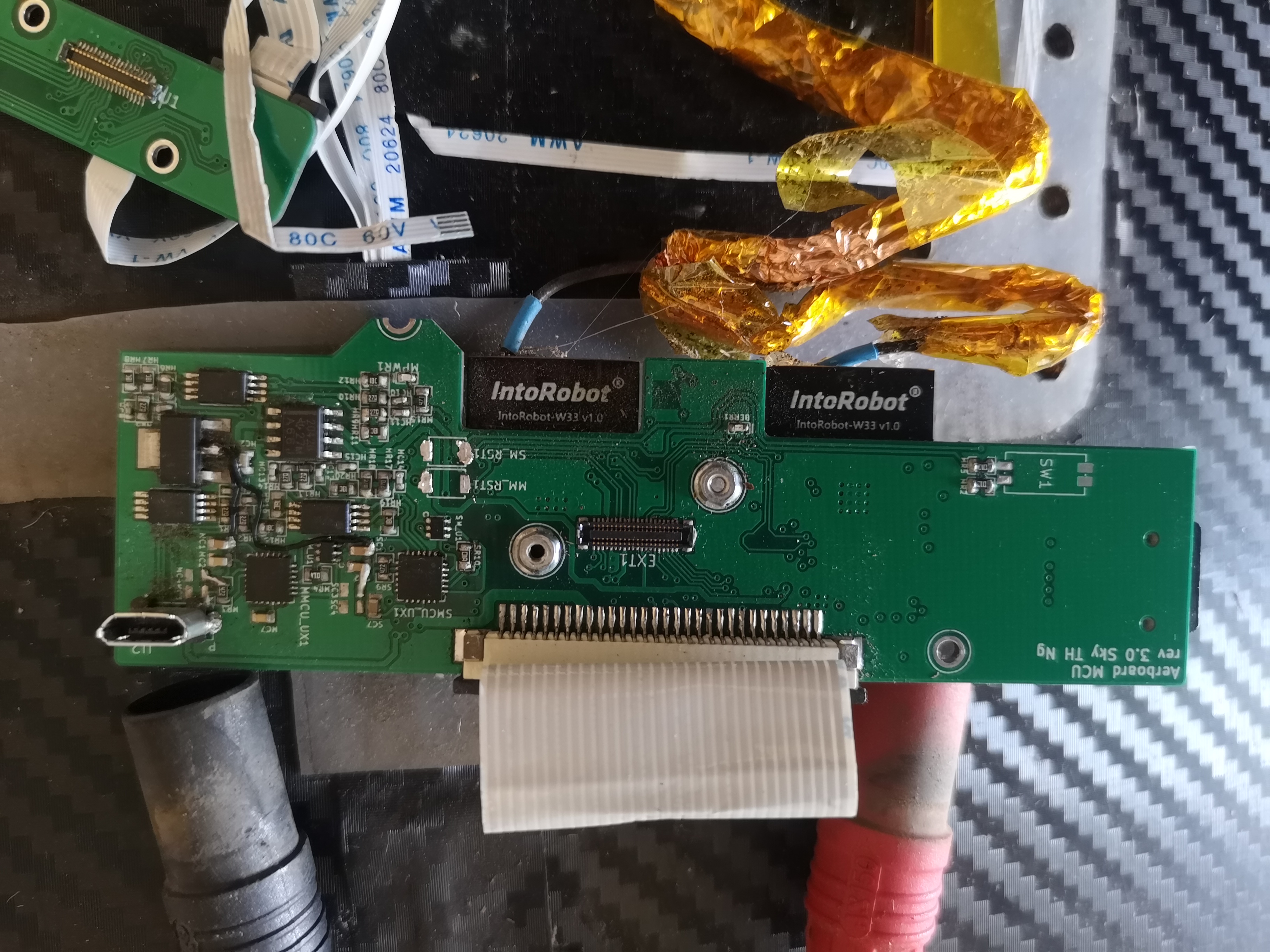 A previous version of the Main Controller running 2x STM32F3 MCUs, has NFC built in however the anntenna wire required was too long so the NFC read was not realiable 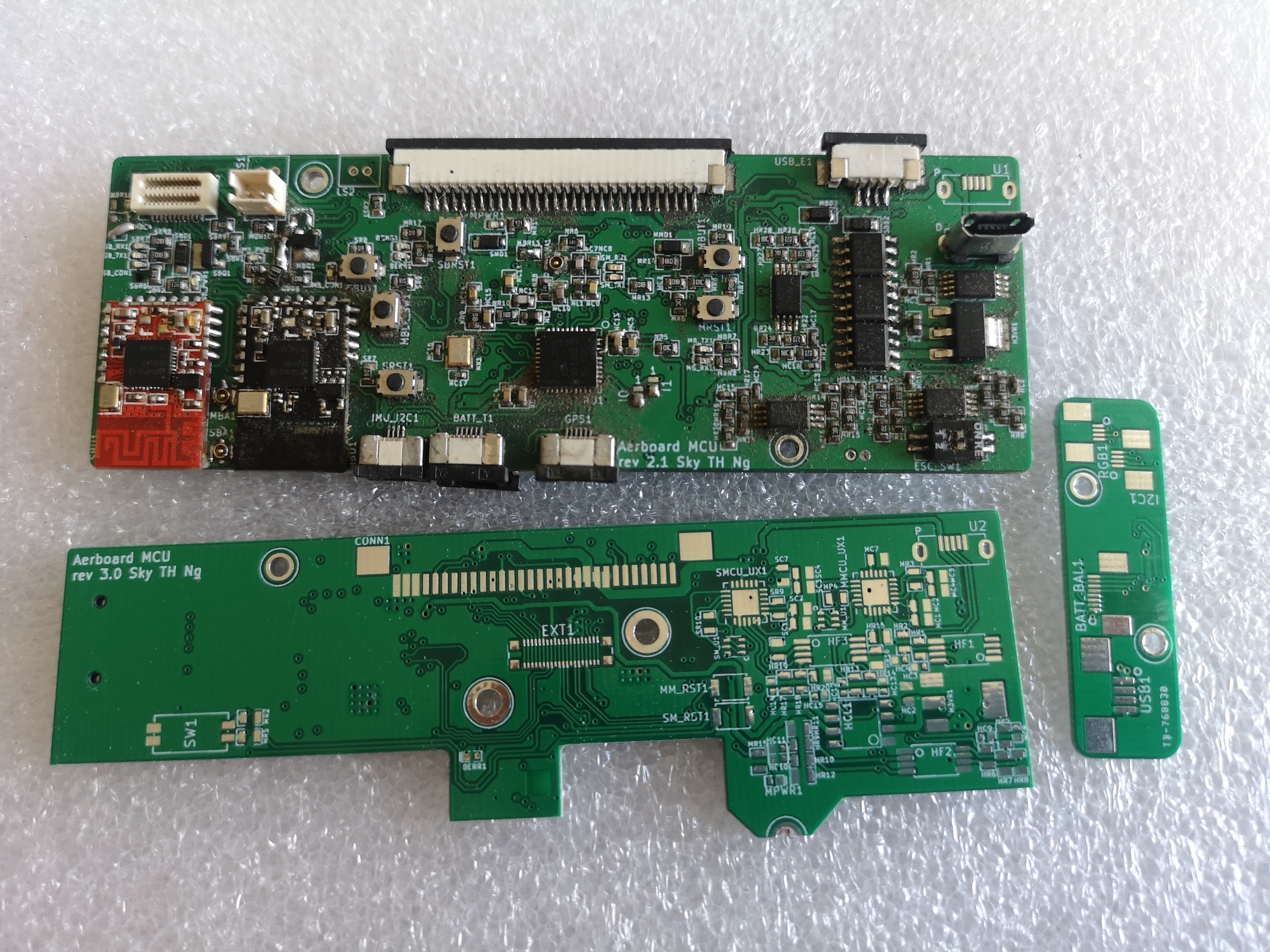 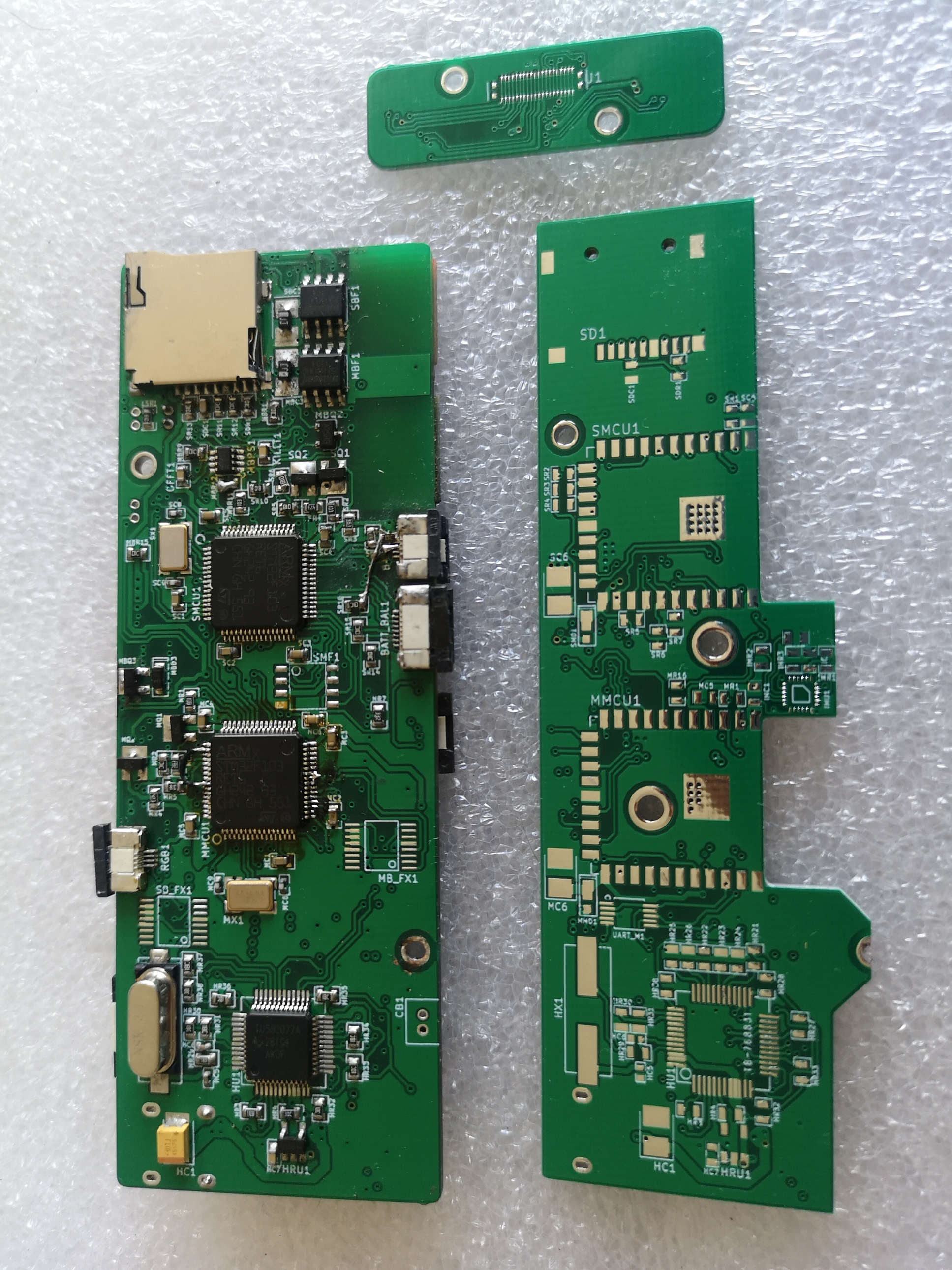 BLDC Controller 2x VESC v4.12, firmware based on fw 2.18 I have added additional packet types so that only essential information is sent to and from the ESP32 which reduces latency and increases refresh rate.

LT8640 DC-DC regulator outputs 3.3v up to 5A provides power to the Main Controller board and the VESC microcontrollers 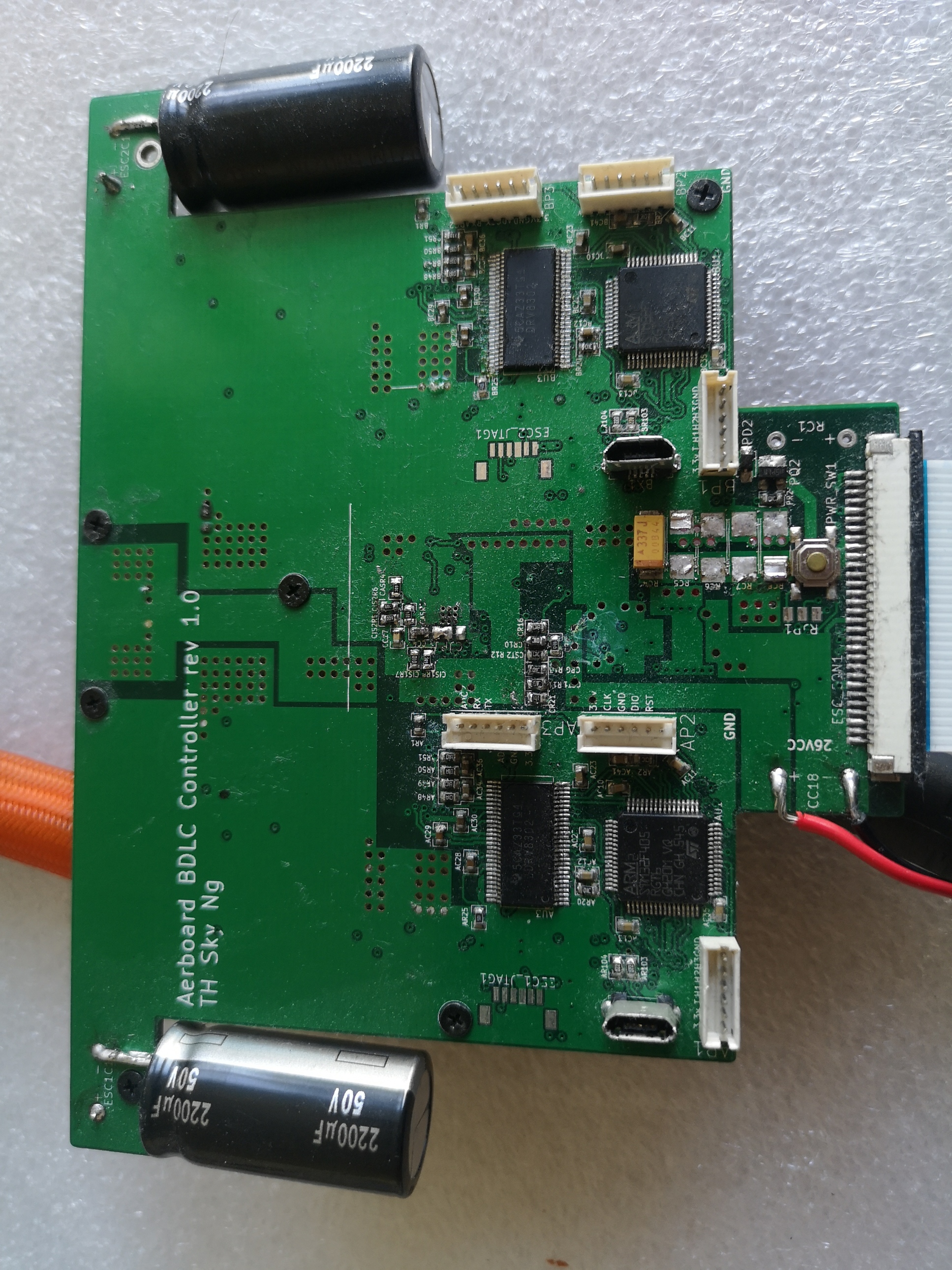 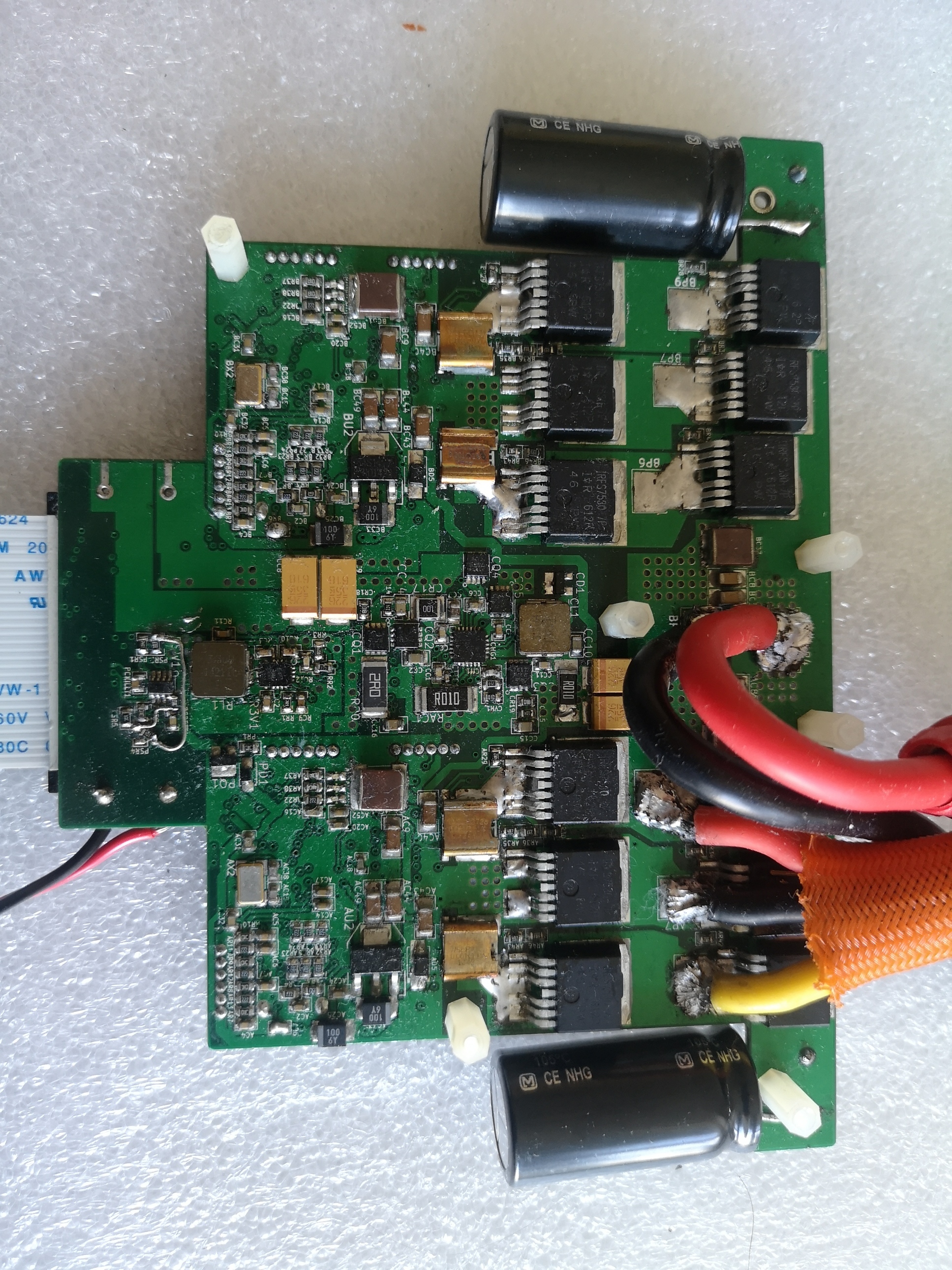 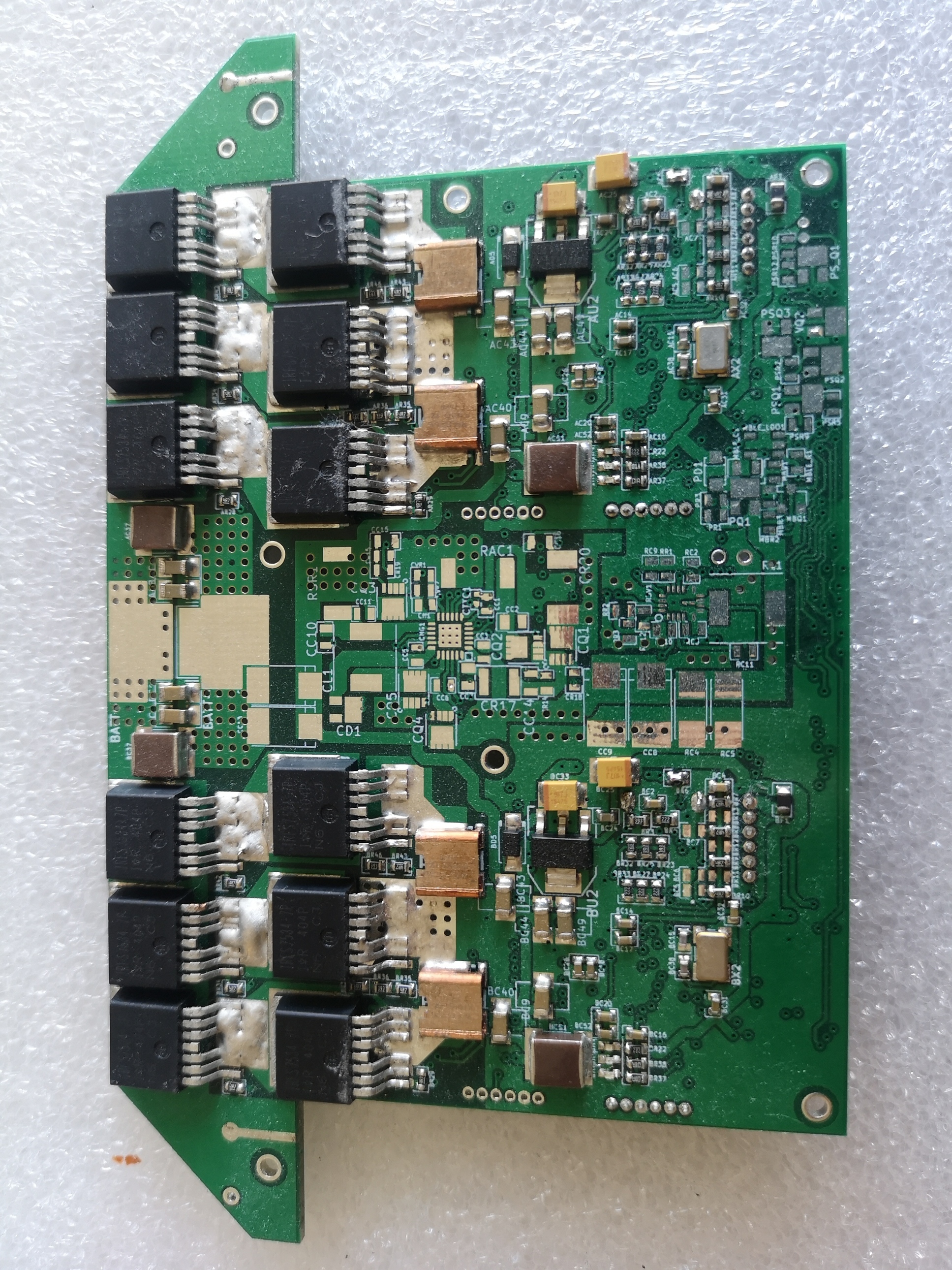 Remote Control Infinite scrolling controller The total power draw with the screen on and Bluetooth transmitting is under 15ma
DA14583 M0 Cortex and BLE 4.2 SOC Bluetooth bonding, encryption and MITM protection supported Programmed on the SemiDialog SDK which is C, unfortunately, I could not find any SOC that comes close to this one that supports Arduino As far as I know, there are currently no SOC as low power or as compact, which will allow a wide range of controller form factors in the future. 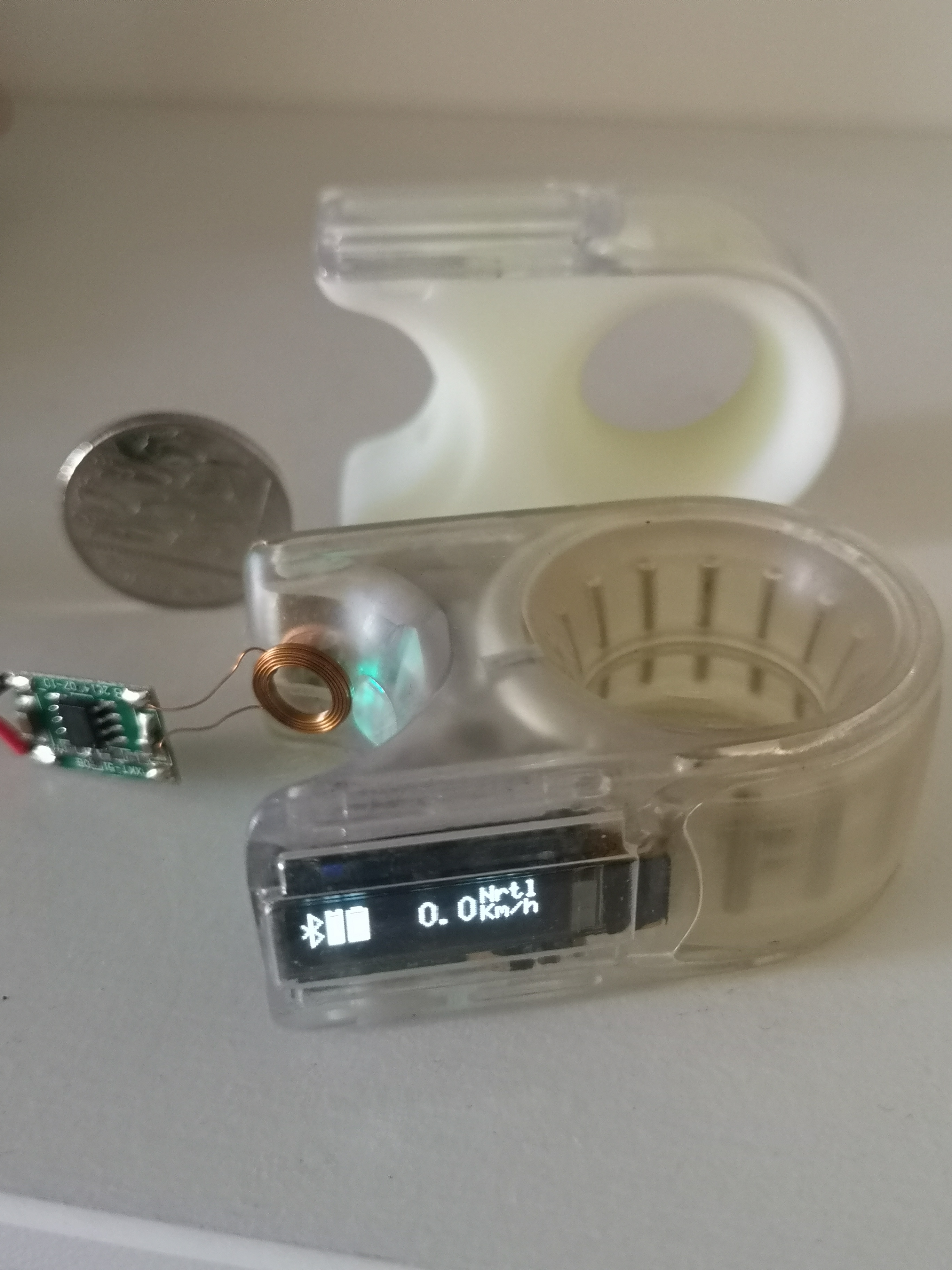 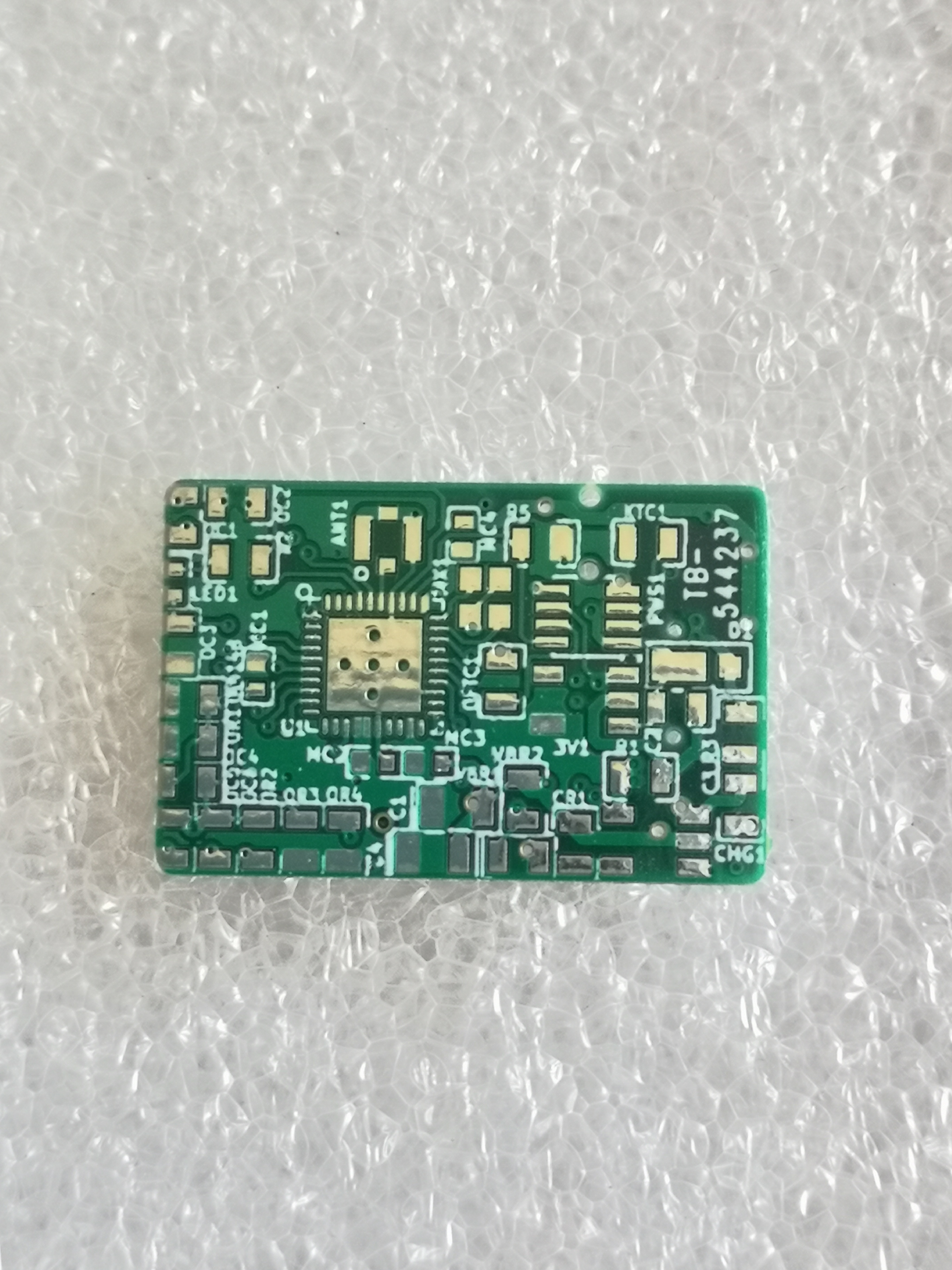 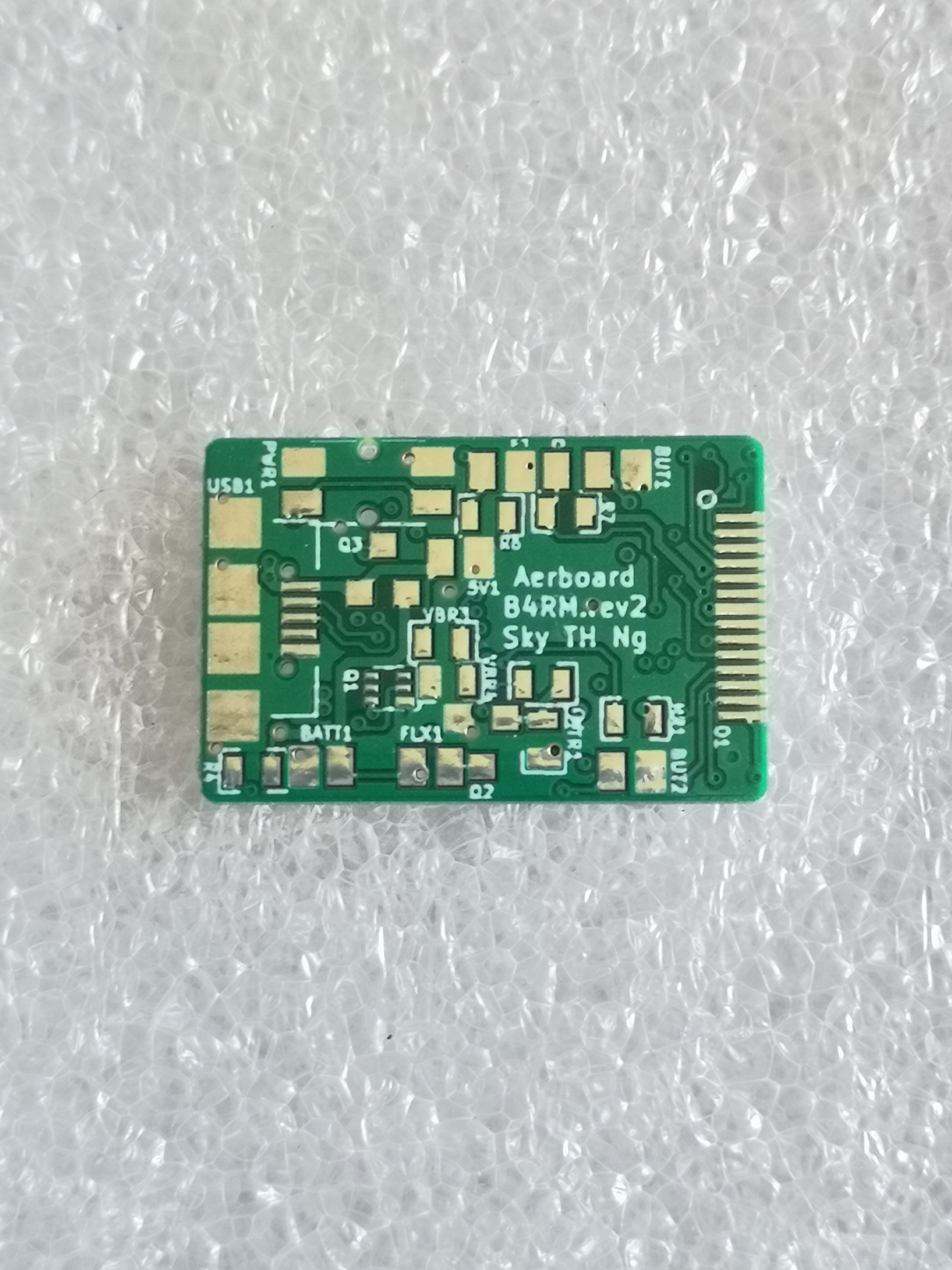 A previous prototype with DA14580 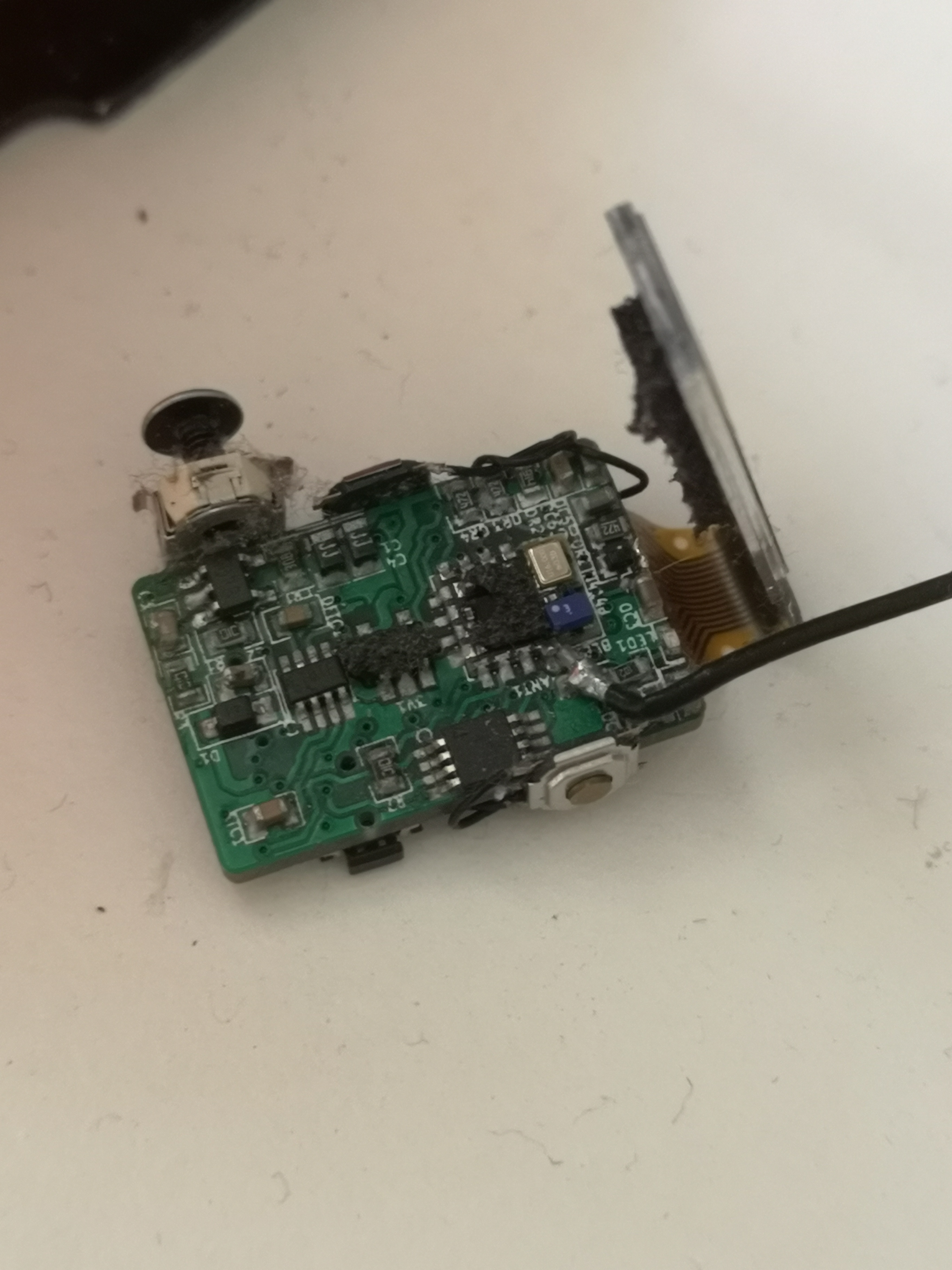 BMS BQ76PL36 cell balancing up to 6S, this is stackable for more cells (Tesla uses the same controller in their battery packs) 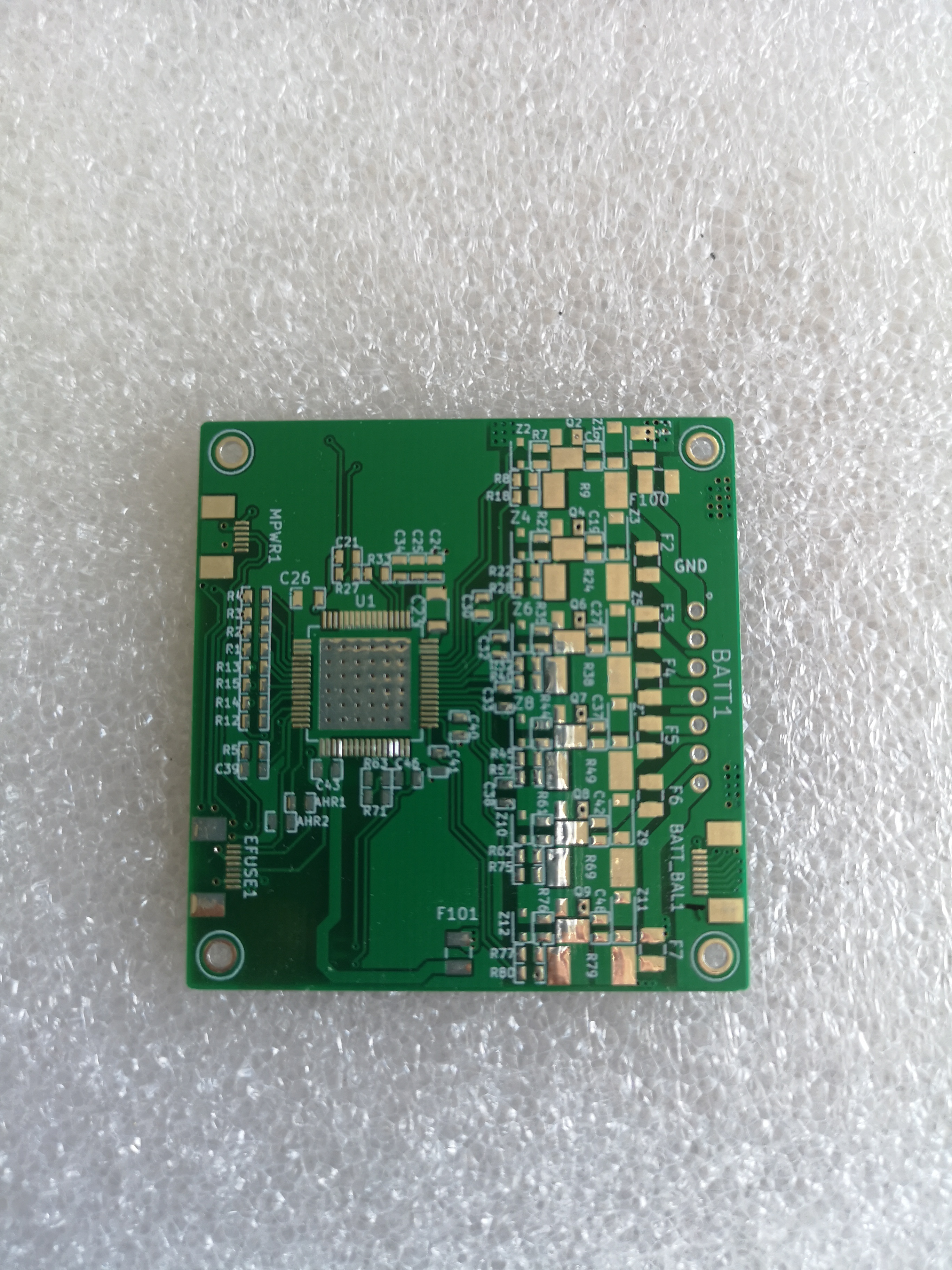 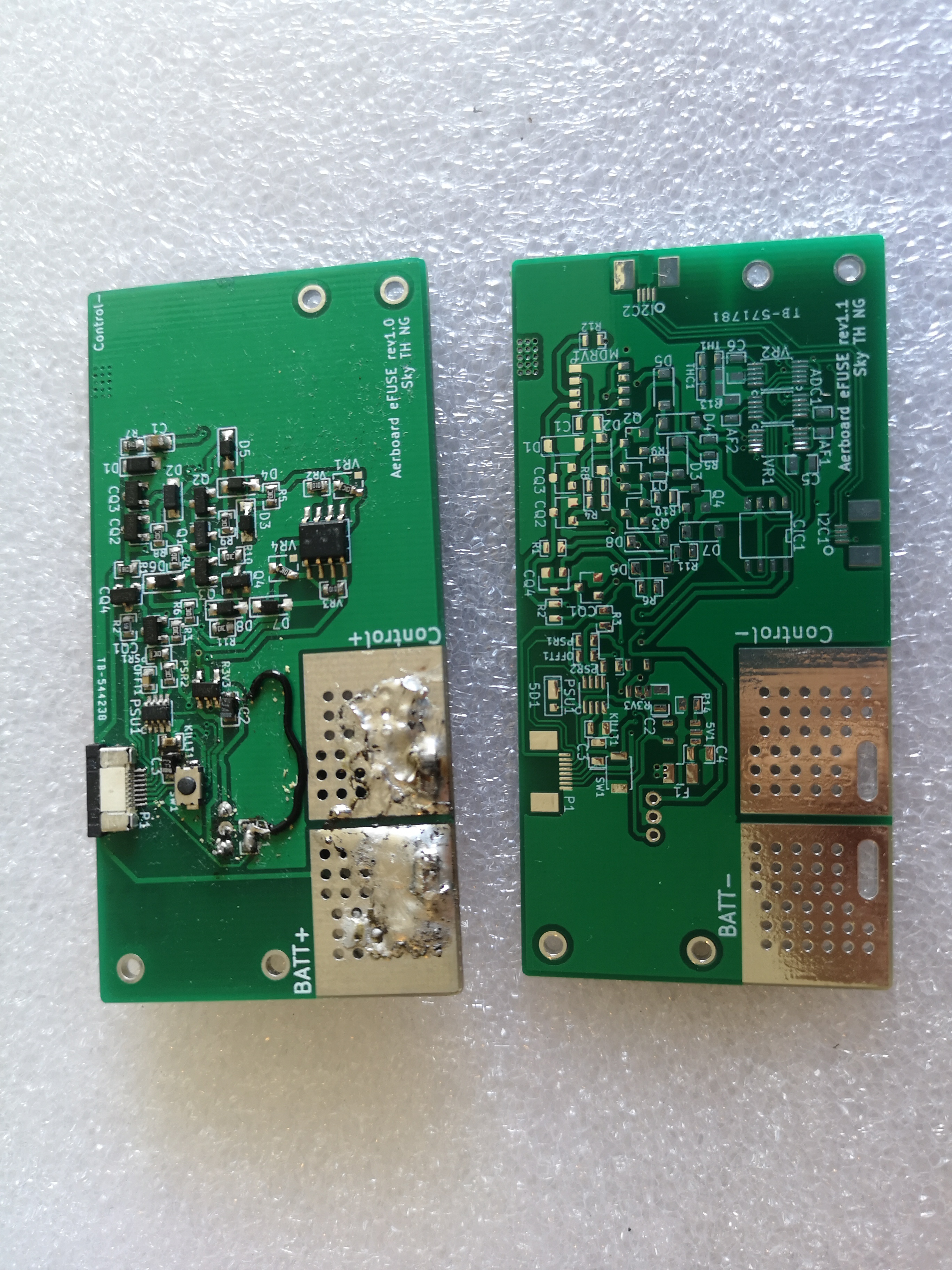 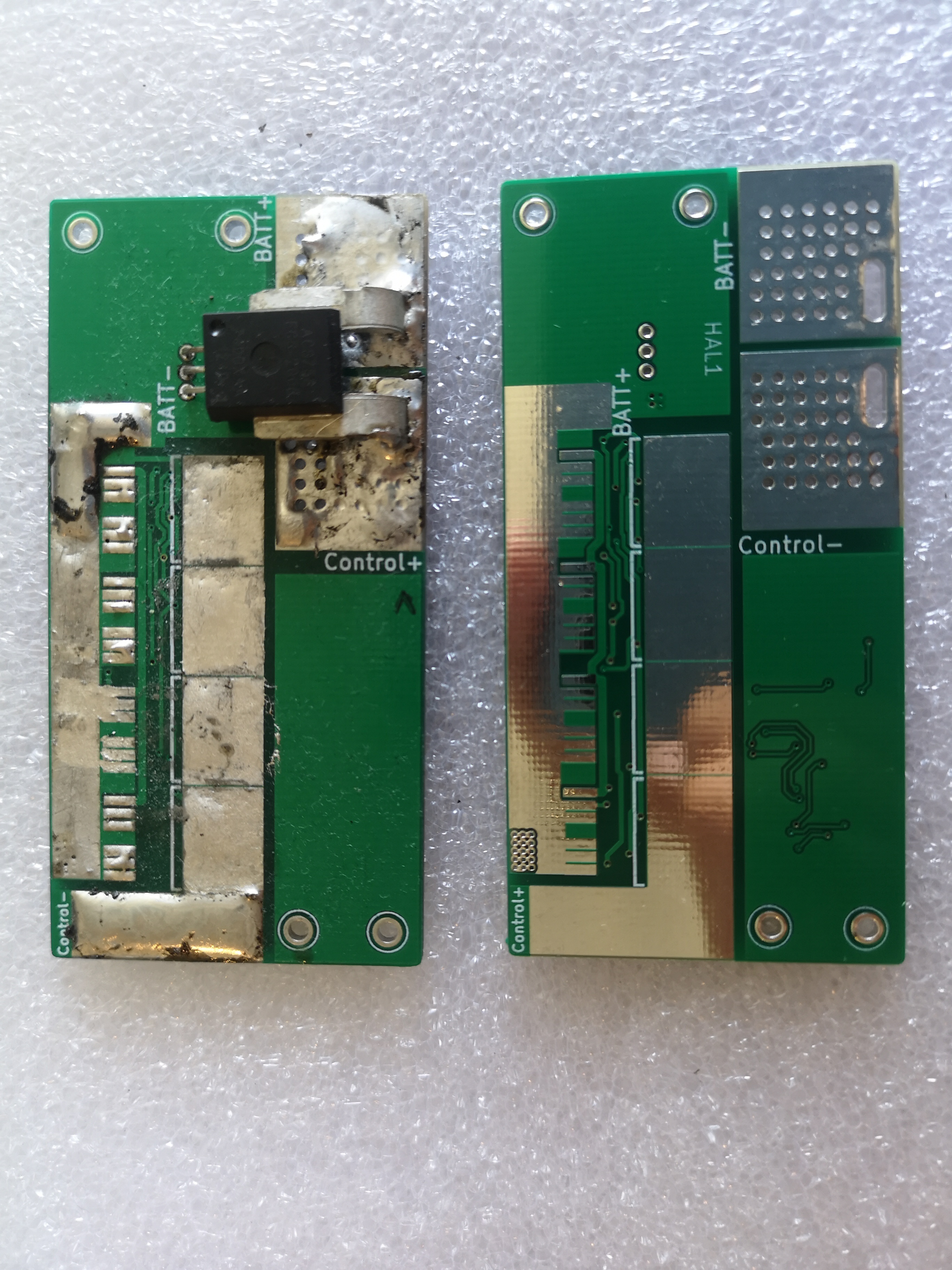 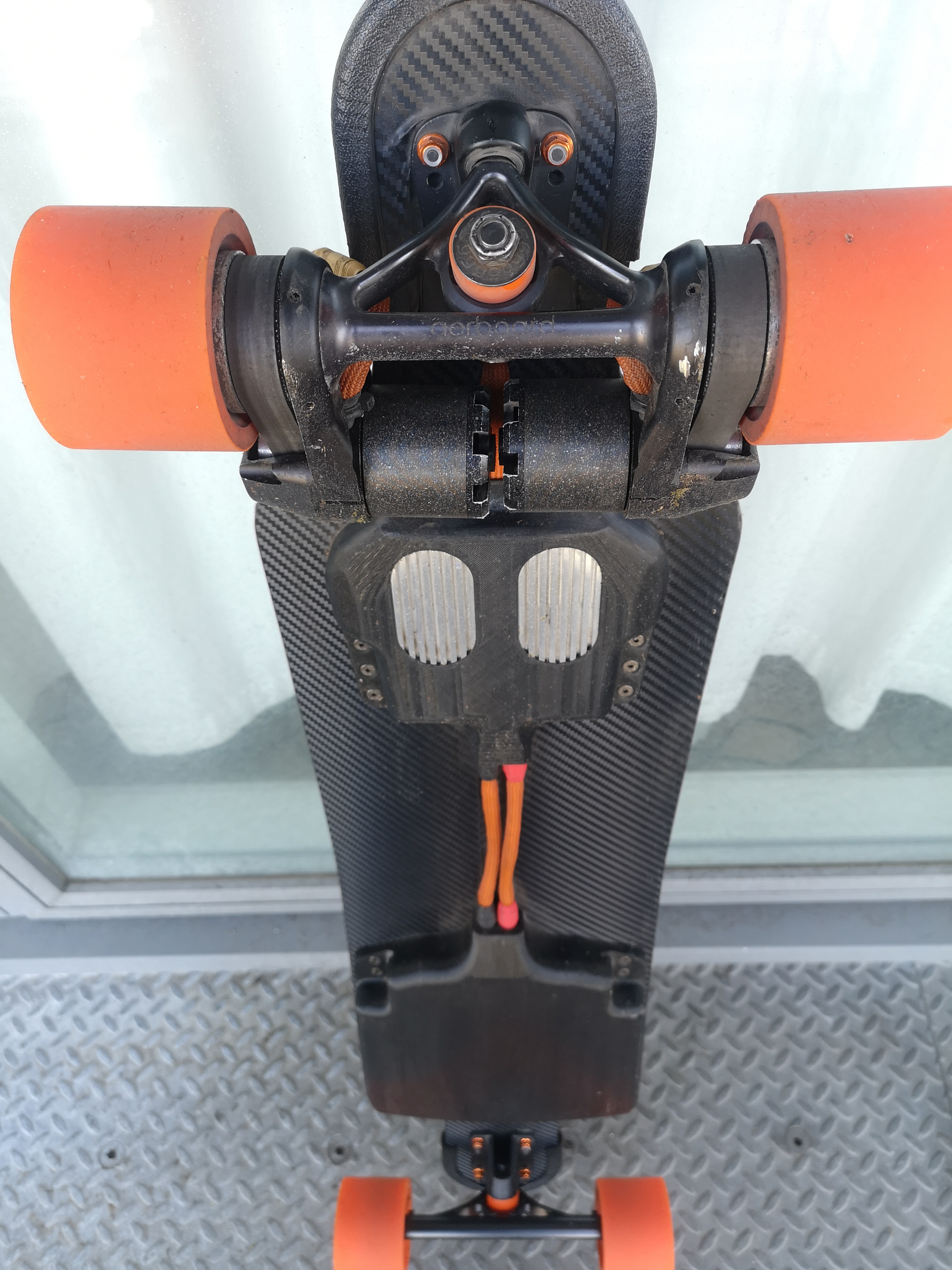 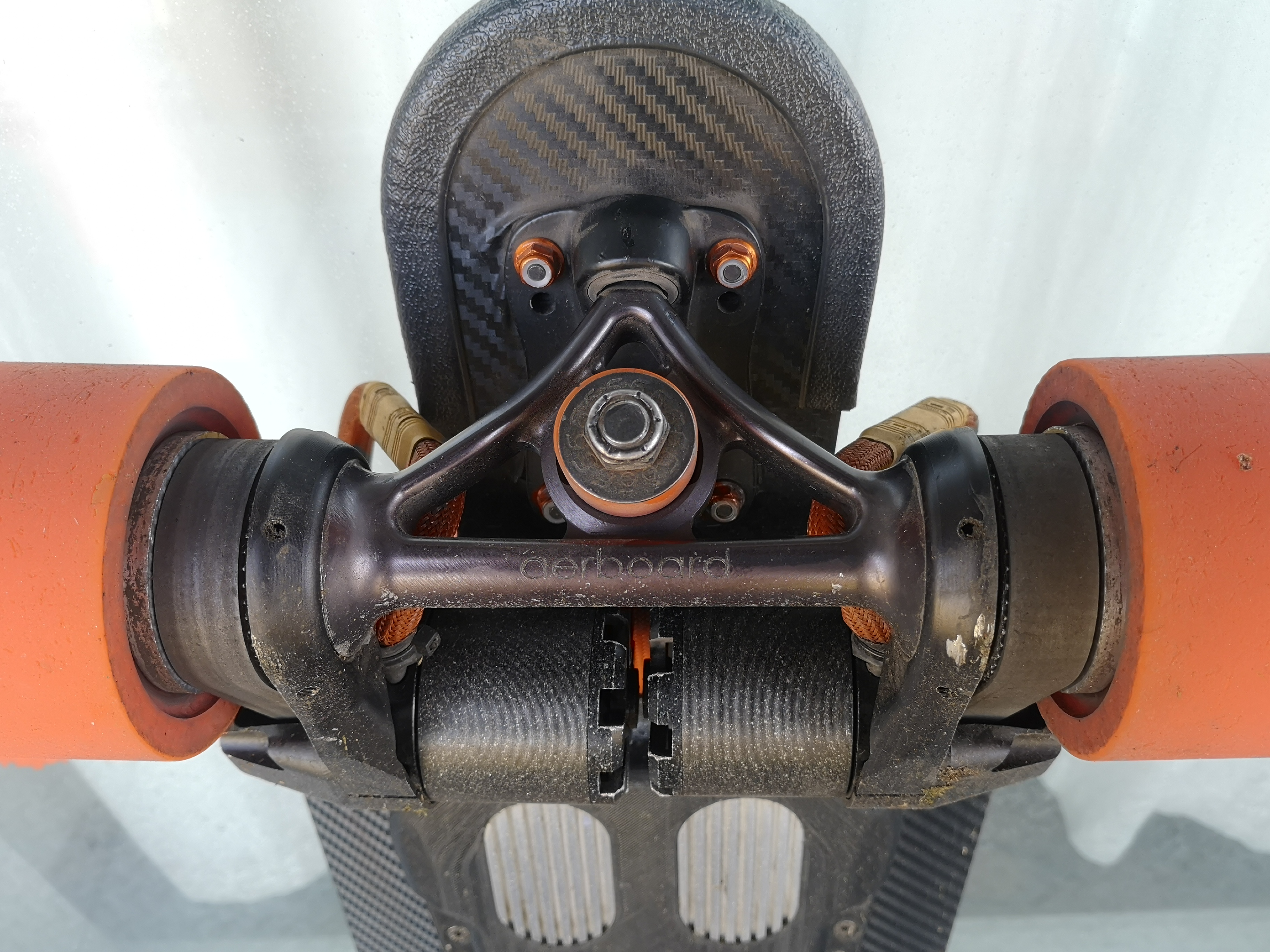 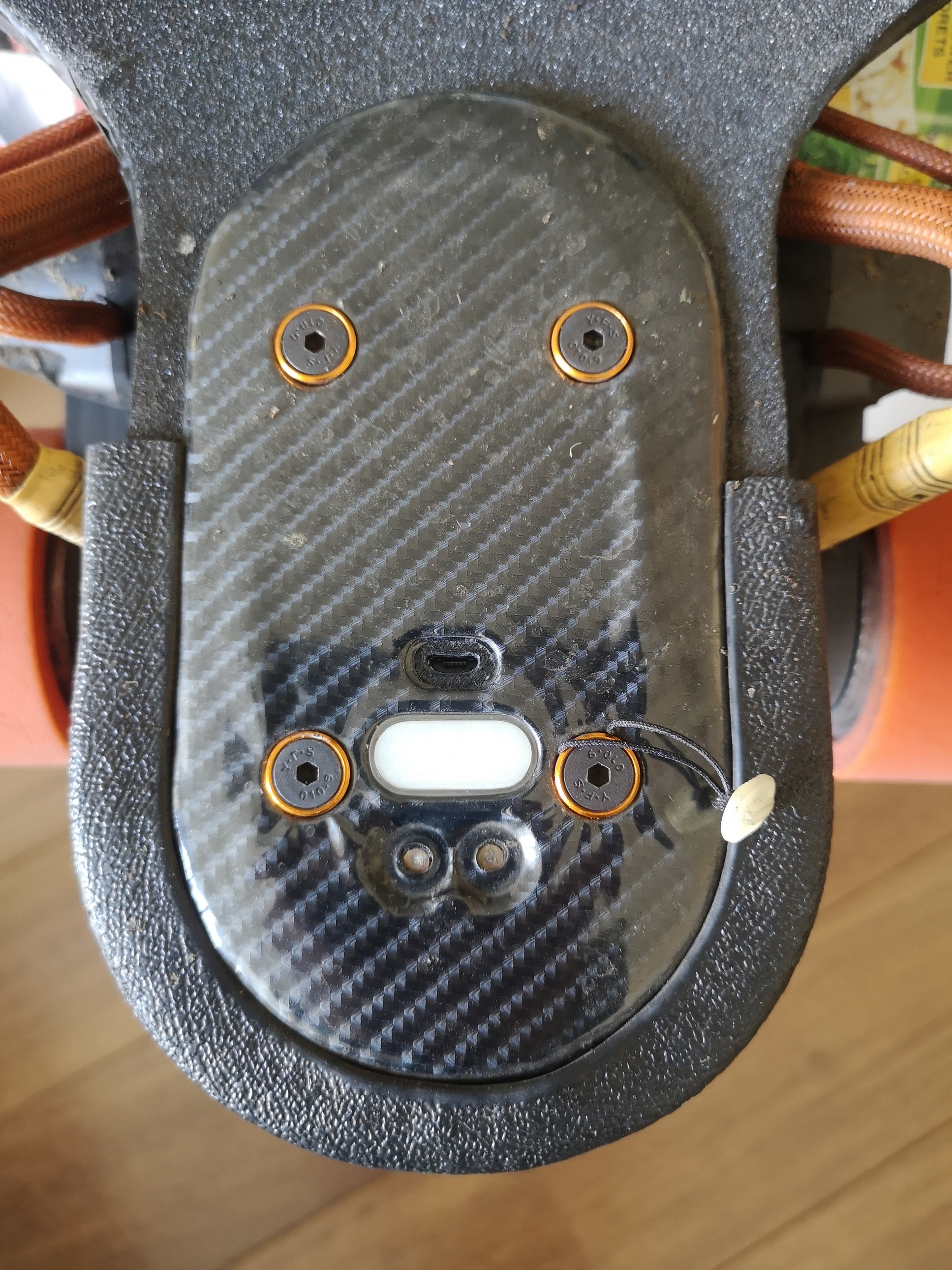 Thank you for your attention let me know your thoughts below!

This is a pretty cool project and congrats on putting so much work into it. It would be cool if the battery module could do up to 13s though as many boards now use higher voltages

Awesome , how does controls Via ring feel?

Thanks, the BMS can be stacked and can easily support up to 192 cells so that’s the easy part.

Supporting 14s charging might be more difficult but can be done with IC’s such as MC33771.

I understand 14s is the max voltage the VESC can take.

I’ll put it in my next revision, if someone has a better way of doing this please let me know.

The ring controller is just an example of what can be done with the DA14583, you could build any type of controller you can think of using that platform.

Thanks, I’m hoping individuals will join the development and create an open source and user-friendly platform,

congrats for such dedication. Keep it going man.

That remote looks like the original design from the boosted Kickstarter! Did you work with them on it perhaps?

Nope, I didn’t work with them.

It’s one of the ideas that I had early on, I guess it’s a coincidence, but back in 2010 there was no way that the ring controller could be built due to the battery constraints, I had a similar design with a much longer tail but due to the battery drain it would only last 1-2hrs so I shelved the idea. I was actually very curious to see how the team at Boosted would pull it off, clearly, they also couldn’t make it viable.

In the meantime, I worked on other controllers like this glove controller below. 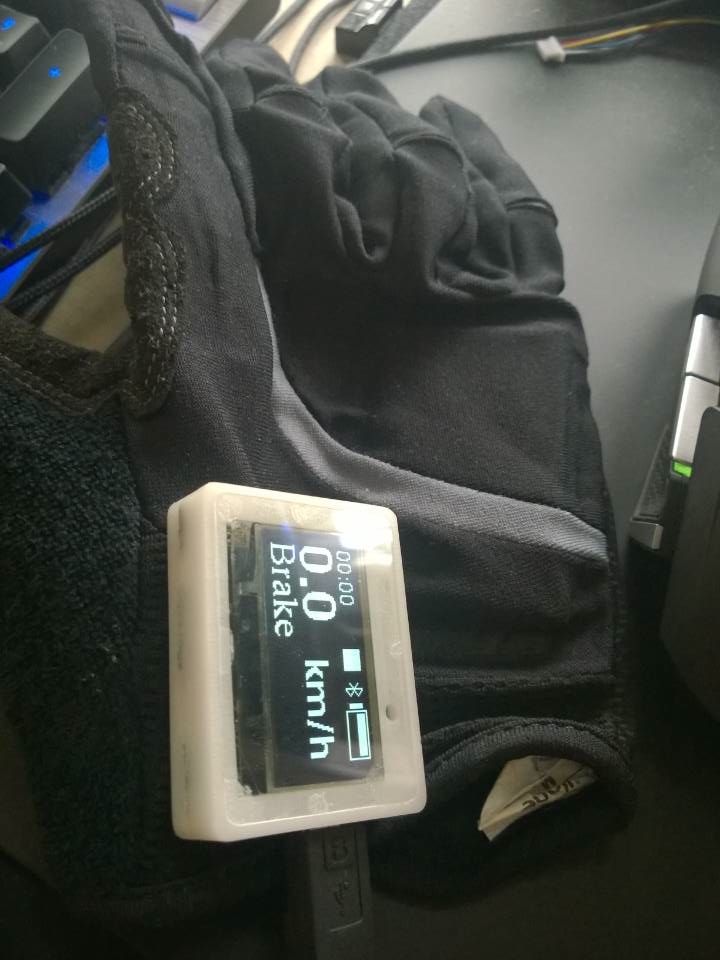 But once the DA14580 was released I started working on the ring controller again as the glove controller was a bit too fiddly to implement reliably.

This is really inspiring stuff. I’m working on my electrical engineering degree right now, so I don’t think I would be of much help. I have just started learning Eagle for designing circuits though. At any rate if you need any testing or help with the project let me know.

What trucks are those?

Nice work man, keep it up!

That’s great! I have no formal electrical/mechanical engineering training myself so don’t limit yourself as to what you can achieve. I think KiCad is much easier to use in my opinion, give it a shot if you have time.

Thanks for the offer! I’m working on some code to run on a off the shelf ESP32 dev board which has a screen and LIPO charging circuits to use as a remote, see this thread

Remote design based on ESP32

Been working on the code for this ESP32 remote coded on the ESP32 Arduino Platform I’ve now got passcode pairing to work with MITM support see photos below The only inconvenience right now is the first time a remote is paired with a receiver, you...

If you have a skateboard build and are happy to test out the remote/receiver pair that would be great!

I designed them and got them CNCed

Looking into @pat.speed suggestion I think this LIPO charger would fit the bill http://www.analog.com/en/products/ltc4020.html

Am I correct in thinking most people who use high voltage pack use LifePO4 chemistry?

One advantage of this charger IC is that it has a boost mode which means that your AC adaptor can have a lower voltage than your battery pack, which I think will be very convenient.

The only issue I can see with using a digital potentiometer is if someone hacks the controller they can change the charge voltage and blow up the LIPO pack.

@ggalisky What do you think?

I have a boosted inspired board, 10s4p Samsung 30Q, dual focbox and torqueboard 6355 motors. I’d be happy to test and record data on parts for this project. Feel free to PM me.