Performance on a "budget"

So the latest year i’ve been pretty much spending all my time in the garage building way to expensive boards. This time my goal was to make something that feels like a real high end board but at a budget of 1000 euro, I call this a experiment build since it will never replace my trampa. I wanted to sacrifice as little as possible on the feel of the ride and the overall performance of the board, of course with my set budget i couldn’t go nuts and buy the best gear drives, deck, trucks etc so the decission fell on finding a cheap but yet decently reliable platform with it’s mechanics.

Having heard good things about @dickyho i started of with buying his drive kit including trucks, wheels, motor mounts and transmission, i also ordered the 6374 170kv motors from dicky since they are half the price of a sk3 motor. 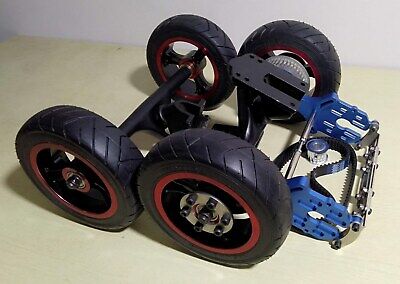 145X40 airless wheel X4 (with bearings and spacer installed). This setup I selected with 145mm airless wheel, this wheels quality is good, with aluminum hub, it is strong. and the rubber is not too fat or thin, makes it not too heavy. 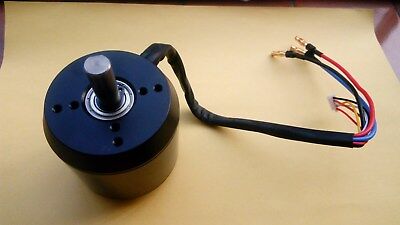 Model：C6374. price here is for 1pc of C6374 motor along. This one is good, the best I could find among those china made so far. high efficience, not easy to got hot, very powerful. shaft：10mm. sensore/sensorless: sensored (with JST 5P 2.0 Hall male...

Now i didn’t really expect much from theese parts to be honest, the whole package including import taxes and shipping set me back around 300 euro, so if it would prove to work over my modest expectations that’s a great deal. The parts arrived in a week and the quality of everything seemed solid, i attached it all on a random long board deck, switched the included bushings to some better quality ones i had laying around at home and used my trampas “universal electronic box(es)” to test it out. expectations exceeded by far! 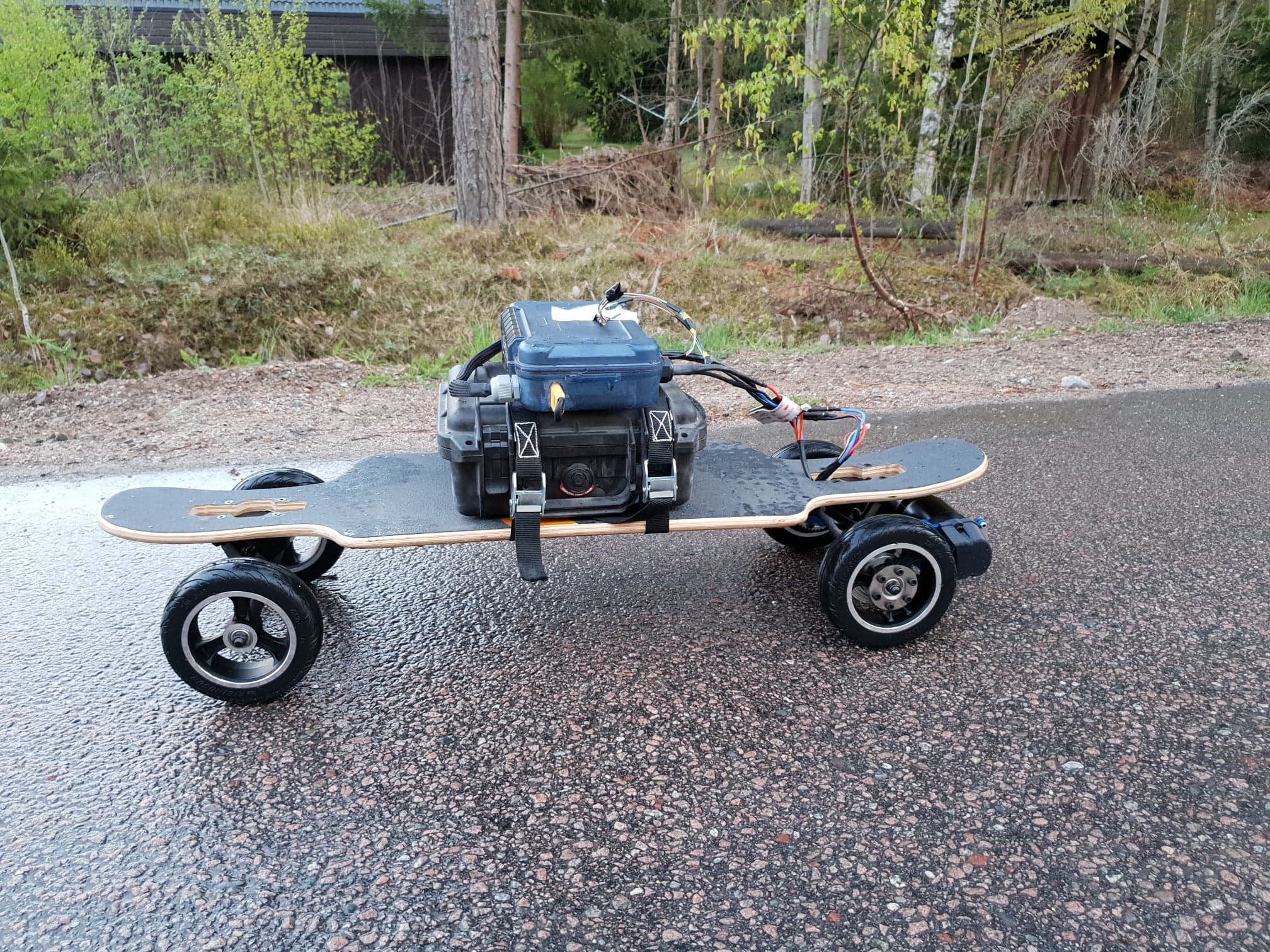 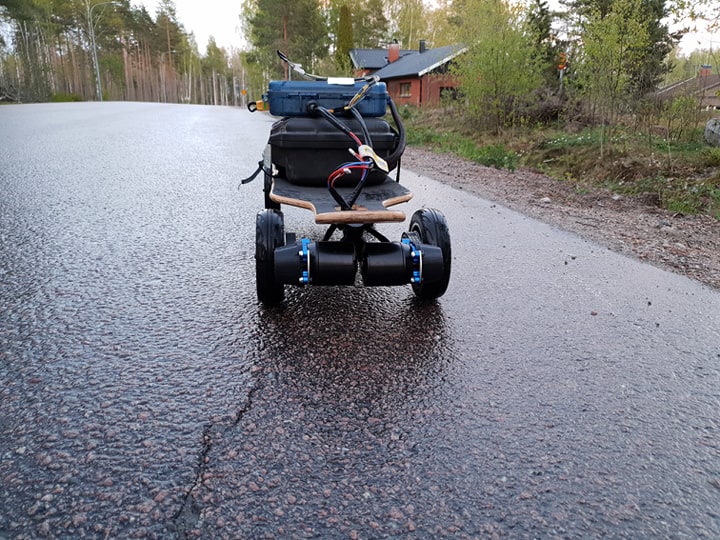 The deck was however crap so i wasnt able to test it out properly. decided to take another blind shot and ordered a noname deck from ebay. Yet again i didn’t really have big expectations on this deck and yet again i was surprised, nice looking, rides great at high speeds and stiff enough to fit any enclosure underneath.

Find many great new & used options and get the best deals for Blank Deck Downhill Drop Canada Maple - Longboard Deck at the best online prices at eBay! Free shipping for many products!

With the board itself with mechanics taken care of it was time for electronics, just so happened that enertion had it’s easter sale for their Unity so i picked up 2 of those for 360 euro setting me back another 180 on the build. I was hoping to get the build done before summer but yall know how this Unity shipping thing went, atleast i had plenty of time to build my battery and sorting out the small things.

Decided to build a 12s5p 30Q pack, ordered the cells from Nkon and i had a 12s 60A Smart BMS laying around at home, counting with the BMS, wires, nickel, insulation etc the battery cost me 300 euro to build and i got the enclosure from electricboardsolutions for 40 euro. From there it was just a waiting game for the unity. 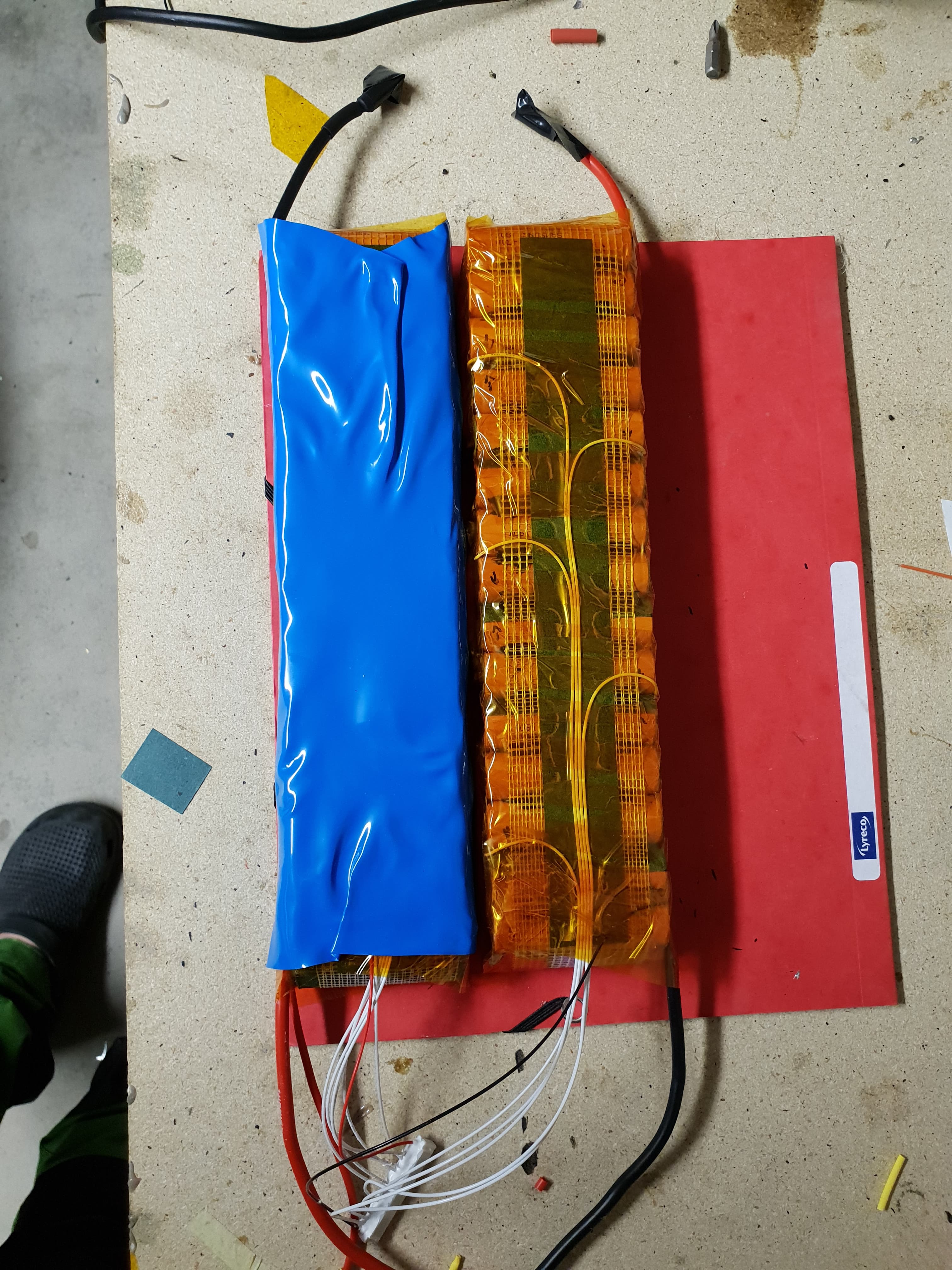 I also had a Nano X remote, charger and all necessary wires/connectors already but for the sake of the budget i will call that another 100 euro.

The unity arrived yesterday so i just finnished the build up today and took it for a 20km test run, to board runs extremely smooth, has great torque and a top speed of around 60kph, moostly i’m impressed by the stuff from Dicky, the value of those parts are crazy. Now we just have to see how well they last over time. 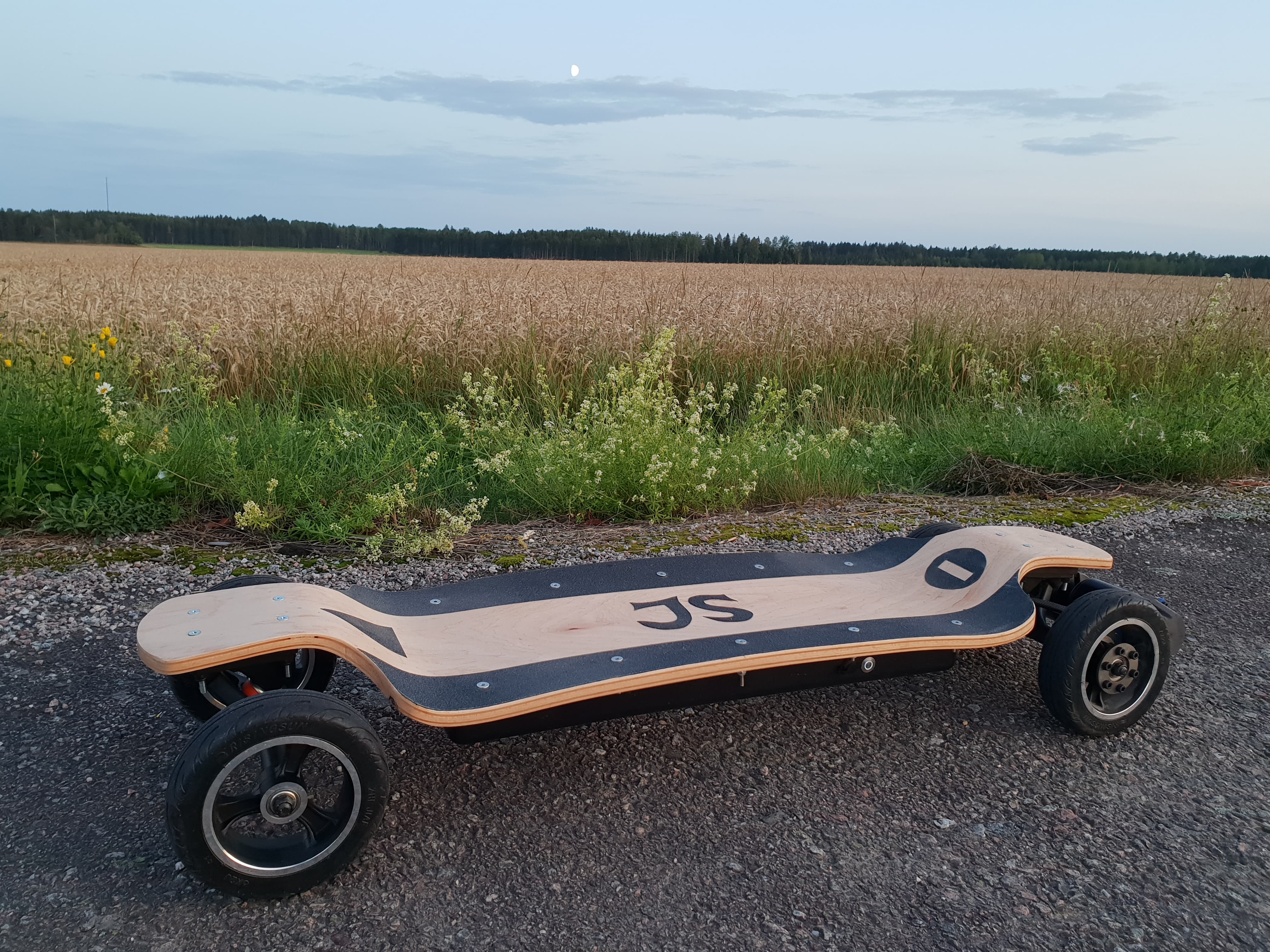 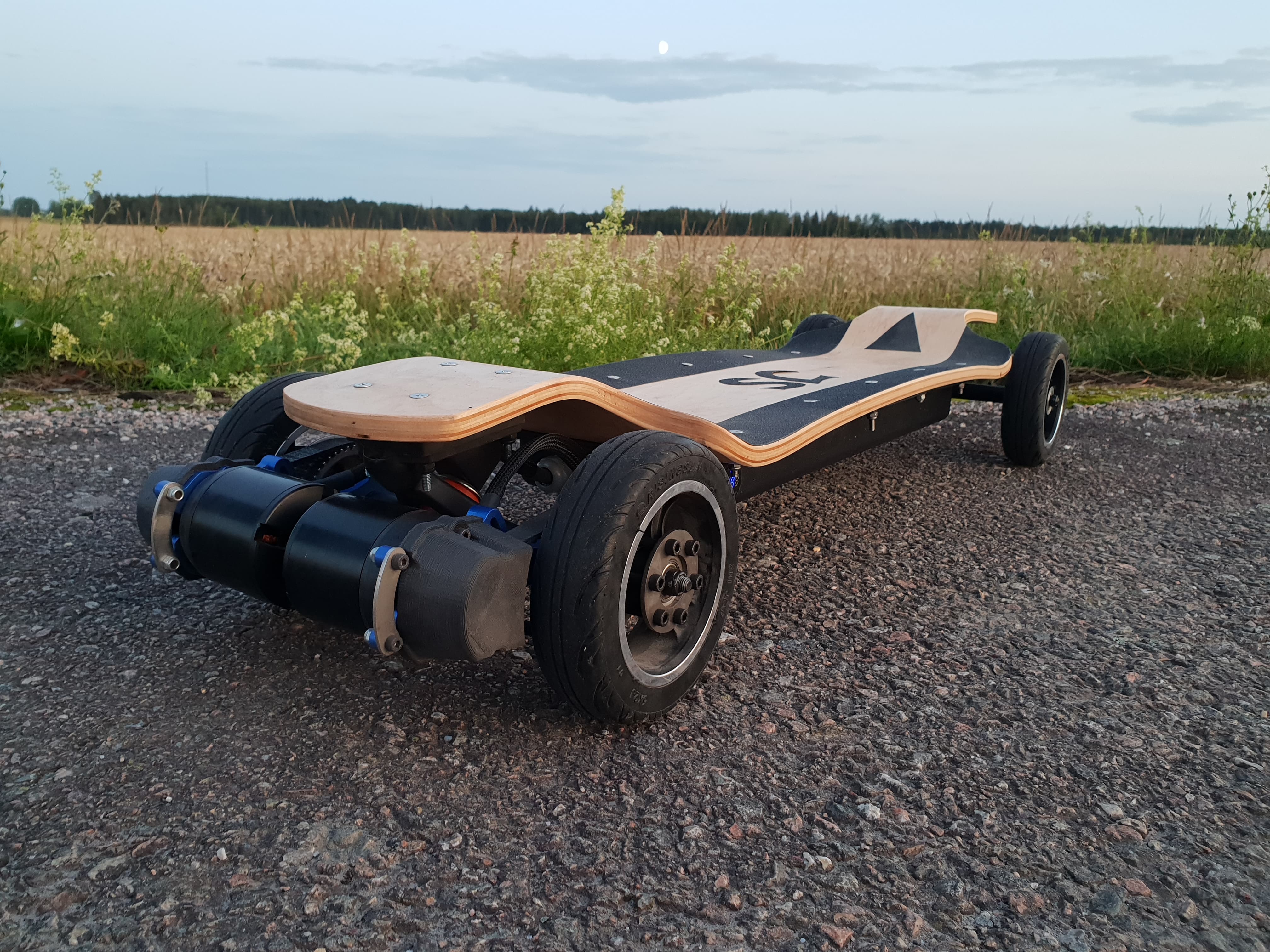 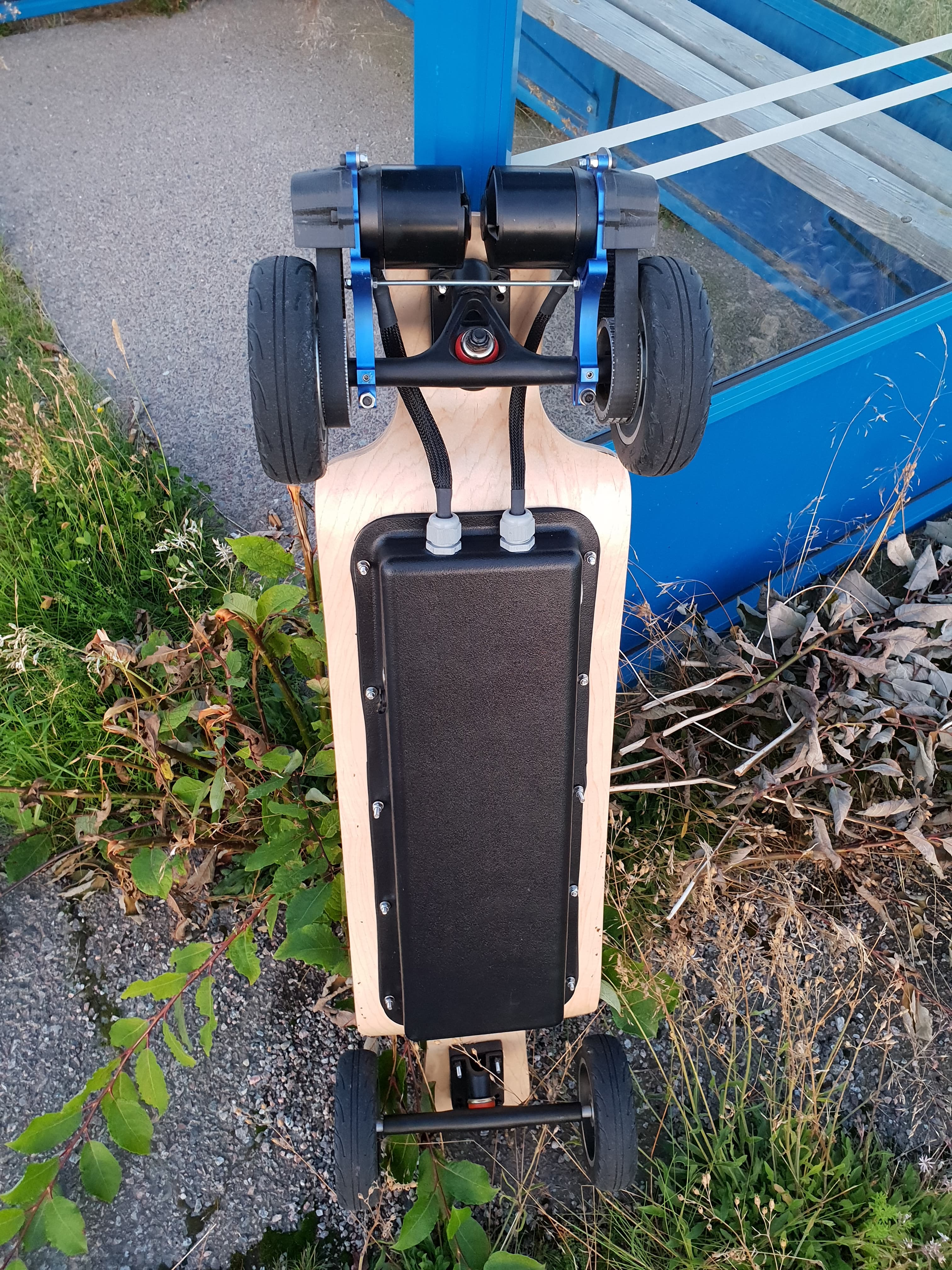 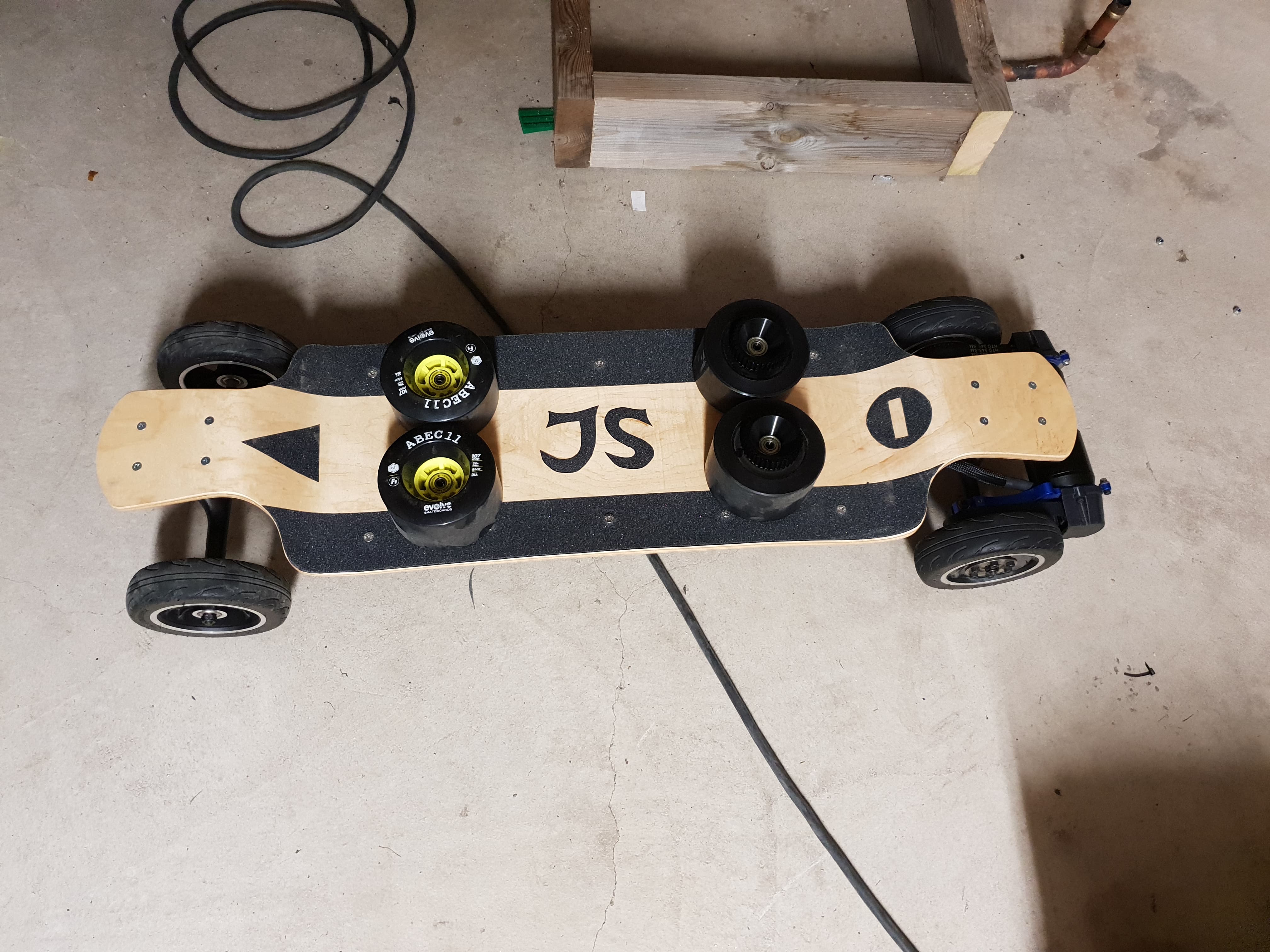 The total price of the board added up to 990 euro so i dare to say mission succeded, now i intend to use my Abec 107mm wheels with seperate pulleys for this board but that’s another thing, it works great as it is with the airless AT wheels i got from Dicky.

So if anyone want to make a great board without blowing the bank feel free to use this build as inspiration, i really prefer this one over the Landyachtz street build i made earlier this year and that one has way more expensive parts.

Nice build. I just built my gf a board with dickyho kit but the wheels and pulleys are different(they have the same 6x2 tires as psychotiller six shooter). The enclosure I got looks the same but is made of a flexable plastic. I built a 10s5p pack with a charge only bms and running a duel flipsky 4.20 vesc. Put 6355 motors from flipsky as well. Using their vx1 remote(really like that one alot much better then the nano). After all said and done It cost $750 and is a blast to ride. I am to impressed with the value of dicky’s parts, especially the motor mounts they look clean. I am getting 20miles(32km) per ride and I am pretty aggressive and around big hills. I am really suprised at the quality of the build for that price, Can’t get a pre build anywhere near that power /quality/range for that price. I am about to place a order for Dicky’s kegel pulleys they look legit.

Sorry, I am unaware of the tax. now I have tax included shipping to most of the EU countries.

Well the import taxes applies to everything that we buy from otside the EU, that’s something we know and take into account when buyng stuff