Pimp my Leif: My E-Freebord!

my first message here to present you my E-Freebord. (excuse my English: I’m French)

I bought a second hand Leiftech board in October 2016, and since, I barely used it because of many failures of different components (and the never ending wait of Leiftech parts to replace them). I had a terrible experience with this “all the time out of order” board (dead remote, motor, wheels, pulleys etc…). The idea to motorise a Freebord is great, but Leiftech made a terrible product, and they have a terrible service too.

Anyway… Back on the subject: I never liked the Leiftech deck (heavy, no flex, rough grip, and brick shaped). So in June 2017 I swaped it for a 80cm Freebord bamboo deck. At the same time, I removed the Leif trucks and instead replaced them with the Alfa trucks from Freebord. 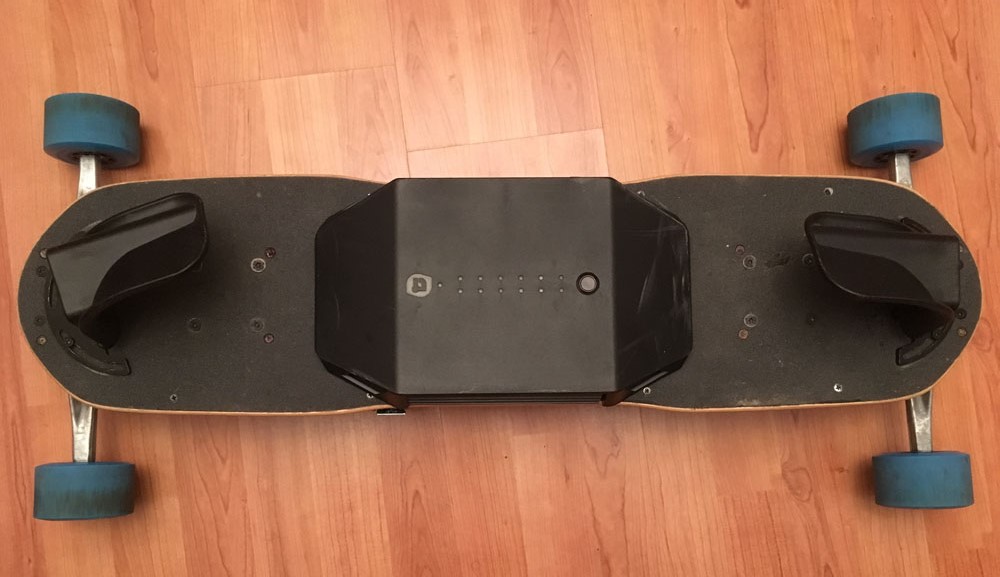 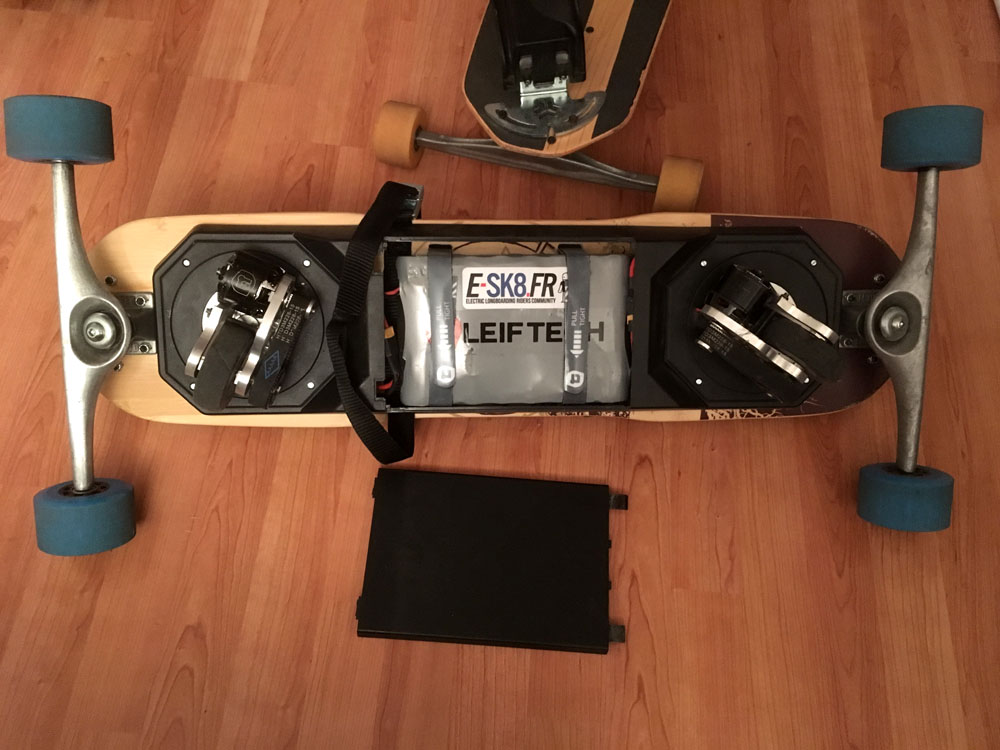 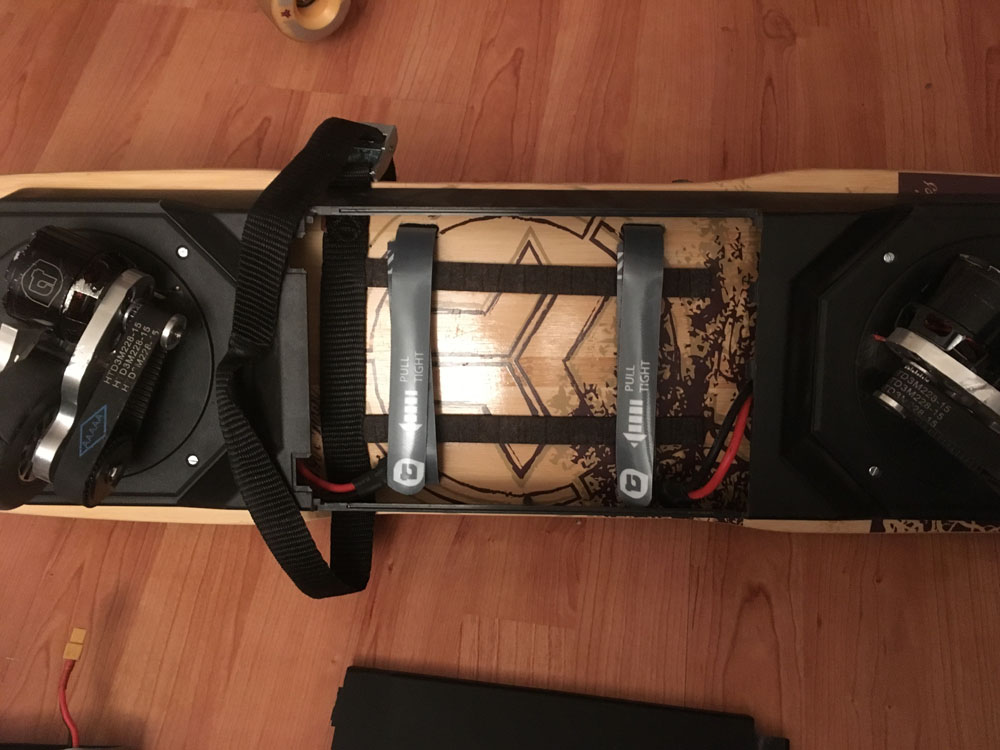 I chose the Alfa trucks, first because I wanted to get rid of as much as possible of Leiftech parts, but also because they increase a little the wheelbase, and track (also you can mount DaBlues wheels without spacers). But the mainly advantage is that they’re bent at the end (like the G3-R but lighter) so the wheels contact is more flat and it does increase a little the rocker. And one more thing: I think they’re looking great!

Now that I have changed the deck, bindings and trucks, I still have the terrible electronic from Leiftech. I want to get rid of it as it is dangerous (I hate the surprises it’s giving during a ride: unexpected changes of speed or brakings or even full stop).

Problem is I’m a complete newb in electronic. I’m planning to buy 2X single VESC + a remote + a battery and a charger but I don’t know what would be the best choice (I was thinking about a pair of Flipsky Mini FSESC4.20 as they’re available now, for the rest I don’t know).

So advices are welcome! Thanks.