Better late than never, I share with you the build process started in february and (almost) finished mid-July.

The key-word of this build was PERFORMANCE as I made it to go up and down bikes and ski slopes in the mountain.

Once upon a time, a Trampa Holypro 35 titanium axle with heel straps (and some bags). I bought a used @Nowind etoxx v2 mount I polished for fun… No, kidding. This is fuc%#$ annoying, but needed for a delicious purpose, you’ll see later. Pimped to hold strongly batteries while I ride like an idiot. VESC 6 beta not released yet and the mount in a magic process, I needed to print them to go ahead with the rest of the build. Then, I received lots of love from Overion

with a (laser engraved) gift from Yann, the CEO of Overion (a reaaaaally nice guy). Time to prototype then print the definitive cover of the electronic box with “windows” to let see the RGB LED ring gauge and brake light dimmed by luminosity sensor (controlled by arduino communicating via UART with VESCs 6). The main part of this build for me was to create the carbon fiber 5mm sheet for holding all the electronics. I wanted it every strong to resist hard shocks while riding in the alps mountain (rocks, holes, cows, marmot, delicious fresh milk cheese…). VESCs 6 finally arrived. I originally planned to cut squares in the plate to let pass heatsinks attached under the VESC cases. But first tests of others beta testers showed that case temperatures wasn’t high even with high currents. So I decided to just add thermal paste to transfer heat to the whole plate which acts as a big heatsink. I finally received the rest of the anodizied mount made by @Riako (thank you so much dude, you really really rock). Time to assemble everything and adjust ISO6b Overion pulleys alignment (with 100% infilled ABS 3D printed spacers) 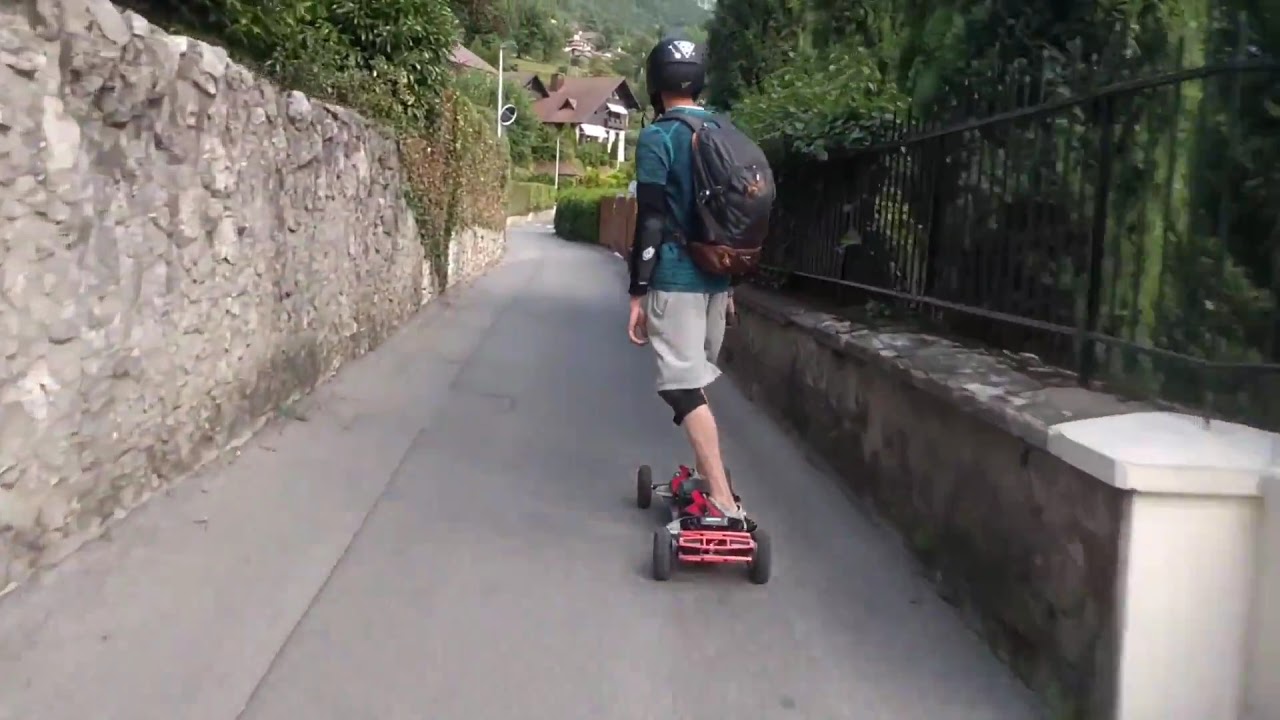 And finally, the “natural habitat” of this little monster Bonus : the board fits perfectly with the Trampa board bag. Perfect to carry it till the game area ! I made it short but It took me 5 months, hundreds of hours, some fails and a loooooot learned again. It still misses the Arduino board (I’m still updating it and will make it DIY) but the prototype is fully working : 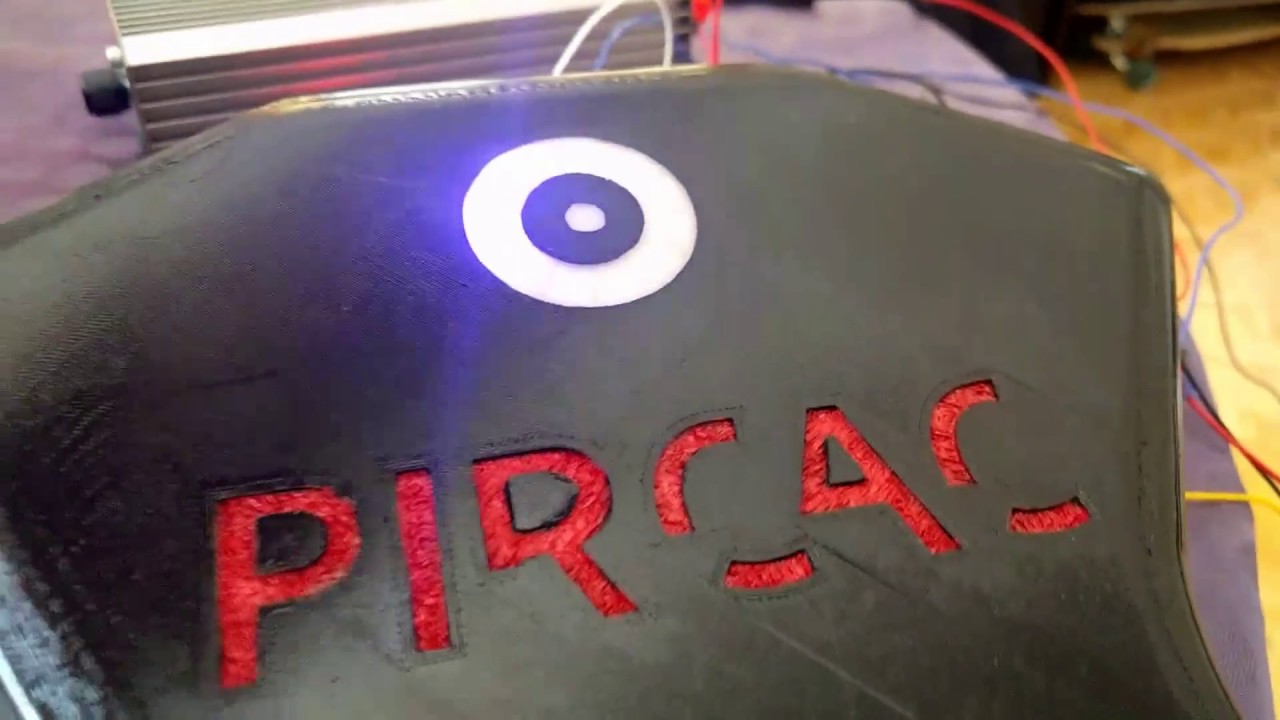 What do you think about those Tattu batteries ? I rarely see that brand on the forum but those are easier to find in Canada.

Actually, I didn’t ride a lot with. But so far so good. Each ride is recorded and then I analyse log files to measure the voltage sag and internal resistance under high amps. Even at almost 100 amps, the sag is fair.

Alright ! Time for an update !

I’m still working on the custom accessories PCB and it’s very closed to be finished now ! 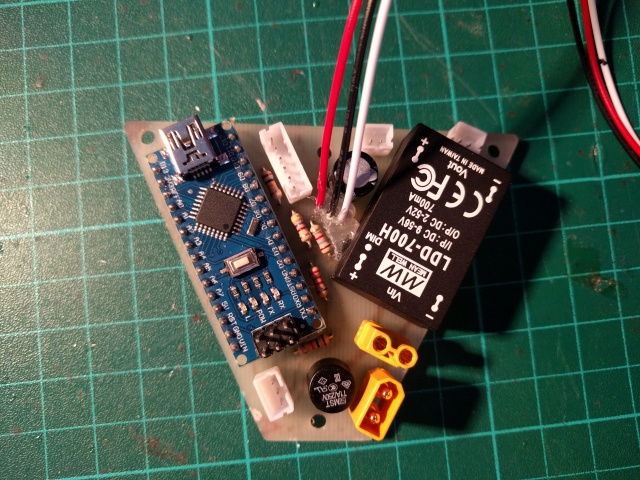 VESC 6 are very good but they are also more sensitive in term of GND loop (which explains why it’s not recommended to use PPM Y-split). So I had a lot of pain for letting the Arduino communicates with it. It’s now solved and I’m happy to have all the features working now 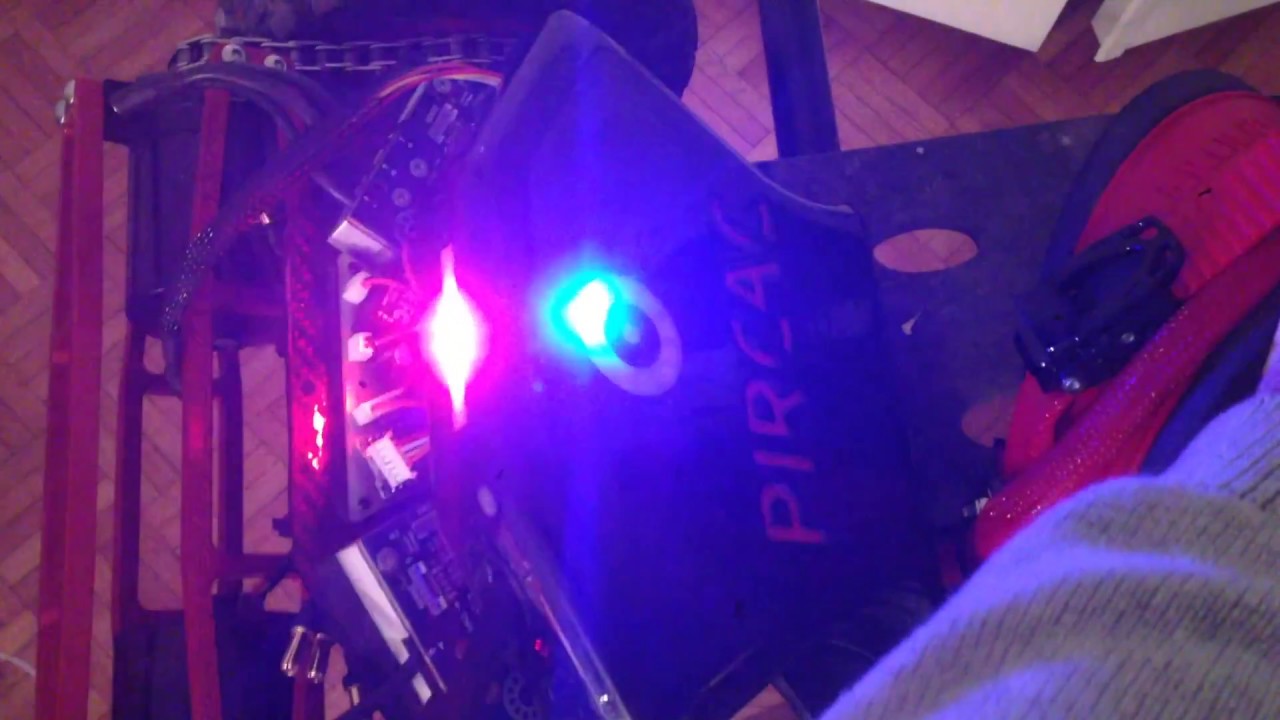 Talking about frontlight, I designed and 3D-printed a housing for 2x 5W Leds with heatsink. I wanted it the most integrated and invisible as possible (printed in black PETG). It also has a “deflector” to avoid blinding car drivers oncoming. 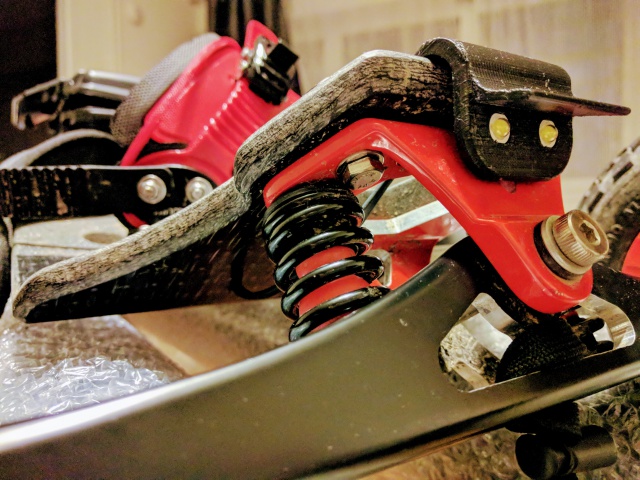 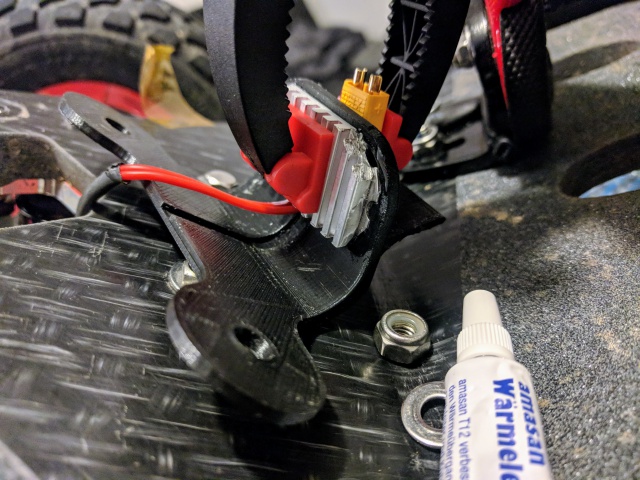 I’ll post a nice video presentation when everything will be mounted and finished as the final point of this almost 1-year build.

Dude this is awesome! Arduino based Telemetry and VESC communication outside of the remote is definitely a new thing

I really like the extra details you added, like ambient light sensor and the stealth front leds

This is awesome! Cool work!

Getting there, supreme build.

In terms of grounding, what problems did you encounter? I have almost the same configuration with a few more thinks -Dual VESC 6 -Arduino + NRF -2 individual ws2812 strings -Multiplexer with 5 leds for battery gauge -Dual front leds -Step down for powering everything

My plan is to use the step down to power everything, so the only connection to the VESC is the Rx/Tx and use a star ground scheme with everything going to the output of the anti spark, what do you think?