This has been in the works for almost 2 years now and I’m excited to finally share the first pictures. The first couple of samples should be arriving within the next week. Once I can confirm everything fits (or find the only possible bug, which could be the truck plate fitting), I will be moving for the first bulk order, which should arrive no longer than 1 month from now. My manufacturer is fast and reliable on their time estimates.

This deck was created from the same ideas as the first deck I made my self. I have tested this design myself and my first deck has lasted over a year and a half with very minor wear and tear, over 2000 miles later with hummie aluminum version, then hummie steel, then carvon v2, and now hummie v4’s. The design is quite strong, but will confirm the wood they used is just as strong.

Decks are 100% Russian Maple, not cheap china maple. Why Russian Maple? Maple grown in colder temperatures grow slower, creating a denser and stronger wood. China Maple is grown in warmer temperatures, and thus, why it is often weaker than Russian or Canadian Maple.

This deck is ready for 2wd or 4wd. The reverse recession is designed for use with Paris trucks (The same ones used for all hummie motors, including the new v4’s). You can bottom mount other trucks (as I did with my carvon v2’s in the past). Designed with hummies motors in mind, but can be used for any motor setup.

Theres 3 places to run wires between the 2 pockets. One on each end for the battery wires, and one in the middle for balance wires.

Price will be $180 USD + shipping, which is a great deal compared to chaka’s hollow core decks at $500! Includes: Deck, Lid, Screws, and Screwdriver.

The board does look a bit thick, but it’s still cleaner and thinner than a deck + bottom mounted enclosure. When seen in person, assembled, the board does not appear as thick as it does in photos (so I’ve been told by others on here).

Yes, there are a lot of screws. But once you assemble your deck correctly, you should not need to ever take the lid off again. A small battery powered screw driver can be purchased for around $10 USD also on amazon if you want to speed up the process. I like hand tightening them to prevent over tightening and possible damage to the lid. 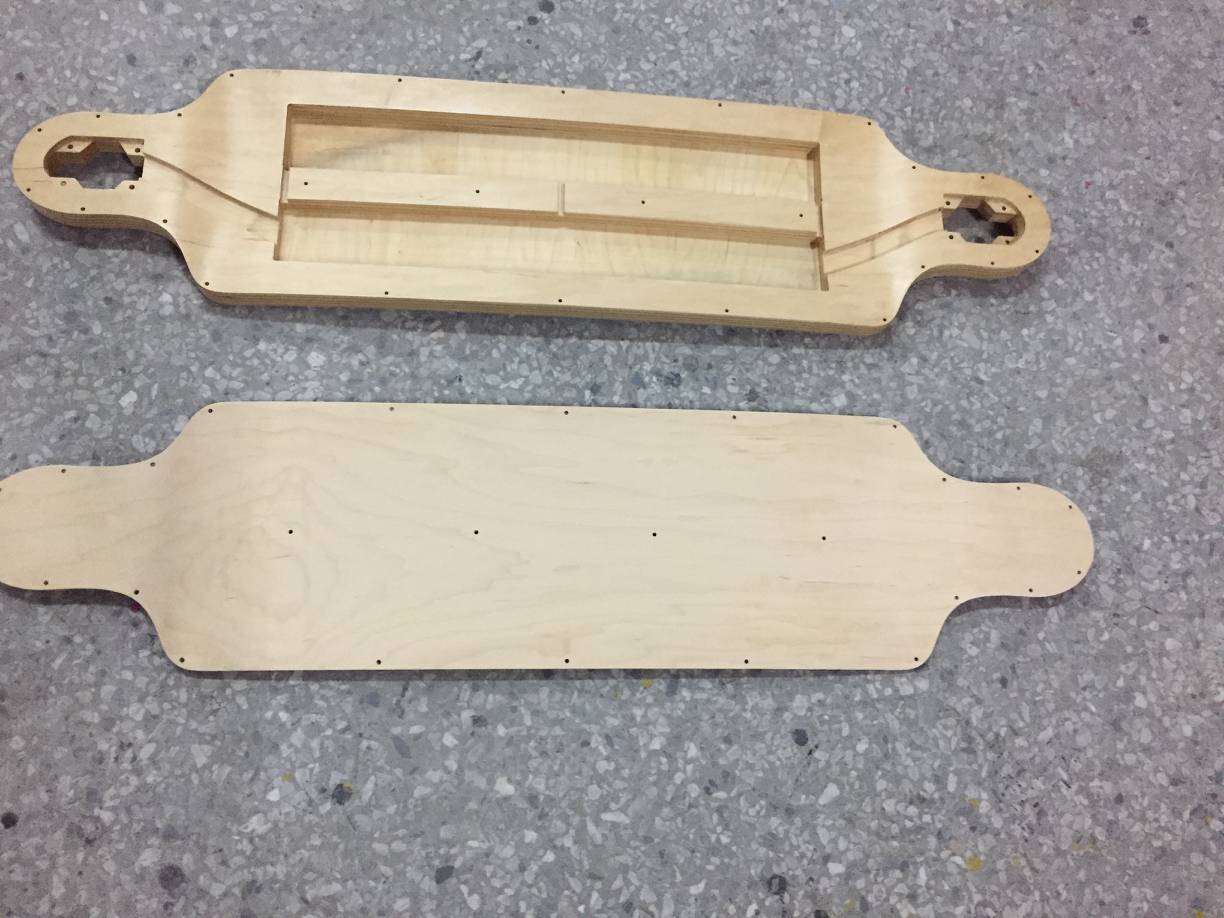 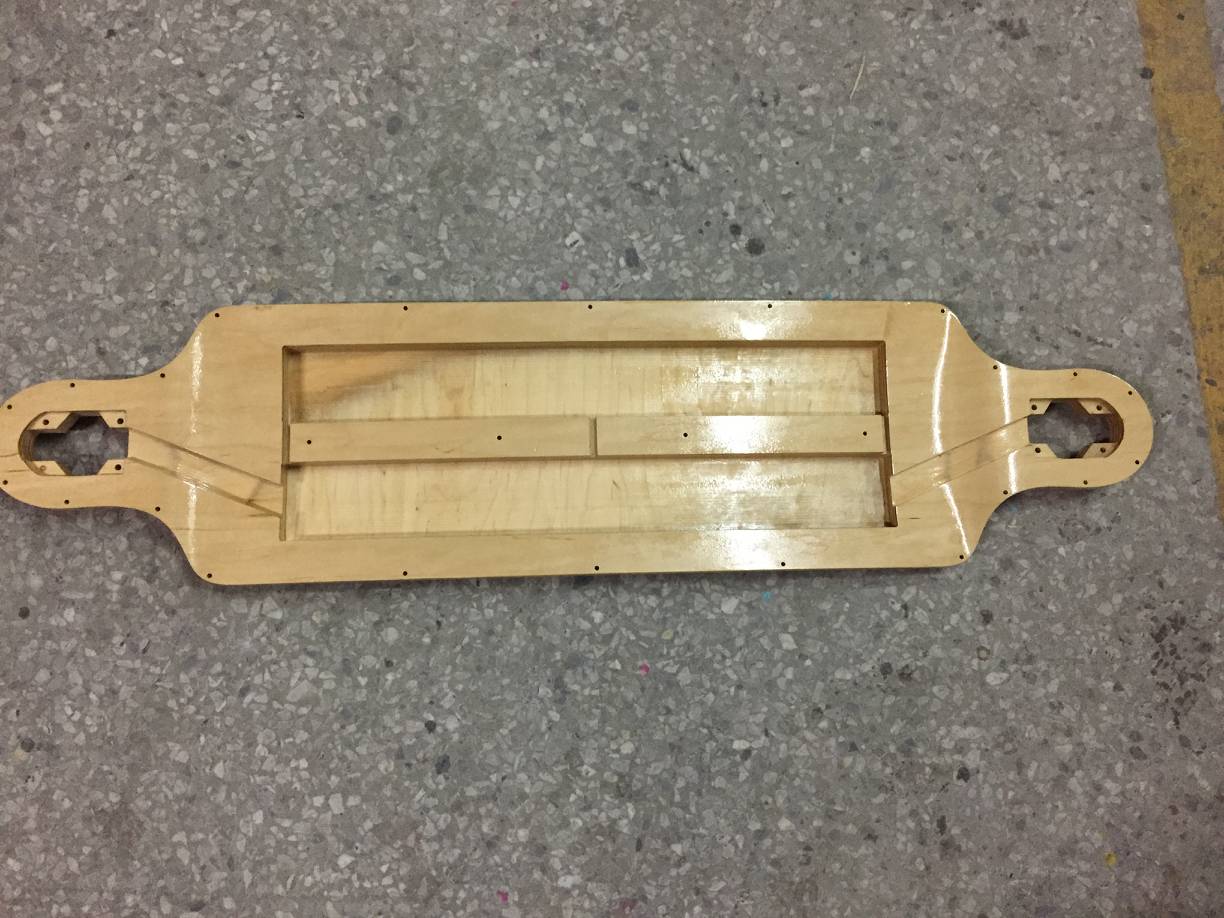 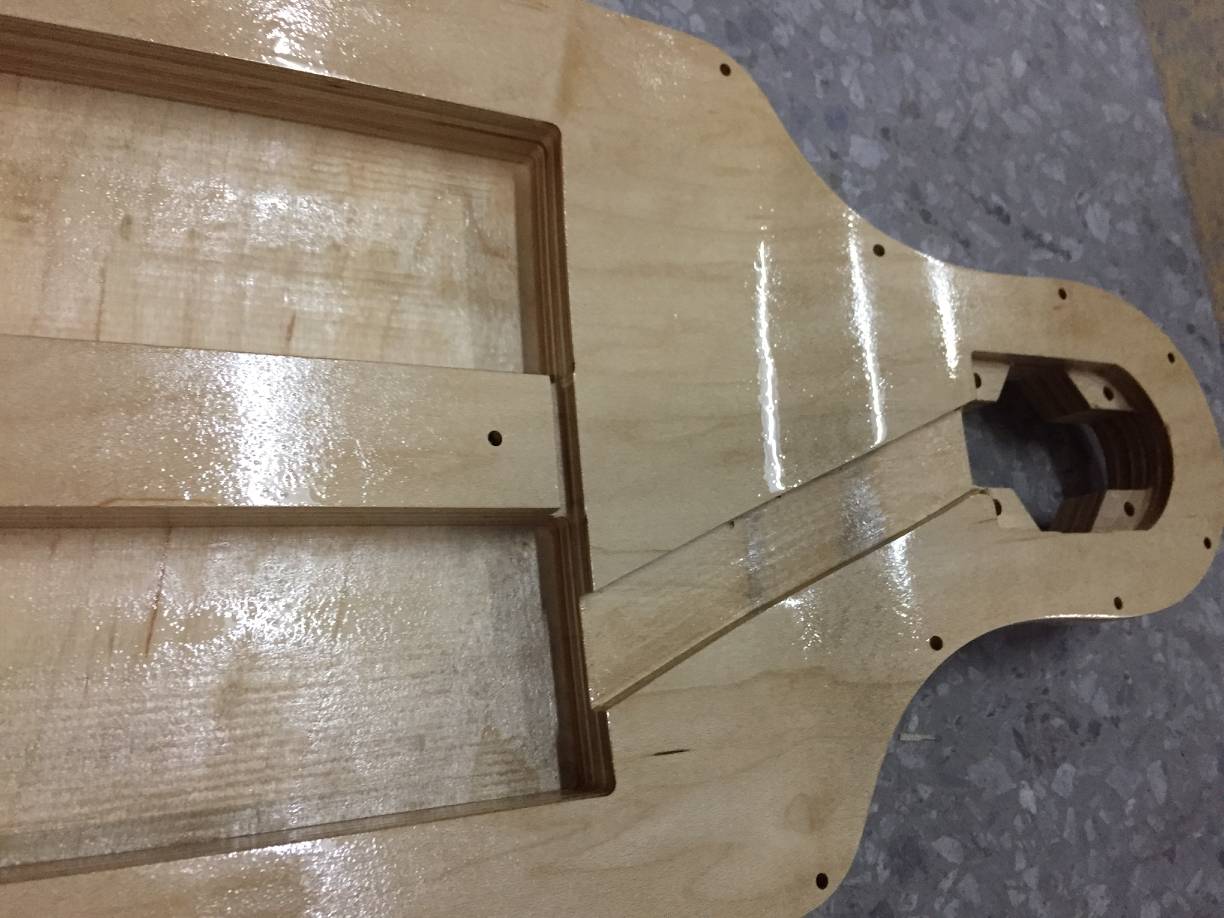 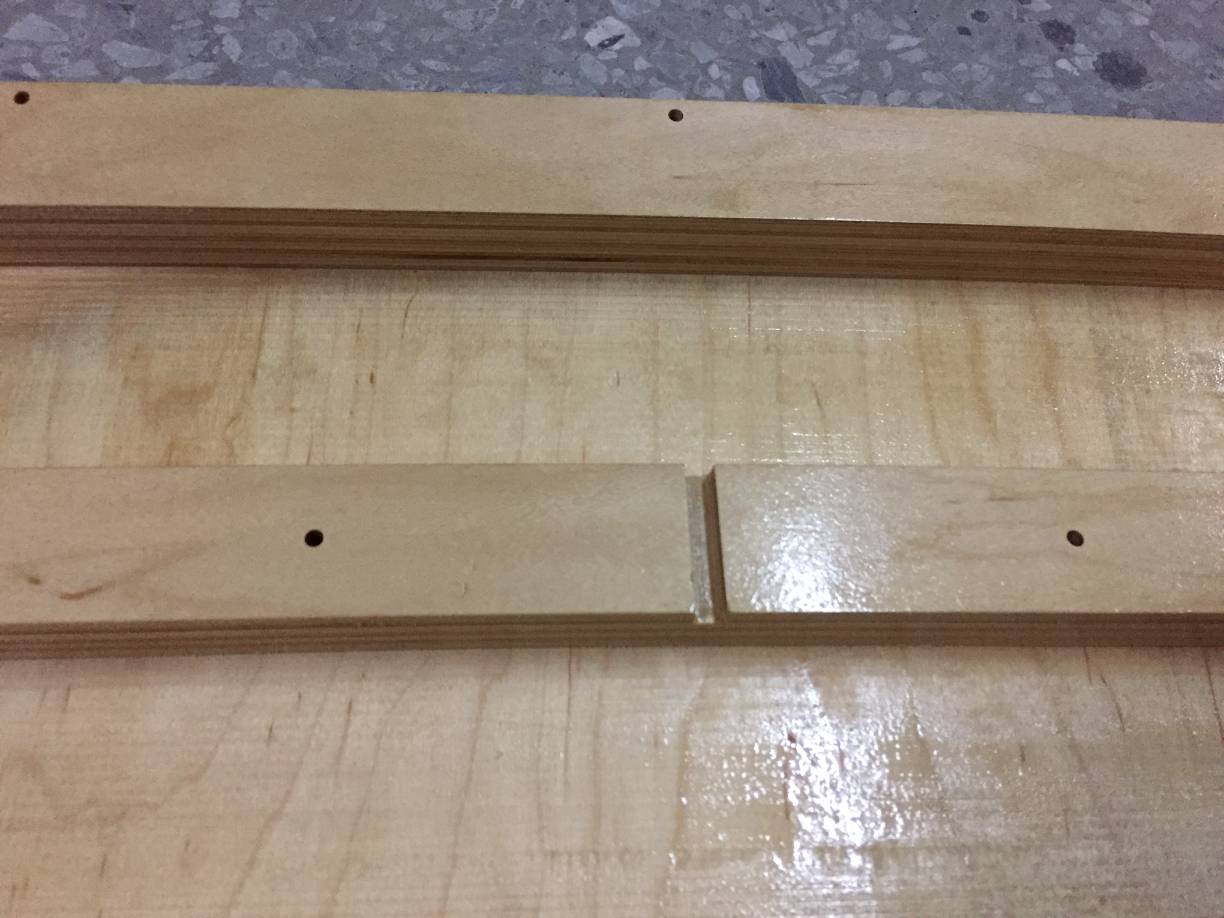 I liked it, what’s the weight with lid and everything?

Does it have a name? How many ply is it? Is there much concave?

Not 100% sure yet, will weight it when I get the 2 samples hopefully this week or early next week at the latest.

I can tell you from the deck I made before, it feels slightly heavier than a 11 layer longboard deck, but not by much. Most of the extra layers are hollowed out, so even though this is many more layers, it sdoesn’t mean double the weight at all.

It does now! Naming it The Rocket Deck. The core is made of 18 hollow layers, a 3 layer base, and a 3 layer lid, for 24 sheets in total. Bear in mind, these are not the thicker sheets used in tradition longboards, but the 1/16 inch sheets. So it will be around 1.3 inches thick. A bit thick yes, but take away the need for the enclosure, and it’s not really that thick. The end result comes out pretty clean compared to an enclosure.

There is a nice amount of concave to this deck. For one, you can see the drop down in the pictures quite clearly. It is a nice pocket. The deck slightly rises in the middle, which also helps to create that pocket. The whole board has a nice concave from side to side.

This is far from a flat deck. Your feet lock in way better than any other electric skateboard deck I’ve ever ridden.

So tempting but I just ordered 2 of hummies decks…

Anyway to remove the middle section without compromising structural integrity ?

@evoheyax I just noticed that the lid cover the whole deck, is it also 3 plies of wood?

Let’s go through some info about hollow core decks:

The inside configuration can be one of two things:

Most so far have taken the box approach. This can utilize space better, but requires a stronger lid and stronger base to maintain its structural integrity. Often meaning carbon fiber. This means a board that doesn’t flex the same way as a 100% natural maple deck.

The other option is the one chaka pioneered. The channel approach.

Comprised of multiple channels (chakas was 3, mine is 2), the electronics are split, allowing for a center beam that structually supports the board both in torsional flexing and most importantly, providing support for the center of the decks base layers and lid layers. In this case, your feet are better guarded from your electronics and you have an overall stronger deck that won’t fail.

This deck may be thick, but most use a 9 layer ply board plus 22mm for an enclosure. In my case, I use 22mm for the inside and 6 layers of wood between the lid and base layers. Resulting in a thinner deck overall.

You may get more interest if you were to offer a battery built for this deck. I would certainly be interested.

Would an aluminium lid work best? Probably more expensive, but could be an additional purchase in the future

I defiantly plan on offering a battery build for the deck in the future. My goal is to slowly turn it into a complete 4wd board, possibly 2wd also.

My recommendation and my plan is to spot weld with 3d printed short circuit protector end caps. Then solder to tabs on the end between the 2 packs.

Before, I soldered my cells with 8wg into a 12s4p and it lasted over a year of almost daily abuse before I over discharged it like a dummy, lol.

The aluminum lid is a cool idea. But like Carbon fiber, it messes with the flex of the deck by stiffing the deck. I might mess with one at some point, considering that’s something I could cnc in house. Would thin the deck a tiny bit.

Yeah, that’s true, I tough that it had no flex

This deck should have a healthy amount of flex. Not bouncy, but not stiff as a rock like a carbon fiber deck.

Let’s see some pics with it all setup!

Still waiting on this sample so I can assemble one and show what can be done. Shouldn’t be more than a week.