so, I figured out my build and the last thing I need to know is if this charger will have the right connector to the electircity in my country, I live in Israel and we have the same voltage as EU but I’m just making sure, if I’m ordering it from the china warehouse will it work for EU or US? should I order it from EU warehouse even though it costs more? 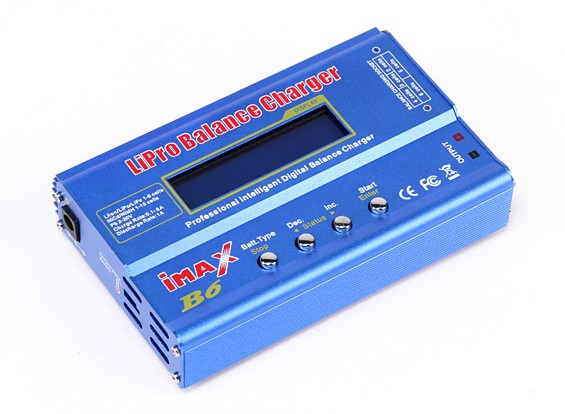 how do i know if i have a plug? and can u give me a link for the power supply? thanks in advance EDIT: so i looked online a little, will this charger do? 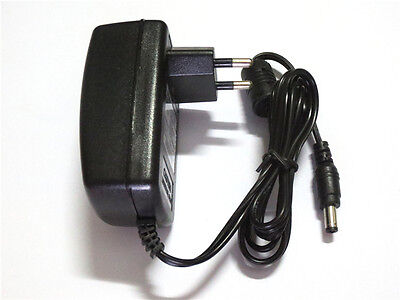 this is the connector i have in israel and the outpot plug looks like it fits the charger. am i not supposed to get the power supply with the charger? EDIT 2: so i found another one, this one is 12v instead of 18v, and it costs much lower, whats the diffrence? the charging speed? i really dont mind a few extra bucks, but if theres no diffrence i dont see why spend more on 18v

Find many great new & used options and get the best deals for New Plug Adapter AC100-240V To DC 12V 2A Power Supply For 3528 5050 Strip LED EU at the best online prices at eBay! Free shipping for many products!

No, there is no difference I think, SEARCH

didnt find any diffrence, ordered the 12v thanks for the help

12v 1A adapter. You are going to have to charge very slowly with that

so should i order the 18v? the 12v one was less than 2$ so its not a problem to order another one… which one is the best for charging? edit: its 2A btw

Find many great new & used options and get the best deals for New Plug Adapter AC100-240V To DC 12V 2A Power Supply For 3528 5050 Strip LED EU at the best online prices at eBay! Free shipping for many products!

is it ok? i really need to know because ive already ordered all the parts exept this

Are you charging 6S packs? And of how much amps? Then I can estimate you a charging time 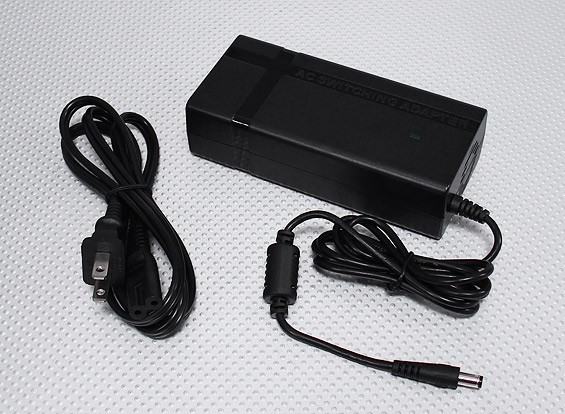 but this one has a us power plug…

Then you are going to need something better like Aggdaddy suggested. The one you ordered delivers best case 12v x 2A = 24W. And to charge 6S (3s+3s in series) you need 25.2V charging at 1A that is 25.2W. And this is not considering losses. That small adapter is going to sag if you try to draw 25w, triggering the low power safety in the imax. And even if it doesn’t this will take more than 8 hours to fully charge the battery. If you want to charge your battery pack at 5A which is the maximum of the imax I believe, you are going to need 25.2V x 5A = 126W plus losses at least you will need a 150W brick. If the brick is 12V it should be rated for around 13A. The one suggested previously anyway, is good for charging up to 3 or 4 amps probably

So you basically have a 6S 8Ah, if you charge at 1C that’s 8A and should take an hourish to charge at that rate, but at 8A with 25.2V fully charged it would be 25.2*8 = 201.6W of power delievered to charge at that rate at that voltage (normally the voltage is lower but good to talk worst case scenario). If your power supply only delivers 12V * 1A or 12W from the get go then your ability to put that much power into the battery isn’t going to be there.

You just need a power supply that can get the W delivered to the charger so it can charge your batteries as fast as it can (usually), also need to take into consideration the max A or W of the charger itself as that is probably the limiting factor (as is the case with the imax b6). I have a similar charger but with a built in transformer and does 80W pretty sure it was $40, I can charge 1 5S (21V) 5Ah battery at a time at 3.6A (75W theory peak) with a fan pointed at the charger to keep it from doing a thermal shutdown.

Ok, so can someone just link the power supply ill need? doesnt have to charge in 1 hour, 2 is fine too, just somewhere in that range. with EU plug too, becuase the one u linked has a US power plug

Basically you just need to find a combo of A and V with the right connectors for your wall and the device. Not in Europe and I don’t have the charger so can’t really recommend anything in particular.

Also on the charging side of things at 50W that means you can charge the batteries at a max current (A) of probably 1.7A so for 8Ah it’s going to take quite a while (especially with balancing) You might want to double up on these chargers so you can do them at the same time and increase the amperage for both as well otherwise you’ll probably be waiting a lot or tempted to charge overnight which is an awful idea.

You’ll need to spend a bit more to charge those batteries at 1c from what I see on HobbyKing. The adapter I posted and charger you have is a starting point. Much better options available.

The cheapest charger that I could find that goes higher than 6amps is $127 on Hobby King.

As far as US plug, I’d recommend looking for adapters to match your power requirements for your area.

You’ll need to spend a bit more to charge those batteries at 1c from what I see on HobbyKing. The adapter I posted and charger you have is a starting point. Much better options available.

adapters are really expensive here, id really prefer one with eu plug ready to use, but if i have no choice thats what ill do edit: found this on ebay, but i need it the other way around, do you think itll work?

Find many great new & used options and get the best deals for 220-240V to 110-120V Power Converter Adapter Voltage Transformer for Travel Hot at the best online prices at eBay! Free shipping for many products!

I’m not sure if you have your charger yet or could return it. This one looks like it will take care of all your needs.