While it’s illegal here, what is your actual experience? I very rarely see police here in Aalborg, however the thing I worry about is that I don’t really see any skateboards/longboards (except for skatepark) so I would quite stand out on bicycle paths.

Put your super secret ride spot on the map…lol

Put your Ride Spots on the MAP!

A while ago I made this thread…But it was missing something…a MAP! So, I was inspired by @DeathCookies global map of our little Esk8Squad…I decided to create this MAP… https://drive.google.com/open?id=1WvdewFUp0bUnrexDFlvTqGuhT9I&usp=sharing ...

huh? I’m asking whether police here in Denmark actually gives a crap seeing people with longboards while they are illegal to ride here on bicycle paths, etc

I often ride in Odense, and I haven’t been stopped yet. Everyone gives you looks, I even rode past many police cars, and they will surely look at you, but they have other stuff to do than stop a longboarder…

I have used longboards for transportation for many years in copenhagen C and i have not even gotten stopped once.

Been riding my boards for a good few weeks now, in a Aarhus

Police has stopped me a few times, no tickets so far only got asked what i wrote and how fast it was.

So id asume its pretty safe to drive around in Denmark.

hey fraannk, i just moved to odense and wanna build one soon, have you still not been stopped?

Any riders on Sjælland?

besides from the fact that it rains 60% of the time so, if you want to ride more than 2-3 days a week you have to seal your board completely. But yeah it’s pretty awesome here, now that it’s almost completely legal. Here is a picture of my communte to work. 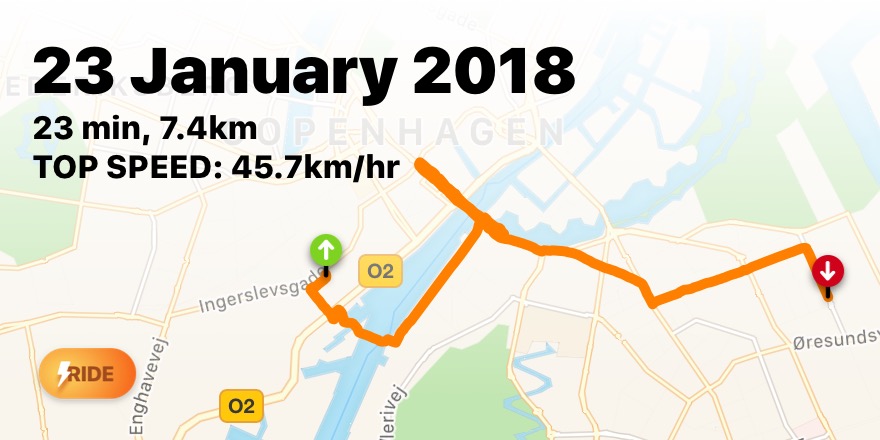 I feel ya Im from sweden near Malmö

@Bjork3n from Helsingborg and I were planning to do a ride this year, maybe in Copenhagen wanna join?

Sure thing, all those fkn group rides in the US we never had Good once in scandinavia

Nope, not at all. Me and a friend often ride in Odense C and there’s no problems. There’s too wet here right now though, so I haven’t been riding as much. I ride whenever I get the chance!

i know this is off topic but is there a way we can keep in contact? im really looking forward to ride with ppl

Only for people living in Denmark ! Facebook gruppe for folk med elektrisk skateboard i Danmark

Hi everyone, I am in Aalborg (Denmark), I know this might be late but only found this post today. I have been looking into eSkateboards but have not found anyone here to talk to, or ride with then today I saw a guy flying up Hobrovej on definately an eSk8. Unfortunately I did not have the chance to stop him.

I would really like to catch up and talk with anyone in Aalborg riding a eSk8 board. I have a little kite shop on Hobrovej 93, called Kiteworld, stop by for a coffee/tea/water.

Yo, I am in Aalborg as well. Although it’s not me you saw since atm I’m looking for a part and can’t ride

Hej Karosass1 the Danish groups on Facebook for eSk8 are really good.

The Denmark group has some parts up for sale.

Only for people living in Denmark ! Facebook gruppe for folk med elektrisk skateboard i Danmark

Yeah i live in greve, maybe we could figure something out? @Emil juhl on Facebook