Working on my second build. Had hoped to make something lighter than my first build but have clearly failed. This one is exactly 20lbs, whereas my first was only 16lbs. My original plan was to put a single 6373 motor on this, but while waiting for the Spud deck to ship I grabbed some Hummie’s Hubs and they are contributing to the weight gain. Started by sanding down the deck slightly to make a better fit for the 11S3P battery inside @Eboosted’s enclosure. I also found some really nice “D” weatherstrip that I placed around the edge of the enclosure for a good seal. 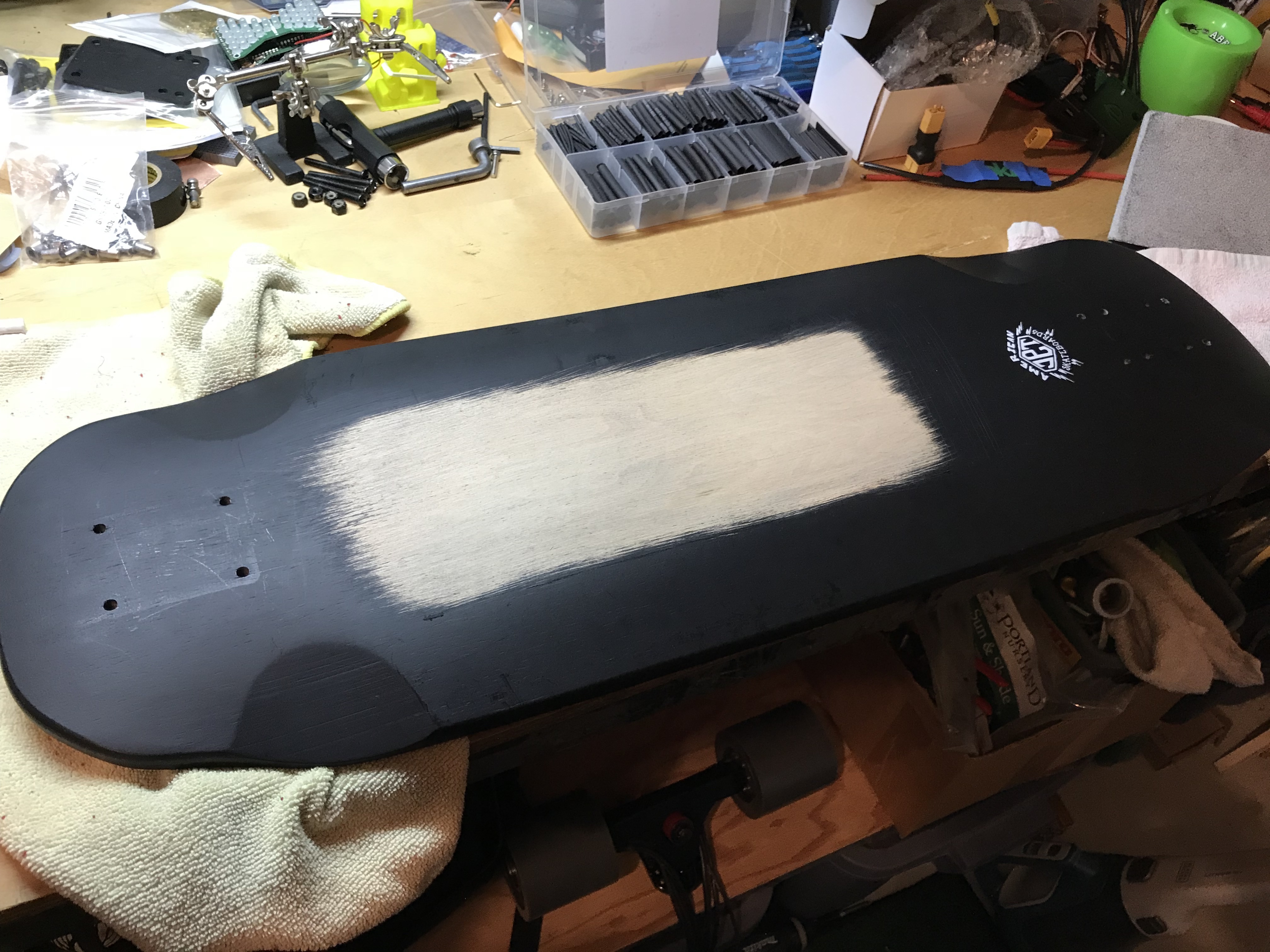 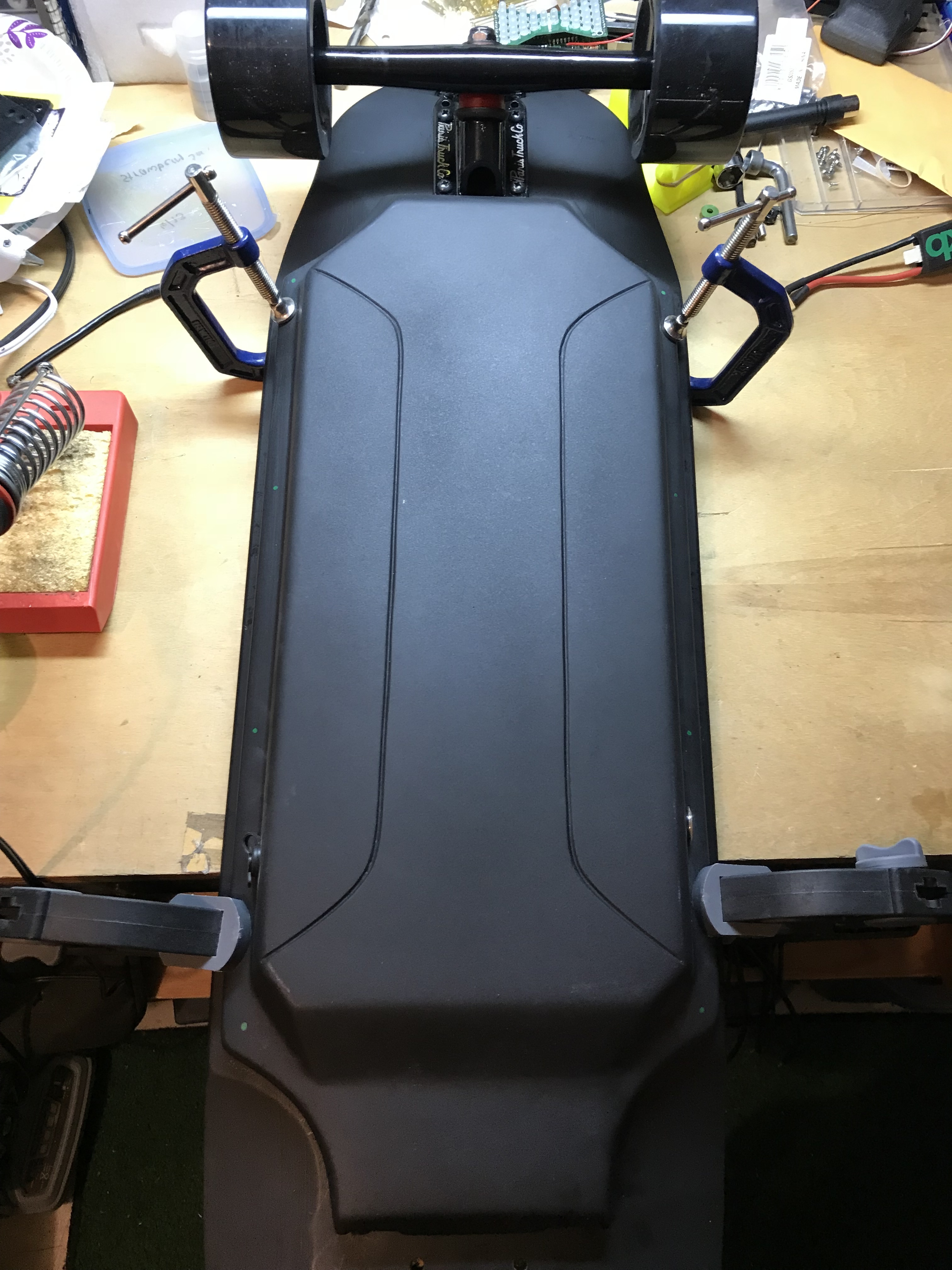 1b_enclosureDrill3024×4032 2.11 MB
Then I sprayed the deck with a fluorescent green spray paint, and sealed it with a clear spray coat 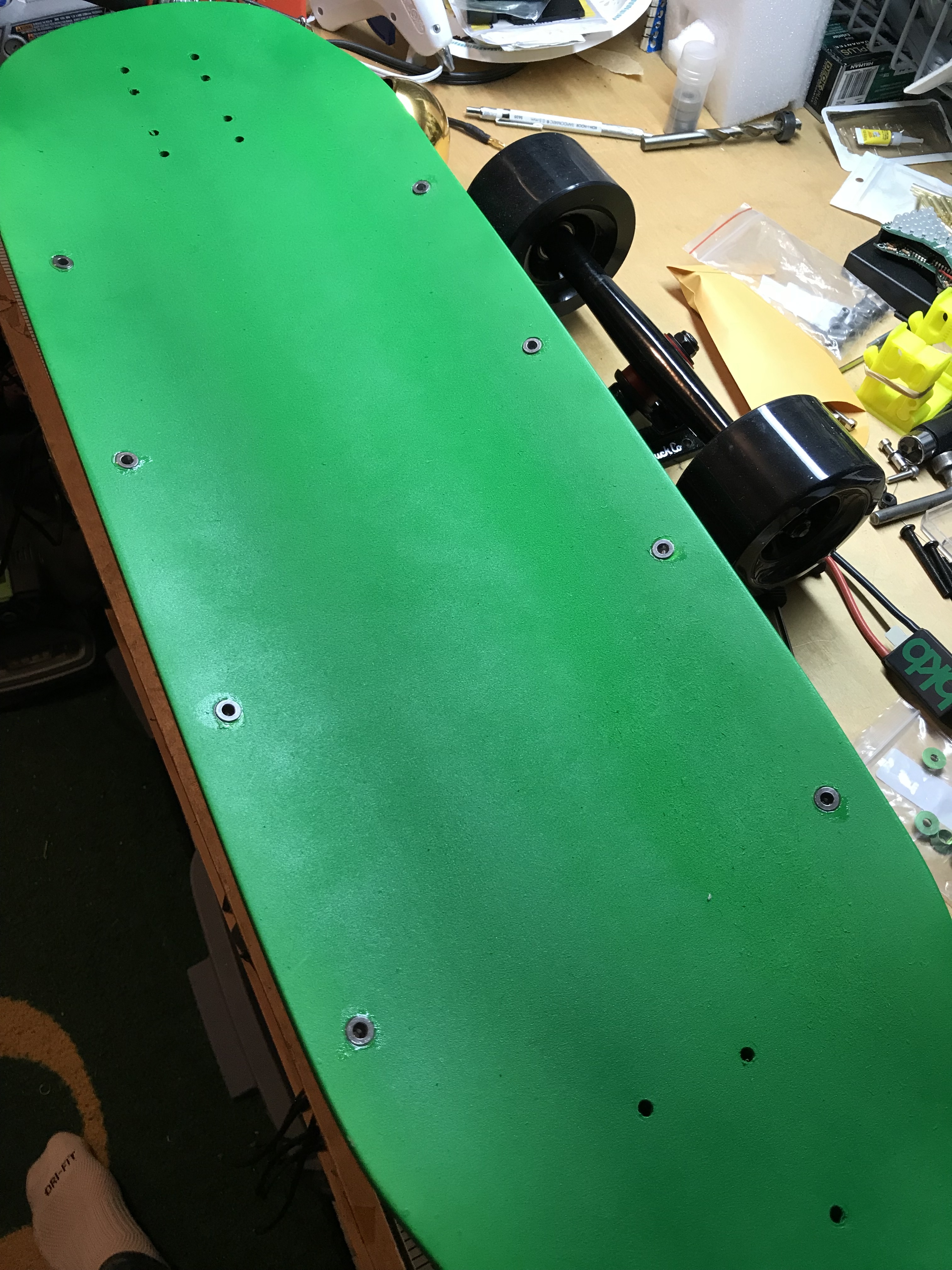 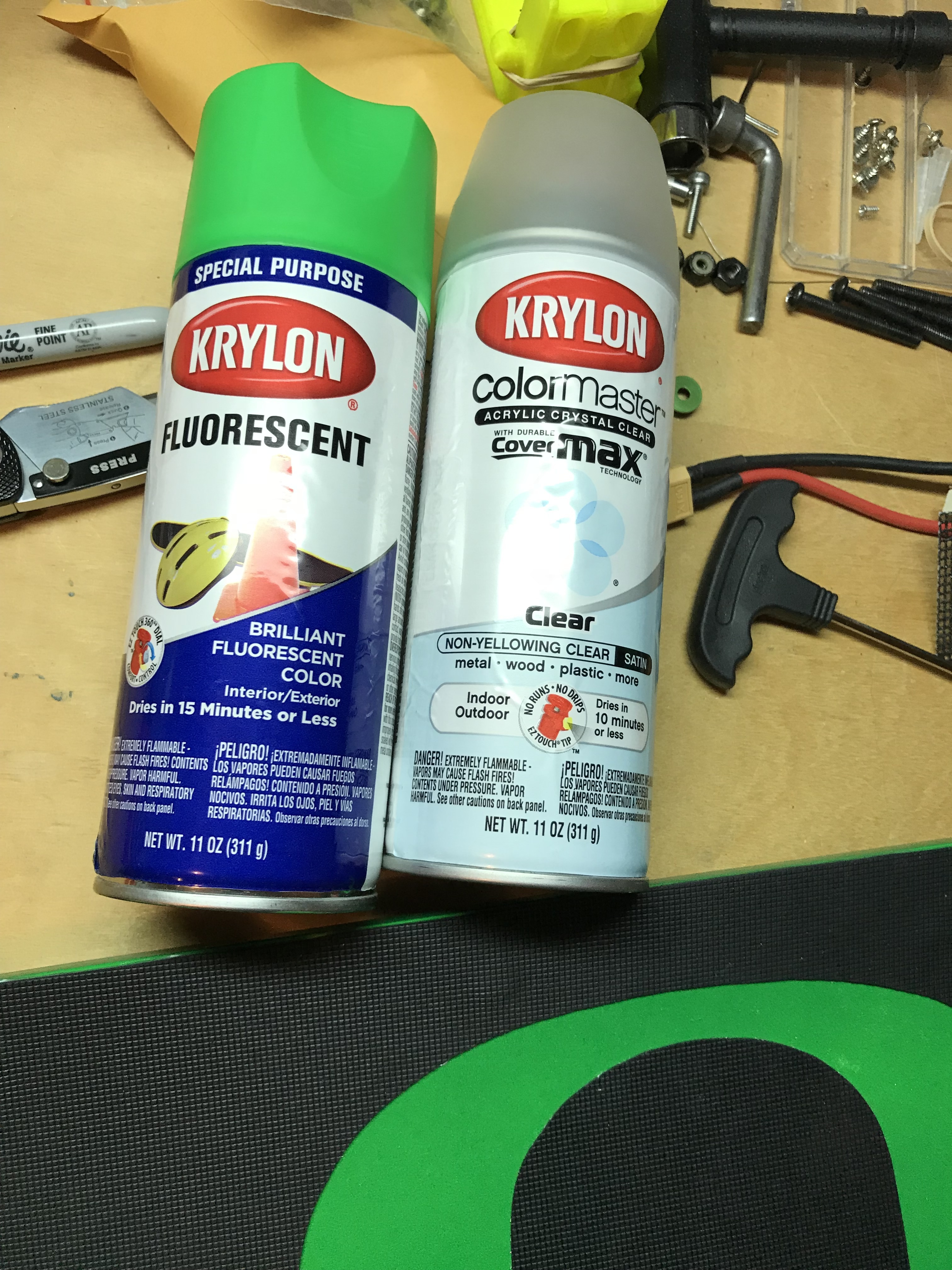 6grip3024×4032 2.76 MB
I tried to inset the rivet inserts with a dremel bit. It did a decent job, but I would have liked to have set them further down into the wood because they still caused a slight bump under my griptape: 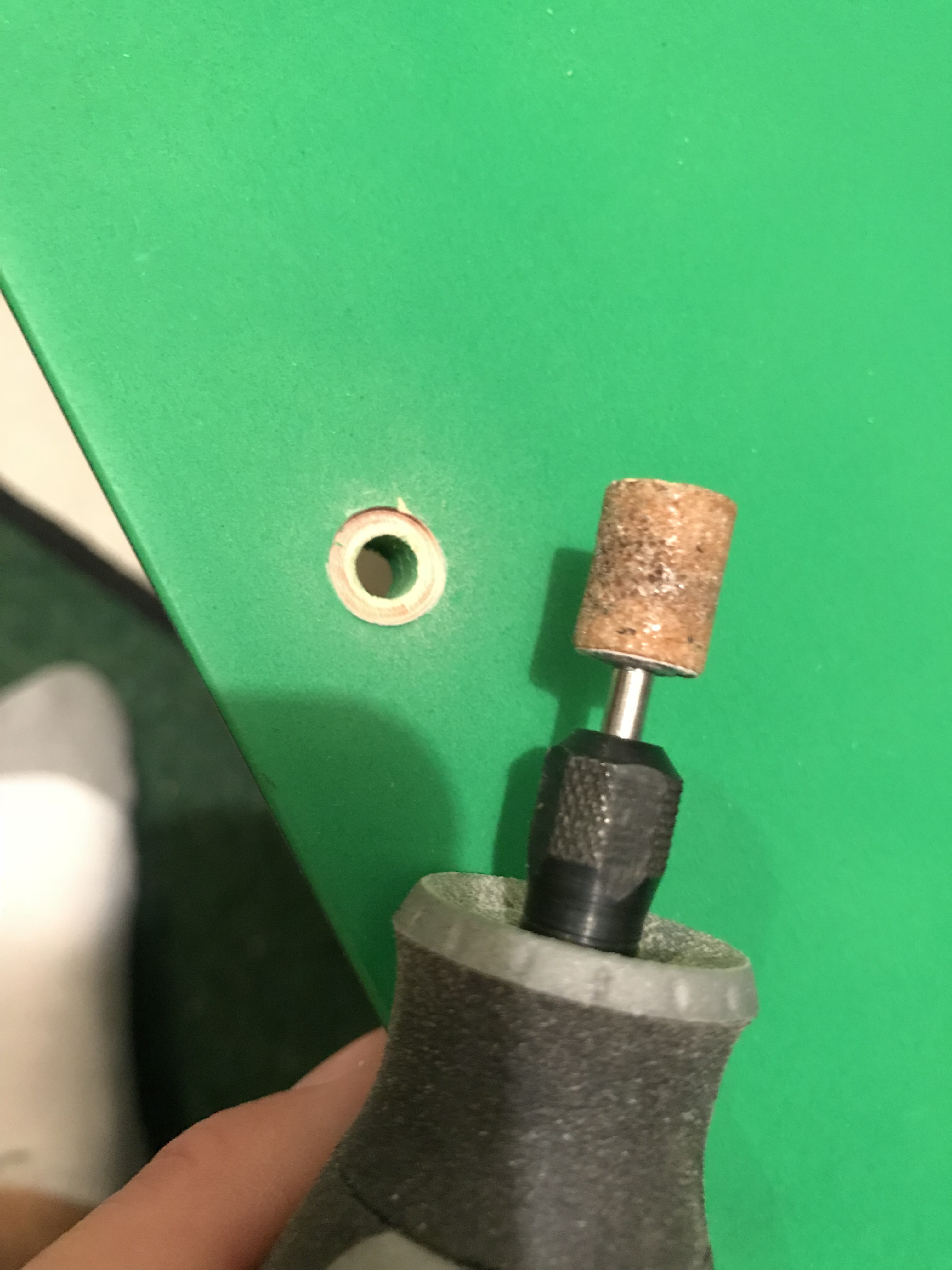 3deck3024×4032 1.63 MB
For the griptape I decided to try the rubber DKL grip I heard about on this forum. I hated how abrasive traditional tape was. I can ruin a pair of pants carrying the board under my arm. So far I really like the DKL. It was easy to cut. The only downside I’ve found so far is that despite sanding the edges after cutting it it is a fuzz magnet. All sorts of cat hair and fuzz and debris have been sticking to the outer rim of the deck. The DKL grip was only 9" wide, and the Spud is just slightly wider than that, so I devised a split design incorporating the logo from the University of Oregon: 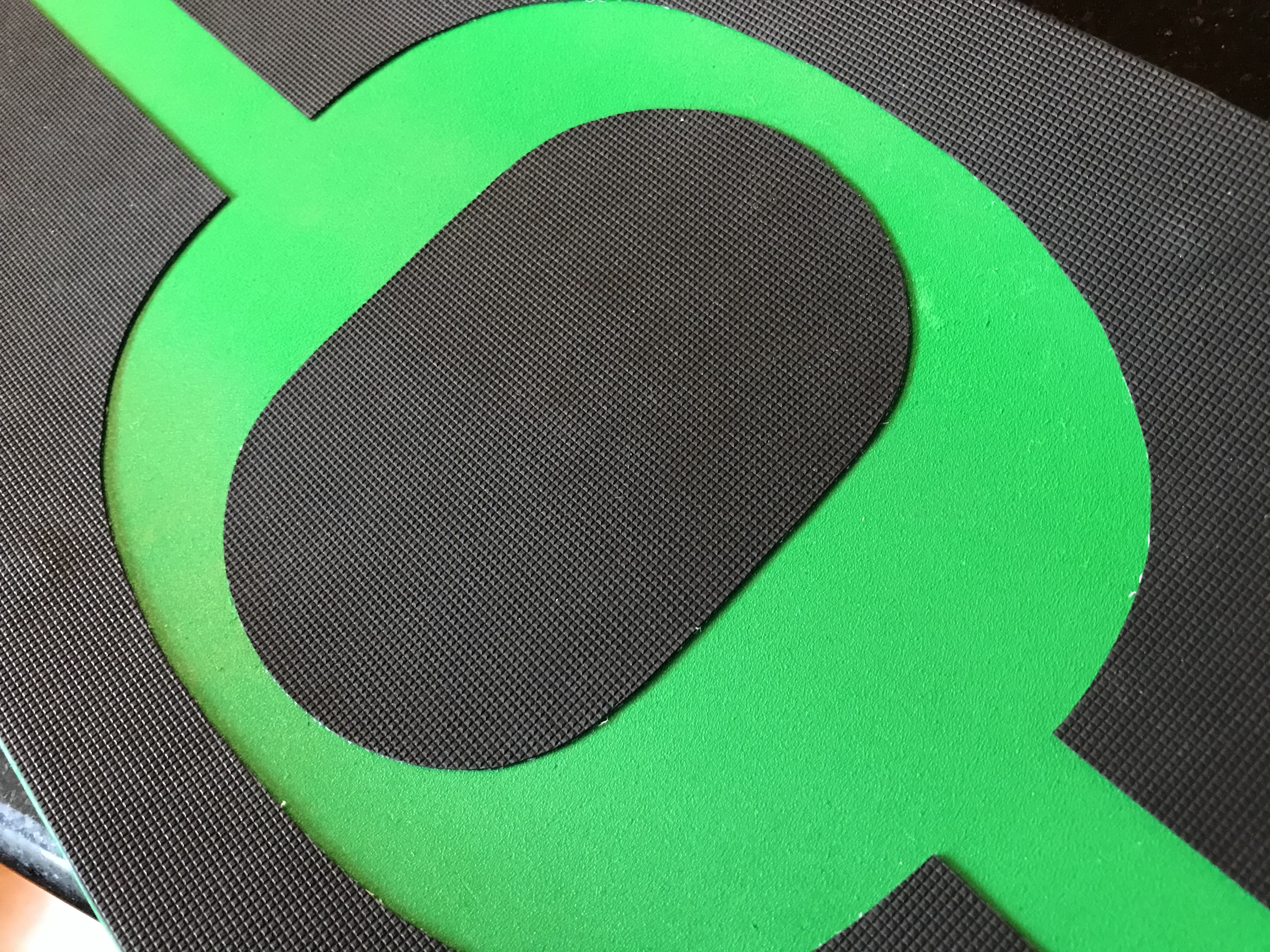 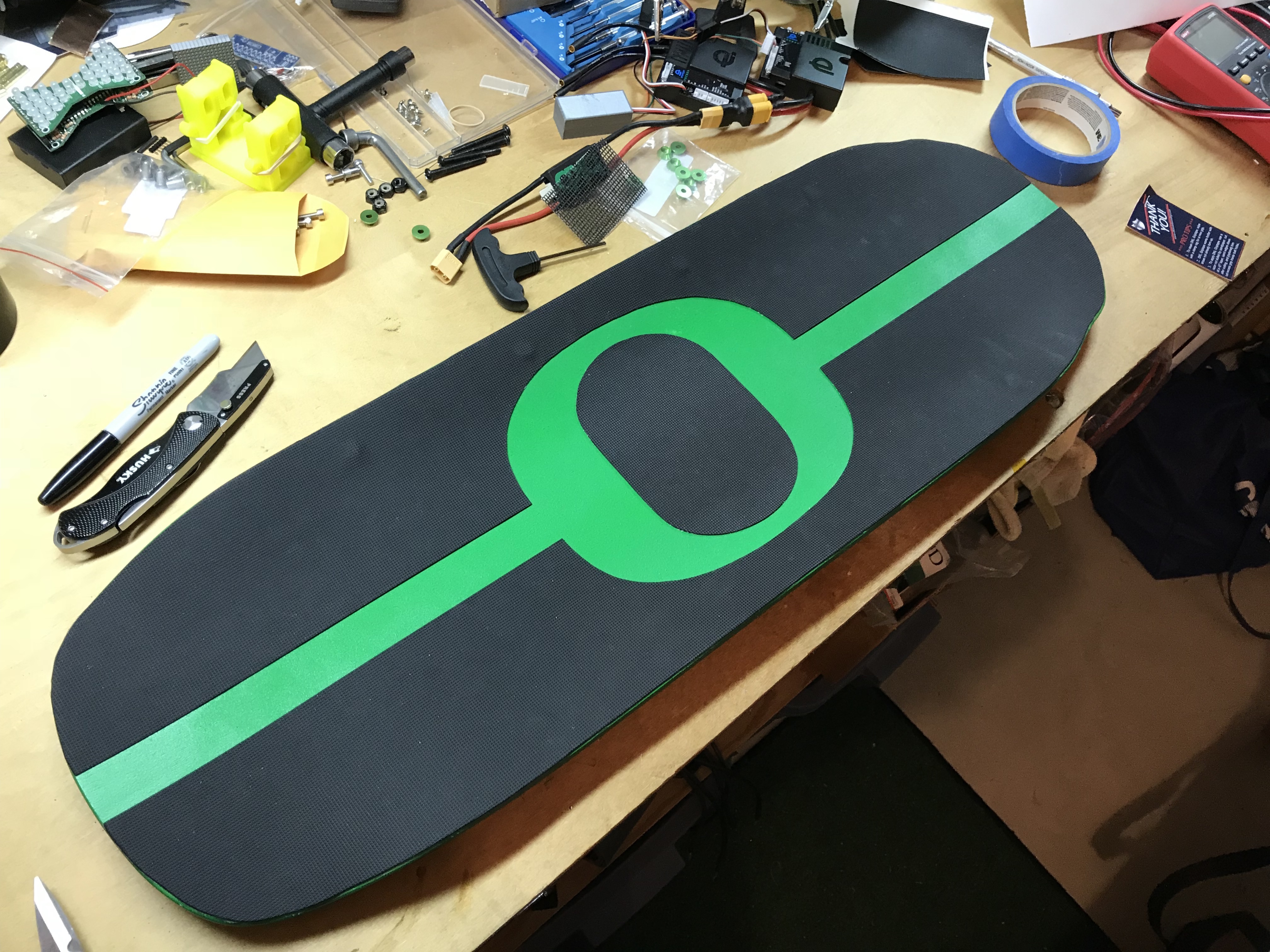 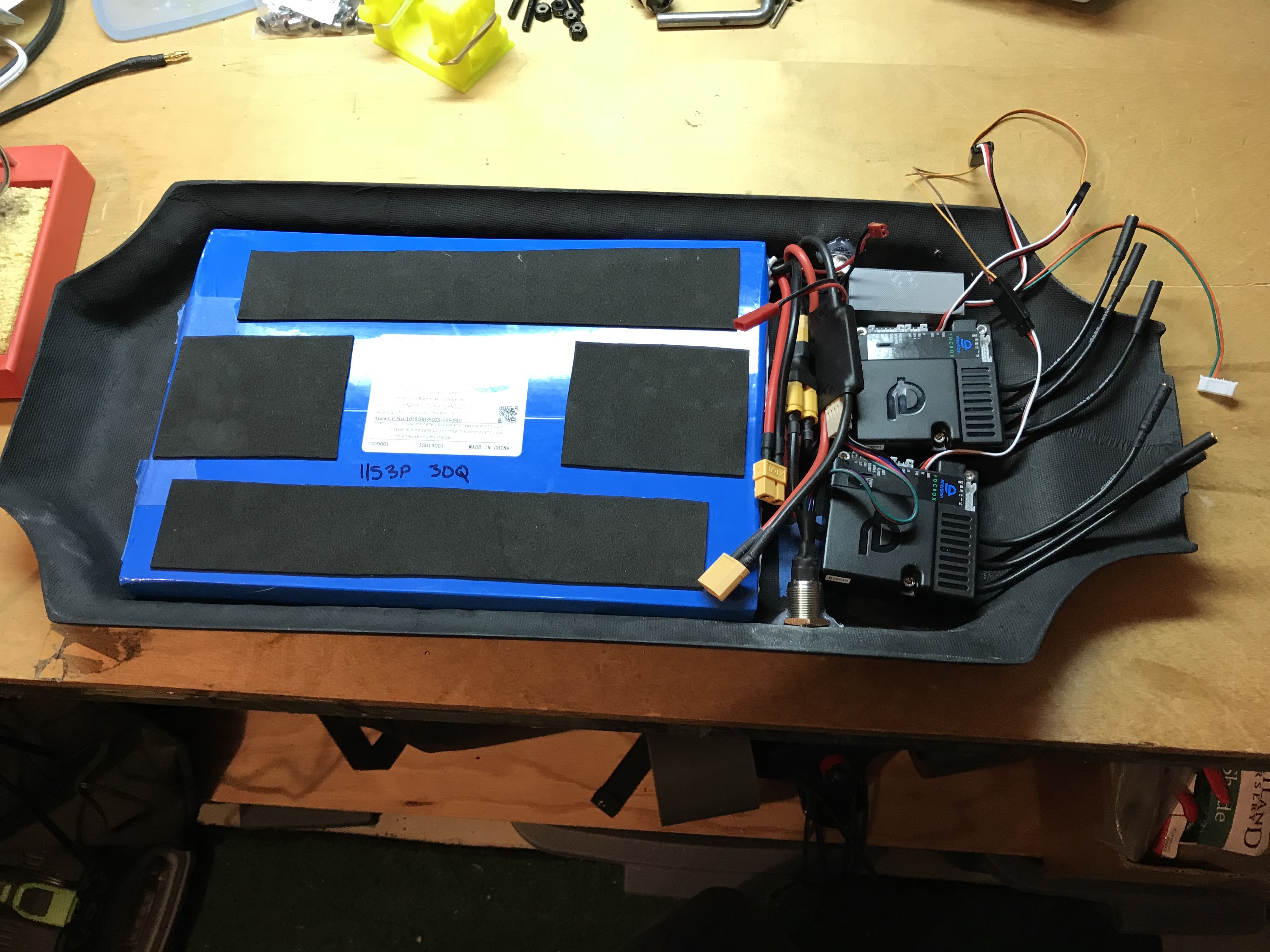 5enclosure4032×3024 1.93 MB
I didn’t need the clearance provided by the 1/2" RipTide tunnel risers, but I loved how they helped organize the 6 phase wires so I’ve left them on for now: 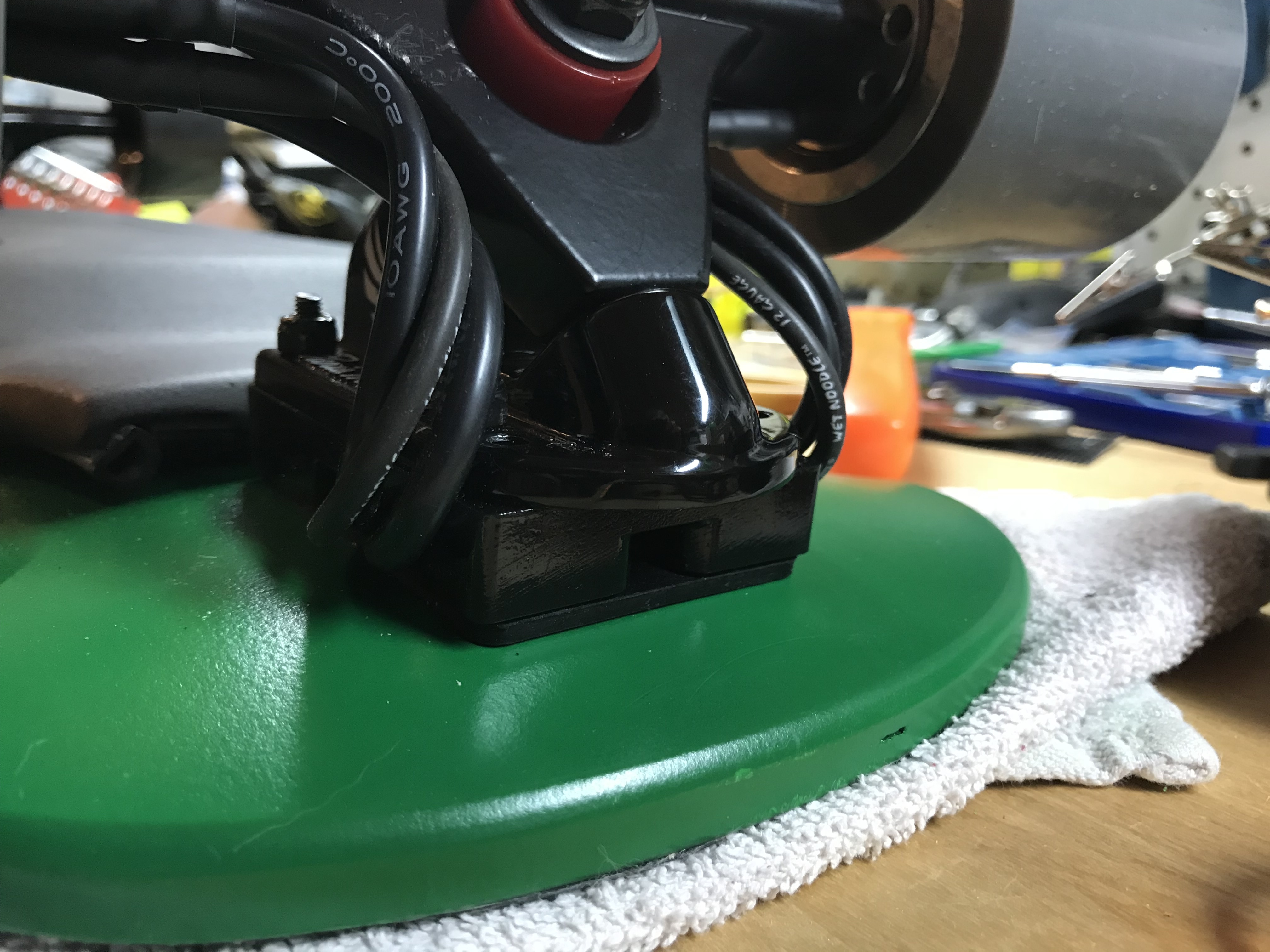 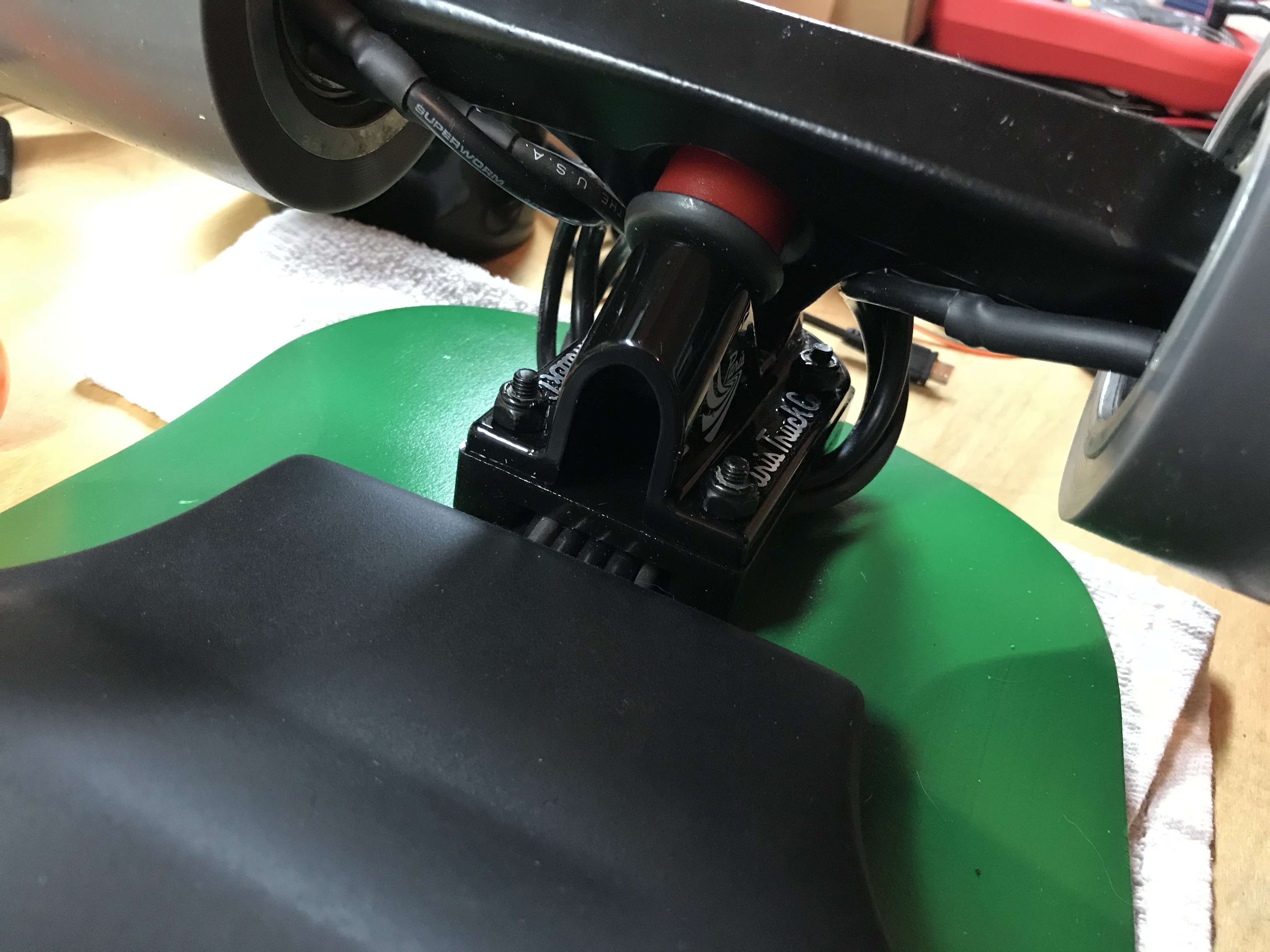 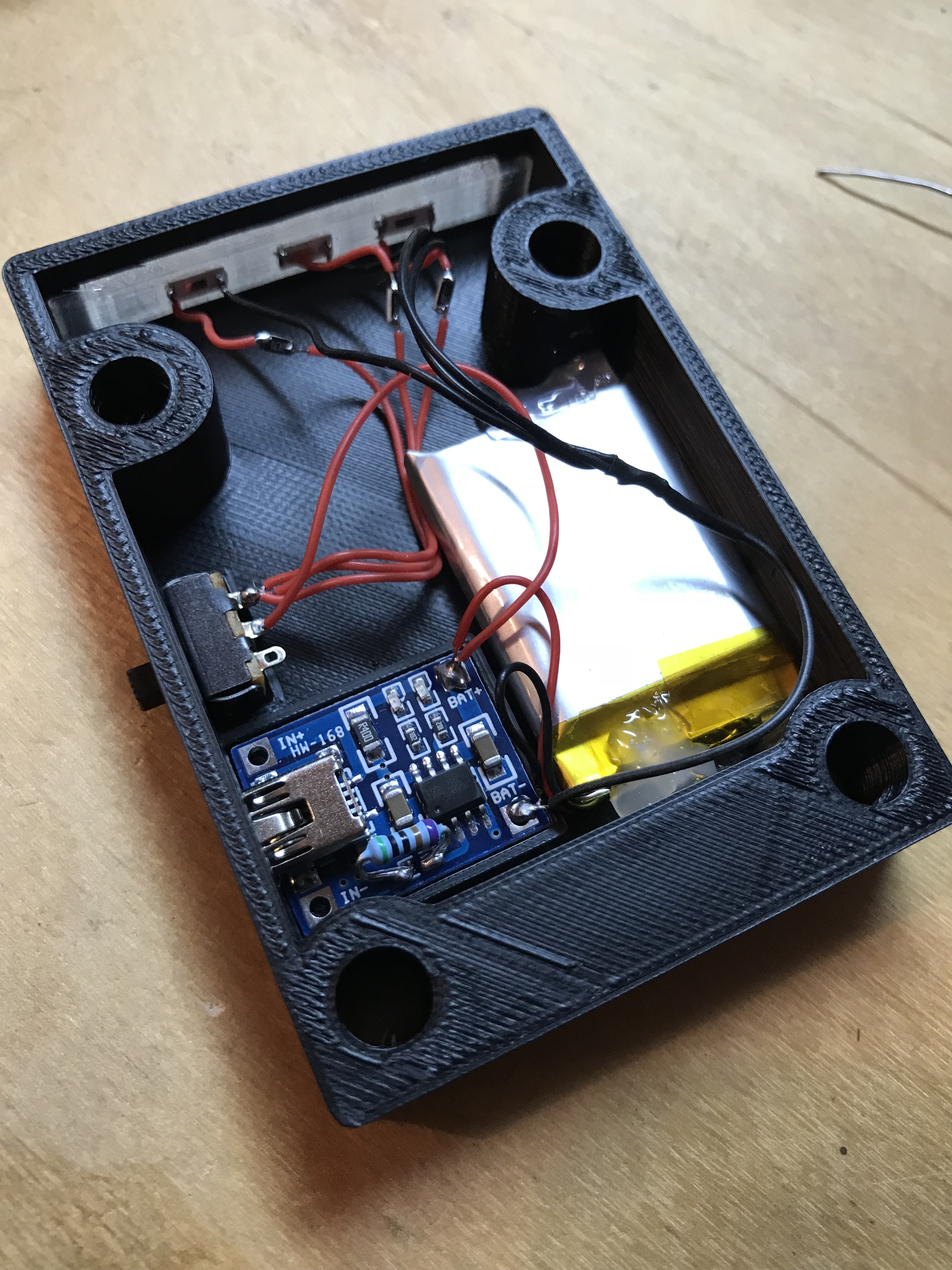 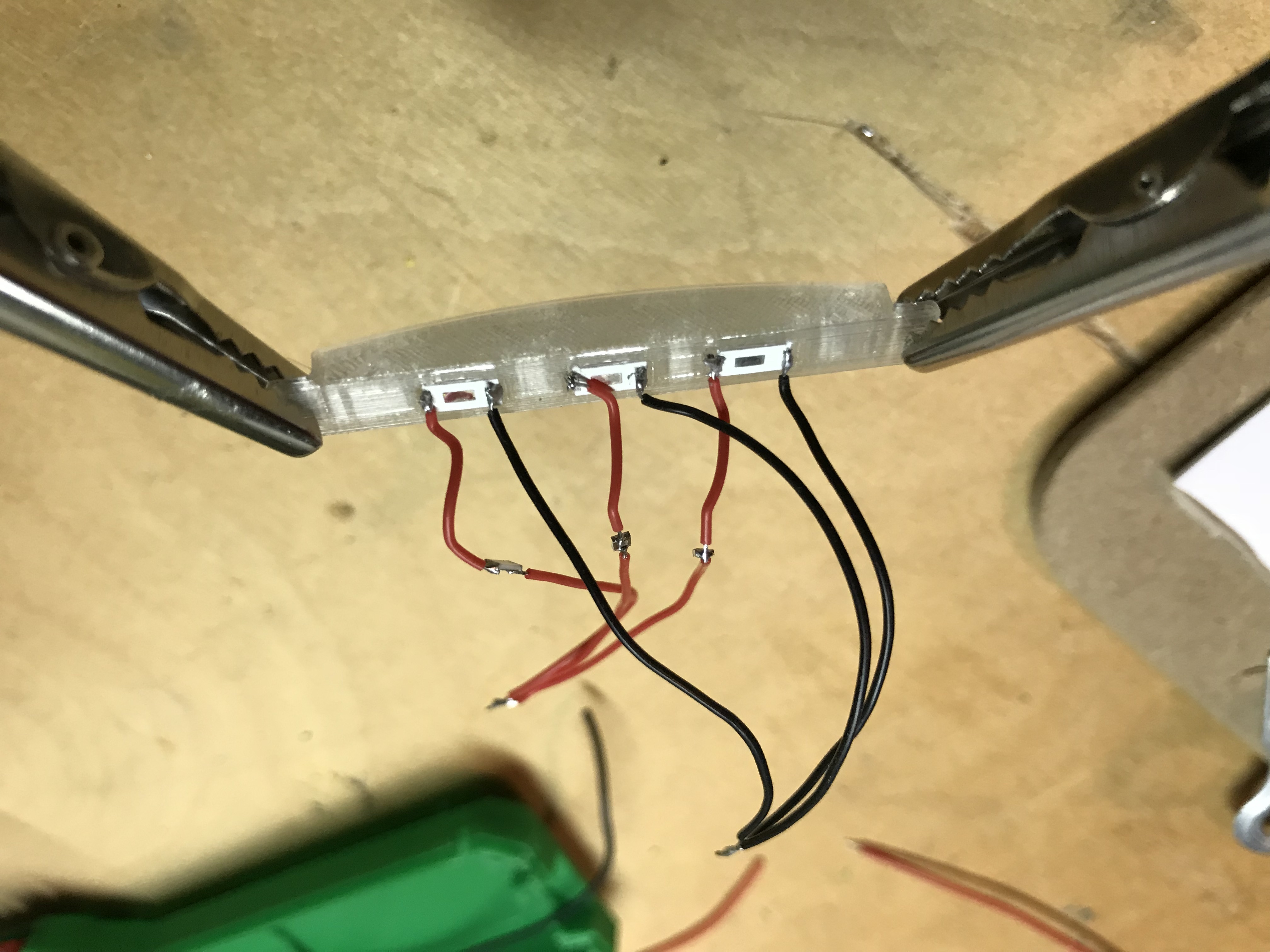 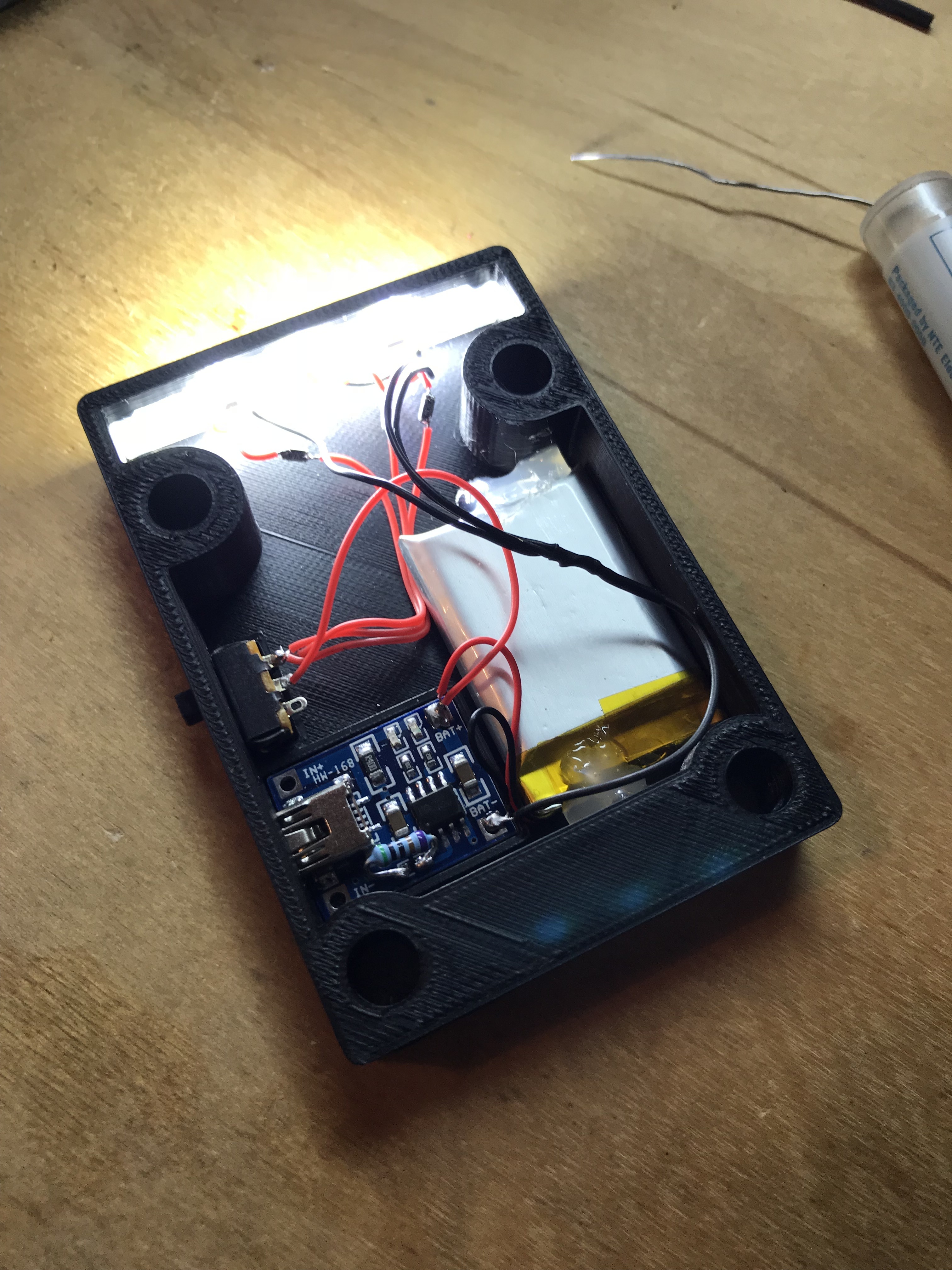 light33024×4032 2.53 MB
While I was waiting on parts I also put together a Firefly remote with a parts kit from @SeeTheBridges. I reprinted the outer case/knobs for a green and yellow look: 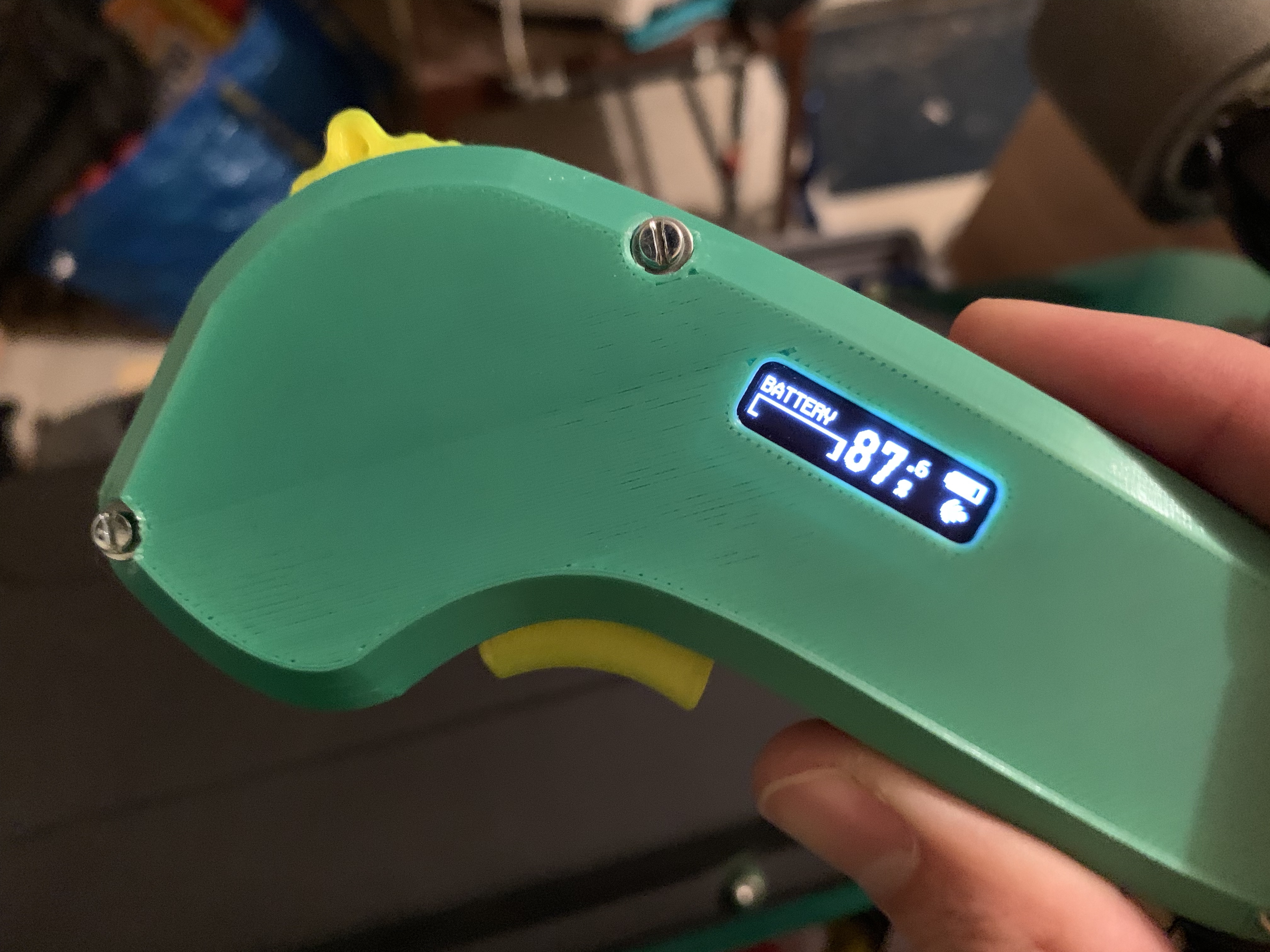 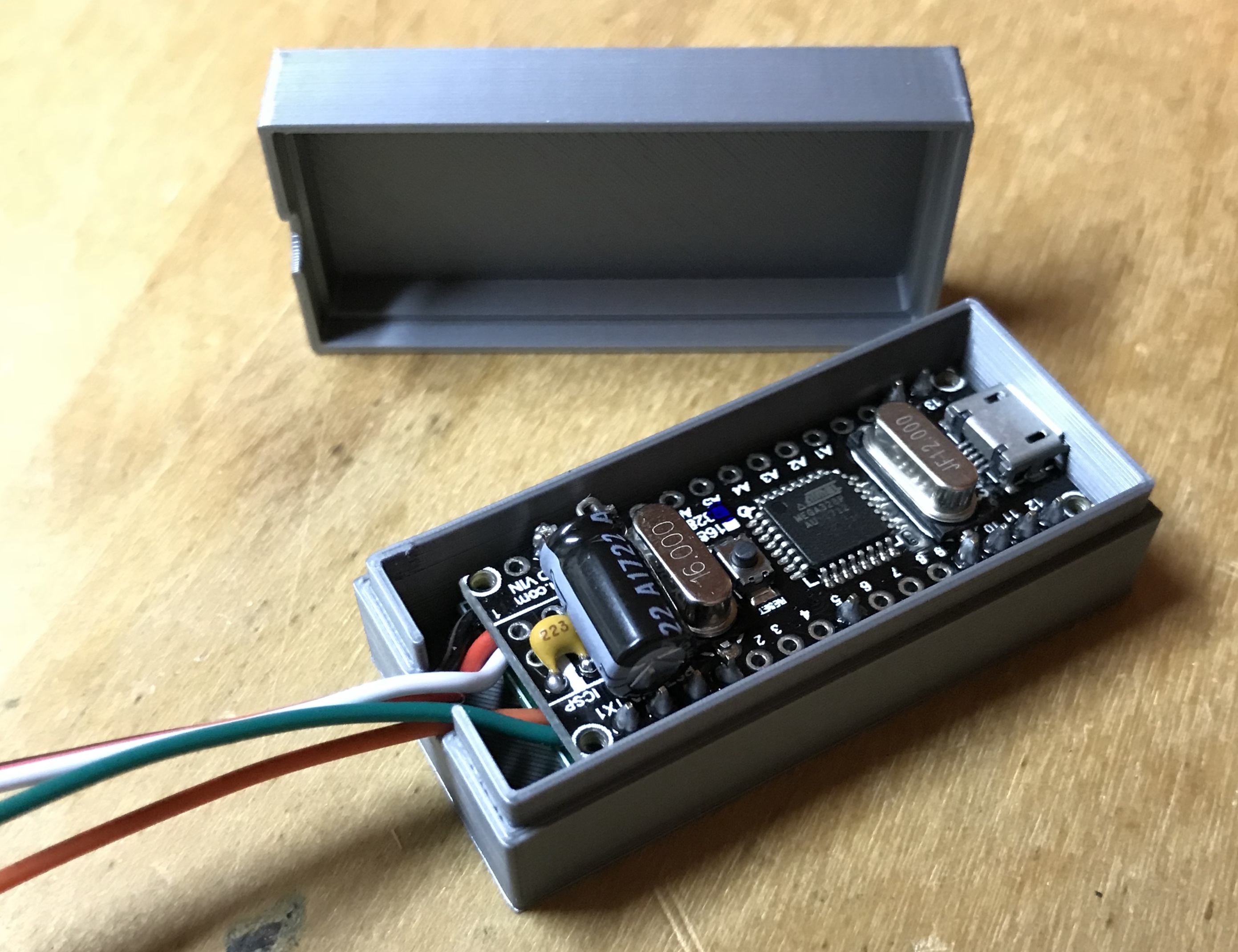 Underneath I put some green washers on each M3x20mm bolt: 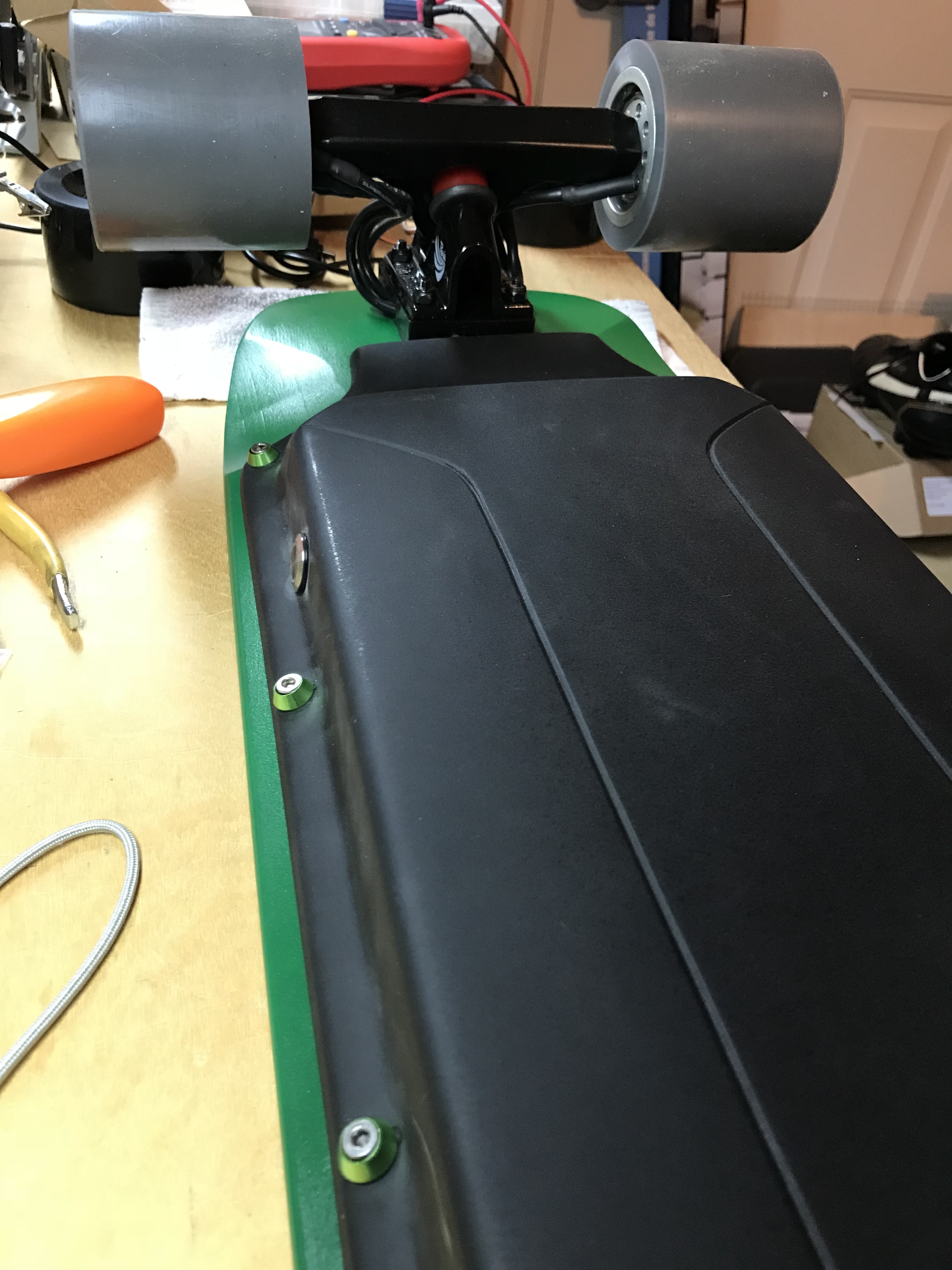 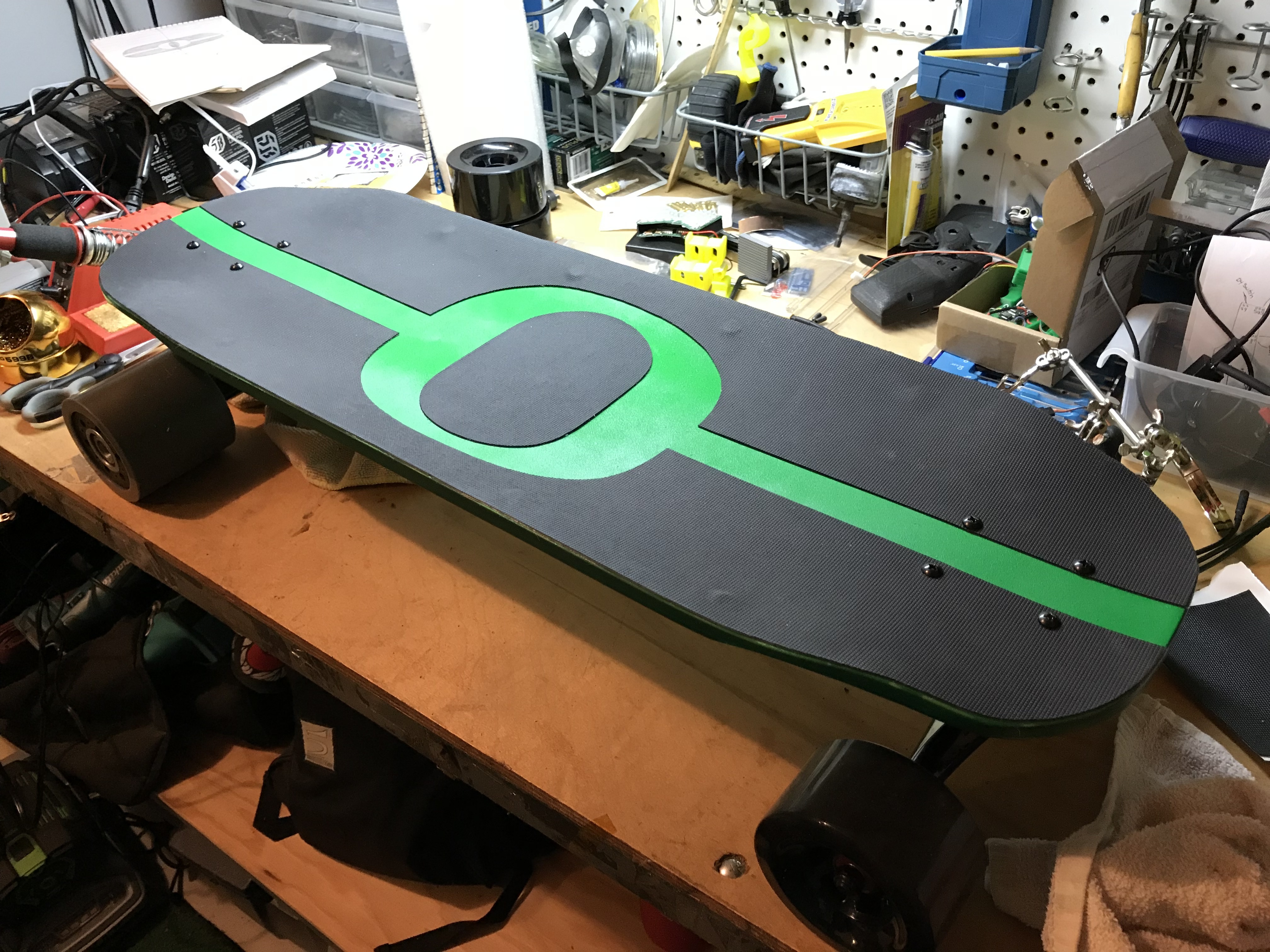 I’m having issues with the Hummie Hubs now. Not a very smooth ride at all so far. When the board is off, one side of the hubs rotates freely by hand without much resistance, while the other side really “clunks” from magnet to magnet. Not sure why they are so different. I couldn’t get them to detect in BLDC so I’m running them in FOC right now. Start up is really jittery. Have to push kick before I can get them to move. On my old board (belt driven single 6373 on 10s3p) I could easily start from a standstill. This one feels like a step back. No low end torque. I don’t know if I have a defective hub or this is just what you get when there aren’t sensors on the motors. If anyone has advice I’d love to hear it. I think I’ll message Hummie soon, too.

one side of the hubs rotates freely by hand without much resistance, while the other side really “clunks” from magnet to magnet.

Check your phase wires. If they are touching, they will spin with resistance.

I couldn’t get them to detect in BLDC

Nice build man! Love those little spud decks. Did you up the duty when detecting? Unsensored should pull smooth with a tiny roll. Like moving your foot back and forward then stepping on. It should also pull from stop if you go full. Make sure you’re ready though or sore butt.

U can send them back n I’ll send u another set. I don’t know what it is. I have been testing everything before going out by simply running in the live data on foc. Will it do that? Any speed.

that is not the experience I’ve had with Hummie hubs, I think something is probably wrong. I almost got thrown off when I tried @Winfly’s set because I wasn’t expecting the torque, and his board is considerably longer than the spud.

Do you have the Japanese bearings?

I’m using 60 motor amps, but only 30 battery amps on each focbox. I’ll give your suggestion a try

Do you have the Japanese bearings?

No I went w/ the regular bearings. That could be a factor. I’m going to ride it one more time to see if I can loosen things up by giving it some more revolutions. I also tested the resistance between each pair of phase wires, to make sure there wasn’t something wrong w/ my bullet connector soldering job

can affirm that all motors are tested. if it clunks it could be shorted phase wire or not enough clearance between magnets and the stator. unless you have all the tools at home I would recommend sending them back.

I love the rechargable led design, I’d like to do something similar for my spud.

(this is really cool but like) you’re standing on a LiPo…!?

you’re standing on a LiPo…!?

Yes, technically true. It’s a 450mah battery, but it’s not as tall as the inside of the riser, and I’ve added pretty hefty supports around each of the bolt holes in the design. Printed in ABS. I don’t think I can crush the riser enough that it smashes the Lipo…and if I did I think I’d have bigger problems

Gotcha, what Leds are they and are they bright at all? You got any links?

Nice build. I really like the grip tape and headlights. I’ve been tempted so many times to build a hub motor board. How does the power fell on 11s3p? I live in a somewhat hilly area.

I’ve never been able to get the top side screw inserts consistently flush with the deck, so I do them do them street side with tape around the drill bit so I don’t drill through the deck. Even if you do accidentally drill through, it’s easy to fix with wood putty or resin, etc.

You got any links?

Yep. All the build details are posted in the description on the thingiverse page https://www.thingiverse.com/thing:3045167 It’s pretty bright. Bright enough that I can see about 6-10 feet in front of me at night. Too bright to look directly into it

I’d say that I haven’t honed it in enough to say for sure what I think about it. My only comparison is the 10s3p build that I finished 6 months ago, but that was a single motor. I need to play with these hubs a bit more before I can rule out whether something is wrong with them or whether I just need to find the right VESC settings

Start up is really jittery

increasing the minimum amp setting can help with this, I think the default is 1amp, but you could try it a bit higher like 2 or 3amps. You can in BLDC anyway, not sure about FOC?

I just tried to detect in BLDC and a giant spark shot out of one of the motors! That doesn’t sound good. I put it back on FOC and it still works, but I’m not sure what the spark means. I’ve never heard about that happening. I better get the master to take a look at it

Crazy. Can u give the resistance n inductance numbers from the foc test n see how it does in live data? A giant spark… from where exactly. Or just send them. N it’s runnung in foc now? What settings.

I saw this and got excited that i had someone local to ride with. In eugene you are not… damn. Good looking spud