After what feels like ages my build is finally (almost) complete!

Its rideable, but I am missing some bullet connectors to get the second motor running as well. In Korea some stuff is more difficult to get than you would think.

I will try to make this as comprehensive as possible, because these build threads helped me the most in doing my own build.

This is an EU build (even though the board is now in Korea), so all the major parts I got are actually available through european vendors. This brings the total cost to about 1395€

Problems in the building phase:

This is in no way supposed to weaken the accomplishments of this amazing community. It is more a personal learning for me. I enjoyed building my board for the most part but I am probably just not “that kind of guy” that would do this more than once.

Now that this is said, I am actually still having problems with my built and hope you can help me. I have an alignment issue with my belt. I made a little video explaining what is happening and hope somebody has a solution. Here it goes. 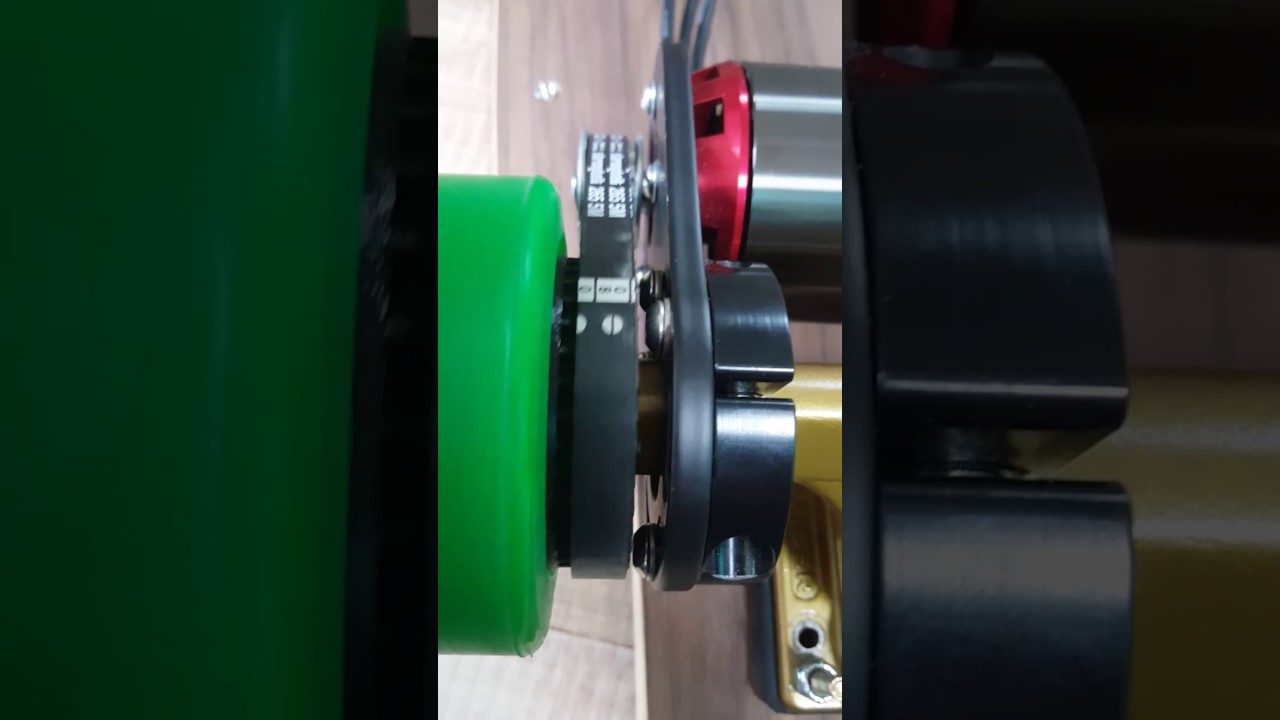 Thanks for sharing you knowledge and help so openly without this community I couldn’t have done it. Stay awesome!

All of you have a wonderful day!

Could you provide some pictures of the finished build?

Maybe your motor pulley is the problem. You slid it too far in.

If you pull it out 1mm or smth like that, I think your motor pulley will align with the wheel pulley and this problem will disappear.

You´re right, if you´re in EU, you´ll have some problems getting things cheaper in total, than buying one complete. You have to have patience and order some things from china, sometimes US and group buys.

To your alignment problem. If you can´t get your mount closer to the wheel, try to get your wheel pulley a bit more out.

@kampfhahn I will make some pictures later today and upload, totally missed that haha

@TarzanHBK and @jujet actually the motor pulley sits flush with the outer circlip, the only way I can pull it out more would be to remove that circlip and have nothing there anymore but air.

I actually used red loctide to make sure the pulley doesn’t move anymore, If you guys think its safe to remove the circlip and move the pulley farther out I could find a heat gun somewhere to loosen the loctide and move it further out.

Another Idea I had was moving screws that have less pronounced head, if that even exists…

It should be ok if you move the motor pulley a bit towards the outside. As long as 95% of it is in contact with the motor shaft, you should be ok

You can move mount even closer.

I had a similar problem when I installed TB’s V4 mount. As long as nothing is wobbling you can move the mount closer. I also used washers under the screws the first time then removed them as they weren’t needed with loctite. Then I could move the mount even closer. Good luck and nice build btw

First of all sorry for not including any pictures of the finished built up until now, I wanted to install the second motor before taking pictures.

I habe removed the washers from the screws (while using loctide to secure them) and moved the mount as close as possible to the wheel pulley. Now the belt doesn’t scratch on the screw anymore, thanks for the help!

But now I have another (maybe more major) issue: I attached the second motor, configured everything, tested both wheels turned at the same time ~nice. Then I disconnected the Vesc, removed the USB Cable, turned of the Space Cell (in that order). Next i disconnected both VESCs from the power source for rearrangement inside the space cell enclosure. Got everything in place, connected the Vescs to the power source again aaaaaand…

Both Vescs don’t turn on anymore!! Oh no!

First I thought the Space Cell Fuse had blown, but I checked (and changed) and that wasn’t it. I tried every imaginable setup, with/without receiver, with/without canbus, single, dual but both of the vescs don’t turn on anymore.

What is especially strange is, that the receiver led is turning on while the Vesc LED will not turn on.

Any ideas what the issue could be? I really, really hope i didn’t fry both Vesc in one go. Also I thought the Space Cell Fuse should prevent that??

Help would be ver much appreciated! Thanks!!

why dont u just remove the spacers, that will give u an extra 5mm