Hey guys, I’ve searched the forums, but i cannot find many builds with a reverse motor mount with drop through mounted trucks.

Here is mine, but the dilemma is that i’m not getting enough clearance between the motor and longboard. What i’m thinking about doing is moving the trucks back further so I can get that clearance. I have also thought about cutting the end or sanding it down, but i don’t think that would look nice.

Let me know what everbody’s thoughts are, and I would love to see builds with reverse motor mount with a drop through mounted truck. 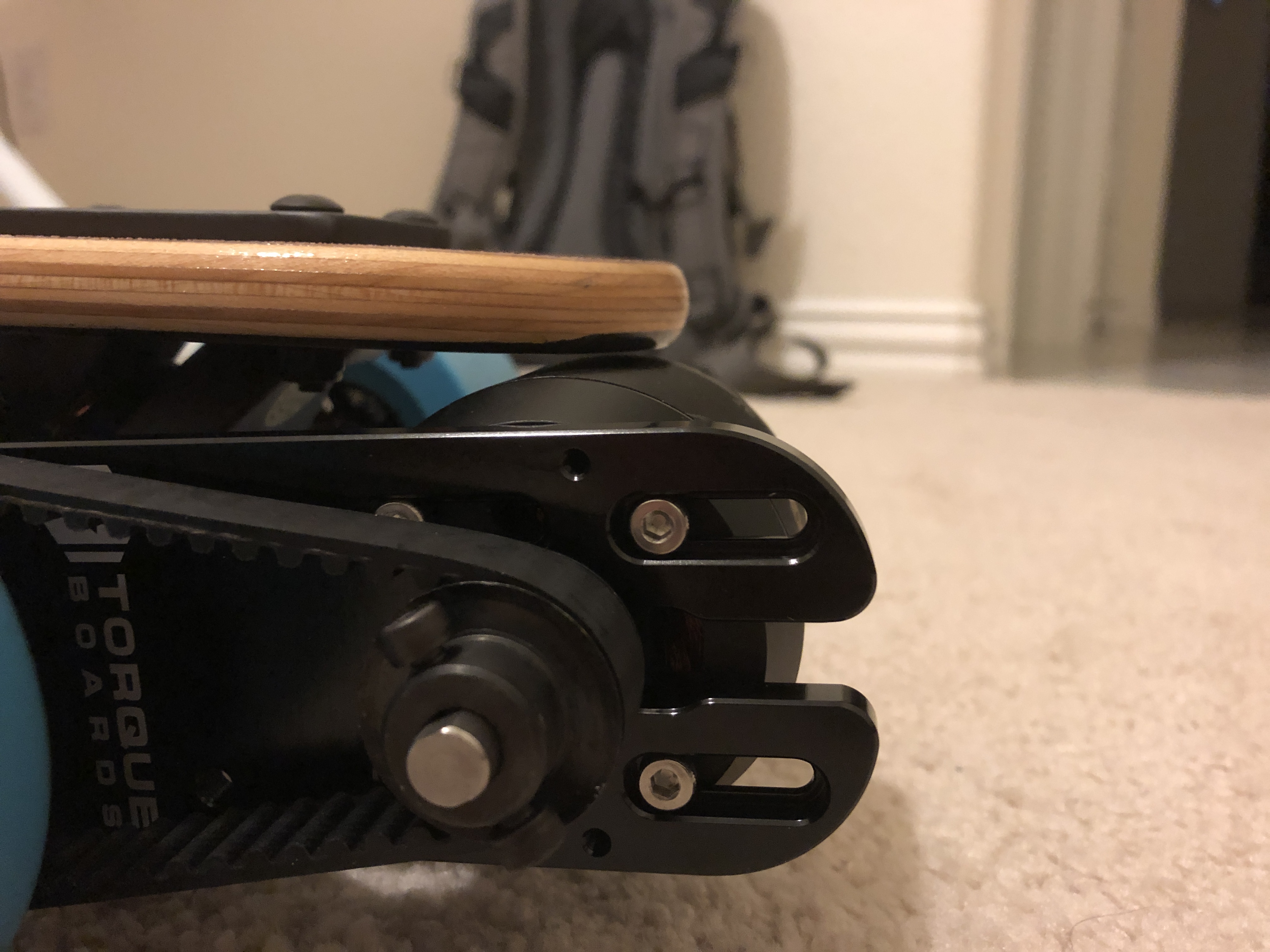 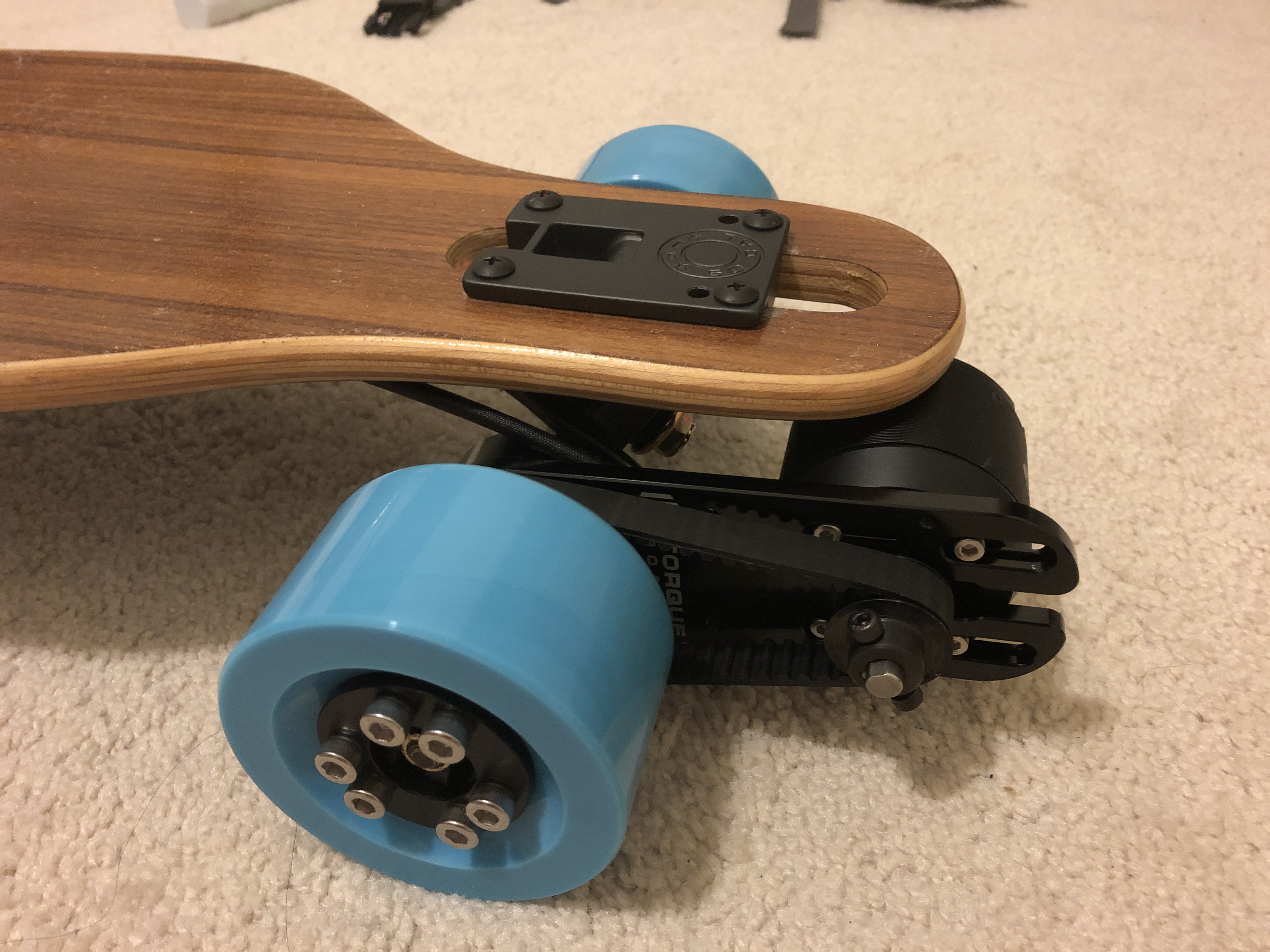 Cut the tip? And round it out?

Mine is not drop through. But cut the tail short like this deck? 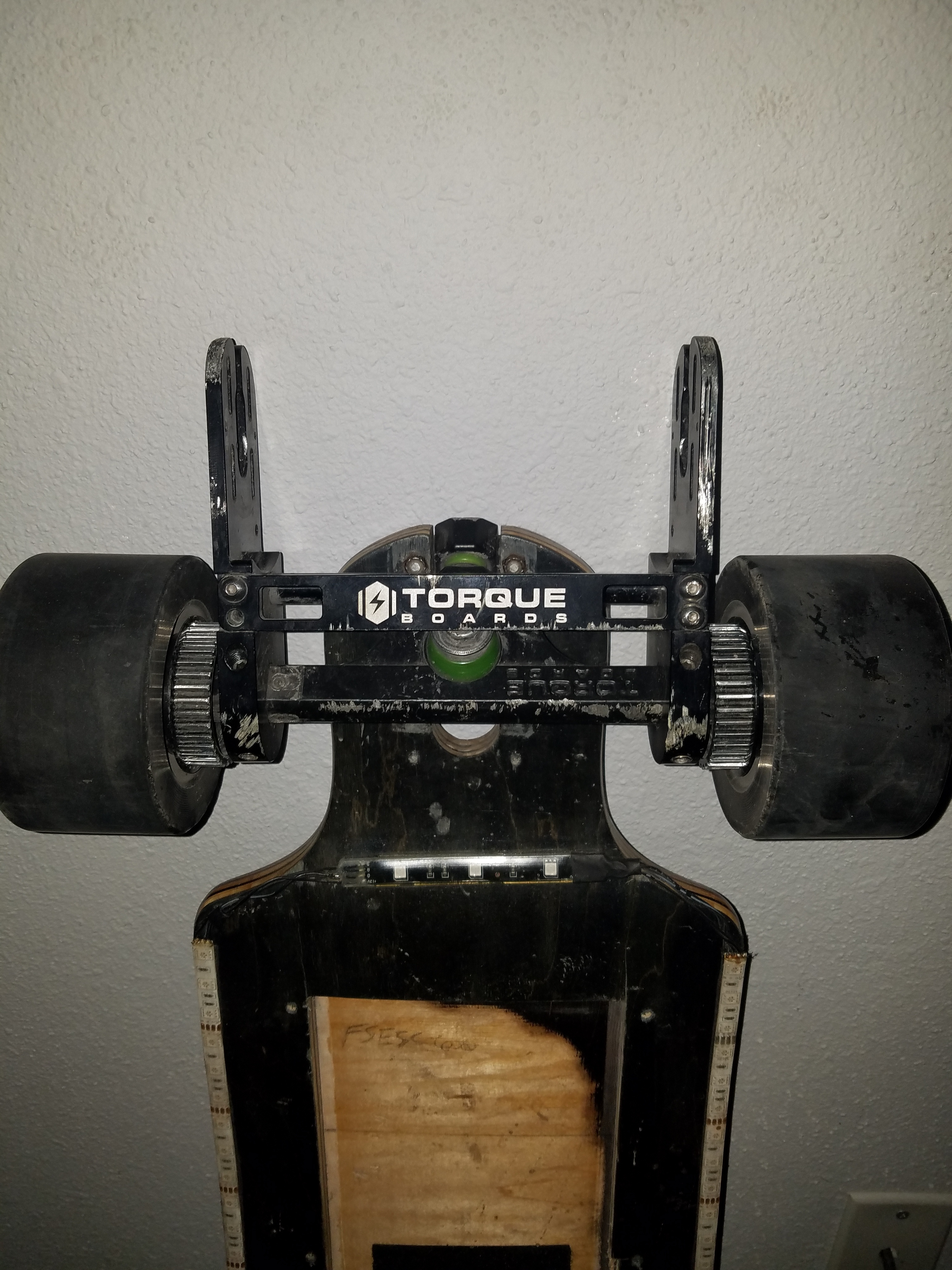 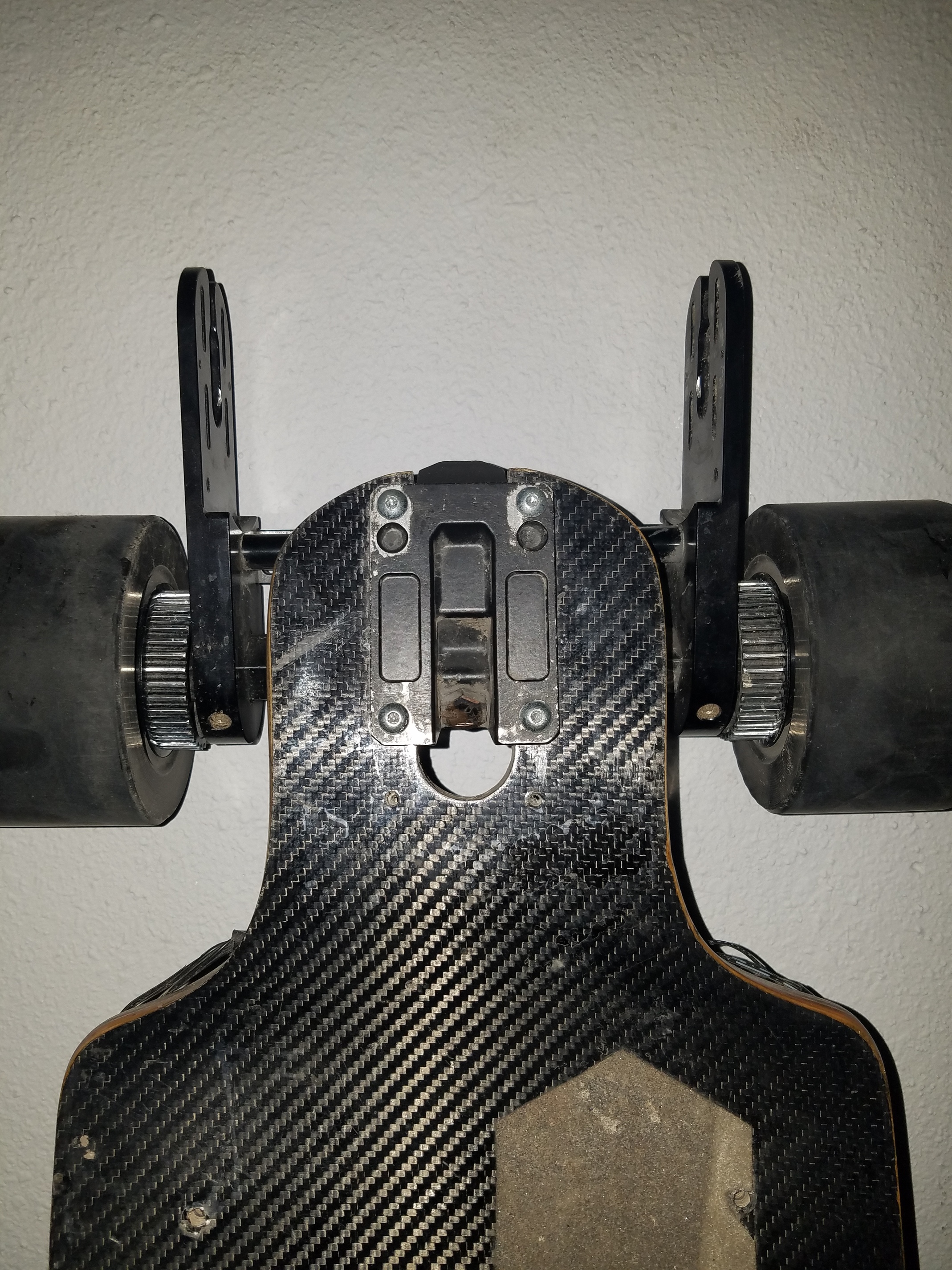 On that deck I would be re drilling the truck mount holes towards the back so the truck sits closer to the edge. is that a reverse mount? It looks short.

You also have a short belt set up there. The motor is fully forward. With the deck mod and a longer belt the motor will sit further out and may clear the deck. Every drop through I have done the truck sits right at the end of the deck like the other guys examples.

Cut the tip and round it out.

I wouldn’t drill new holes and move the truck back for the simple reason of giving the deck more leverage to snap, I would cut it personally and call it a day

If the deck snaps because you move a truck back an inch with 7 plys then that deck is too dangerous to use for an esk8. Actually looking at the pics again just centering the truck in the cut out and longer belts would do. Maybe just the belt mod first and see. 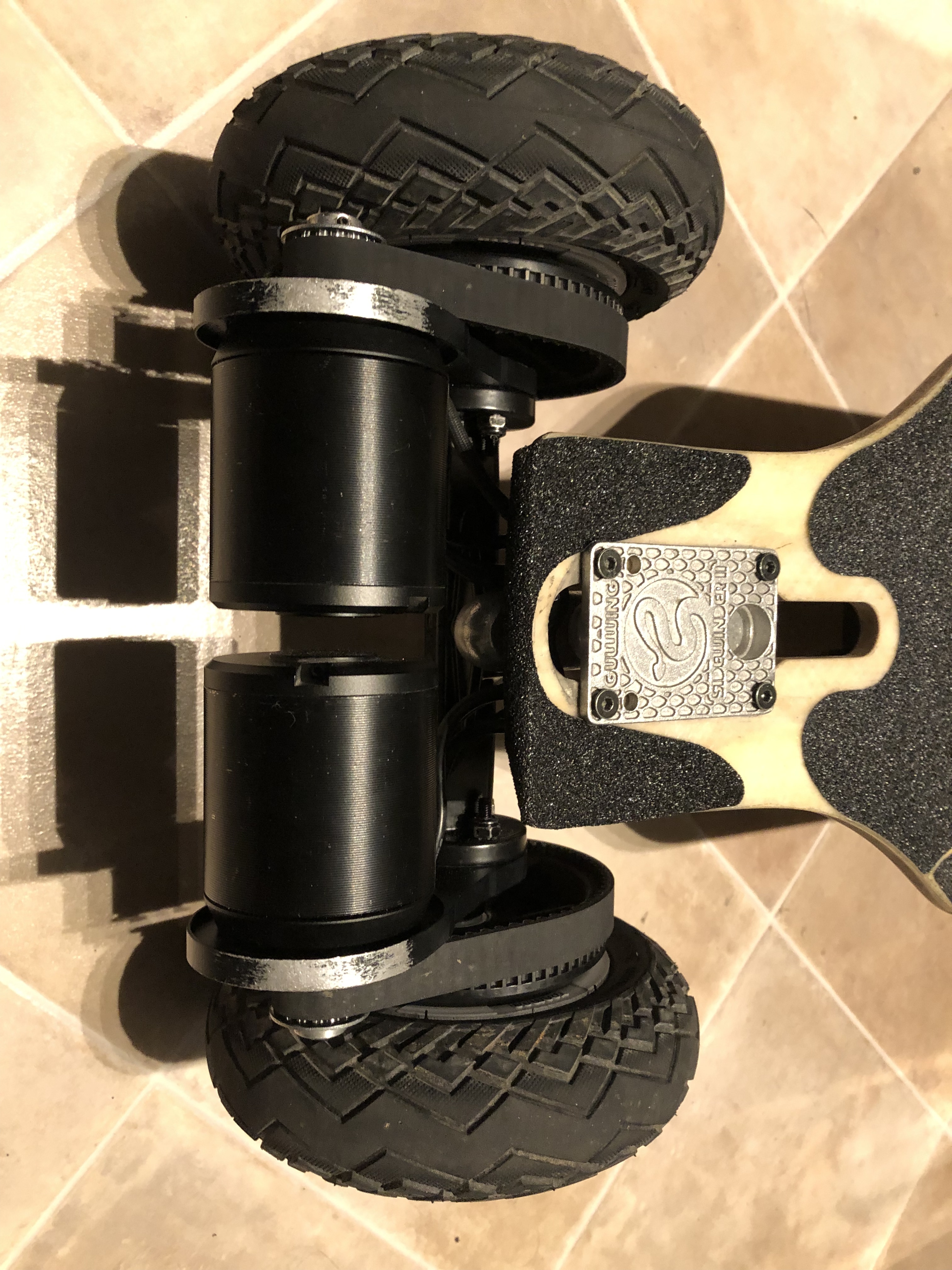 Yes I agree, but after I broke 3 drop throughs back to back I stopped riding them until I got my Hummie deck

I’m a bit of a deck slut tbh. I only buy the expensive reputable brands because i’m heavy and well I don’t want to die. The only drop through I have that I’m sketchy about is the one I made myself.

Lol I learned that lesson the hard way XD… now I own Hummie decks, and my mtb

did you cut this?

Lol, this was my solution 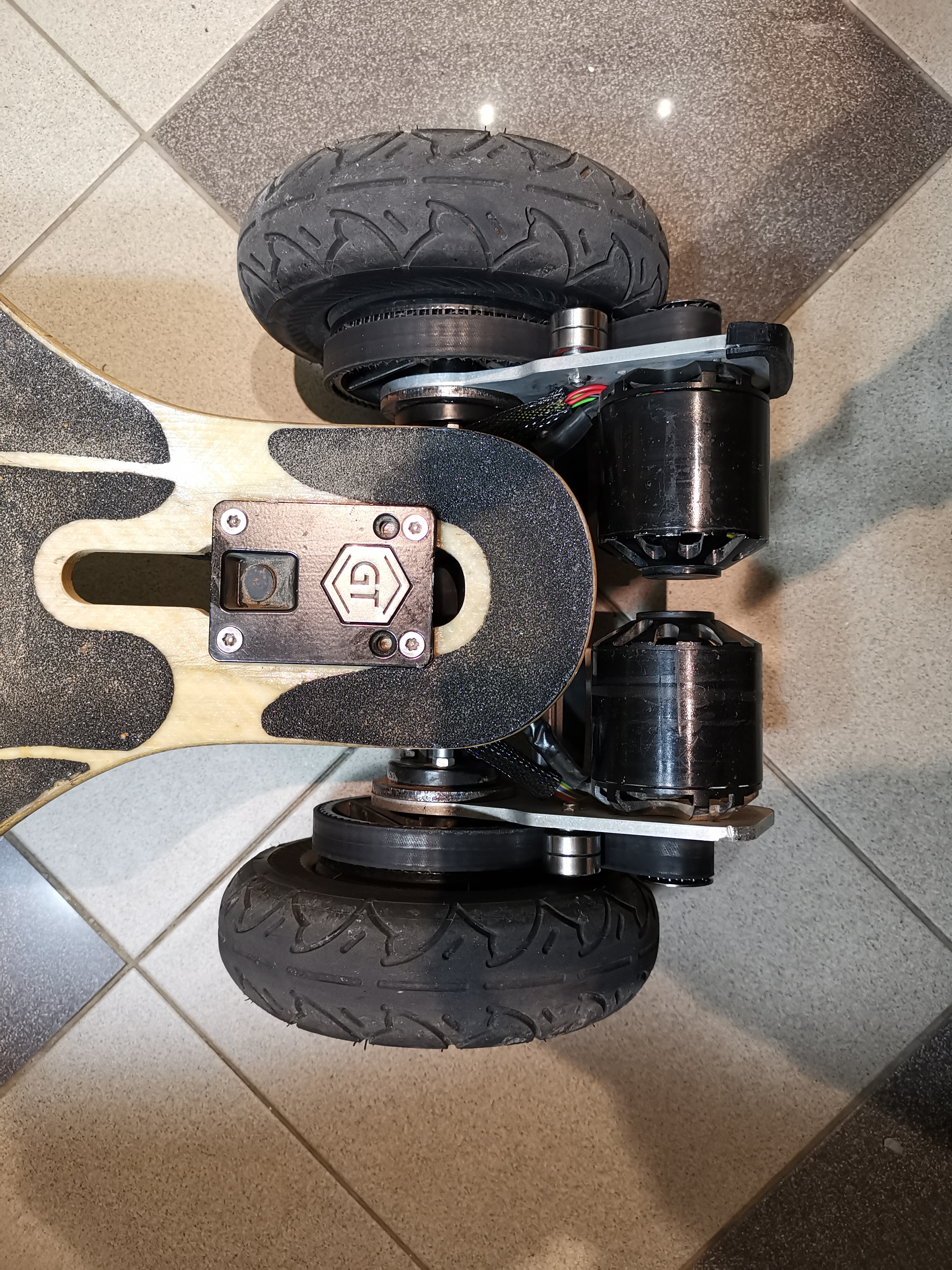 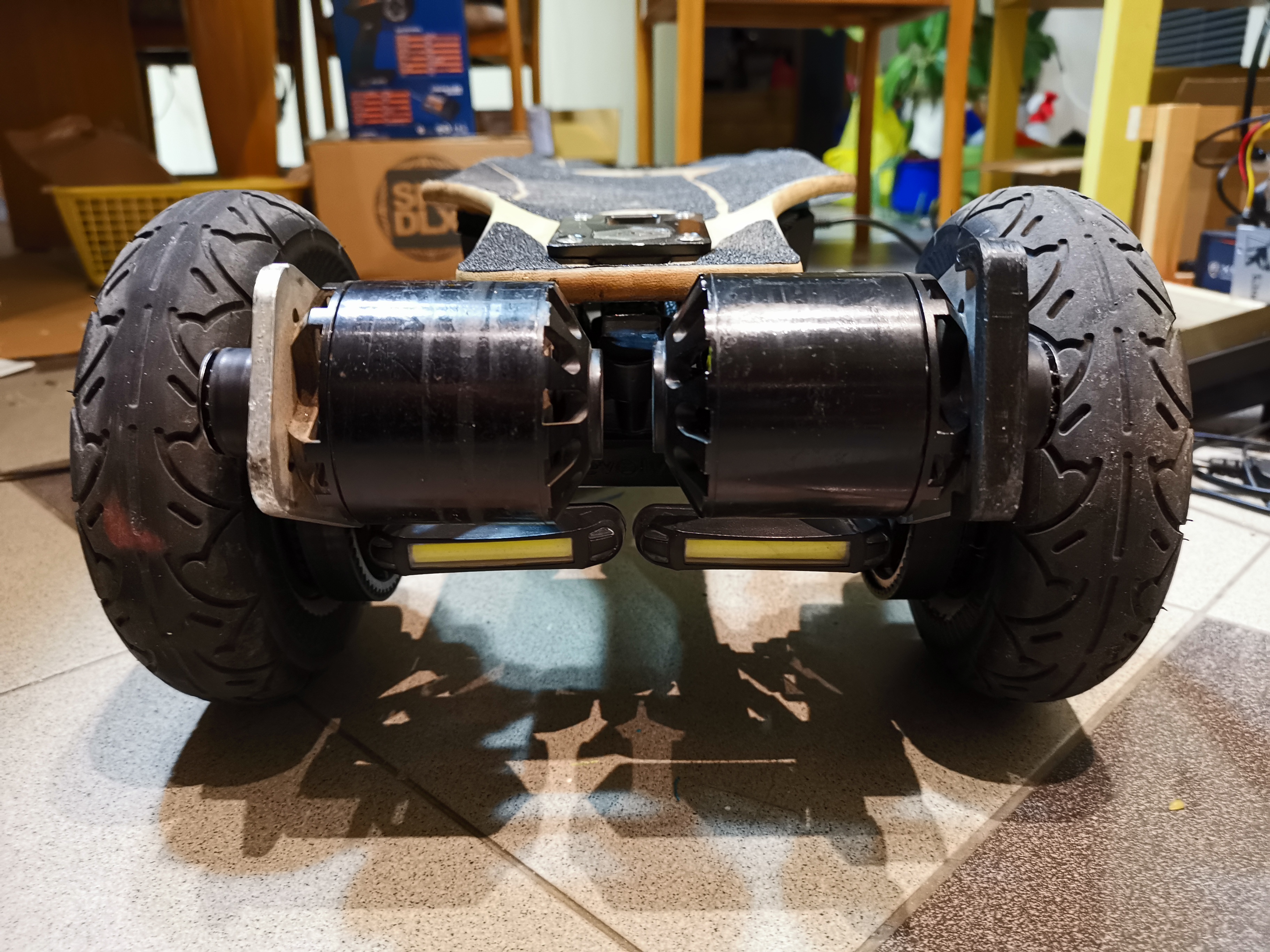 here is mine. I just cutted part of the deck. Easiest way imo 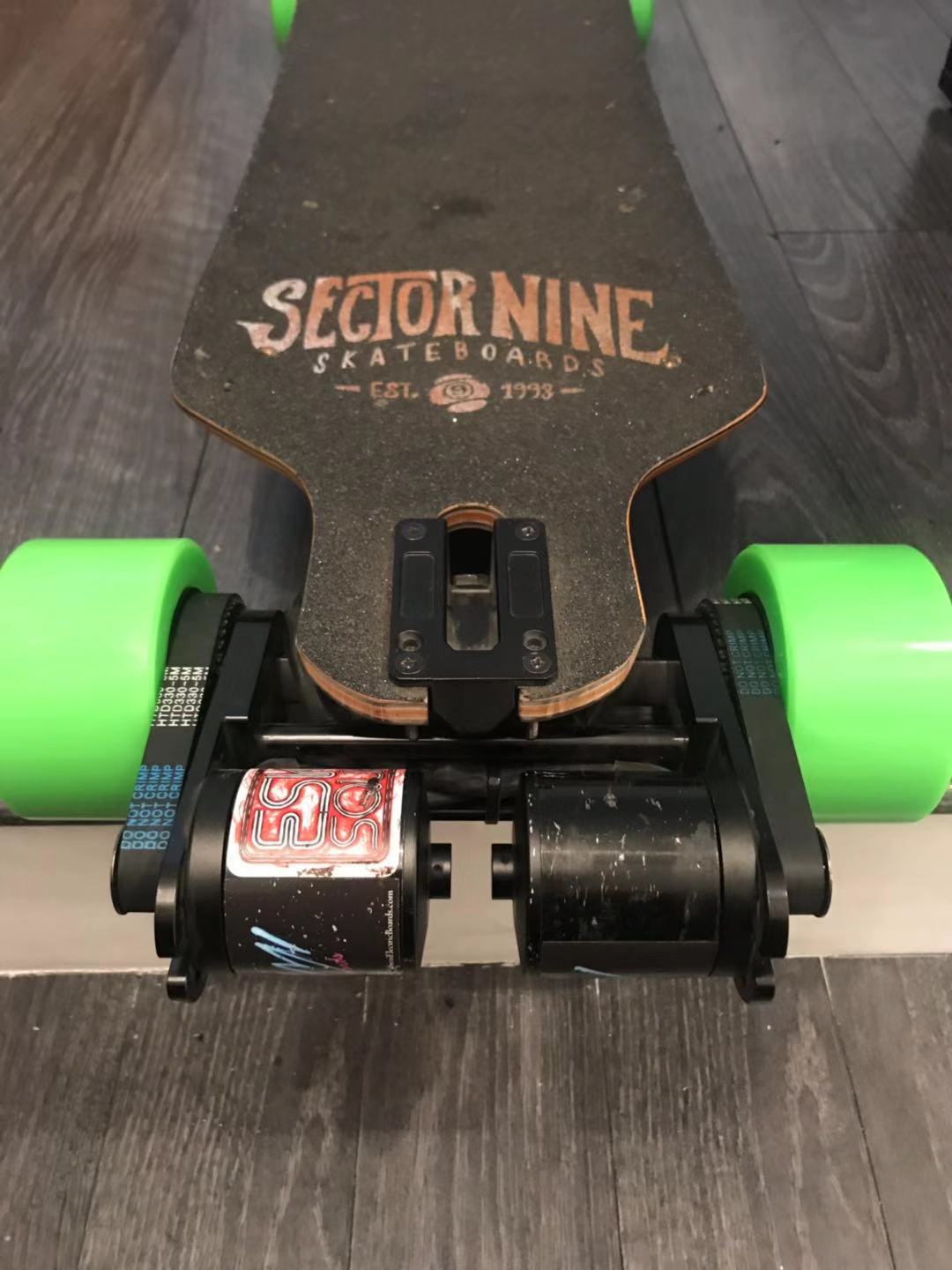 Yes, i had to with the unik mount. 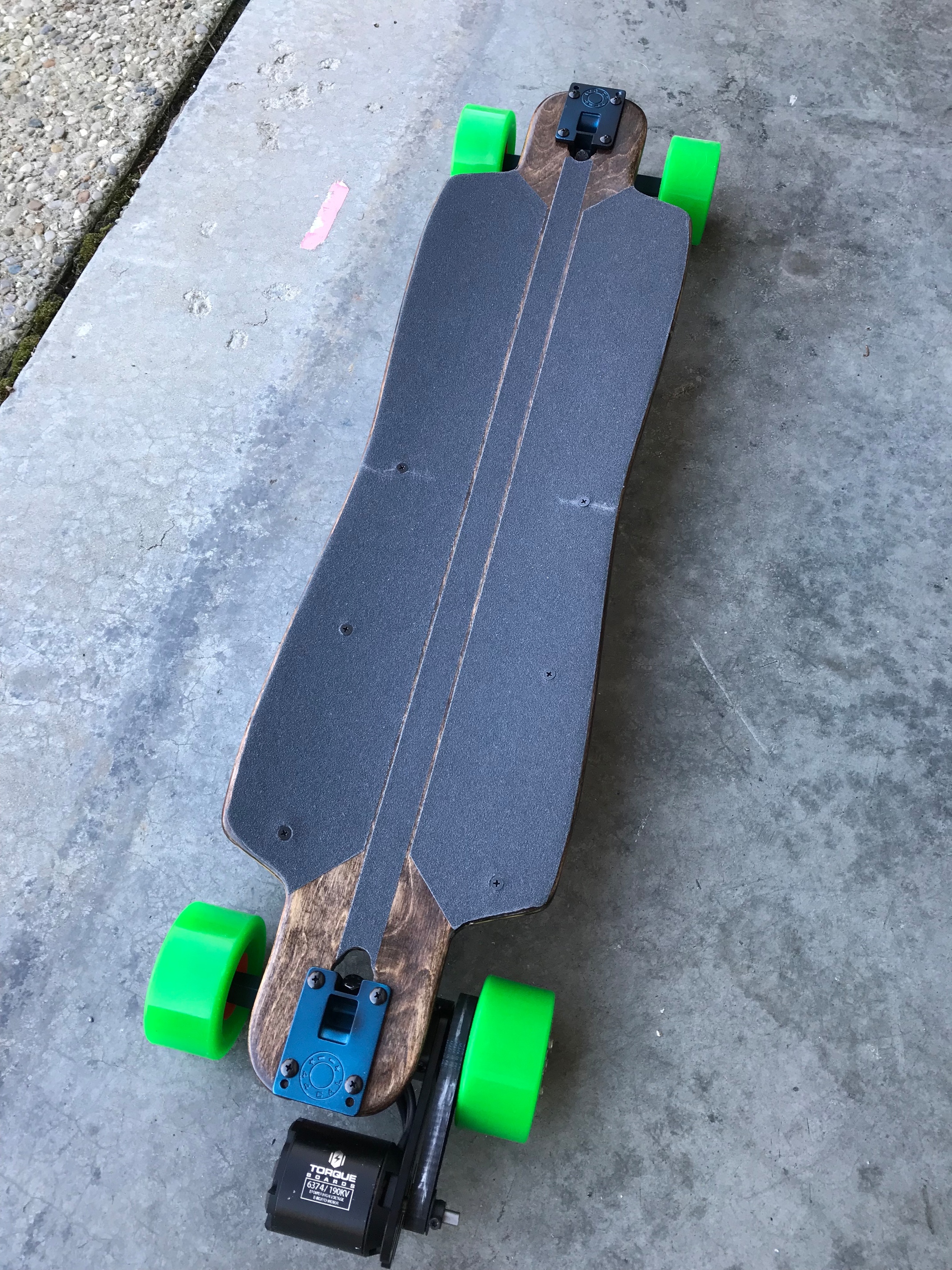 yea trimming the deck is the way to go