So I decided to buy a cheap chinese knockoff instead of building a board, BUT I HAVE A GOOD REASON! i think (LOL JK, no chinesium boards for me :P )

So I decided to buy a lectric longboard, mainly because I wanted the cheapest entry point into esk8 to make sure it is something that will actually be viable for what I want to use it for (getting to/from work). I also figured that if/when something breaks on it (motor, esc, battery?) then I can just replace it with a higher end part, while still keeping it in the nice enclosure that it comes with.

Does this sound like a completely idiotic idea? or only slightly idiotic?

From the math I did on part picking from enertion/diyelectricskateboard it didn’t seem possible to get all the parts I need to build one for under $400 with similar specs (20mph, 15-18 mile range), am I wrong on that?

You are correct, if you want a similar setup you will need a few hundred dollars more than that for quality stuff.

But that’s the deal breaker, quality.

Your idea is not idiotic many people do that with the E-go board. But I think it’s a lot harder than it seems to just swap out DIY parts on a manufactured good.

@Karmannghiagirl I don’t think it’s idiotic. Especially if you realize, up front, that you’ll need to replace it if you fall in love with riding electric.

If it lasts year and you get to enjoy riding right away for a price you can afford, go for it. I obviously love building my own esk8s, and I appreciate the added quality that goes along with DIY, but it’s not always the best solution for all circumstances.

Two things: you might not be able to salvage very much from this purchase, and I’m going to guess that the listed specs might not deliver exactly as promised. But you might get 12-15 mph and 8-10 miles, which is pretty good for starting out.

@Karmannghiagirl I don’t know if anyone here has bought a Chinese board and then upgraded it later on. Could be a whole new market out there for upgrade parts designed for these Chinese boards. If they produce a ton of these, i’m guessing they are and that’s why the price is so low, then there are going to be a lot of those rolling around. I would like to see a hot rodded version of the Chinese boards. Could be a great introduction to ESK8 for a lot of people.

Can’t beat the price $399 is ridiculous

Not much upgrades on these boards but hey maybe you’ll be the first.

Arc Boards: The World's Smallest and Lightest Electric Skateboards, Made in Singapore.

and the remote is practical . 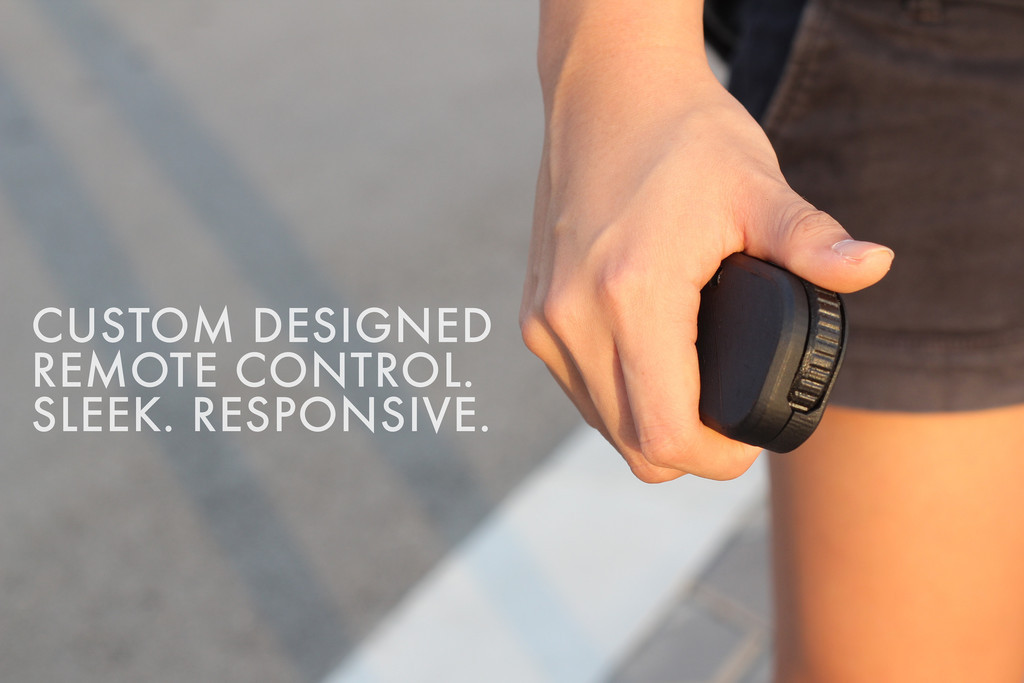 am I wrong on that?

you’re not wrong by that statement .

through my experience , i first bought mine a single motor eboard . after 9 months of work ~ home usage , the belt snaps . luckily it was at slow speed . and it wasnt downhill another thanks to GOD . then i got my self DIYelectricskateboard dual diagonal full setup for USD$850 roughly . still using it til today . i can program and re~program the Electronic Speed Controller to the way i want . faster ? slower ? unlike the Ready~To~Ride out of the box Eboards you were mentioning , i have TWO belts now . if ONE were to SNAPPED at any given time not stated in any brochures , at least i have the other ONE for braking . and TWO awesome MOTORS are worth it . so , comparing my DIY Dual Diagonal with a dual motor of Boosted ? i’d say mine is waaaay Freaking Awesome ; ) than Boosted ~ in TWO WAYS .

if compare price with your choice ~ then you win .

it is just a choice we make in our daily live . i wish you happy carving as i do to all e~boarders , skaters or whatever we call ourselves . just remember to wear safety gear . never compromise safety . we have only one of each God~given bones in our body .

this website has no stock, they have no track record, it’s literally a college student who decide to make a website and collect people’s money without doing any work…

he is going to give all your money to this guy: http://helloskate.en.alibaba.com/ & hope that the products get made to a good standard, which they won’t.

the guy who runs this Chinese company is Randy, he doesn’t give a fuck about you or your $399 electric skateboard…

there will be no warranty or support…

Levi, The guy who takes your $399 probably makes about $100 profit if he reaches he’s sales target, minus some website hosting & advertising fees… If he’s doesn’t reach his target the entire deal could crumble…

he’s business will most likely fail within 12 months as he won’t be able to service his customers, they will get angry & annoyed… Levi will close the doors & walk away

and no! he won’t dyno test them.

& yes you will be disappointed.

… build and eboard and support the scene.

Your not wrong at all! Only problem in my opinion is the fact that you might get sick of the board rather quickly because only reaching a max speed of 19mph gets old VERY quick. Unless you dont mind going slow/crusing all the time, then thats your go to. But if u want to keep the thrill alive, diy is highly recommended because you can always get a higher voltage/higher speed/longer range for a couple extra $$$ yuhhhh digg what im sayinnnn?

Just want to clarify, I am not a thrill seeker, I don’t mind going slow, just want something that I can use to get to work and back.

I know exactly what is going on, I have no delusions that they are doing anything besides being a middle man. I also know though, that that is the cheapest price I have found for an esk8 basically anywhere (I don’t want to deal with alibaba). I don’t expect them to dyno it, it’s a mass produced $400 piece of shit board, it’s not being sold as a $1,400 performance board . I don’t expect service, I want this as a base board that I can fuck around with and hack into something halfway decent.

… build and eboard and support the scene.

I am trying to get into this on a budget, I don’t have a ton of money right now that I can throw around to “support the scene”. But if you read my post, you would see that I said

if/when something breaks on it (motor, esc, battery?) then I can just replace it with a higher end part

AKA “support the scene” after I know this is something I want to put money into, and I can save up for.

I see this as something like massdrop, a big group buy, to get a good price on something, with the middleman making some money on it also.

P.S. They have empirical video evidence showing it working, so why shouldn’t i trust them

P.S. They have empirical video evidence showing it working, so why shouldn’t i trust them

do you know anyone who has received any products from this company? are there any reviews? what is the chance you will actually get anything?

are there any reviews?

Doesn’t matter, like I said above, I am fully expecting it to be a piece of shit so when it is possibly slightly better, I will be pleasantly surprised

Also, they shot the video on the U of MN campus which I live by, so there is a possibility I could meet up with one of them and see the board before I get it.

Final note: this is probably one of the most common boards that I have seen, the more places I look, the more companies are selling rebranded versions of it. So there has to be something at least halfway decent about it.

You could always get this one

I don’t know why you need to justify your purchase with us?

just be aware of the false economy… it’s a trap.

These parts are almost exactly what I used on my first build (I had Paris trucks and a Tacon 160).

idk, I figured I would post it up here and get people’s input, to see if anyone has done this before, and in case I was wrong, then someone could point me in the right direction on doing DIY

Such as what @paragon has posted while I have been typing this up (thanks by the way, ill look into that, and I already have a longboard so that cuts $100 off right there

just be aware of the false economy… it’s a trap.

I feel like you are not reading my posts… I know this is shit, I know its cheap, I am very much planning on having to spend more money on this (that I will be able to save up over time) upgrading/repairing it if/when it fails. But I don’t have a ton of money to throw around so this is the best/cheapest way for me to get into this and see if it’s something I like/works for me

You could always get this one

Thanks for the thought

he contacted me before posting that and I declined, I like the look of what I ordered (its much slimmer) and I don’t want a dual rear drive as I want this as a long range commuter board, which is easier with one motor.

Thanks for the info, but thinking about it (and how shit i am at following through with projects sometimes). I think I am still going to go with the board i ordered. While i could order all those parts, it would be almost $100 more, and I would still have to assemble/mount it myself, which I can guarantee would be hacked together and not look that great :/

I’d treat it gently…for a while…