So as some of you know I’ve had these parts for a while, some I’ve built and some bought from a UK user. I haven’t used anything myself. Just tested it all apart from the Bluetooth module which I followed a bad wiring tutorial for. So here is my inventory: GT2b remote and receiver (£30) New 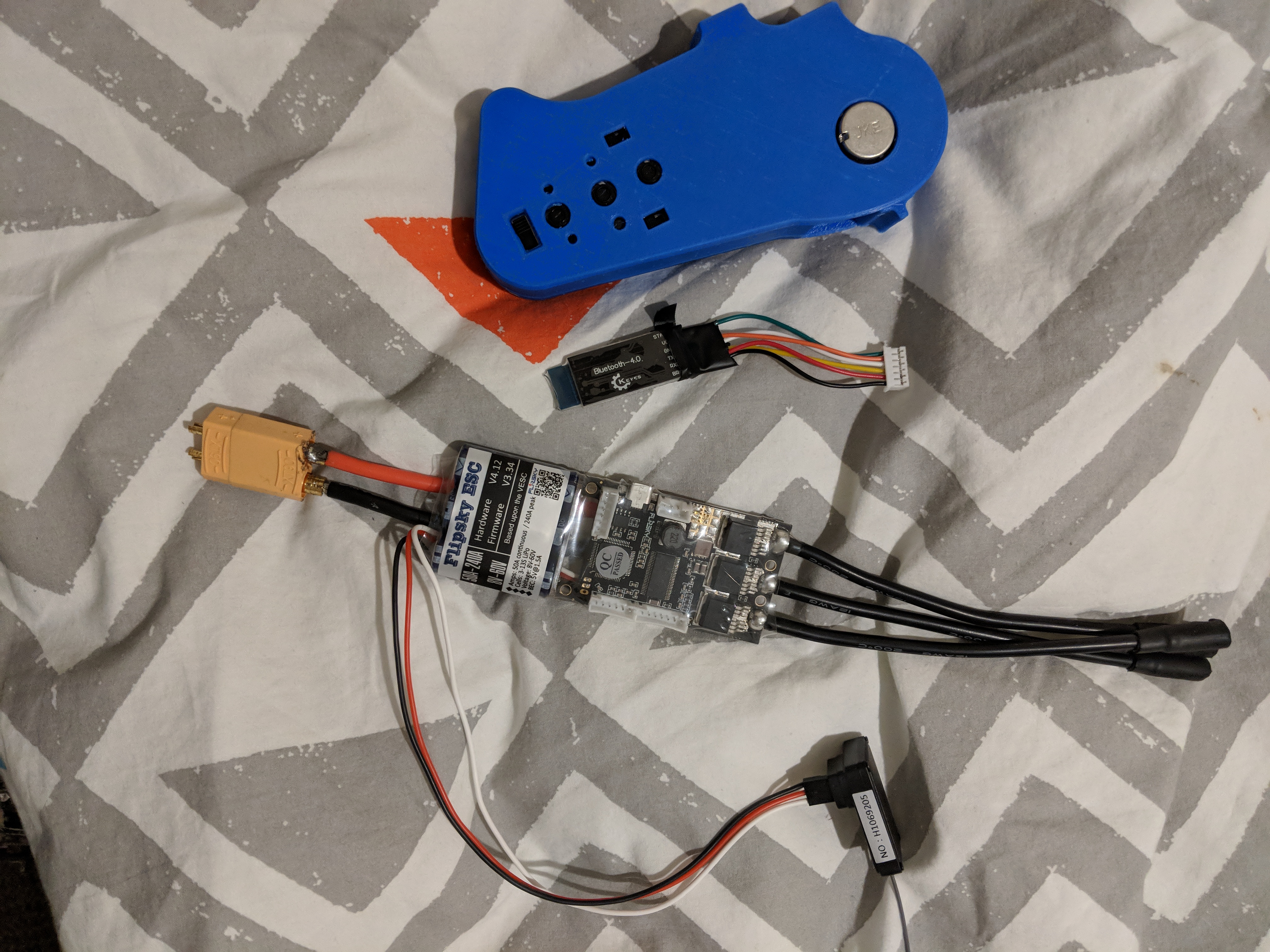 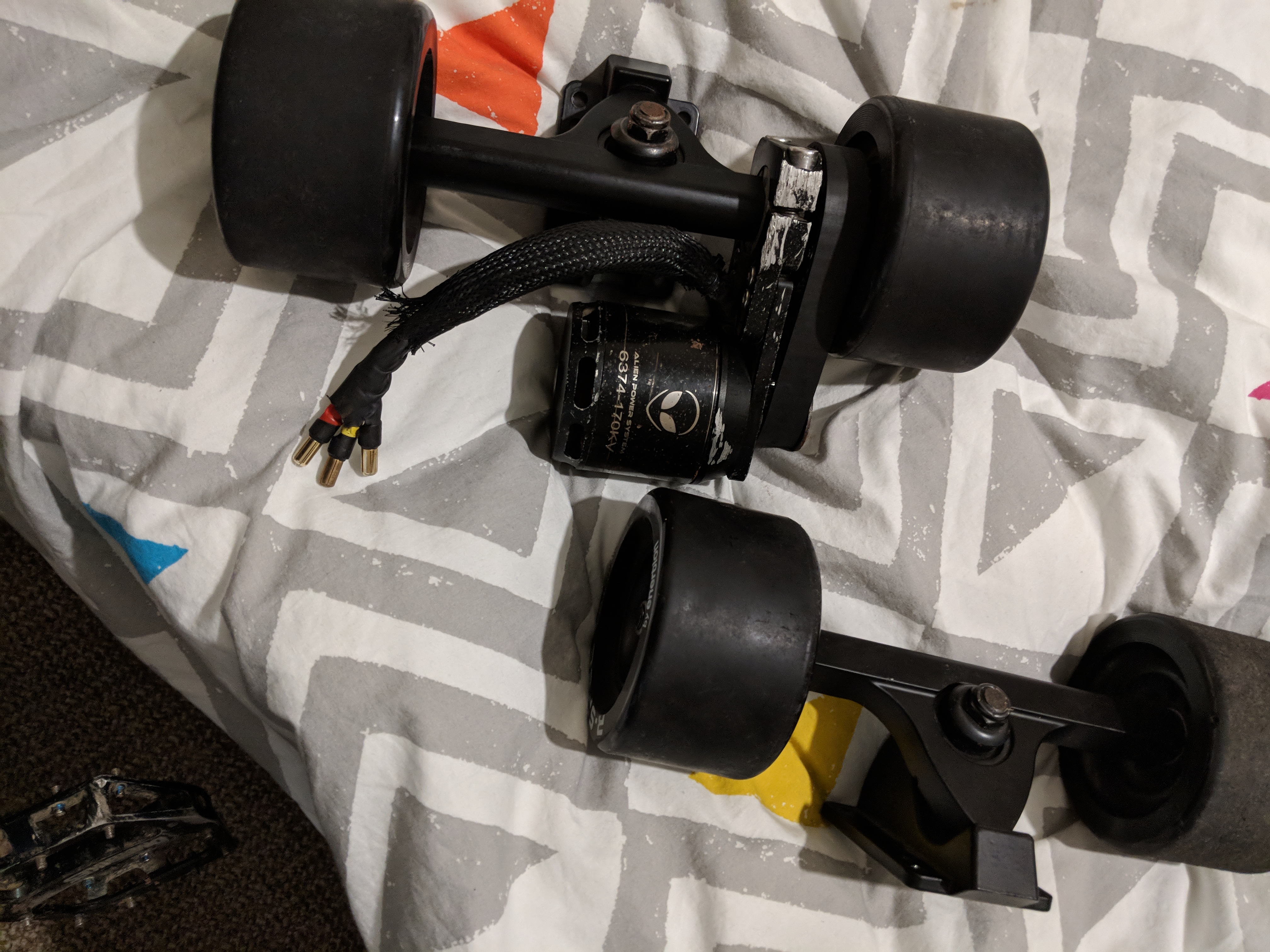 10s3p 30Q battery, Bestech 60A bms. I built this battery myself using good format and methods. The cells were posted out of sync. I got it so just one group was 0.1 out and my charger broke. I checked a few weeks later and the gap had closed up to 0.08. I just tried to check now and my voltmeter fried. Message me if you reckon you can handle it you might get a very good deal. 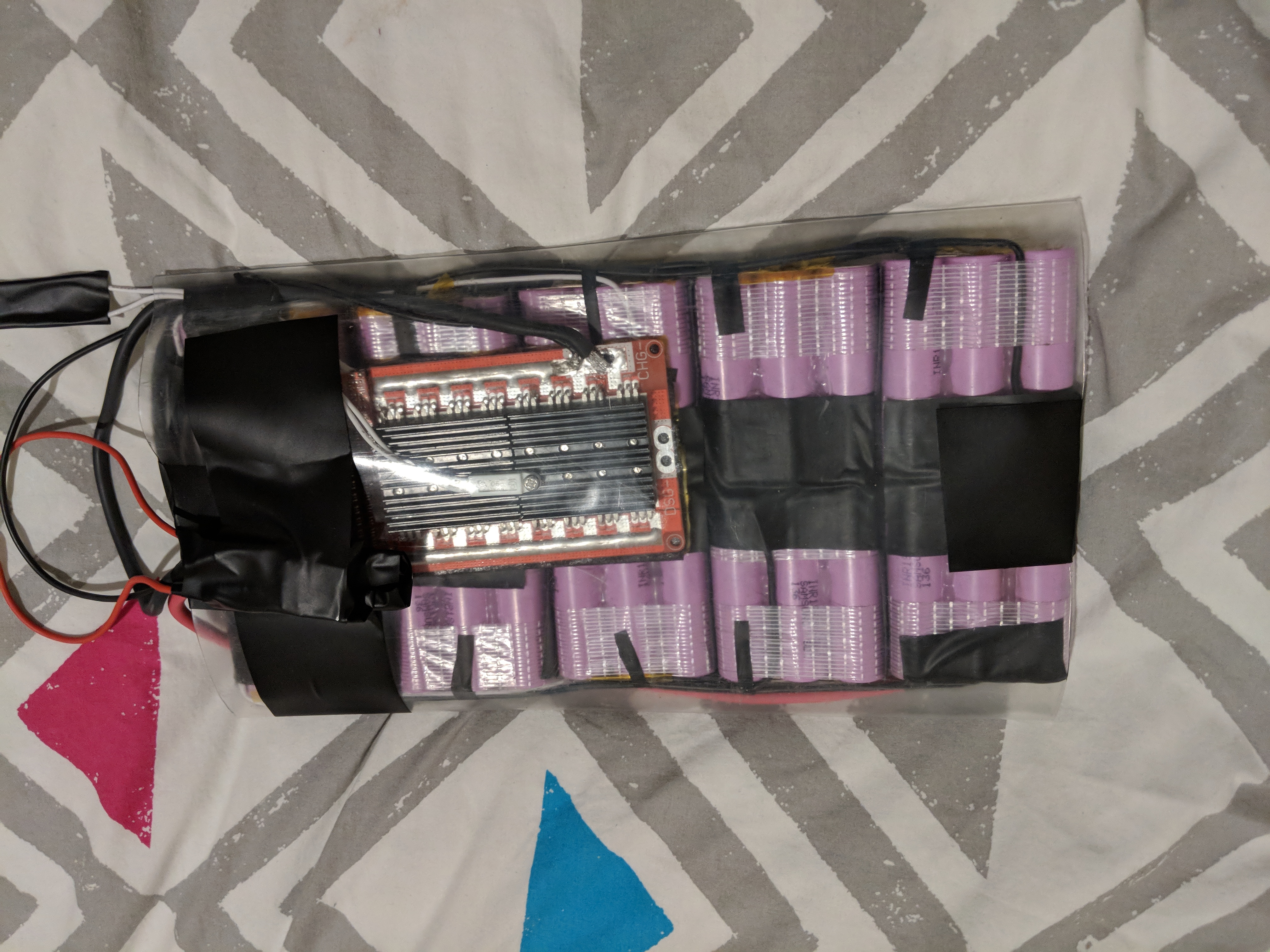 I know it looks jank but I’ve just stored it safely with the connectors tidy. Reason for sale is someone hit my car. Also my soldering iron packed in as I was trying to remove the connector from the vesc so that needs re-heatshrinking

Will offer £30 for Flipsky VESC and bluetooth module.

Hey, how does the remote perform? I’ve never seen that one before. Would be able to pick up from you if I bought

It feels very smooth actually pretty good. I can do local rates

Is there also a change you can sell the bestech 10s 60a bms without the battery?

I’m interested in the motor, pulleys and mount. Possibly also the battery. I’ll pm you after a few busy work hours!

Sounds good to me. Catch you in the pms

Has the motor been taken? Also interested in the trucks.

I’m removing stuff as payment is taken. All except the gt2b are reserved currently. Thanks for your interest

I’d like to take a look at the remote, seriously considering purchasing that too.

Are the wheels still there

Is the battery still available by chance !?