I know some have been experiencing some issues with the BMS pushing a button on the back of the display. So I figured that I solved my issue by moving my BMS so it was no longer over the button. Issue is that when I moved it (just enough to clear the button by a few mm), I also secured it with Velcro and it was now at an angle where one small point was slightly higher than the rest. On top of that, I have a sheet of 1/8" foam padding over the electronic section to protect it from the board. All together the velcro+padding added a bit too much to the height and the extra added pressure ended up attributing to a premature crack on my space cell enclosure at that point after a bit of riding.

Since it’s a Space Cell 3, there’s plenty of extra space in there. So I moved the battery pack back and moved the BMS off the top of the display. I flipped it so that the chips sit in one of the valleys so there would be more clearance. I had to extend a couple wires and I didn’t have all the same colors, so you may notice that a few of them are different. This solved the button pressing issue, no more pressure on my enclosure, and now I have a ton more space.

So if your board is like mine with a concave that results in less clearance through the center of your enclosure, this could help relieve some of that while giving you a lot more space for a second VESC, Heatsinks, or an external USB port. I wish I had room for an external USB port on my SCP4. I have to open my board up every time I want to make an adjustment.

Yes, having an external USB is awesome. I had plenty of space so I did it the easy way, but it wouldn’t be hard to do it with a mini usb connector. Just make the hole, solder the connections and epoxy it in place.

I had a wire hanging out for a little while, but it’s not a great solution, nor is a permanent one.

I have plenty of room since I’m running single vesc/motor. I got a right angle mini USB then attached a mini usb extension to it. I can’t tighten the enclosure tightly because it somehow presses that button inside. Planning to add a piece of PVC inside to it can’t compress

Where did you fine the external usb port to usb mini cable? 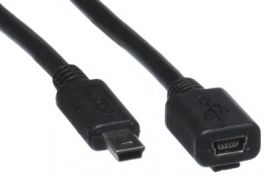 Here’s the pic with some labels. The issue with putting anything in your enclosure to keep it from compressing is that it would put additional pressure on the top. The extra pressure on the top is what ended up cracking mine. The plastic between the lcd and power holes isn’t much. So a small hit combined with some pressure from the back is enough to break it. The reason your button is getting pressed is that there isn’t enough room for you BMS to be on top of your LCD. There’s a not a lot of room to move your BMS forward if you have other stuff in your box, so moving it back may be a good solution. I just have PVC pipes. I’m going to measure it out and cut it then tape it on both sides so it would act like a support beam that prevents compression (nvm, just read your comment about the pressure)

I haven’t seen any external surface mount mini usb cables, but I would just go with a pre-made cable or an end. With just the end connector, you can make a smaller hole and it doesn’t stick out the back as much. The thickness of your enclosure would likely be enough to hold it in place if you add a little epoxy.

It’s four soldering points at both ends. I usually just cut both ends of an old usb cable and start with fresh ends on both sides. Otherwise it’s hard to be sure what order the wires go in. 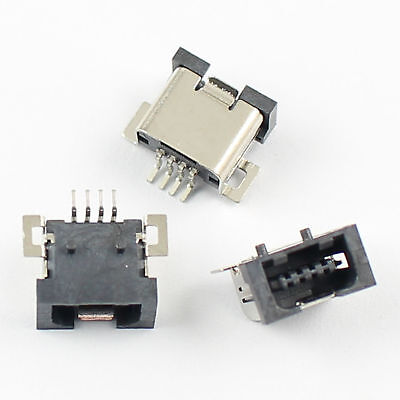 Gender of Connector: Female. Mini Series. Number of pin:4 Pins. It's our honor to serve you!

All together the velcro+padding added a bit too much to the height and the extra added pressure ended up attributing to a premature crack on my space cell enclosure at that point after a bit of riding.

Great idea to make some modifications!

So just thought I would chime in here, this is a message for all existing & future owners of the space cell pro.

Don’t tighten the screws too much, the idea is that this tray is “hanging” from the deck on 8 screws, it is not meant to be “fixed” firmly to the deck, as most decks flex.

The “D” shaped rubber foam seal should only just touch the deck, overall the fitment should be slightly loose.

Would this mean I should loctite those 8 screws then? I have mine tight because I don’t want vibrations to loosen it

mine are semi-tight and I don’t use loctite. Just check the screws every once in a while.

I kept mine loose, but I found that my BMS was still pushing up against the my deck a lot. I think part of it is because my deck has a slight concave. It pretty much matches the concave of the Space Cell enclosure, so the center of the the enclosure is probably as tight as it could get with any board. When I moved my BMS, I went a little too far with securing it with Velcro and extra foam on top. The BMS was at a slight angle off the top of the LCD, so the top edge was now a little higher than it originally was. Even with the enclosure loose, the enclosure was still flexing on the BMS. Didn’t notice until it was too late.

Also, when I checked my BMS for clearance, I did it from the side and not the end. That’s a few mm difference there. I love the slim enclosure, but you have to keep in mind the tight tolerances when using one.

ALSO, it’s not really design for a deck that can flex.

I’m using a Funbox Suzie Slidethrough. It’s fairly stiff, although not as stiff as my Switchblade.

Edit: onloop, quick sort of off topic question since I have your attention. If I purchase just a new enclosure, can I get it without any cutouts?

I have a pretty large concavity to my deck, which resulted in one of the corners being broken off from the high tension and impact.

The broken part on the side happened a couple days ago. The corner, I tried to plastic weld back together, but that didn’t work, so I tried patching it over which worked for a week before breaking again. I really just want to take the components and move them to a case I bought from @RunPlayBack, which held up really well. I just don’t feel comfortable doing it.

It’s not hard to remove everything from the Space Cell. There’s not much holding it in. I just used a sharp box cutter to cut through the silicone (cut close to the enclosure, not the battery) and it practically lifted right out. The rest was just cutting and pulling off the hot glue. It’s a good idea to shrink wrap the battery after you remove it, but make sure you check all the BMS connections. They’re pretty delicate.

Just make sure you take a lot of close up photos before you move anything around. That way you know exactly how to put it all back together if any wires get disconnected. If you’re half decent at soldering it’s no biggie.

Hmm I see. I’ll have to take a look at it tomorrow. Thanks.

Where can I get shrink wrap for batteries?

Great! Thanks a lot.