Speed - non electrical set up - how much does it matter?

I have been doing some thinking about speed and how much the non electrical parts of the set up matters.

In general I am not a speed devil. I start feeling uncomfortable and really have to concentrate when I reach 20mph/32kph. I was thinking how much this might have to do with my set up, or how much this is just me not liking the higher speed.

I own an evolve GT, a long distant pumping board and a slalom board.

The evolve I run with super loose trucks with booth AT and 107. The LPP board is set up for just that which means that the deck is quit flexible and the trucks are loose (especially the front truck).

I have tried to tighten the trucks quit a bit on the evolve, which did not make any difference with I my nervousness when I reached the 20 mph mark.

I once reached 25mph/40kph on my LDP board and was scared as hell! This was in traffic going down a hill with a cross road where cars could come any time and I felt I would have no chance of stopping if the car wouldn’t respect my right of way.

My slalom board I have just used for doing cones and not reaching higher speeds.

I have never experienced speedwhoobles but was wondering if I would feel more safe on a board build for speed - stiffer deck, tighter trucks etc.

What are your experience? What kind of set up do you like to ride when going for speed, what matters for you, and how much do you think it matters compared to the more casuals set ups like Evolve GT?

I would really like to try a board electrical or not that was set up for speed, but I don’t know anyone with such a set up.

Channel trucks, fat wheels, and a downhill deck. The zero deflection should mean a decreased amount of speed wobbles and other random shit. Given the Evolve use those gullwing trucks, I imagine it doesn’t exactly feel stable at higher speeds. When I reach higher speeds, I find it important to manage the speed wobbles with long gradual carves.

If you have any question post it in there

Playing around with wedges, bushings etc. only does so much try, if your board shape allows to stand over your front truck. Punch wour knee from your back leg into your front leg and move your hips forward so most of your weight is on your front...

Have been going through the post you link to. Some time ago though. I will check out again. Thanks

I recently put very stiff double barrel down hill bushings on my rear, made riding over 25 easy, before i felt uncomfortable above 20mph. I have super soft dual cones on the front. So very soft front super stiff rear, im very happy. 200/50 pneumatics

Np. Basically its with every skill in life, you have your limits. If those limits are a hindrance to you or hold you back in your pursuit what ever it is, get a gravity set tailored for those endevours (you can get a qualit y set up for cheap) and go out there and try, learn, fall and get back up. Rinse and repeat.

This is true for middle-of-the-road setups. But if your setups are out at the extremes like LDP (crazy loose front trucks) or double jointed sidewinder trucks, equipment becomes more of a factor.

@davidbonde I have 3 LDP setups, well I guess the gbomb makes 4. For push boards I looove loose flexy. My commter eskate (30mph daily) barely turns. Very confident at 30mph on that thing, stock calibers tighened down. When going fast I’m very conscious of weight distribution (biased to the front, don’t let the weight shift to the rear) and ride assertively/confidently/relaxed.

Grain of salt though, I’m also n00b, first year on eskate, and haven’t down high speed longboarding in the past, mostly flatland and LDP.

I’m looking forward to getting more of the surf back as I’m putting together Ronin based setups.

I remember the Gullwing Sidewinders from LDP. I’m so surprised someone put those things on something that goes fast

I’ve also witnessed slalom (and have a slalom board). Those guys go fast, easily 20mph+! Pumping to get more speed if they have enough traction for the turns.

Booth my LDP and slalom has the Classics Bennet - Tracker solution. I have to get my hands in something set up for speed and just expirience for my self. Just the excuse I need for another board

Jah… you are right. Have to pratice to push boundaries. I am slowly firguring out If I have it in me to push my speed boundaris. I find downhill so facinating so I hope I have. But I have my doubt. Might be to old to learn that shit, and might not just have it in me to do things where I can hurt my self. That stopped me from doing other than basic things in my “normal” skate era back in the days.

Agreed!
But had a guy being to broke to buy new stuff so he just bombed everything on his sidewinder pintail. Actually impressive and scarry

Seing a guy hiting 65+(km/h) on a freaking pintail with sidewinders;)) thats why he is known as Locco now.

That dude is crazy!! Haha First ever longboard was a loaded vanguard. But it’s longer than a regular vanguard. I’ve had it up to speeds of 45km/hr and felt fairly stable. But as you say, that comes with 100’s of practice km’s pushing boundaries. That’s still the skate i use when my pup is pulling me. My build is on a super solid comet voodoo xl. With that nice heavy battery/ motor setup underneath and stiff venom barrels on both ends, i can’t believe how stable it feels at 40km/hr. After the ride was surprised it was going that fast. So setup defo makes a difference.

Caliber II Fifty are like $35/pair! Just wack them onto one of your LDPs. LDP tends to be on the stiff or reponsive flexy side, and huge wheelbase, so it’ll be pretty stable. You can take some riser off lol.

Don’t need a whole new setup, unless, well, you want another setup

So I don’t chime in much about speed topics but. There are three things for certain I’ll start off with.

-Speed wobbles is all ankles, if your trucks are setup properly. And do some ankle training like slack lining, or ankle dips and extends.

-Speed on an electric board is a lot different then speed on an analog board. I only really feel comfortable up to about 35-40mph. I always feel like something mechanical could bind, whether it be the belts, the motors randomly shorting out, a MOSFET failing, etc etc. As well you have the feeling of being pushed along.

-Analog board. Its a deck, your own “perfect” bushing/washer setup, trucks, wheels, bearings, and hardware. Its like a race car vs even a commuter car. You feel the road, you feel connected, you are in control. Faster then above feels more natural and controlled.

Regarding your question -stiffer boards feel better for speed -Wider hangars are more stable then narrow ones -RKP feels more stable then TKP -Depending on your trucks, you can flip your hangar for more or less leverage, which can of course affect stability -Bushings at the proper duro, and tightened to the point you can just barely spin them with your fingers. This is a “proper” loose truck setup. Because the bushings are right for your weight(leverage potential) and the kingpin is tight enough to engage the bushings without pre compression.

Thanks for chiming in Deckoz! I follow you on the being pushed thing. It feels so different being pushed on a e-board than going down hill. On my e-board I feel the most stabel/secure going uphill. There is just something about that, that is less frightening than going straight or DH.

Exactly. I can go DH at basically any speed I want on a analog board and feel right at home. I feel pretty much the same, uphill, flatland, and light downhill is all I’m willing to commit to on an esk8.

Would you feel comfortable riding your e-board non-powered ? Your answer is important.

It sums pretty much how important is the feel one has toward his board in analog mode. Thanks for the tips about ankles btw.

As I am right now I can bomb 50km/h on inlines & feel comfortable but I won’t go past 20km/h on a longboard before I learn properly how to handle myself !

I hate to keep adding to this… But another reason for my uncomfortableness at higher the. 35mph is you effectively have one slide hand and one emergency slide hand(the remote cause who wants to use their remote as a regular slide puck lol).

I like thumb remotes, just there’s none that just clip onto the side of a puck, or have most of the electronics in a thin circular enclosure with Velcro on both sides to sandwich as a puck/remote shim between glove and slide puck.

Having both hands available would be better… 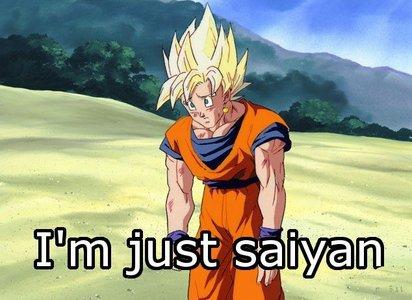 I think there are two parts to your question, and one hasn’t been addressed.

First you ask about hardware, and since I’m a big noob on longboards, I can only tell you about my experience with snowboards, and bicicles. And I think its pretty much finding a setup that you’re confortable with… I know this is a very vague answer, but I think its true, and I think its something you find along the way. Obviously there are builds to suit your riding style, builds that favor speed and others that favor confort and manueverability… People with experience here will fill you up on that.

At any rate I’m here for the second question no one has answered. Your fear of traffic, or as @Deckoz mentioned mechanical mishaps at higher speeds. I think about that all the time, and honestly its not a bad thing. I mean, you can’t be riding your board on traffic scared off your bones, but a small amount of “fear” will keep you aware of your sorroundings and alert. And I think that’s a good thing.

That fear, is just your brain telling you “hey fucktard, you’re the chasis if you crash”.

I think we just need more riding experience, and getting familiar with riding next to cars, motorcycles and buses.

Think you are right Gynpe. Thanks for your thoughts. Ridning time (experience/practice) must be one of the biggests in this matter!