there’s been a distinct lack of straightaways that aren’t covered in branches and leaves around here lately. I’m hoping i can max out my build this weekend. Last weekend only saw around 25mph due to shit in the trail.

Max speed i hit was 33 ish mph. super unstable, my old board was not made for extreme speed! needless to say i wasnt ready for the speed, bailed and messed myself up for a week

I don’t want to discount anyone’s achievements or crush anyone’s dreams. but a lot of the “high speed” GPS readouts I have seen on this forum are not all that valid. GPS dropouts can cause spikes and spurious readings. I like to try and cut out the peaks to give a more realistic view of speed.

for eg. on @Kaly 's graph there you can see the board many times is easily around the 25mph mark but shoots one peak to 45mph for a moment once. id hazard a guess at that peak being a little inaccurate.

that being said. 25mph is still god damn fast!

I don’t want to sound like I’m picking on you in particular @Kaly almost every GPS speed graph posted here has had the same sort of spurious data on it. I just chose yours because its here in this thread and easy to see.

Yeah there’s a guy named Justin Morgan on Facebook. Think he’s a rep for evolve USA. He’s always posting up saying he does 46mph on his carbon a.t. same thing, just a spike on his timeline…I asked him twice to meet up so that we could race. Both times he talked a lot of shit while not even responding to my invite.

maybe i need to dig my arduino back out and try to get my speedometer going again.

Just like any OFFICIAL records set for any speed event. To be able to be an official speed (event, record, claim) it has to be a two way average over a distance that is timed. SO lay out a distance on a flat safe area and do two way timed events over a few hundred meters.

I’m really not into records, but I like to ride a little fast when ever is safe to do it.

About the GPS issues I can not tell, don’t have any info on it, about the speed on that graphic can not tell 100 % but it was really fast and this is from somebody that drive a tractor trailer and motorcycle for the last 18 years.

So have fun and be safe guys. Let’s not give the eBoard a bad rep. With any major injury.

too late, i already broke my arm last year. I was going slow when it happened, so you can bet i won’t be going slow ever again. I learned my lesson.

i need to find an old airport or something where i can really lay this thing out on the flats. Believe it or not, there are too many hills on the trails i frequent in order to do this properly. That’s right, hills. In Florida. Nice ones, too. The best ones are covered in very busy four lane roads though.

Range and commuter testing is better on these trails because of the “realness” of the course, but for speed testing we want unobstructed flats on straightaways with high visibility.

lol, my normal route to school here in sf involves predictable hills and a lot of flat ground with very good road conditions (besides lots of stones). So that’s pretty ironic to hear you have hills and I don’t as much. I know If my board was capable, 35-40 mph would be comfortable. I skate on my normal board faster then my eboard goes.

Reviving this thread, I’m curious to know almost half a year later…what are the highest speeds people have been able to attain with their builds?

Using iphone GPS apps Strava and Wahoo fitness, I have hit 37-38 mph as the peak speed on 4 different occasions while in full tuck. This is above the calculated max theoretical speed for my custom board build by @longhairedboy. (12s4p lith ion, 15/33 gear ratio, 83 mm wheels, 190 kv dual motors 6355 motors). However as pointed out earlier in this thread, I’m not sure how accurate those apps are. But it’s also important to note that it isn’t just isolated spikes, I have multiple ones in each ride close to the same speed. 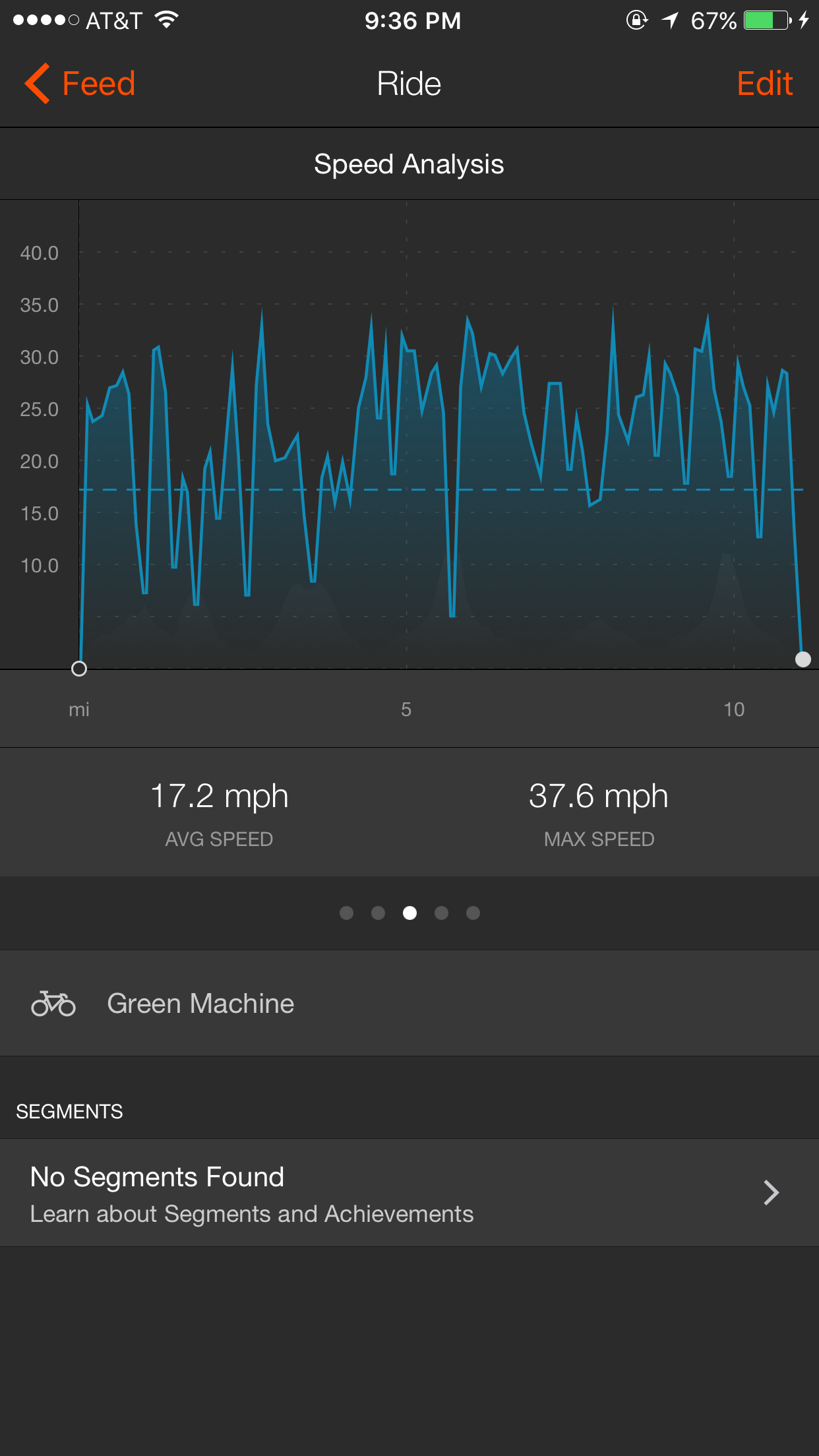 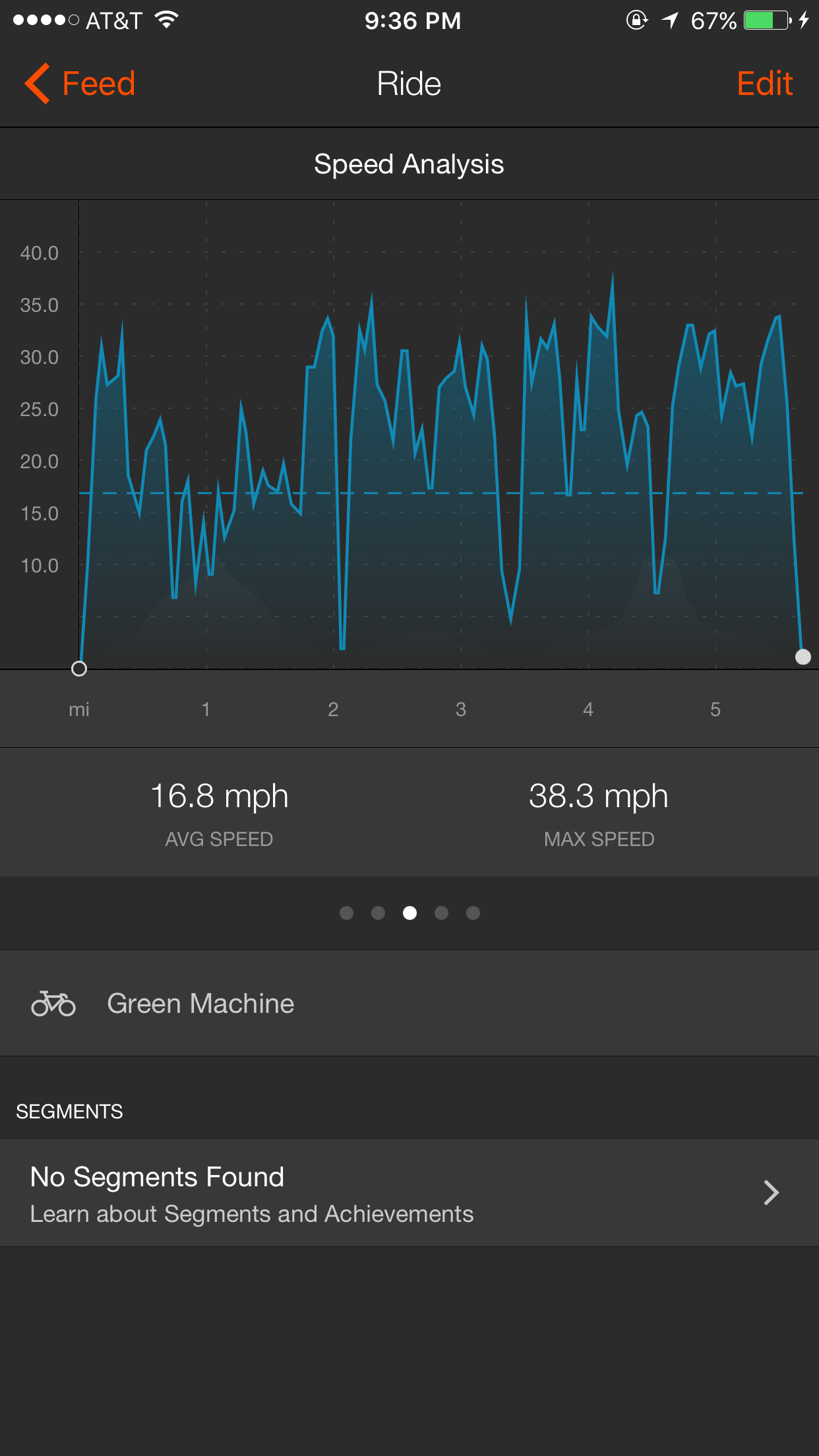 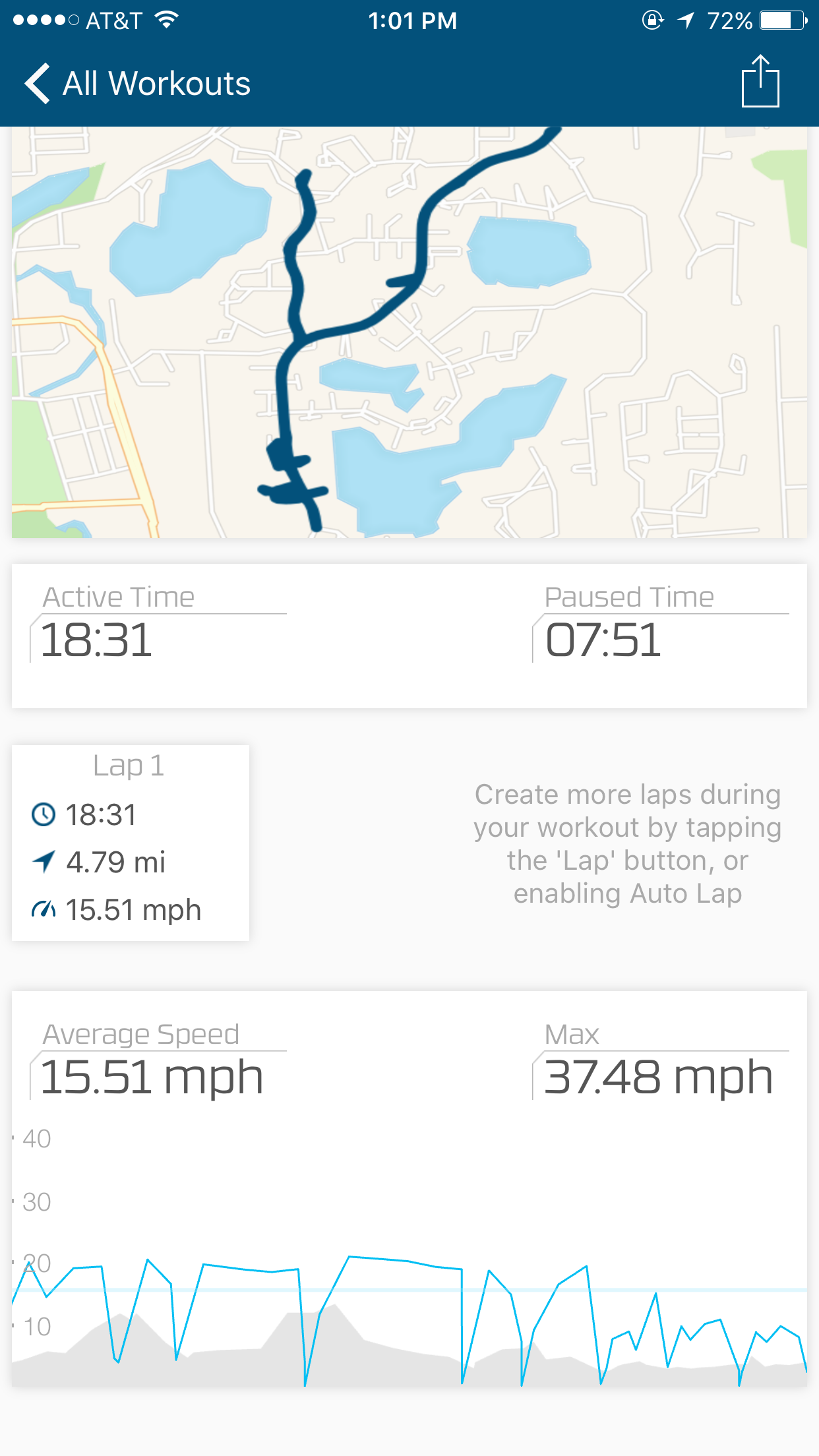 That’s two different GPS based apps showing similar max speeds, so are they really not accurate? Using another GPS based app called Vidometer, which is a live GPS display I’m able to cruise at 32 mph while on max throttle and not in a tuck. I doubt a tuck would add 6 mph? Maybe 1-2 mph, but anyway…these are my results.

@Kaly I’d like to know if that 46 mph you posted was a repeatable result, and what set up you had to get to that speed.

Hi I have not try to repeat the speed run anymore. Shortly after that I decided to change battery chemistry to lifepo4.

BTW I use motorcycle gear for saftey