story time guys, this one is going to be good.

So i have been gathering parts for the board for quite a while now, about two months. ebay delivery times are frustrating.

My Friday activity was esk8 stuff. First thing was to finally make a fiberglass encloser for the board. It’s drying as i write this post and it came up great: Next thing was to have a little fun with my setup:

The setup wasn’t connected to the board itself because of the fiberglass so i just put all the components on a small skateboard i have.

Started to play with the motor: gas, brake, gas brake. At a certain moment the motor stopped completely, one of the FETs on the VESC started smoking and the red led on the VESC turned on. I quickly turned the anti spark switch off and than figured the vesc got stuck for some reason and that if i turn it on again it’ll be OK. sort of like restarting it. WHAT A MISTAKE.

Turned it On. FET started smoking again and with no warning one of the batteries in my setup burst and started releasing gas. Moments past and another battery burst into flame.

Side note: The batteries i had were two 6S1P connected in series, both of them were made by me from 18650 LG HG2 cells. Those M***********s burn like a nuclear reactor. A complete surprise to me. Did not think they can burn like this.

I ran to take my lipo guard bags and thru the battery that kept burning into one of them. I figured that it’s going to continue burn till all the six cells are dead. I was not wrong cause the moment i thru the battery into the bag another flame burst from it. Till then i managed to run to my balcony and put the bag on the window. It kept burning and it seemed as if it’s only starting to get stronger. I knew i cannot throw it to water but i do not have a suitable fire extinguisher.

I looked down to the street and saw no one was down there so i thru the bag to the street since the chance of it burning the asphalt was lower than the chance of it burning my furniture. Then i ran downstairs to check weather it was OK and it was. The fire was out. Then i remembered there was the second battery, at this moment I already realized those batteries can burst out of nowhere when their hot - and they still were. ran upstairs and everything was alright. The scene ended.

WHAT AN ADRENALINE RUSH. 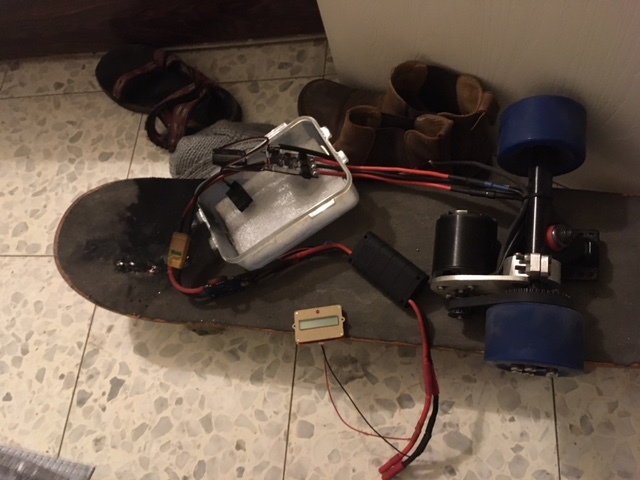 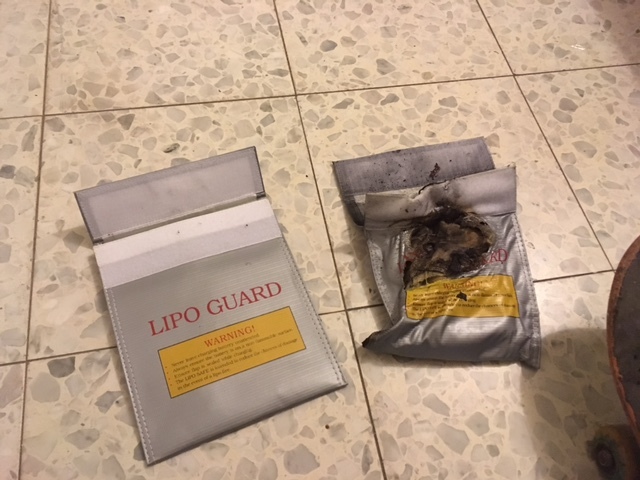 Hope you can learn from my mistakes. Cheers guys.

This was one… crazy and… at the same time entertaining story…

Do you think the batteries exploded due to the burned fet? or just faulty battery construction ? This is real life and its good you posted so everyone understands the dangers of making your own board.

I’m pretty sure it’s because of the FETs. If those are ruined it’s basically shorting the battery with the coils of the motor. If it was the other way around (battery going wrong first) i can’t see how the FETs would be affected. That’s my theory. can’t know for sure.

not trying to rub this in your face @hj01

But this practice should not be done, use a fuse, do not by-pass them 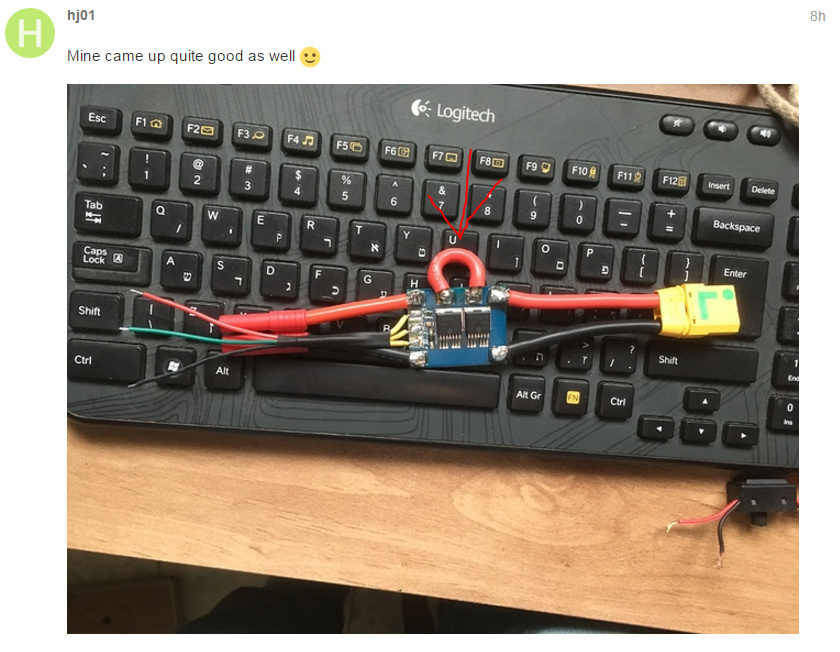 hard to tell by the pictures, but your vesc looks fine. can you probe the input to see if you have a low impedance (resistance)

Maybe the motor could have been shorted first. I’ve heard of it taking out other components when it’s shorted. According to lg’s testing on their site those cells aren’t supposed to go up in flames with a short. I suspect there’s a lot of stating things are safer in manufacturer tests. I shorted lg hg2s once and got lucky and it just puffed up the steel can. I’ve seen them shoot like bullets and makes me think Lipo are safer

That’s what i did with all the six FETs separately. Four are ruined and two are OK. That’s why i believe it’s the VESC that got wrong first.

I think that the 18650s lit on fire because they were close together in the battery. The First one did only puff up and release gas but it probably got worm and ignite one of the other ones.

FETS usually fail closed. I don’t know what you expected when you saw it smoke and still decided to turn it back on without troubleshooting first…

Not trying to be an ass but that was really stupid… You cannot blame it on the VESC.

The failed FETs created a short, that probably made your switch also fail since you bypassed the fuse and therefore you shorted your cells. Once the first cell failed, it acted as a short for the rest of the cells and there was nothing you could do then.

Throwing burning batteries off a balcony? Seriously??? Even if there was nobody in the immediate area, the cells can explode violently and throw shrapnel tens of feet away with the pressure they build up inside, add to that a drop of at least 20 feet and you sure as hell just created a way more dangerous situation.

All you needed were Lipo bags and a bin to contain the fire.

A regular fire extinguisher will not be suitable for lipo fires either. You need at the very least a Halon extinguisher.

95% of the time they fail closed (short)

That’s been my experience with failed e-switches for sure.

@PXSS can’t really understand whether you read the entire post.

In addition, i do not blame the VESC for the entire chain of events, i realize the what i have done wrong, and it is written in the post.

Nonetheless, it seems that the first element that failed is the FETs on the VESC. The other option is the motor but i can’t check that right now.

Thanks for sharing this @hj01 it’s a good reminder for everyone!

Here are some take-away messages in summary:

this video is actually from a while ago with an old flashlight battery; just now uploaded it to youtube for this thread’s purpose though: 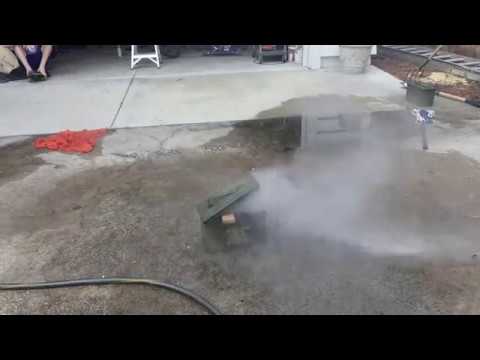 Thanks for sharing. Solid reminder that these aren’t toys

I like the comparison with fuel and gas… batteries are not that much different in that they also hold dangerous energy into them… which, if, is released in short amount of time… might be bad

Happened to me recently. My anti spark started smoking (I believe it was the Zener diode) and I turned it off. Took out the anti spark switch and plugged back in, works fine. I wish there was an easy to solder through hole switch. I guess I just have to get better at SMD. For now I’ll just use xt90s

Yes! That’s what I meant as seen in the third paragraph but obviously wrote the opposite lol.