Strange sound/functioning of motor during hills

I have built my first eskate, after killing my VESC once

. Now everything works near to perfection but I have an issue. I am using two 5s Lipo batteries connected in series giving 36V, a FSESC (Flipsky based VESC) and a 6374 190kv and 3250W motor. It rides really well but when I try to start it or ride it in an uphill (not too steep) the motor makes like micro bumps and it doesn’t show enough power to go up. But instead of just not being able to deal with it, it sounds like ta ta ta ta and makes bumps. It is an annoying sound and very difficult to ride it during that uphills.

I have tightened the belt so it can not be that. If anyone can HELP me because it could be anything in the configuration of the VESC or so.

PD: Sorry for my English, I live in a non-English speaking country and I wrote everything without a translator.

HI, I can’t upload a video to here

Okey, here you have it! 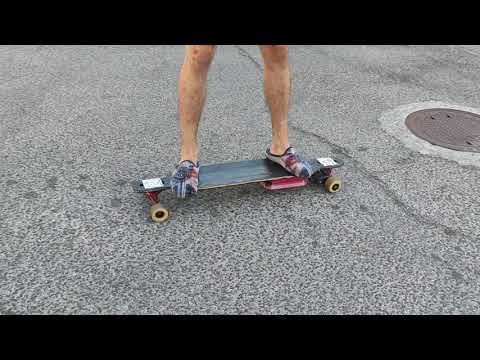 I mean, during flat roads and so the board behaves perfect without any sound, it is just when I try to go uphill…