Subsonic Talon - Is the 'kicktail' of any use?

As I’m riding along the streets of Helsinki, Finland, I constantly find myself stopping and picking up my board (like a peasant) to get over a curb or when I encounter a tight corner. There have even been occasions where I have missjudged the height of a curb and just gotten thrown off as my wheels crash into the curb. So I decided that it’s time to build another board with a different deck, with hopefully a kicktail of some sorts, as my current one does not have one and I long for one. Since an electric longboard for me is merely a means of transportation and I’m not an experienced trickster skater there just is no elegant way for me to get over an obstacle as my current board is 92cm, heavy and no kicktail,

The reasons why I’m drawn to the Subsonic Talon are as follow: 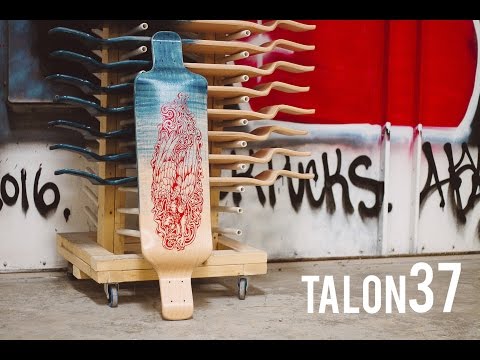 In the following video they do mention that the kick can be used to kick up the board, but what about us who attach several kilos of motors, batteries and electronics onto our decks? Could this tiny kick have enough leverage to be used for example at low speeds to get the wheels over a 5-10cm high curb?

I would call it limited use only. Like only useful for putting a foot under it and repositioning the board direction, or trying to leverage it up into your hand, but functional for riding? prolly not with the weight of ekates, no. I prefer a giant kicktail on eskates, big, square and wide… 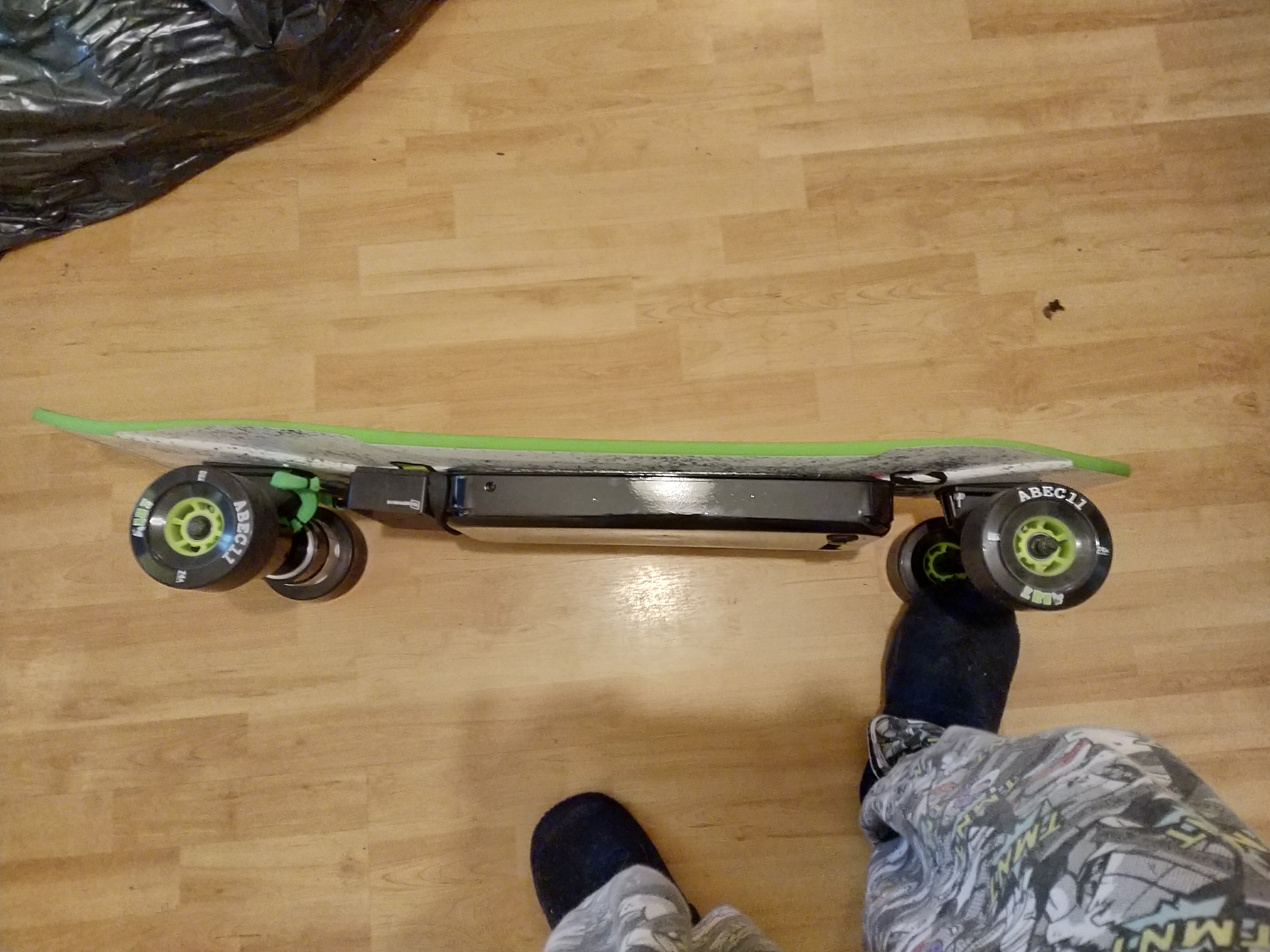 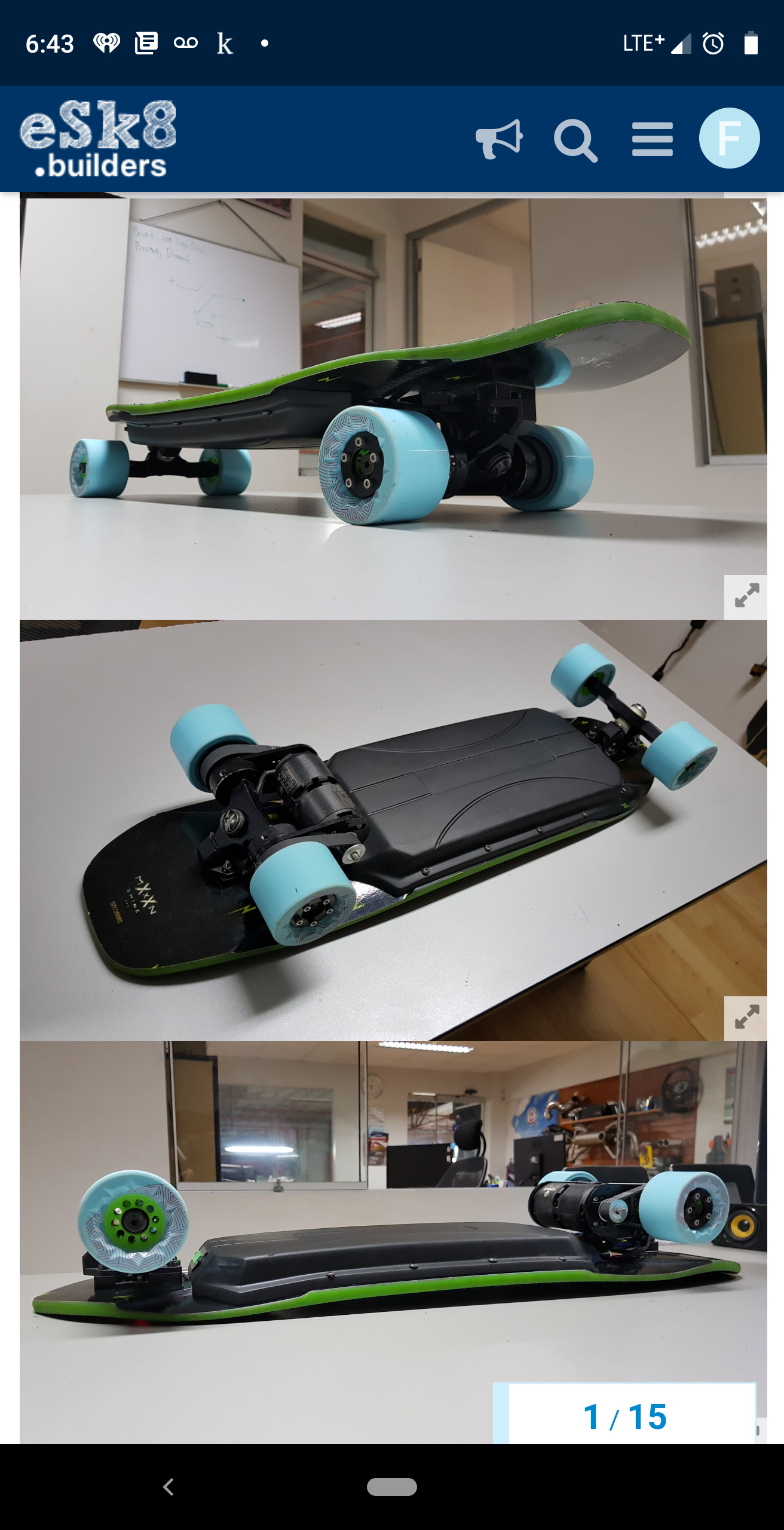 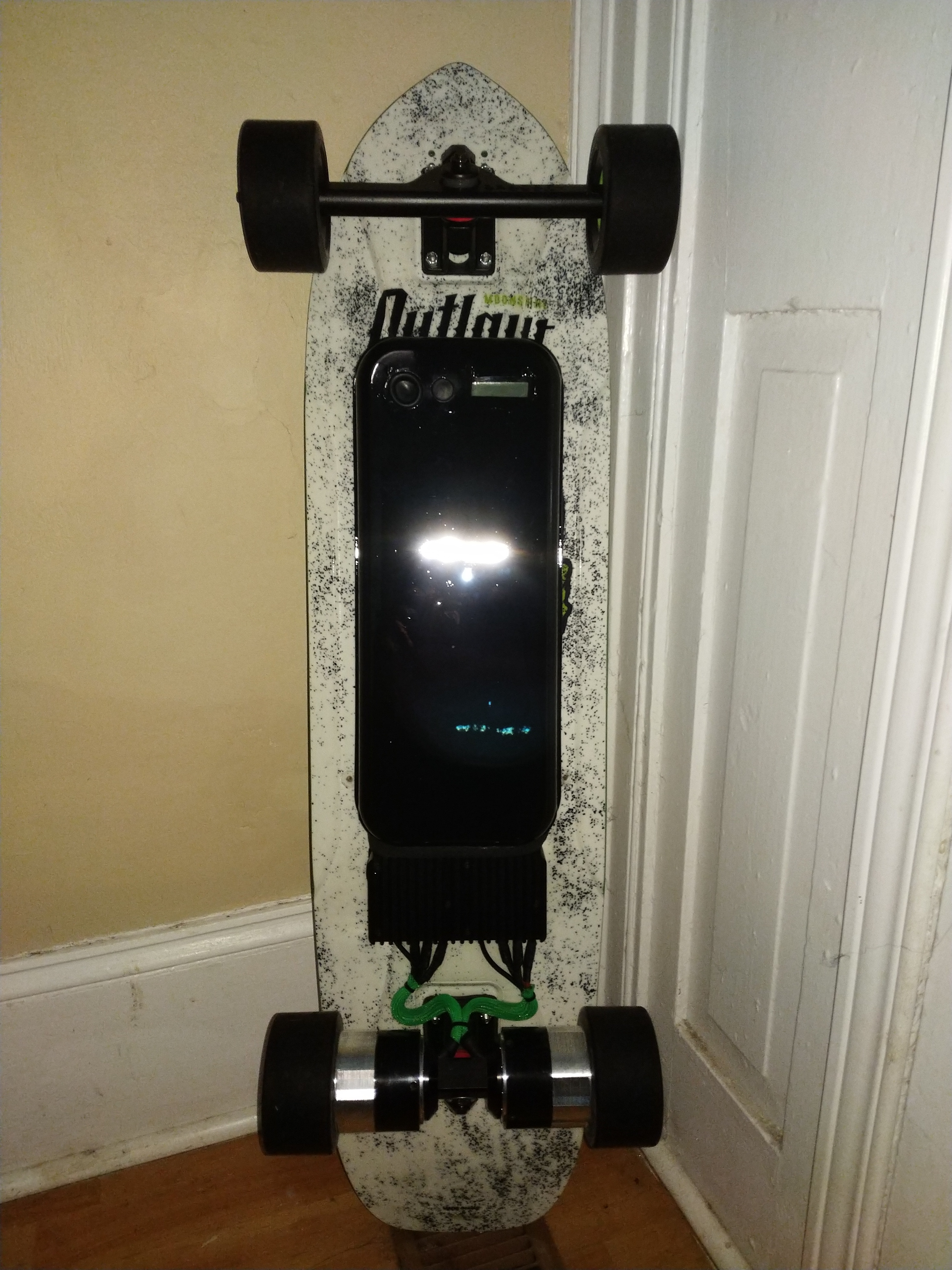 Something like this…black one is a moonshine sidkick…34 inch or 35…the white one is a moonshine outlaw 39or 40…that is at par with you subsonic choice…other then they are two different styles of boards.so not the same …just moonshine is a baller of a board like subsonic is… premium brands …look for something similar you will be ok… 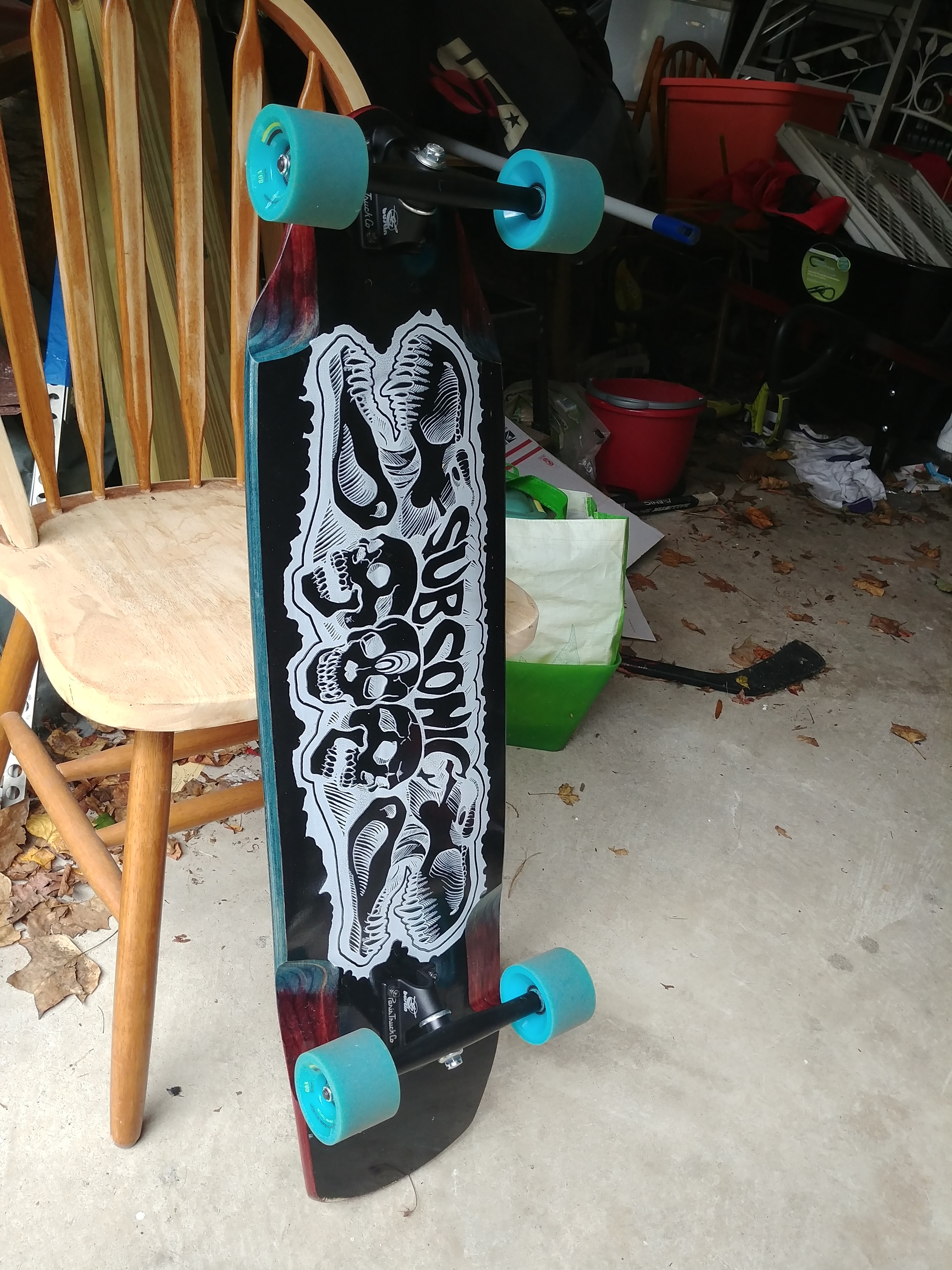 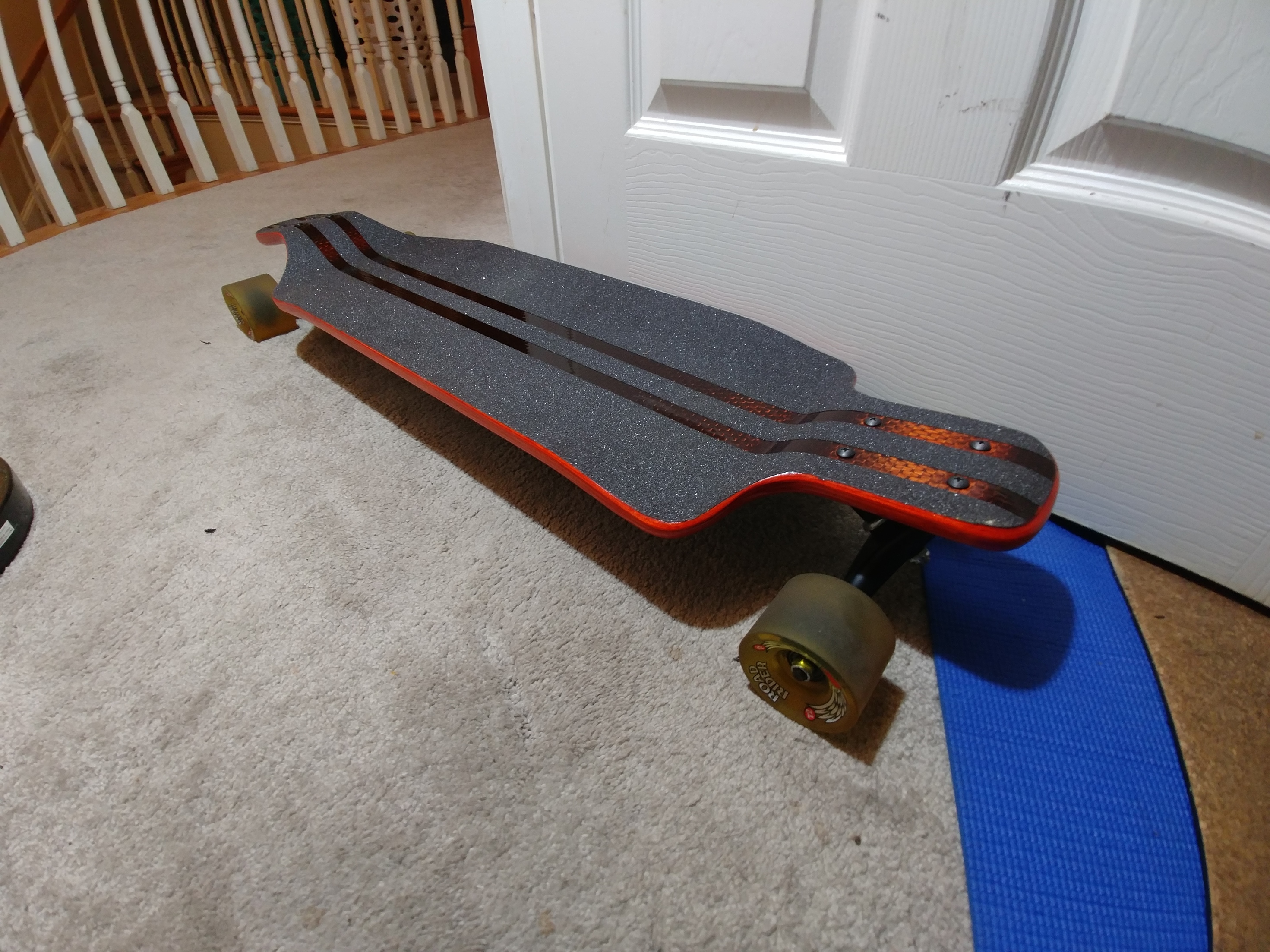 I have a talon and the kicktail is no way functional while riding. It’s used to kick up the board instead of bending down to pick it up

I would recommend a custom shadow with a Vega nose and a bottom or top layer of carbon. That is the second deck I linked. It can fit most normal enclosures from psychotiller or eboosted and it had great feel with the triplane flaired wheel wells and comes with a kick tail.