My main issue with the current board is the size and weight. It’s so inconvenient to carry around. I don’t need a speed demon. Torque and portability would be far more useful to me and I’ll be using a small deck so I won’t be able to go fast anyway.

So guys I have a few questions, what would you use for such board?

Deck? I like the jet spud but it has to be an EU vendor, I’ll take alternatives under 34" preferably light and not outrageously expensive. A kicktail would be nice

My commute is mostly going to the train station to work with some mild slope, range won’t be an issue because I don’t rely on the board for the whole commute.

They one thing I like about my current board is it’s light enough that I can grocery shop while carrying it around and holding a basket in the other hand. It’s only dual 5055 at 6s3p.

While I think the size would be great, the weight is kinda similar my board is clocking at 18lbs and I find that unwieldy also I don’t really need this kind of power for my commute I’m a light guy at 130lbs

Wow that’s exactly what I’d like to do with this build what cells and motor (brand that is) are you using?

It’s a pre built board

There was a thread I was reading a day or so ago. A smaller carbon fiber deck with build in enclosure was recently made available to us. At a good price too… deck had pink letters… Can’t remember.

Do some googling for arbor mini cruisers, there’s some crazy deals on at the moment if you like the look of them, I saw one for €37 yesterday.

Hold your hand down by your side and measure floor to fingers, that’ll give you a swinging mall grab measurement to the truck. Single 6355 and simple esc will keep weight, cost and complexity down. I’d say think less about battery configuration at the start and more about how many cells you want vs weight. Then adjust your motor to whatever kv is needed to get the range and torque from the configuration you decide on.

That’s a diyeboard kit on the R1. Out of interest how many miles have you put on it? Is it reliable?

3 months every day to work. 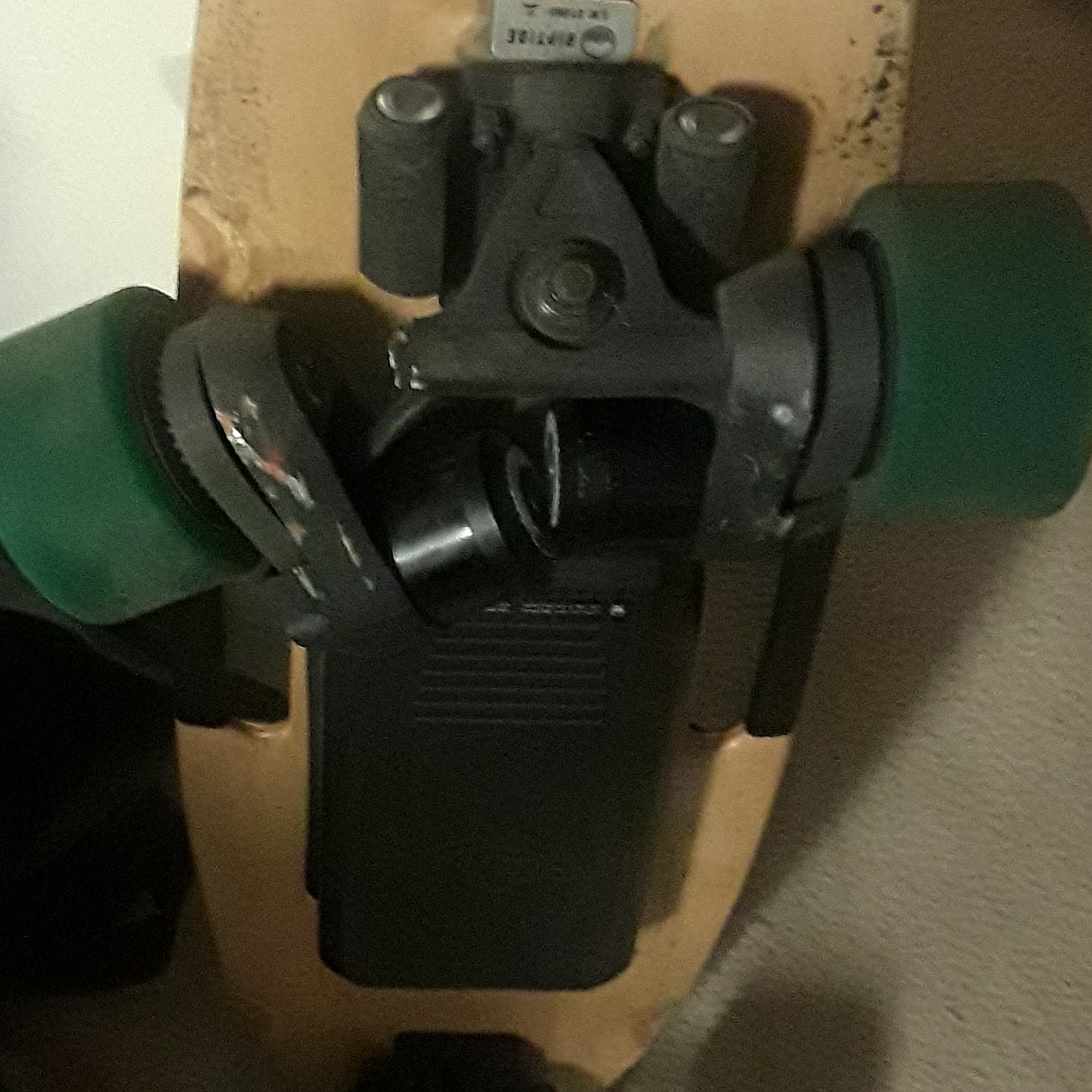 The cast trucks didn’t hold up. But I’m 200 pounds and always have a pack on. It definitely leaves me wanting more in acceleration, speed and braking but that’s why I’m building a different board. Single 6355 on a 10s2 would be just as light and probably perform better and then you can share one charger.

16lbs is pretty light with a handle, a handle makes a huge difference.

get a Lou deck and a single 5065 140kv on 15/40 gearing. Or get a https://milespower.com/collections/miles-accessories/products/esk8-diy-deck-kit

That’s the deck I was thinking of

Well as far as cells goes I thought around 18 - 24 for 18650 and 10 for 26650 so around 2lbs for the pack. I want to know what config so that I know what motor kv i’ll have. I want to keep the weight under 12lbs if that’s possible. Probably stick with the VESC unless there’s a reason not to

The truck thing was just an afterthought

Have you dug through previous builds here? I’m going to join you in the mini cruiser club as soon as someone figures out how to implement endless ride on vesc.

I did, saw countless of spud builds though most of them are performance oriented and even a few Pennys but those are really stretching it. I’m mostly curious about the technical side and building the ultimate last mile commute device

Here you go: 30", single 6368 motor, calibers and 83mm wheels. Will be with 6s lipo but has infinite space to expand this. Should be around 10-12lb once finished 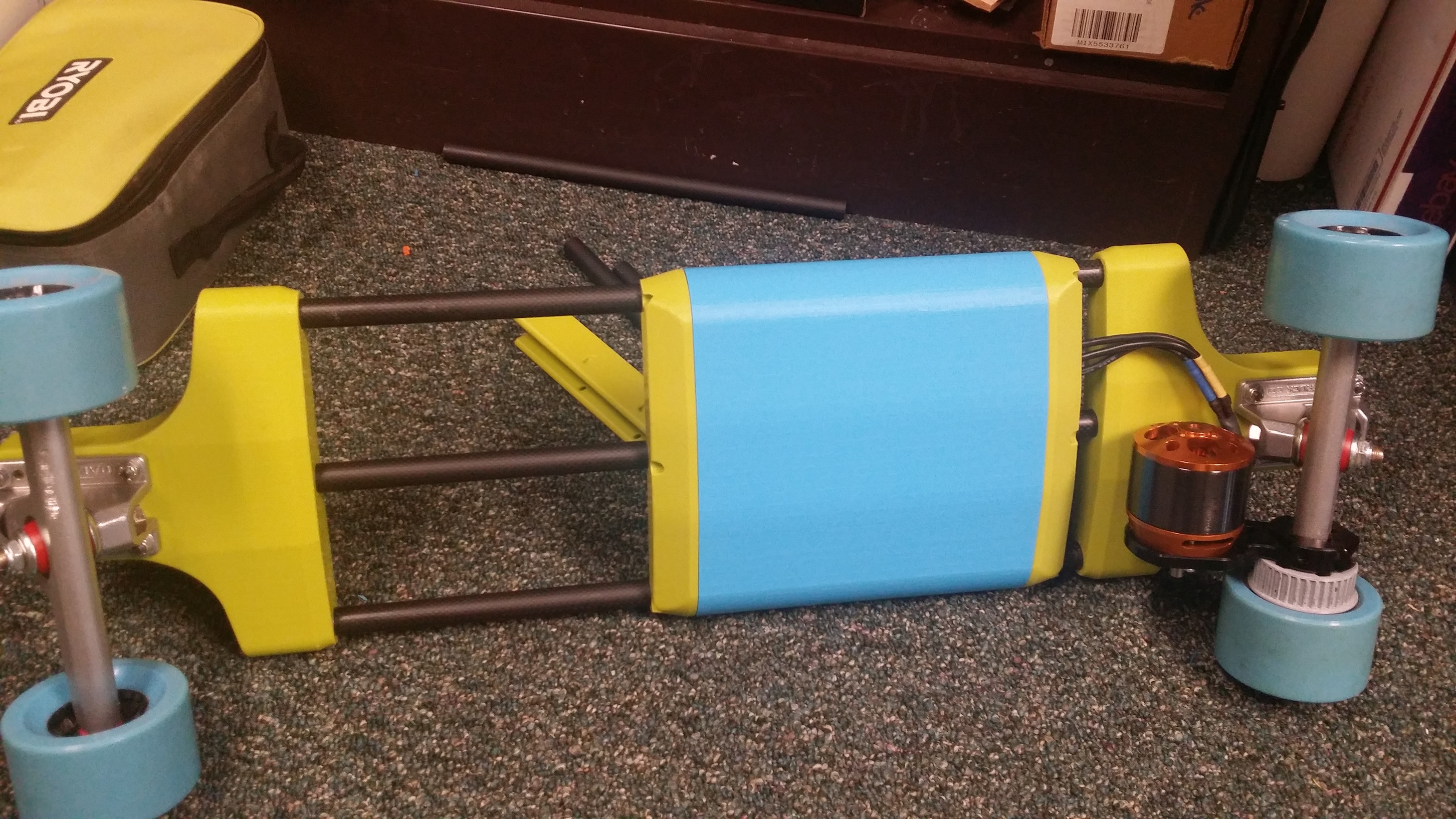 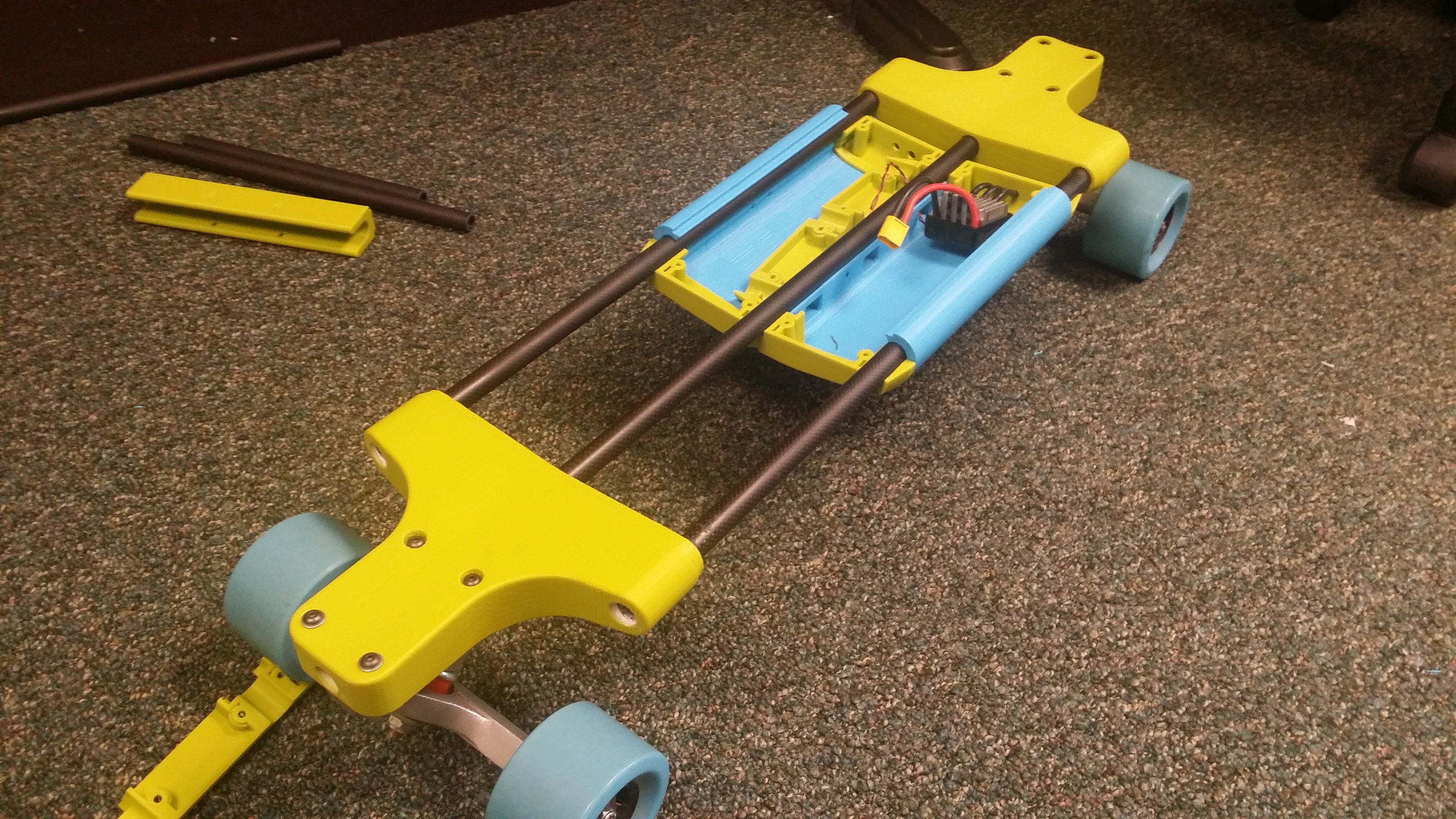 My upcoming build, shooting for 12 lb board weight.

Torque is limited by 1) motor max amps and 2) battery amps. 6374 has an 80A max current (allegedly), which is higher than the 2x32A for dual 5045, is less complex, and similar weight depending on what motor mounts, pulleys you use etc.

18650 cells at 20a current per cell (even with no sag) isn’t ideal in 2p format. Cells in general have good Wh/kg energy density, are pretty bad by way of W/kg discharge density. So I went with 10s1p 5000Ah, 35c LiPo which hopefully should provide well in excess of the 60a my esc should handle.

As far as cells. I’m rocking lg hg6 20650 cells. Mooch rates them as true 30a discharge cells. The capacity is claimed to be 3000mah, mooch claims closer to 2800mah. For smaller packs, these cells are better than 30q’s IMO. Simply because at 2p, you still have 60a to work with. That equals no sag. I’ve only spent a few hrs on my mini build so far. But i still haven’t had to charge that battery yet either! Pretty sweet and highly recommended. Im rocking a single 6355 motor. I went single drive to reduce weight and cost. Not a ton of hills where I’m at so no issues with climbing. My setup is probs right around that 12lb mark.